Nike’s dominant run in the basketball category extends beyond the professionalism of the NBA to the collegiate ranks too. More than two-thirds of all teams entering the final 68 seeds included in the upcoming 2016 NCAA Tournament will be rocking some form of Swoosh branding on their uniforms and sneaker selections. That’s 44 total teams to increase the likelihood that you will see Nike branding galore when the National Champions hoist the trophy and climb the ladder to join the prestigious net collector’s society. To help ready fans for the excitement, Nike Basketball enlisted some of their marquee NBA athletes such as Kyrie Irving, DeMarcus Cousins, Draymond Green, DeMar DeRozan, Karl-Anthony Towns, Aaron Gordon, and Kelly Olynyk to don the new version of Nike’s Elite uniform set for this year’s tournament. You can check out the full story here, and be sure to fill out that bracket. 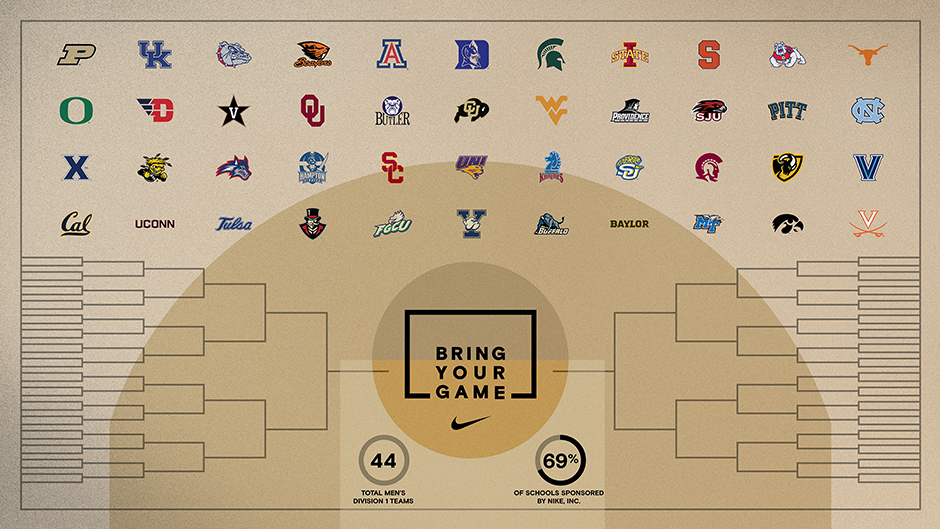