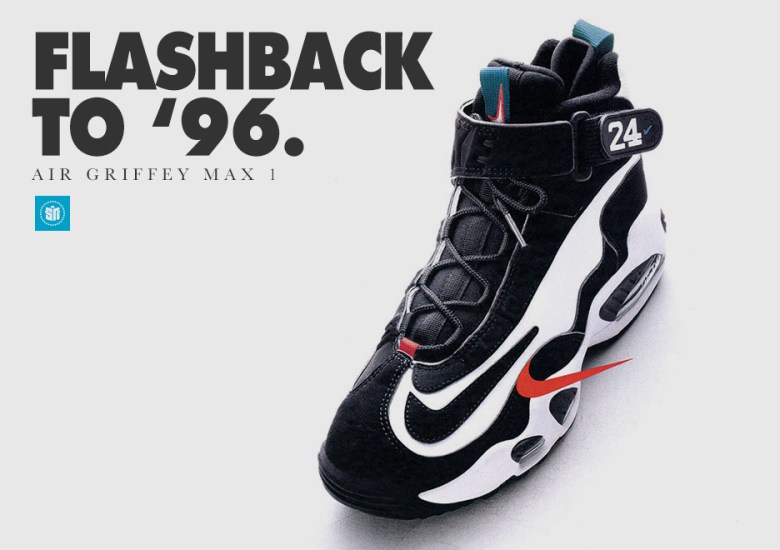 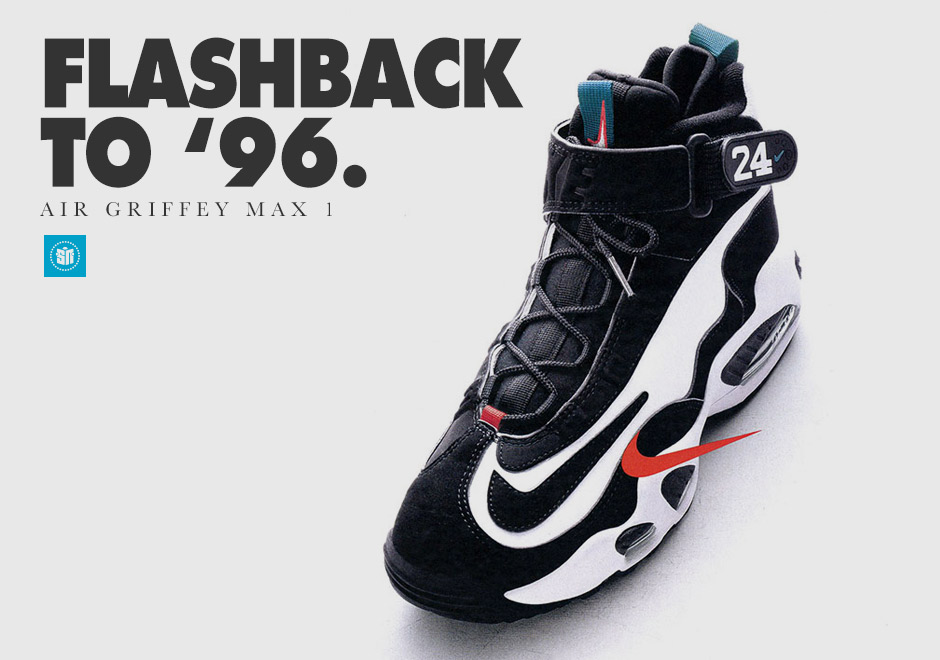 This weekend Ken Griffey Jr. officially becomes a member of the Baseball Hall of Fame. Being inducted this Sunday, July 24th, “The Kid” that would become one of the most popular and beloved athletes the game of baseball has ever seen was a lock for a first-ballot entry, and actually broke the previous record held by Tom Seaver for the highest percentage of votes at 99.32 percent. When it comes to baseball, obviously few names are as heralded as Griffey’s. And when it comes to sneakers, his name is up there with the greatest and most iconic athletes closely associated with Nike throughout the years, ranking next to legends like Michael Jordan, Bo Jackson, and Andre Agassi in the brand’s history.

Just like Jordan, Bo, and Andre, Griffey also had his own signature line that is still celebrated today. Easily the most popular and most-retroed turf trainers ever, Junior’s signature Griffey Max baseball cross-training line began in 1996 with the Air Griffey Max 1. As we continue our Flashback to ’96 series, there could be no better sneaker to take a look at in the days before The Kid enters the Hall twenty years later. Read on as we recall the landmark training shoe, its on-field cleat counterpart, and of course, the Griffey in ’96 campaign. 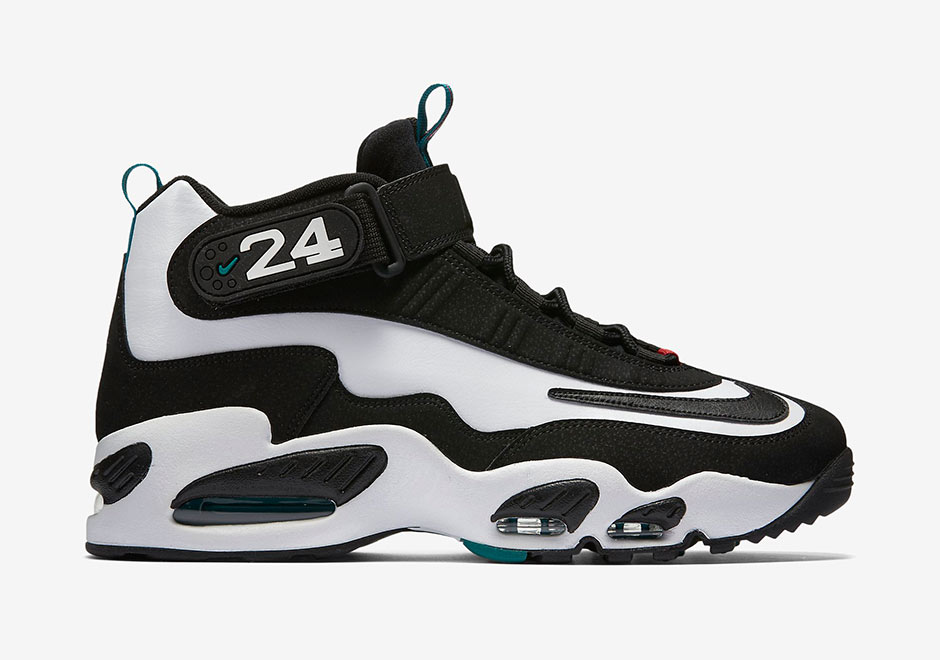 The Greatest Turf Trainer Ever

When it was released in 1996, the Nike Air Griffey Max was instantly one of the most popular training shoes ever. Of course, just being the signature model of one of the most renowned athletes on the planet definitely didn’t hurt its sales, but the bold design also stood for itself with the ankle strap, large toe Swoosh, Air Max in the heel and forefoot, and the Seattle Mariners colorways featuring the on-trend teal accents. In the twenty years since, it’s become the most re-released turf trainer ever, dropping numerous times in the original looks and countless new colorways—the latest of which, the “InductKid” version in all-white with bronze accents, was specially created to honor Griffey’s Hall of Fame induction. 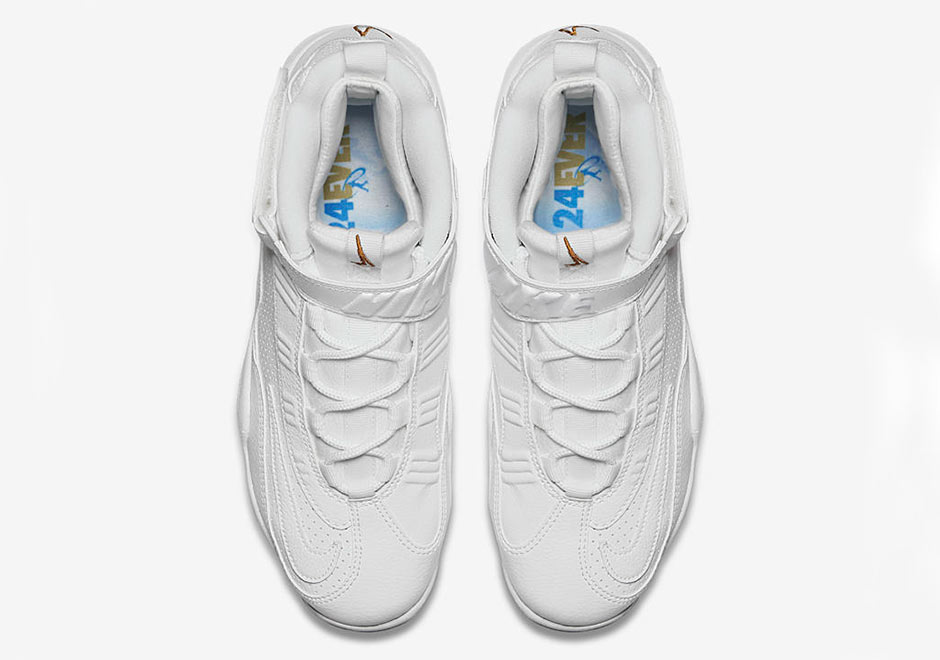 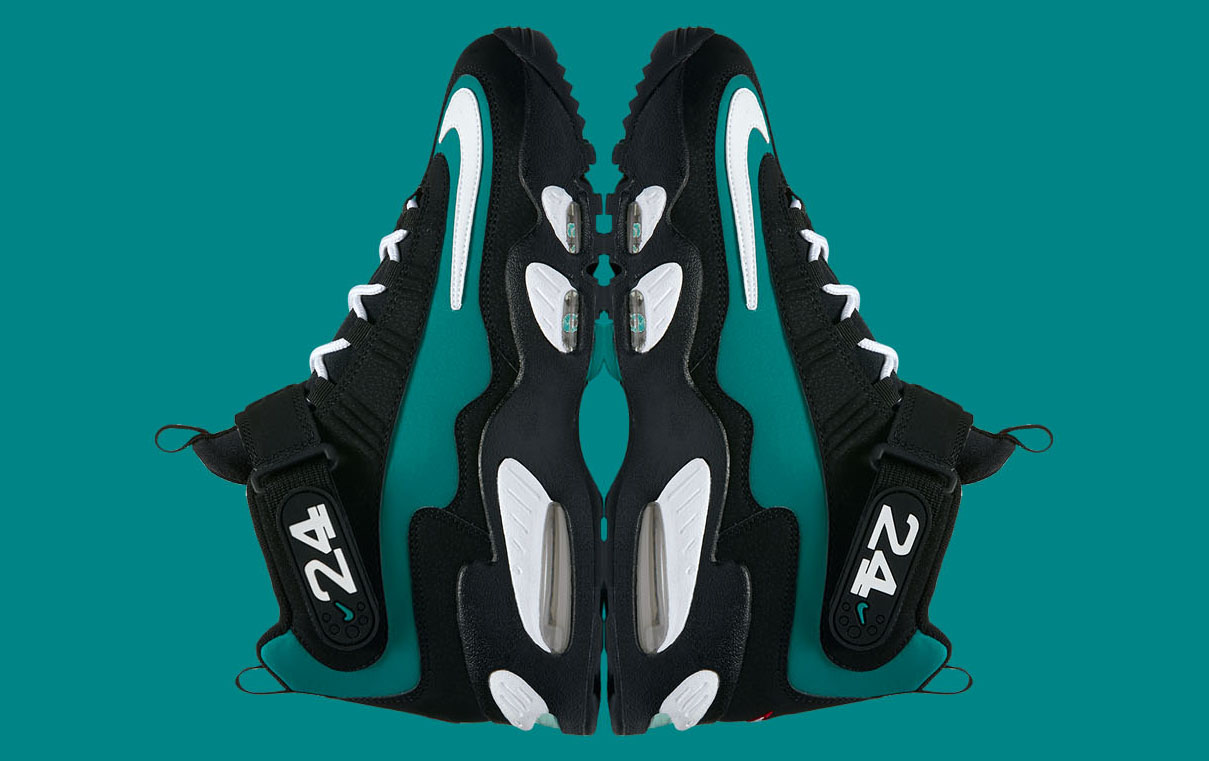 The Air Griffey Max originally released in three colorways in 1996. The two Mariners-inspired colorways in “Freshwater” and “Emerald” you’re probably familiar with, but many forget that the “Varsity Royal” colorway that has retroed a couple of times (including this year) was also an OG release. The royal, white, and neon yellow color combination seems to have released in quantities relatively limited in comparison to the two well-known versions in 1996, making it the “forgotten” colorway. 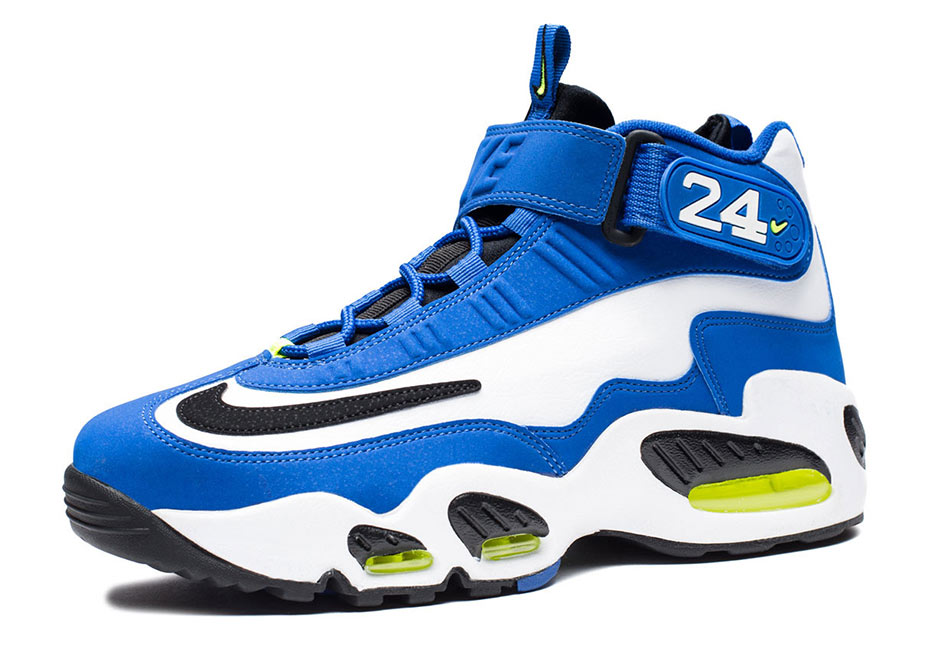 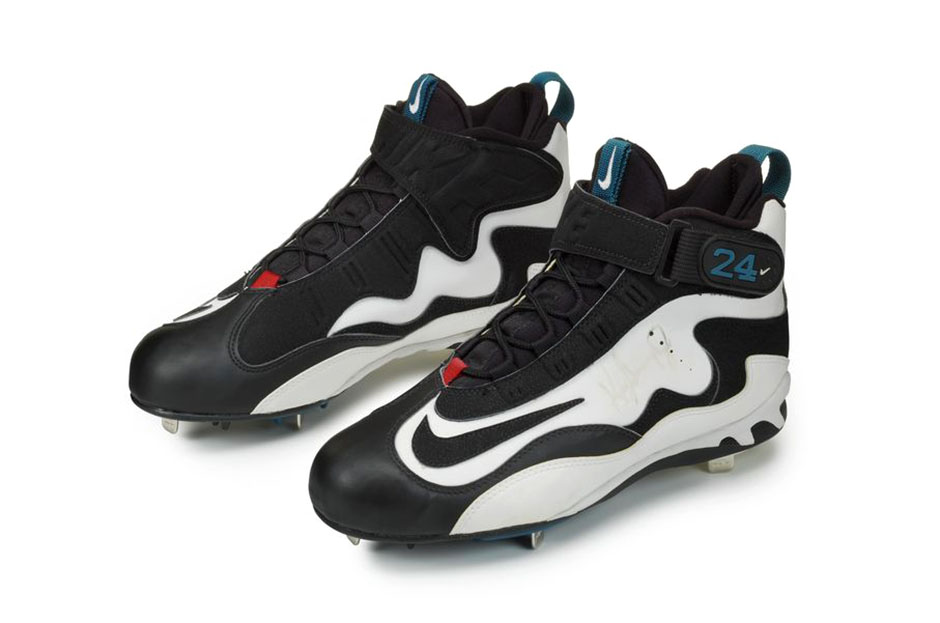 A on-field version of the shoe was worn by Griffey during games that featured the same upper design with an Air-cushioned metal cleat tooling. Not just a PE, the Air Griffey Metal was also released at retail, allowing all baseball players to at least try to look as cool as Junior on the diamond. Griffey actually began wearing the cleated version late in the 1995 season before the trainer was released.

The 2016 presidential election seems to be just one big, bad joke, but in 1996 there was something to laugh about in good way at election time: the “Griffey in ’96” ad campaign by Nike. The series featured a fake presidential run for Junior, with policies including a lift on the (made up) MLB pepper ban. The campaign even included Griffey in ’96 apparel like t-shirts, stickers, and the button seen above. 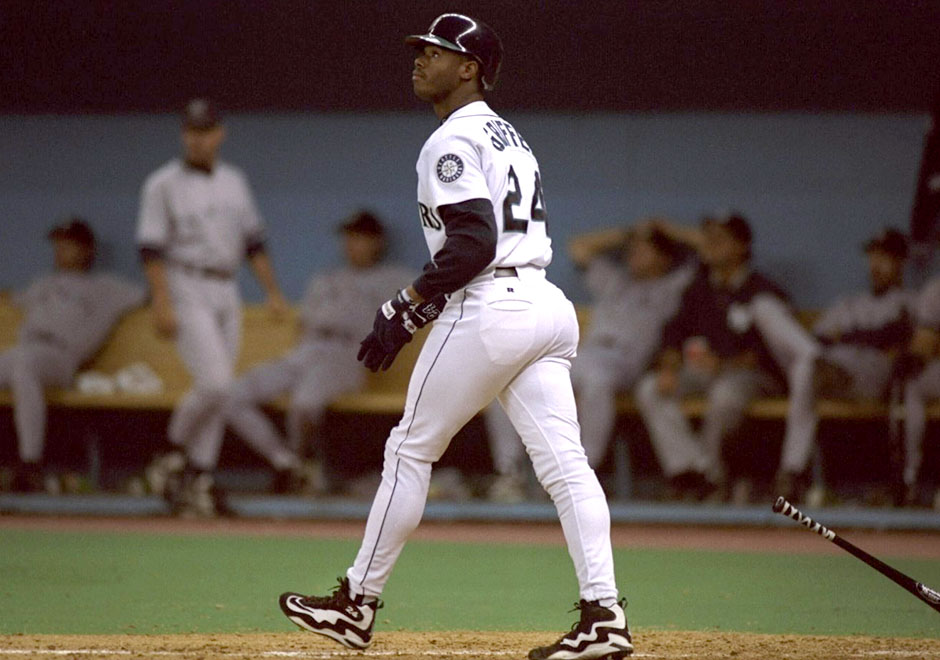 As customary with every Flashback to ’96, we couldn’t finish without a few vintage shots of Griffey in action wearing the shoe. We even tracked down a baseball card, Sports Illustrated cover, and Wheaties box with sightings of the Griffey Max and Griffey Metal. 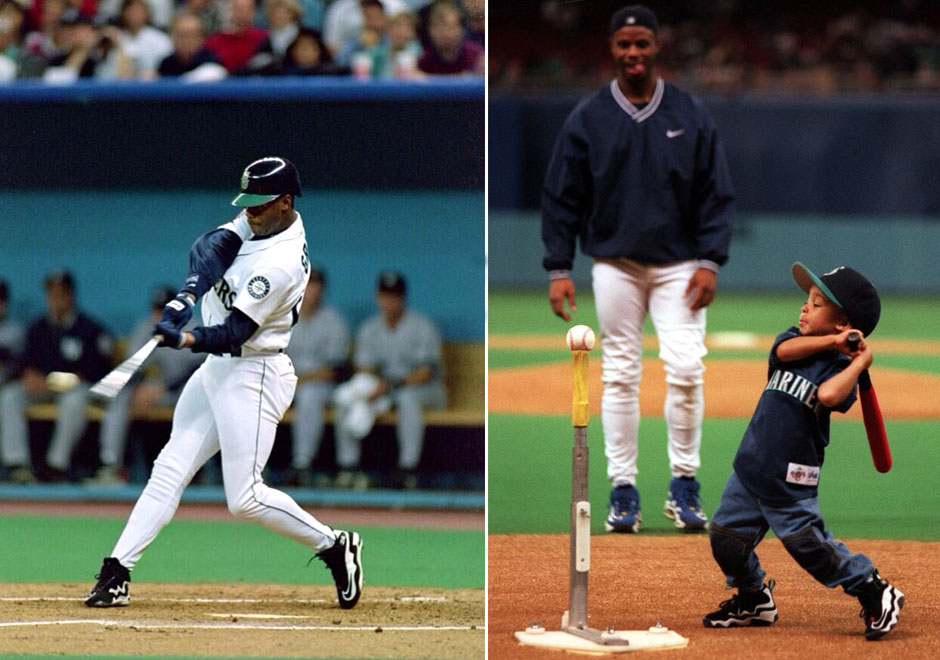 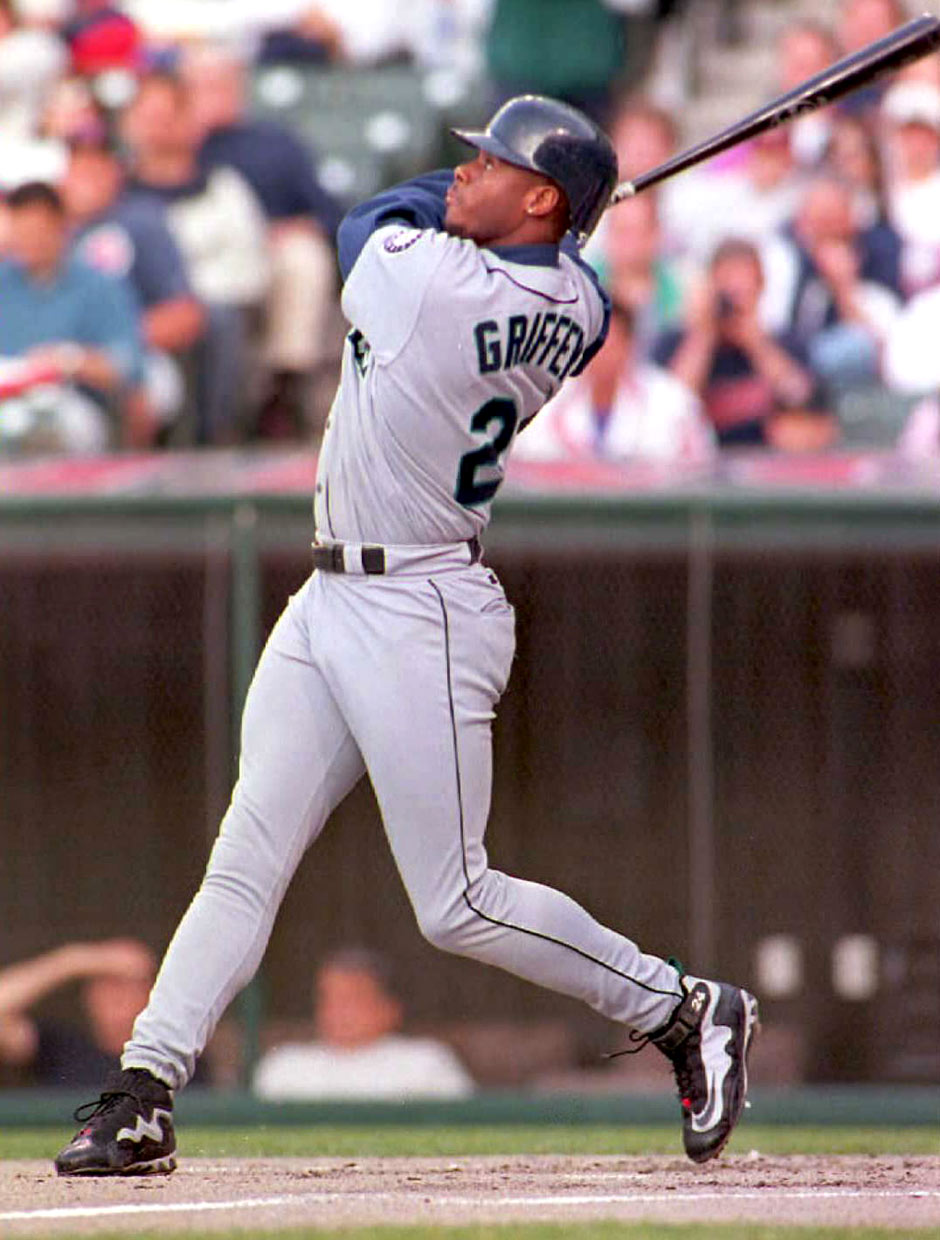 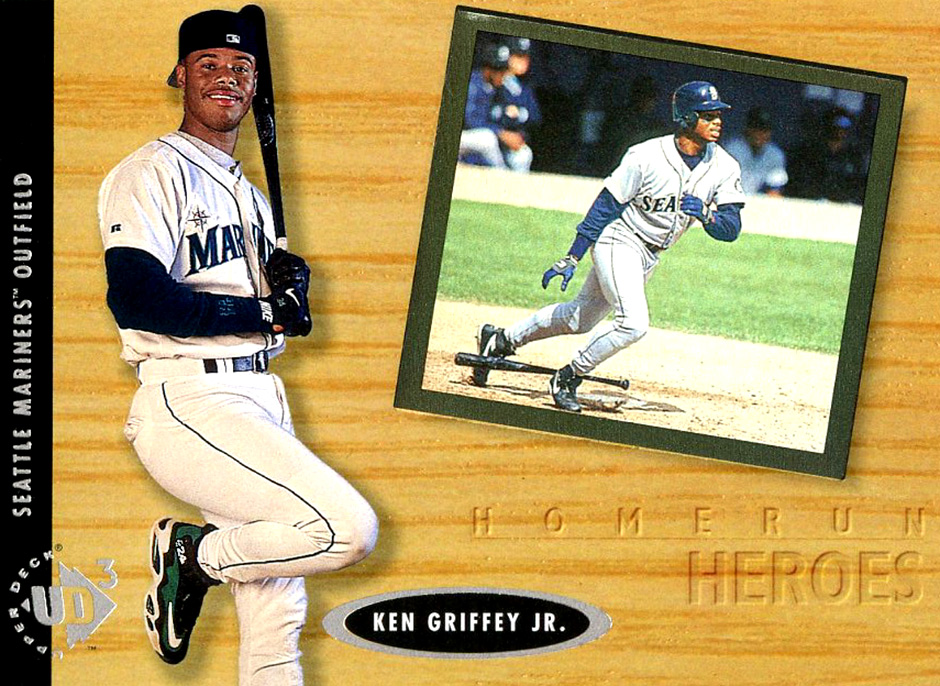 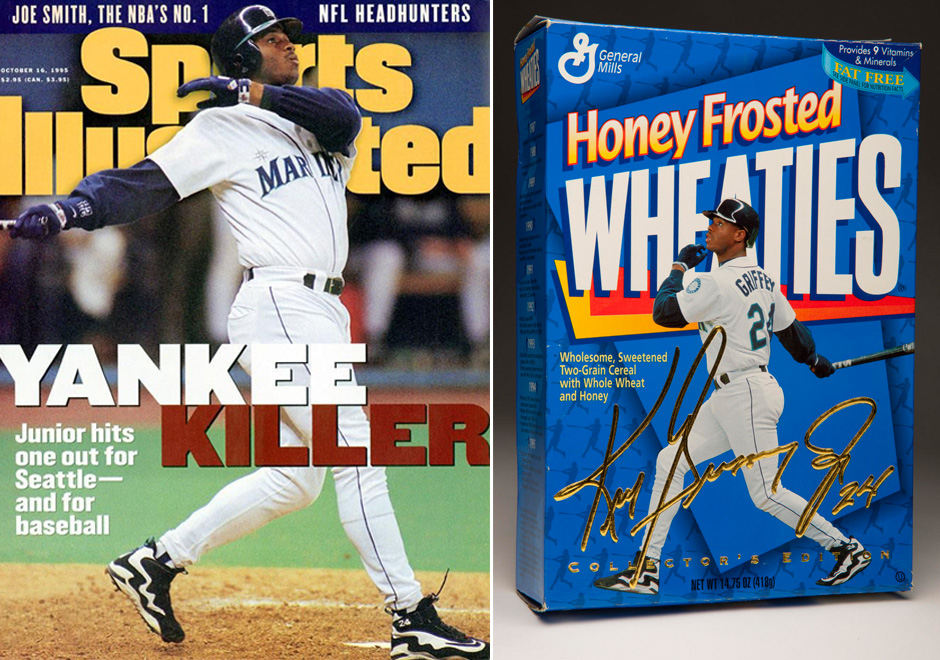 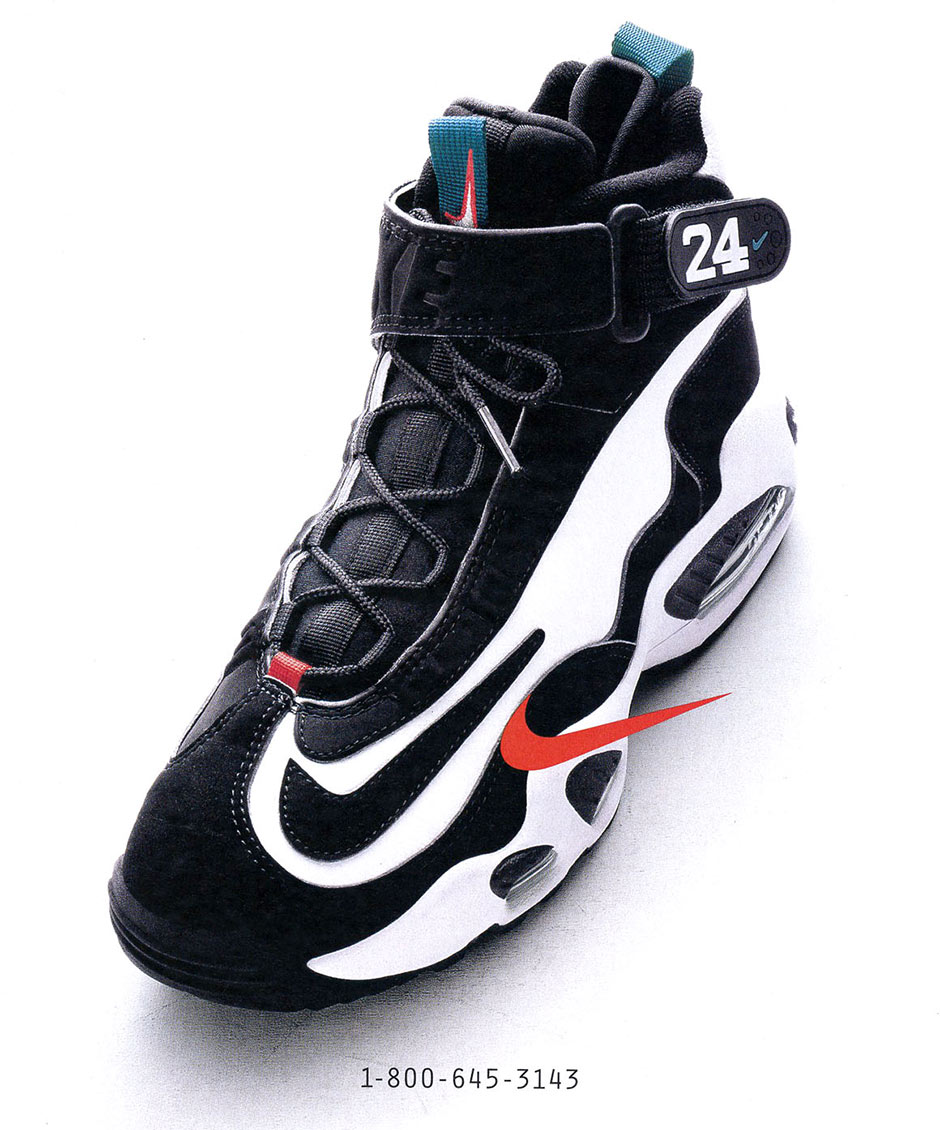 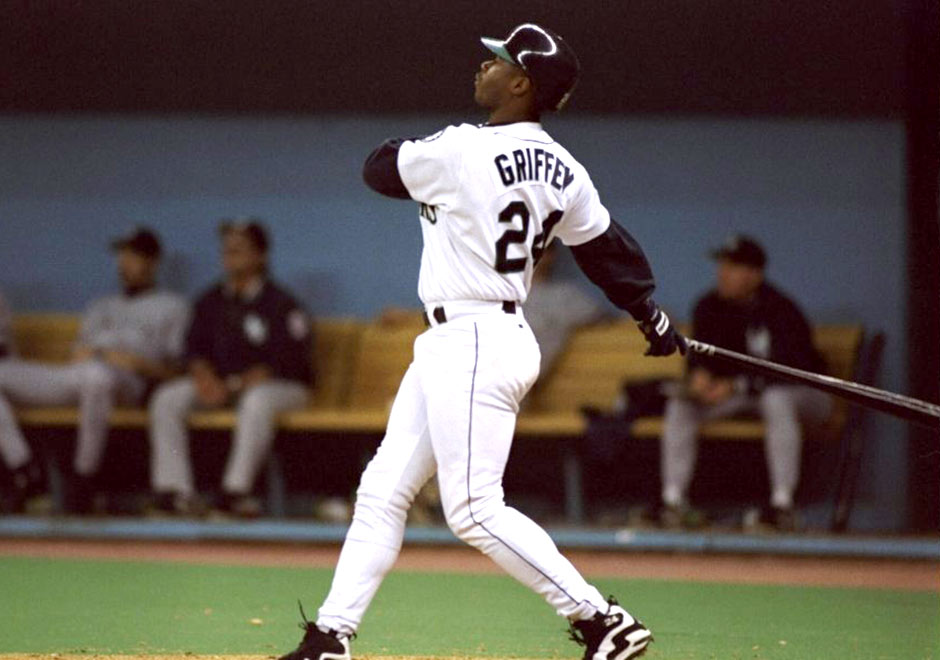 Ken Griffey Jr. enters the Baseball Hall of Fame this weekend, and if there was such a thing as an official sneaker hall of fame, you can bet he’d already be in that. As the sports world reflects on Griffey’s accolades on the field and his immense impact on baseball, we know the same rings true for sneakers. Griffey in ’96…and forever!