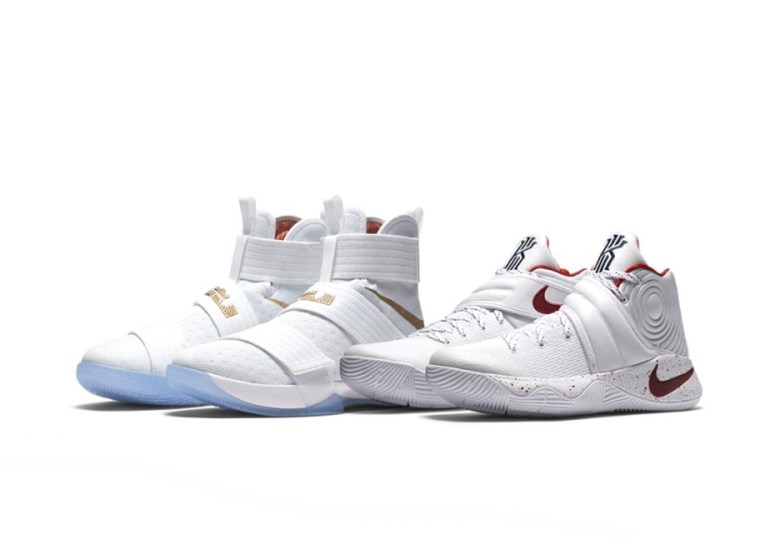 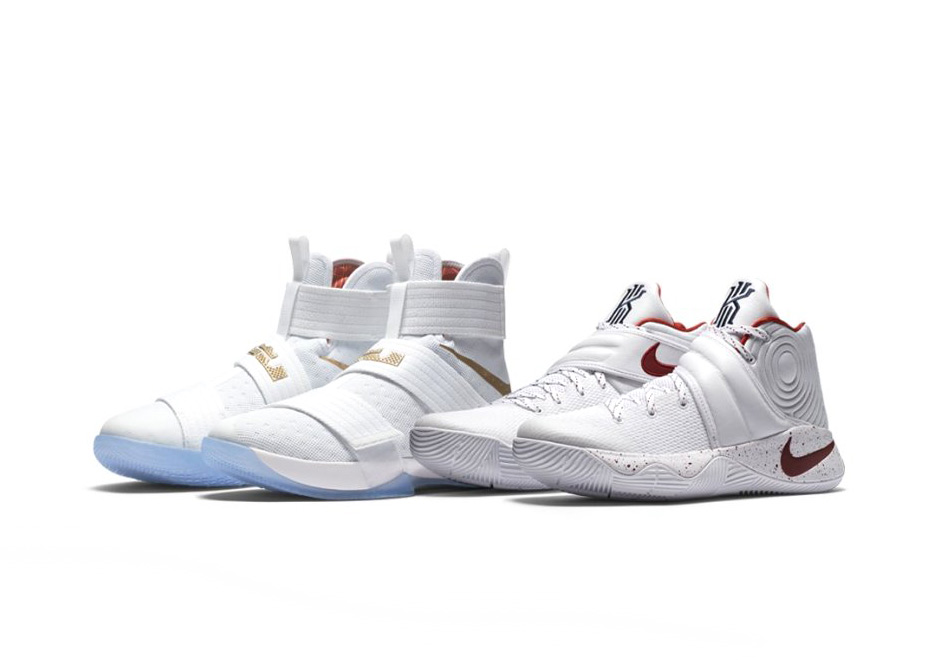 Game 6 is where LeBron, Kyrie, and the rest of the Cavs squad grabbed full momentum of the series. At Home, the two Cleveland stars led their squad to a 3-3 tie, setting the stage for the most epic Game 7 in the history of the NBA Finals. Today, Nike will continue the Four Wins series with the Game 6 set featuring the LeBron Soldier 10 and Kyrie 2 in white/red PE colorways that were worn that game. The shoes will only be available at select stores and pop-ups, so check the store list ahead.