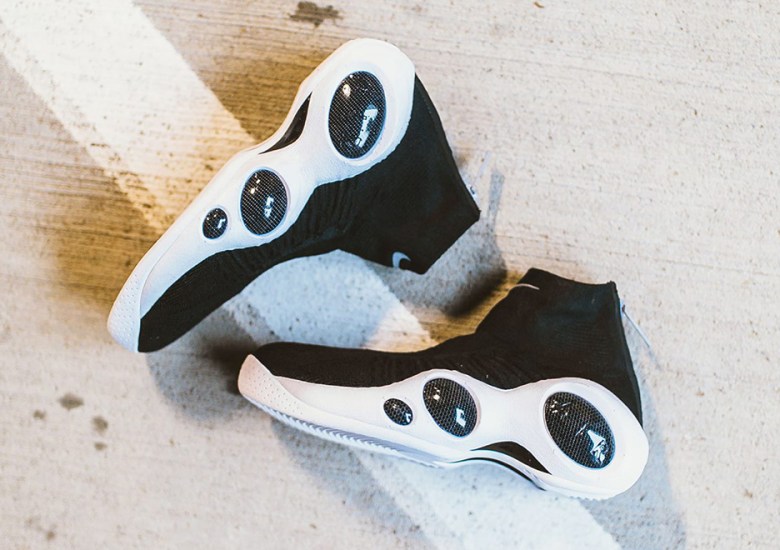 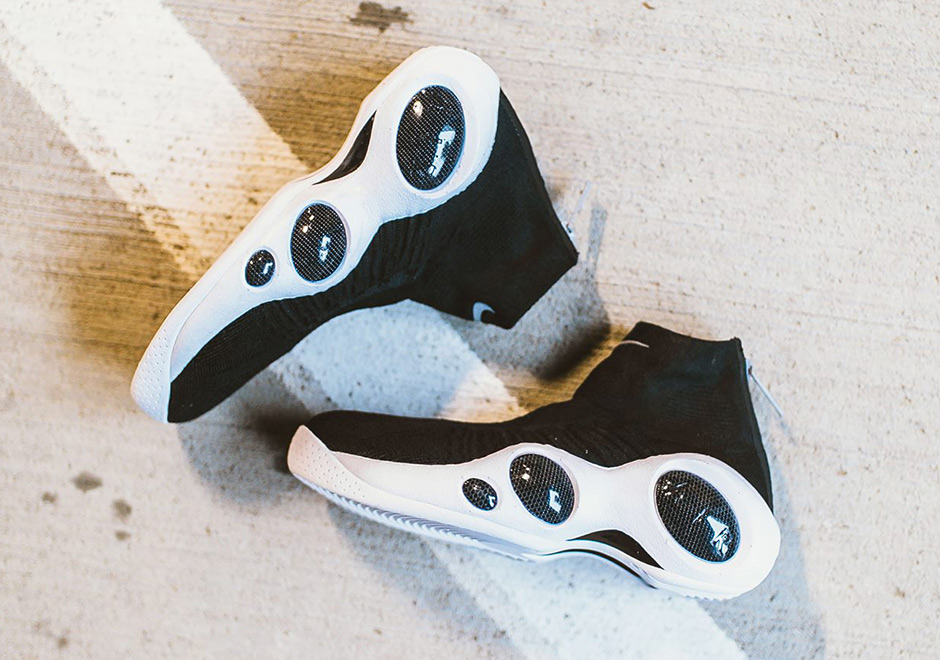 Unlike the original Nike Zoom Flight 95 that’s pretty much accepted across the board as one of the greatest basketball sneaker designs of the ’90s, we’re expecting the new lifestyle version of the shoe dubbed the Zoom Flight Bonafide to be a polarizing affair. The unusual design with a high-top Flyknit upper above the iconic Zoom Flight 95 bug-eye sole design stirred up some conversation when it was first revealed during NYFW’s “Five Decades” Collection. Even if these reworked styles aren’t your think, a re-release of the original is likely to come (and remember NikeLab is dropping its own versions as well). This homage to the OG black/white colorway finally releases on May 11th alongside the grey Flyknit version. Do you love it or hate it? 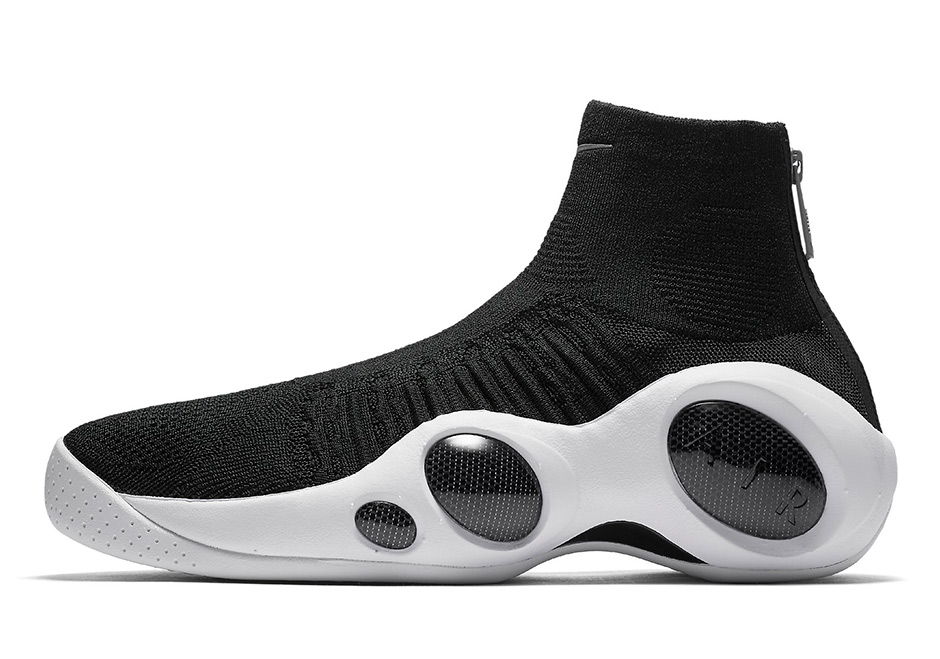 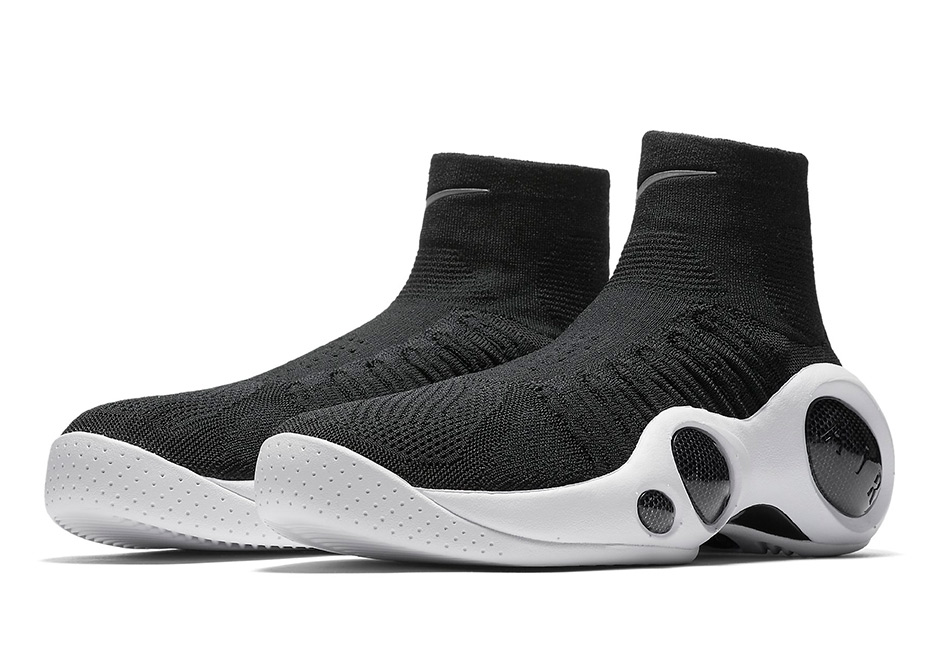