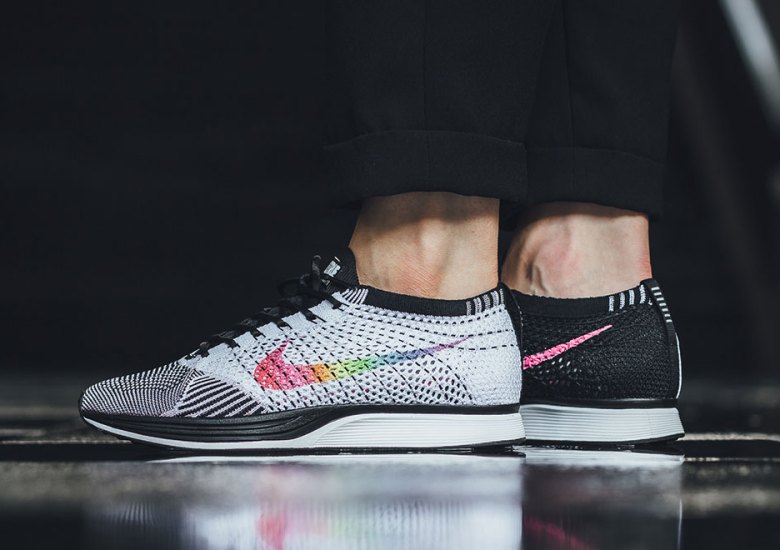 On-Foot Preview Of The Nike Flyknit Racer BE TRUE 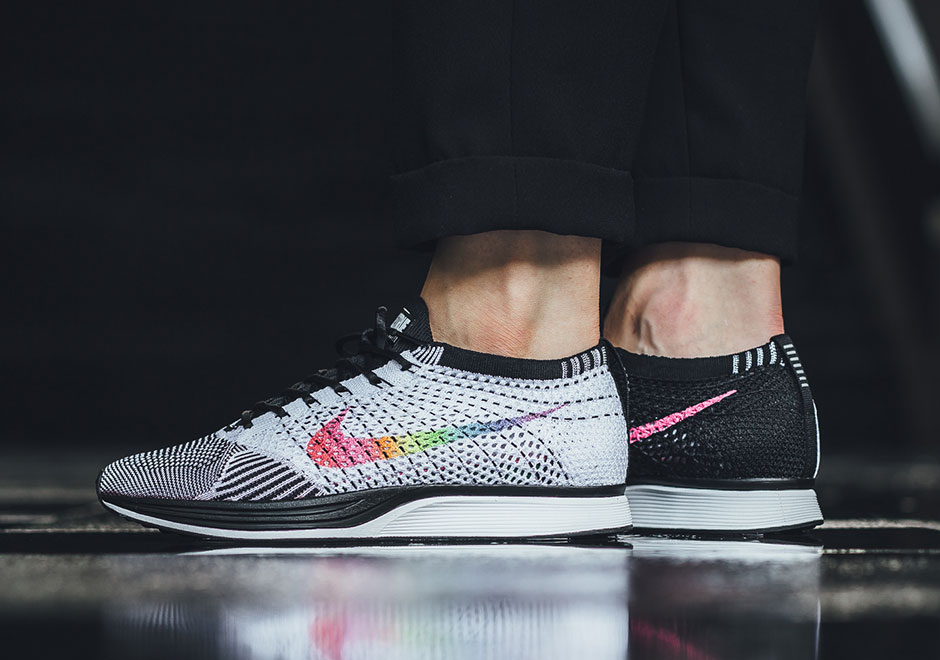 The Nike BE TRUE collection is back for 2017, and arguably better than ever with the addition of the rainbow-soled VaporMax and this colorful new edition of the Flyknit Racer. With the classic black and white Flyknit weave at its base, the modern classic runner features its own rainbow fade across the lateral Swooshes and solid bright pink for the medial Swooshes. It’s all capped of with a BE TRUE logo on each tongue. By now you’ve probably seen previews of the Flyknit Racer supporting the LGBTQ community, but here’s your first look at what you can expect them to look like on foot. Like what you see? Then don’t hesitate to grab a pair when they release on June 1st, because they won’t last long. 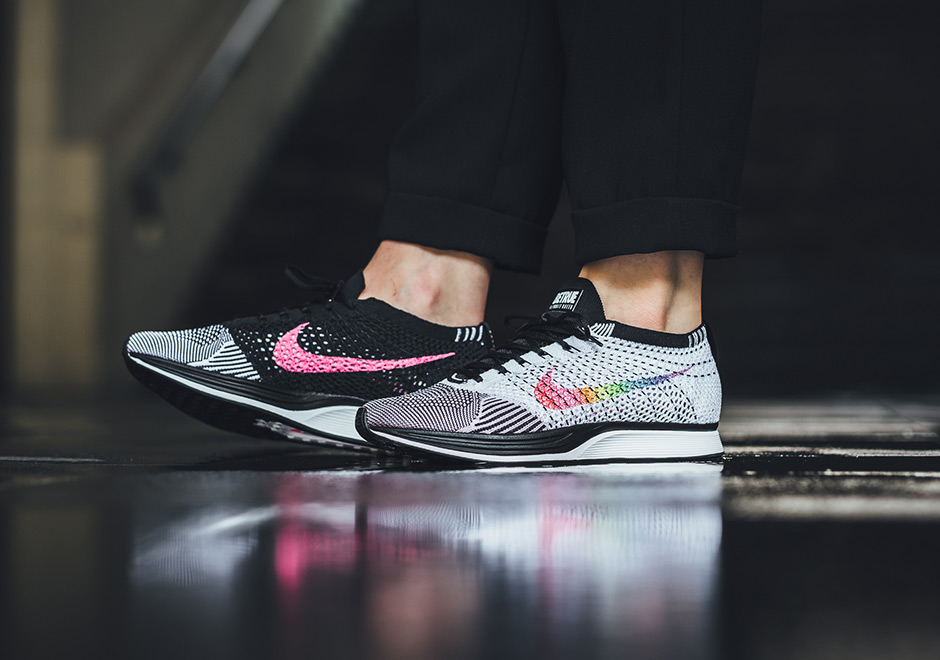 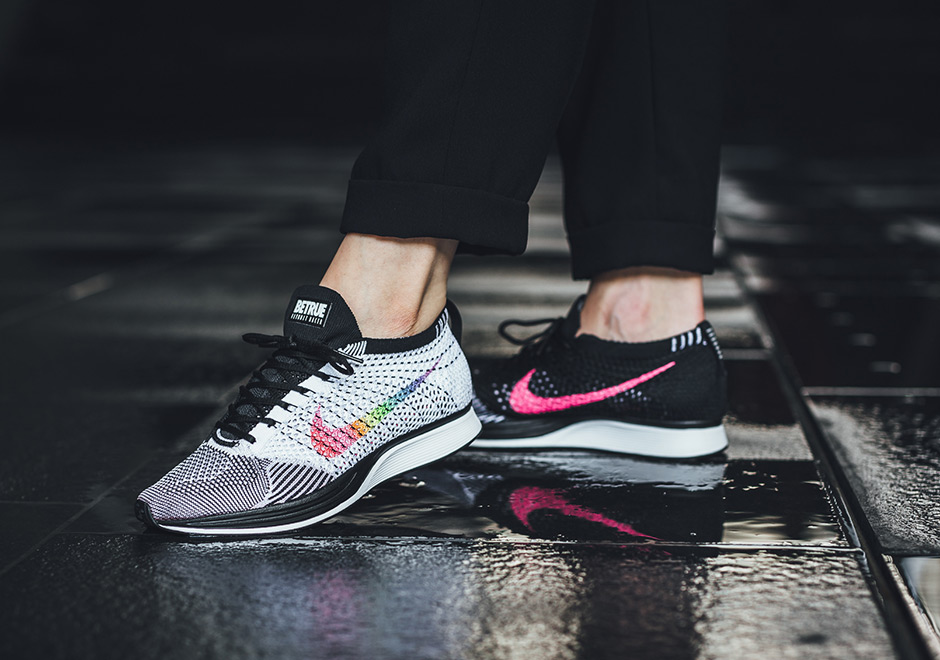