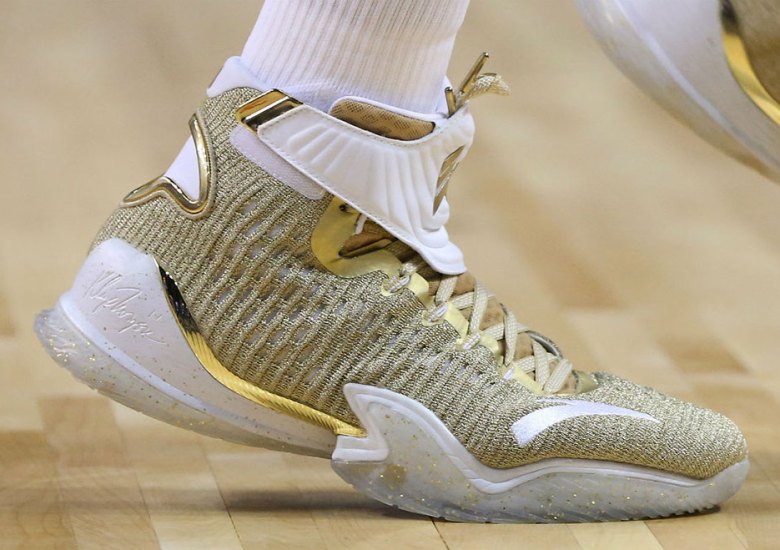 Hitting the court with the Golden State Warriors at Global Games in Shanghai, China this weekend was Klay Thompson, who shined like nobody else thanks to his golden new colorway of his signature Anta KT3. Dubbed the “Gold Blooded” colorway, the shoe celebrates the Warriors’ latest NBA championship, and was produced in only 99 pairs. Why only 99? That number represents the 82 regular season games and the 17 postseason games that it took to earn the 2017 NBA title. The “Gold Blooded” Anta KT3 will release in (obviously) very limited quantities at Anta retailers globally on October 22nd. 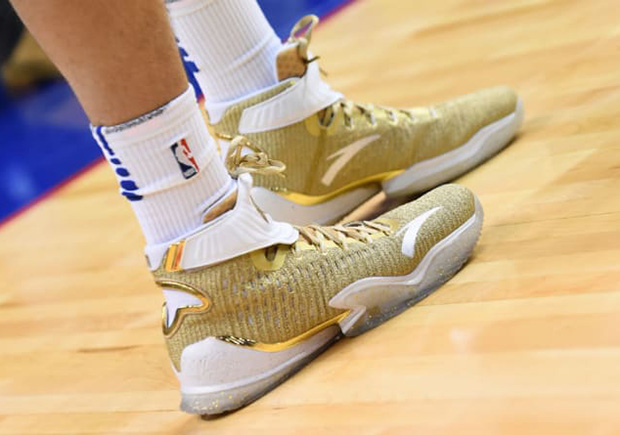