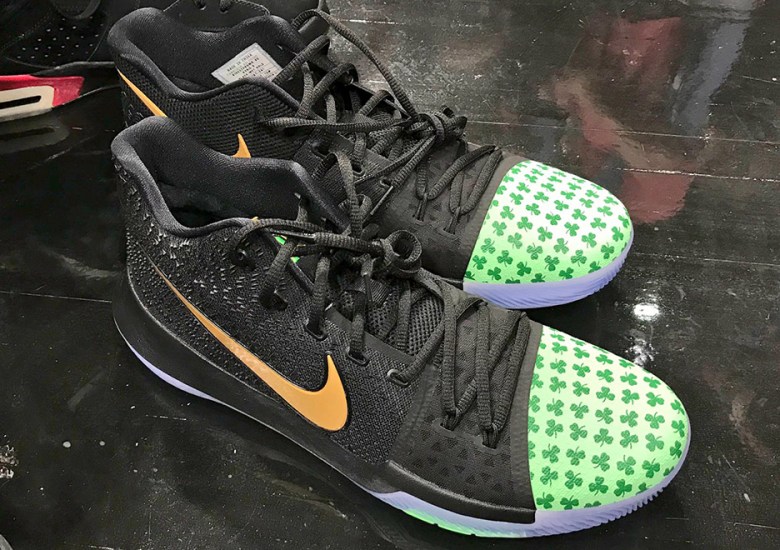 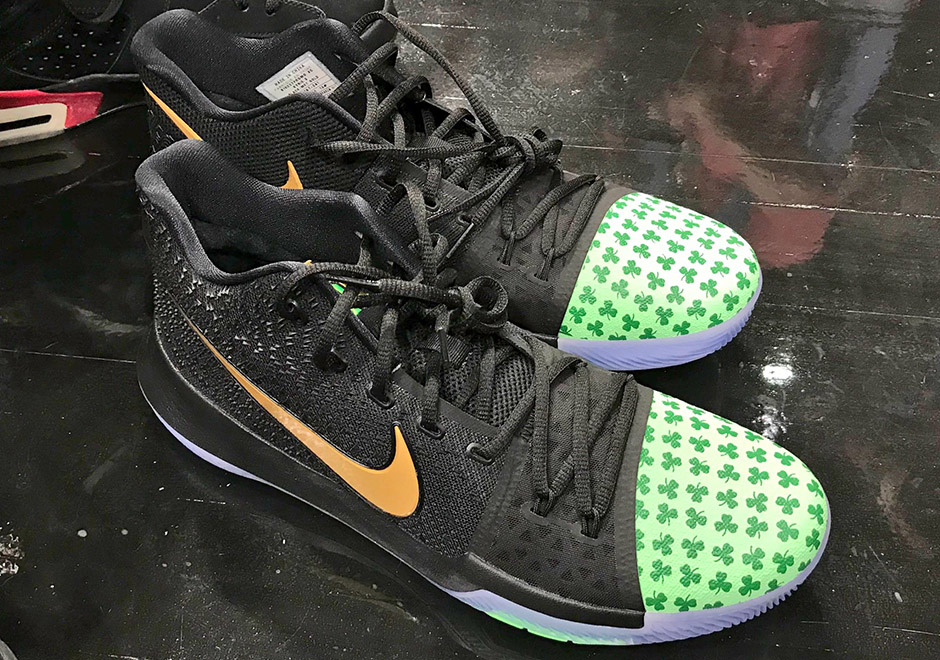 As you should already know if you’re a basketball fan, the 2017-18 NBA season tips off tonight with a matchup of the Cleveland Cavaliers and the Boston Celtics at 7PM EST. Of course, the game is especially significant now that Kyrie Irving is a member of the Celtics after being traded from the Cavs in a blockbuster deal over the off-season.

And it looks like Kyrie won’t be shying away from repping his new Boston squad tonight, as he has a bold “Celtics” PE of the Nike Kyrie 3 in black and gold with high-contrast clover prints on the toes lined up, which he already showed off at practice this morning for the @NBA Twitter account. Get a close-up look here, and expect them to be on Kyrie’s feet during the action tonight. 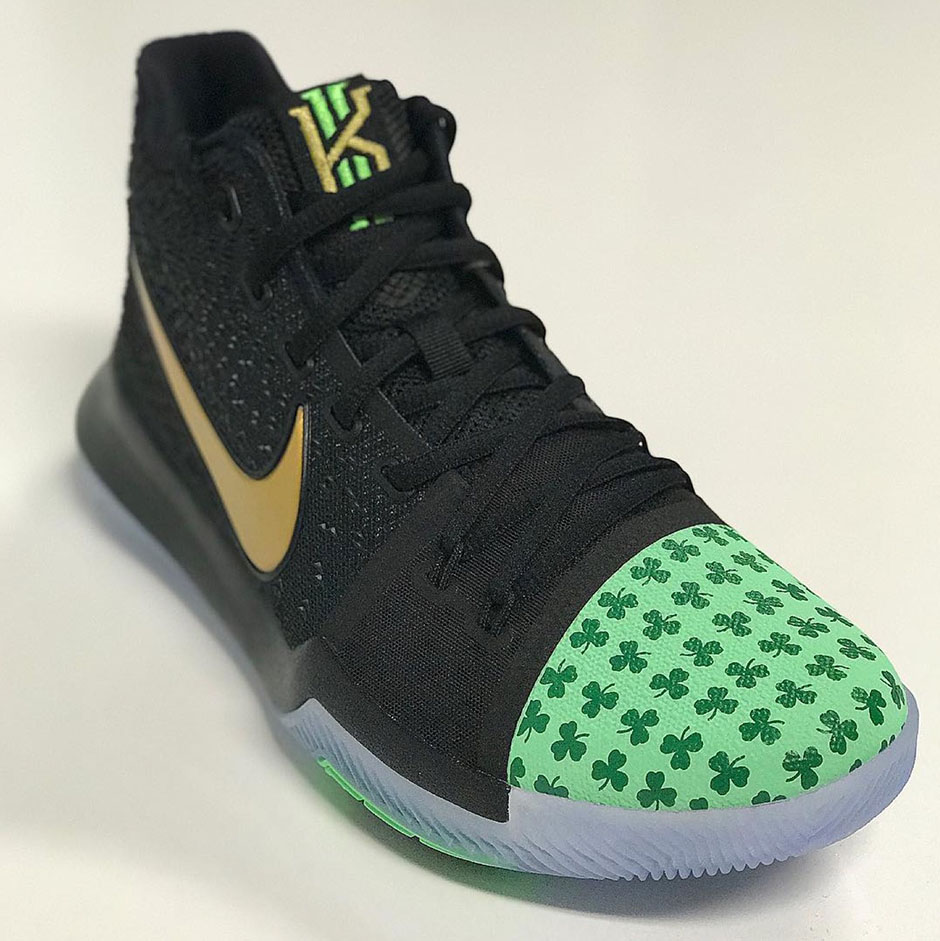 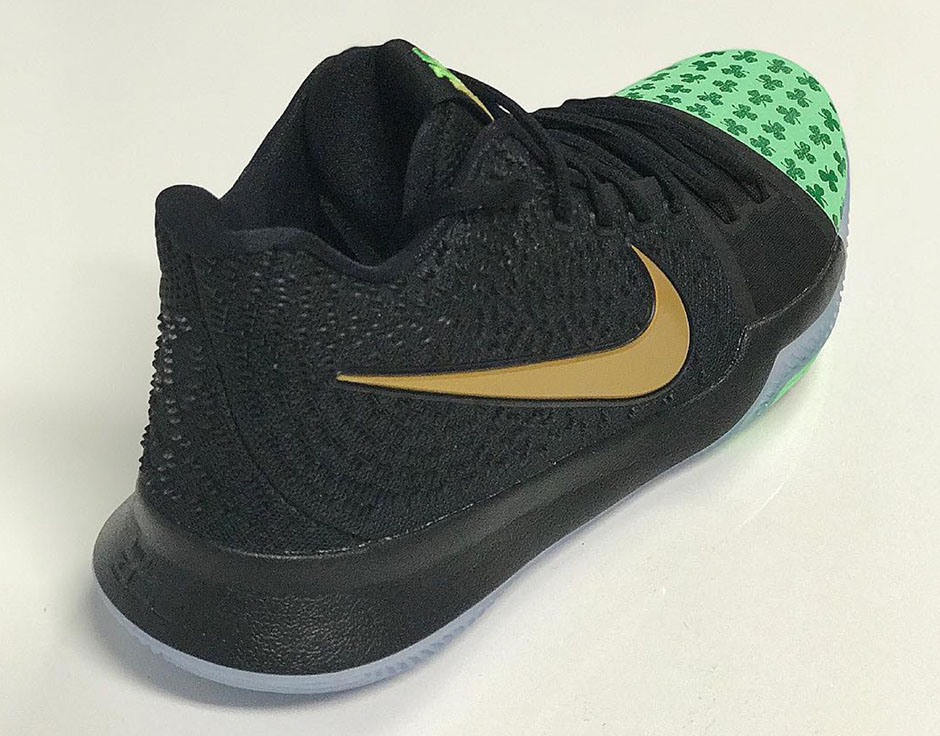 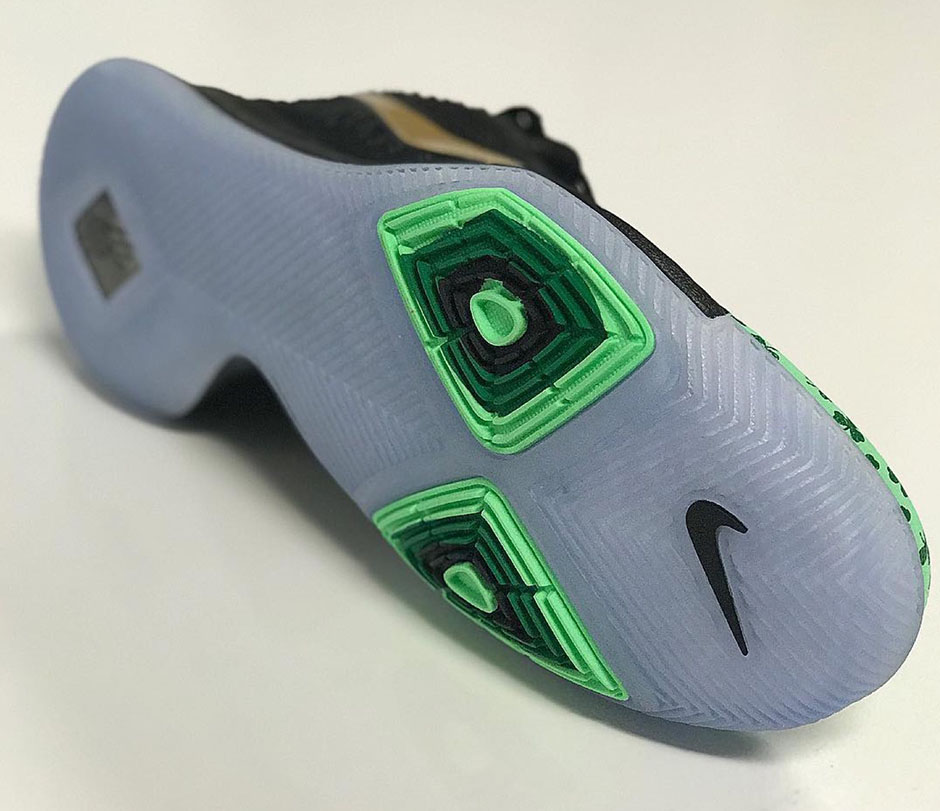