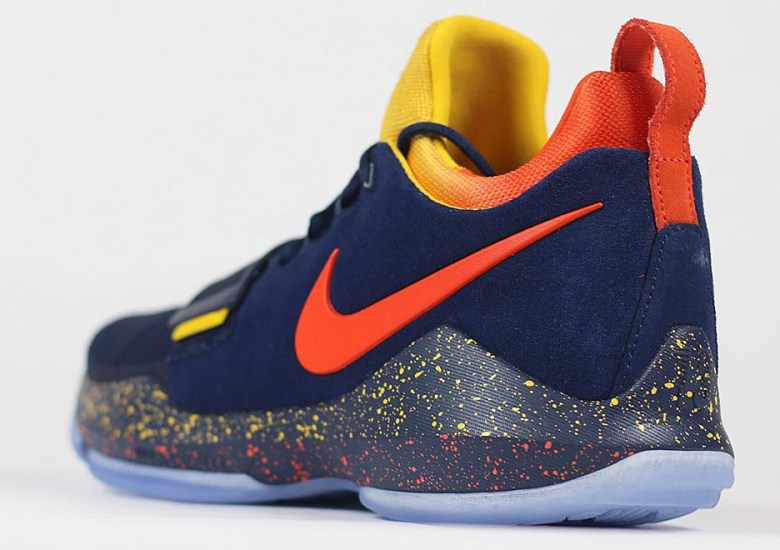 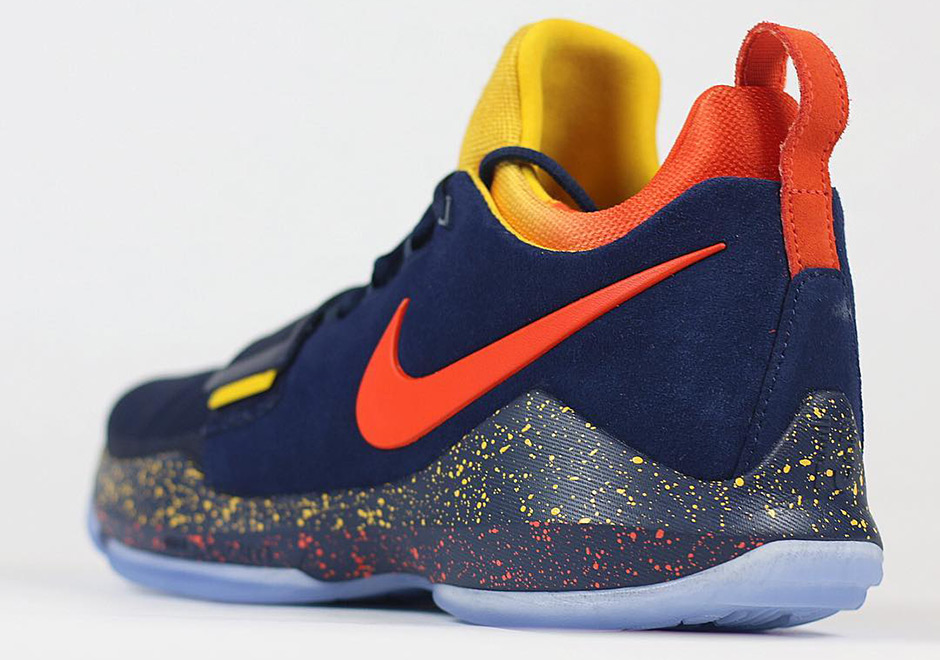 Those who have followed the career of Paul George know not only that he has blossomed into one of the NBA’s biggest talents but also know that he spends a great deal of off-court time on the water. In fact, PG even hosted a fishing tournament for his new Thunder teammates back in August. In a tribute to George’s love of fishing, Nike created the Nike PG 1 “Midnight In OKC” PE inspired by fishing in the late summer nights. The colorway is styled in a deep navy suede upper that features a vibrant orange Swoosh and gradient yellow-orange sock liner. The orange and yellow detailing continues in the speckling of the navy midsole. There is no word if this PE will hit retailers. However, Paul George did don the colorway in a Thunder victory over the Mavs on Sunday night, in which PG dropped 37 points and 8 boards. 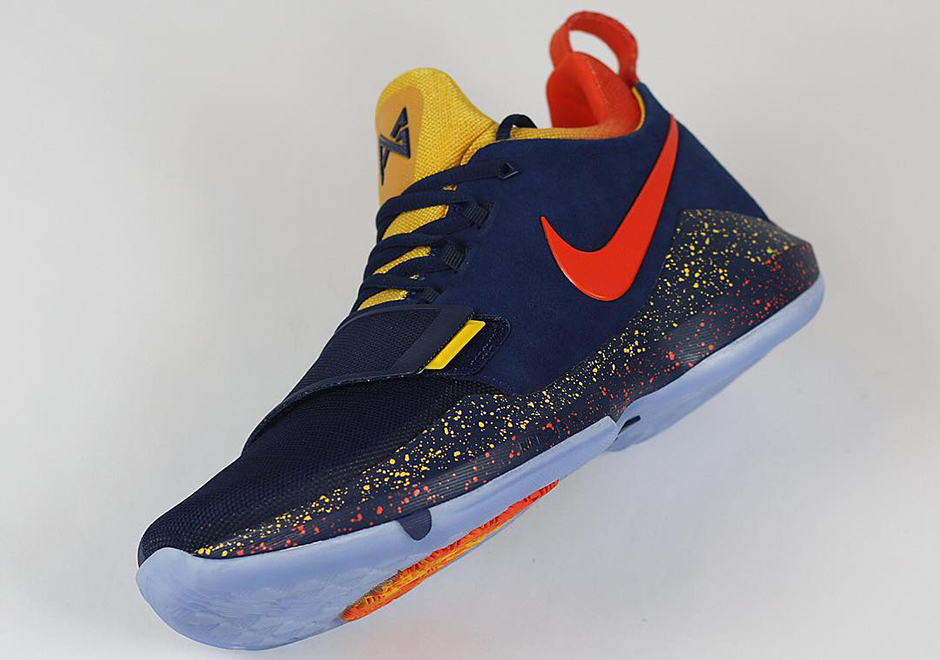