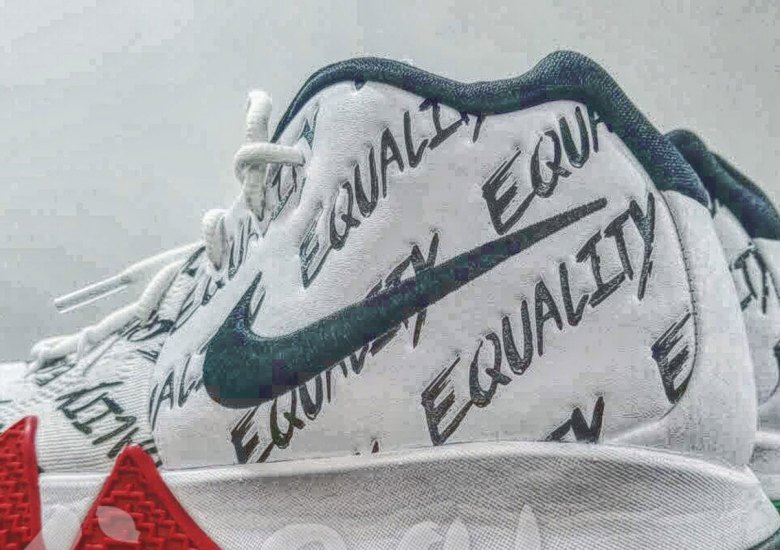 Nike continues on with its Black History Month celebration with what is bound to be one of its most prevalent basketball silhouettes in 2018 – the Nike Kyrie 4. Furthering the Swoosh’s tribute to the Pan-African flag, its three colors play another prominent role in a three-stripe pattern on this offering’s outsole. The upper is equipped with a grey color scheme and the word “equality” haphazardly emblazoned all throughout the design. This particular sneaker can be linked back to Nike’s Equality Campaign from earlier in the year which saw some of the brand’s most influential athletes speaking out against minority injustices. While no official release information has been made available yet, this Kyrie 4 is expected to arrive on January or early February along with the rest of Nike’s BHM selections. Stay tuned to Sneaker News as better looks of this upcoming sneaker become available. 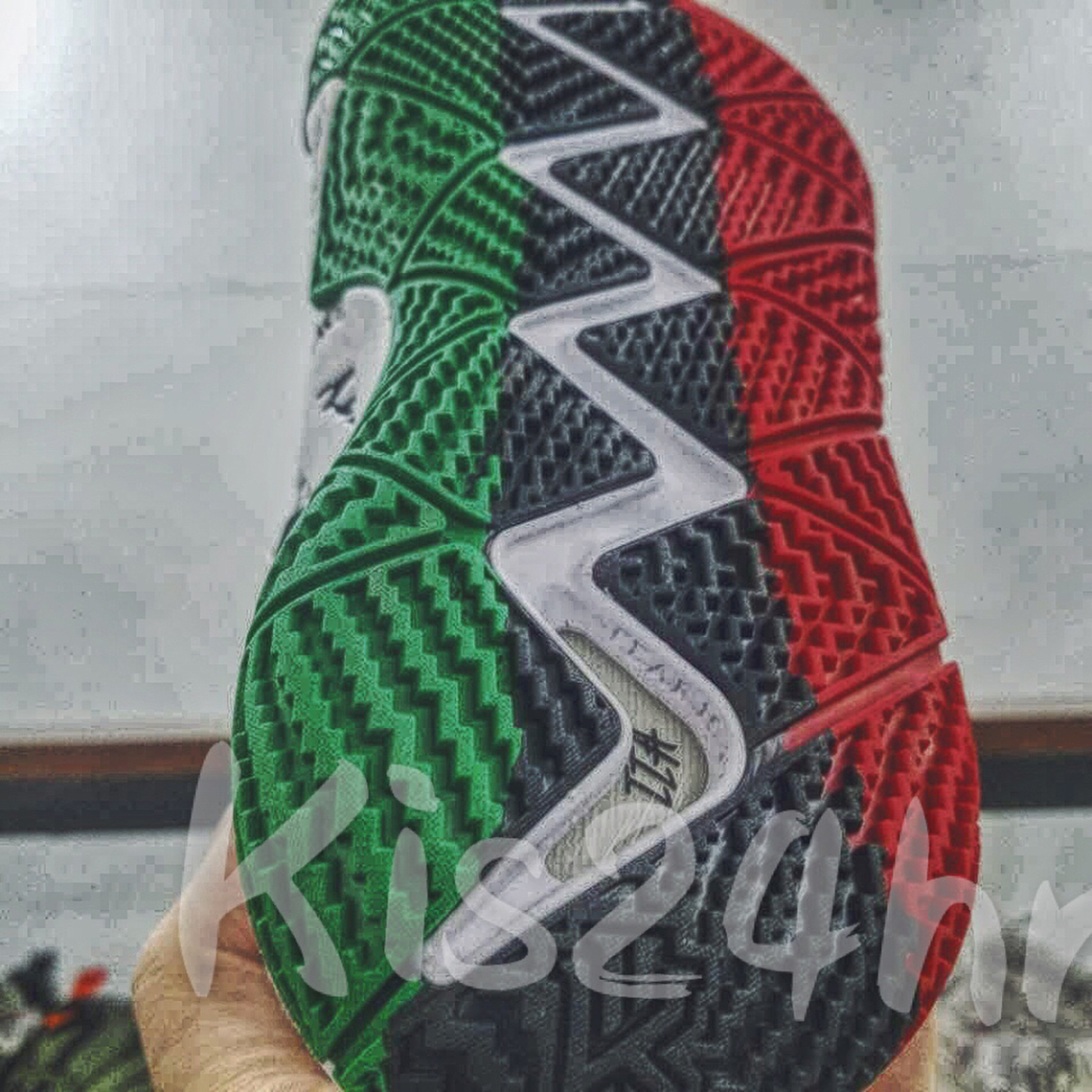