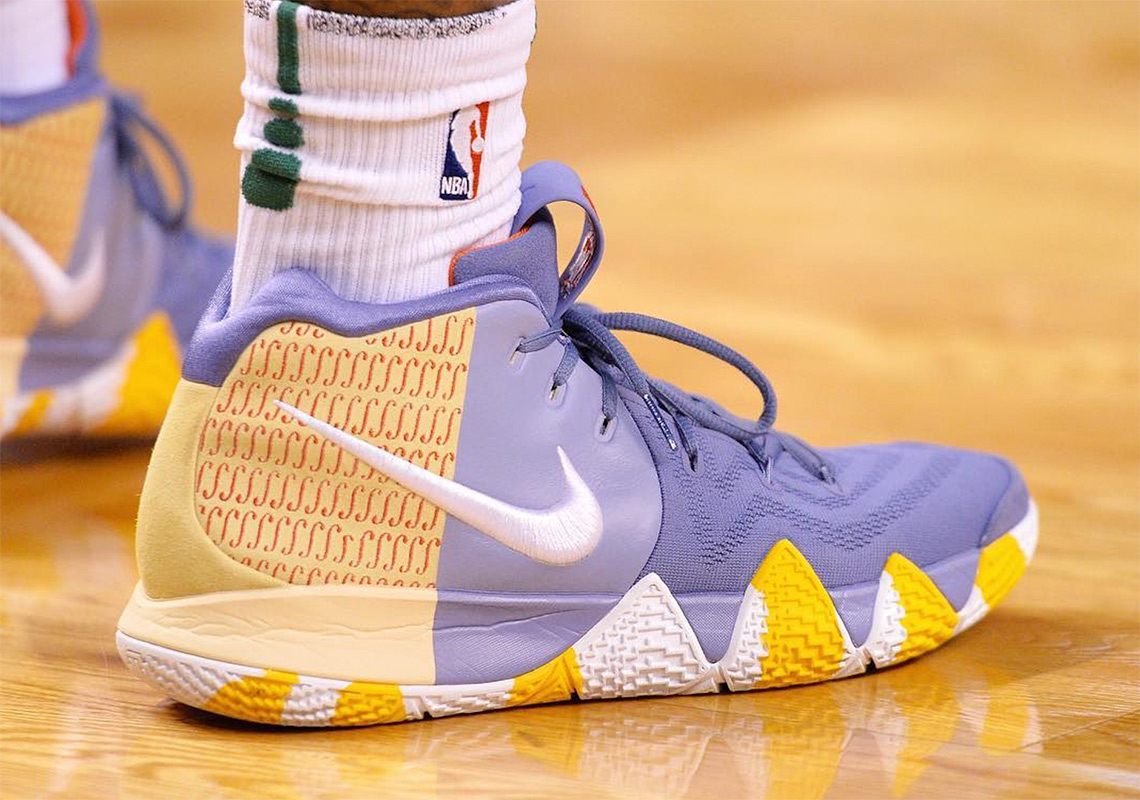 Terry Rozier is literally filling Kyrie Irving’s shoes in the Playoffs. The superstar point guard went down with injury just prior to the start of the Playoffs, meaning the Celtics would be without both of their major acquisitions from last Summer throughout the entire postseason. Knowing full well that Boston would have a major hole to fill, Kyrie Irving invited Terry Rozier over to his house just two days before the start of the 1st round series against the Milwaukee Bucks to give him a pep-talk. On top of that, Irving let Rozier take a few pairs of his kicks from his sneaker closet in hopes that the top-tier sneaker rotation would give him the boost he needed. Of the shoes he took: the Kyrie 3 “Luck” PE, Kyrie 4 “London”, and six other kicks that will most certainly be revealed as the Playoffs proceed.

That doesn’t mean Kyrie hasn’t been suiting up in his own fresh feet; last week, he was spotted in a Nike Tennis Classic “Bandana” PE, one of roughly 50 one-of-one editions he has of that silhouette. 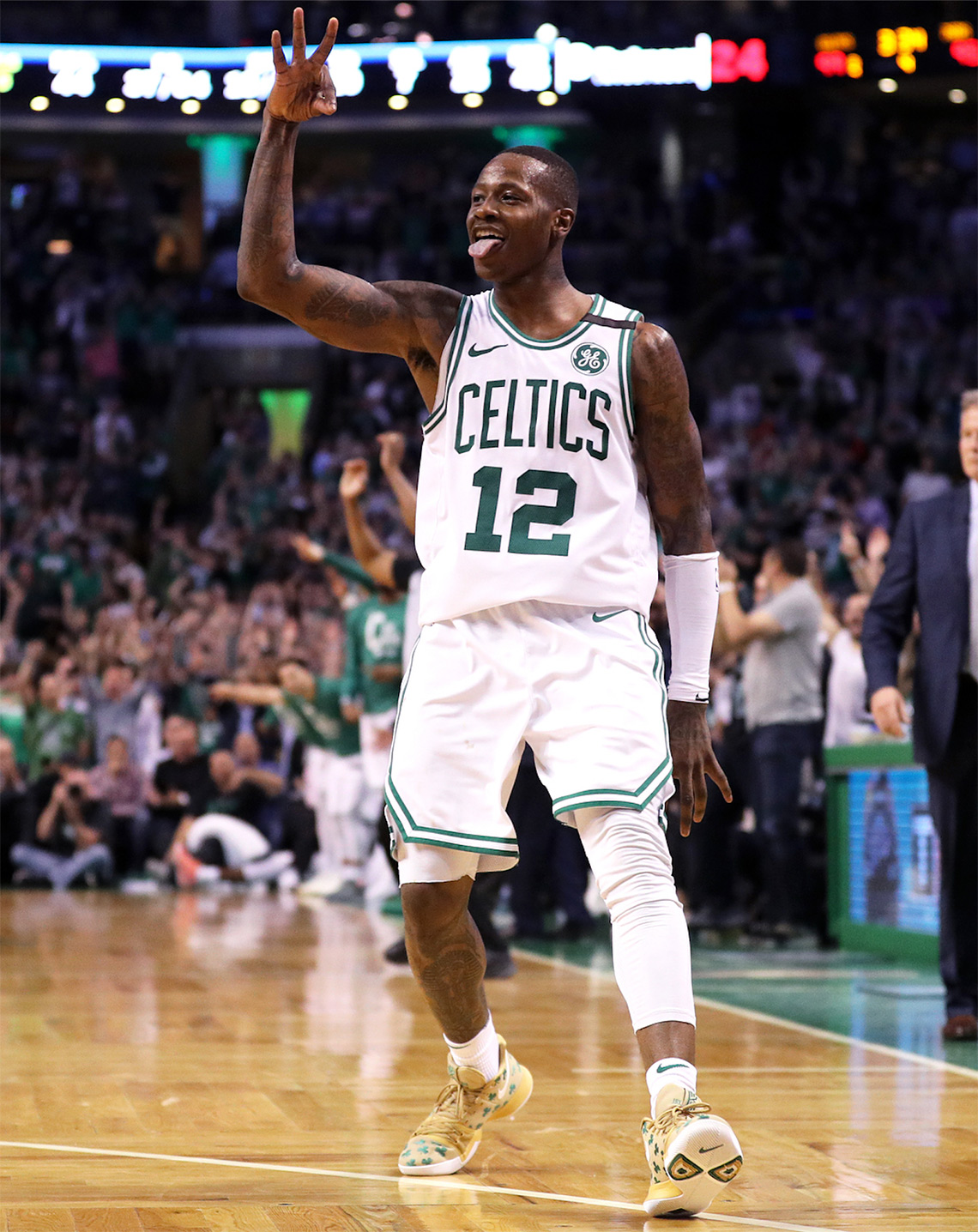