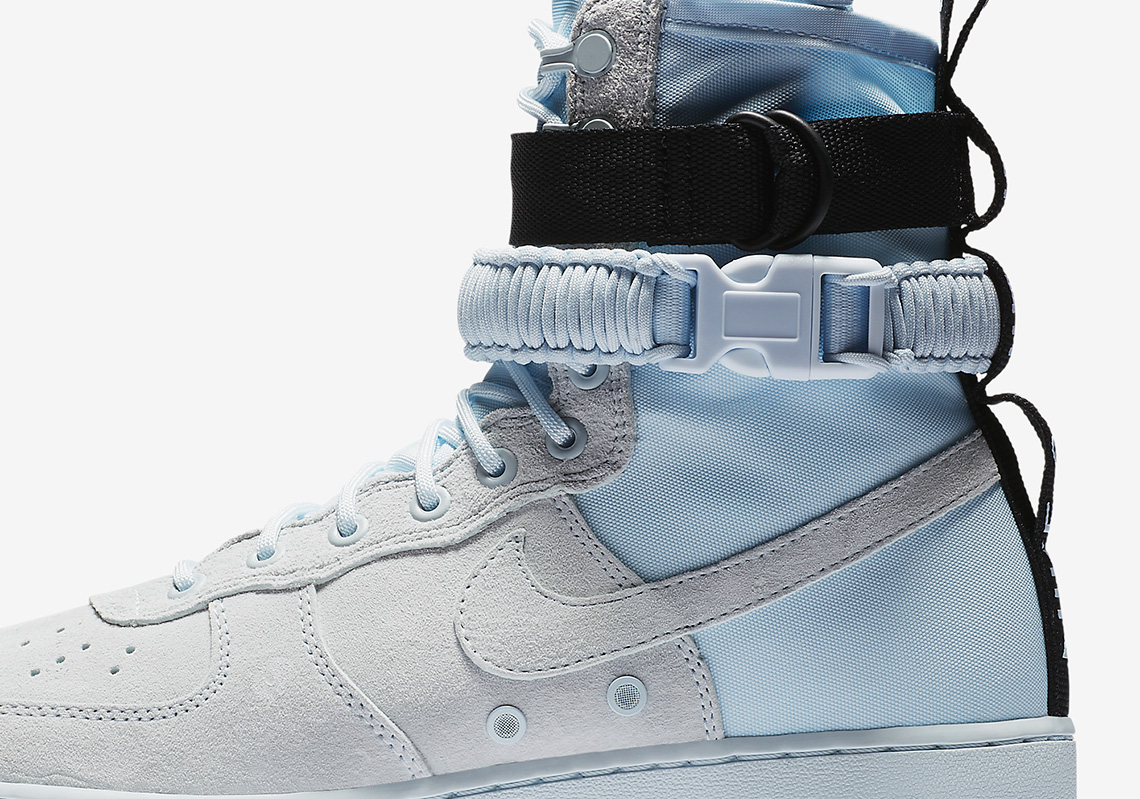 Nike’s SF-AF1 High, a unique hybrid between the classic Air Force 1 and a combat-ready military boot, has been making a return to the spotlight recently via collaborations with Baltimore’s 12 ‘o Clock Boys and a logo-heavy black/ yellow colorway. However the newest iteration of the arresting sneaker doesn’t feature the bold logos of previous releases, just a clean and simple two-tone “Blue Tint” colorway. A stately light grey suede toebox and midfoot give way to a blue nylon heel and ultra-high upper, while contrast arrives via a black heel tab with Nike Air branding and the SF-AF1 High’s two removable straps, one in blue tint and one in black with blue detailing. The shoe’s all-terrain ready look is rounded off by a clean light blue Air Force 1 midsole and outsole. Fan of the light colors and ultra-high cut? You can expect this new SF-AF1 colorway to arrive on Nike.com in the coming weeks. 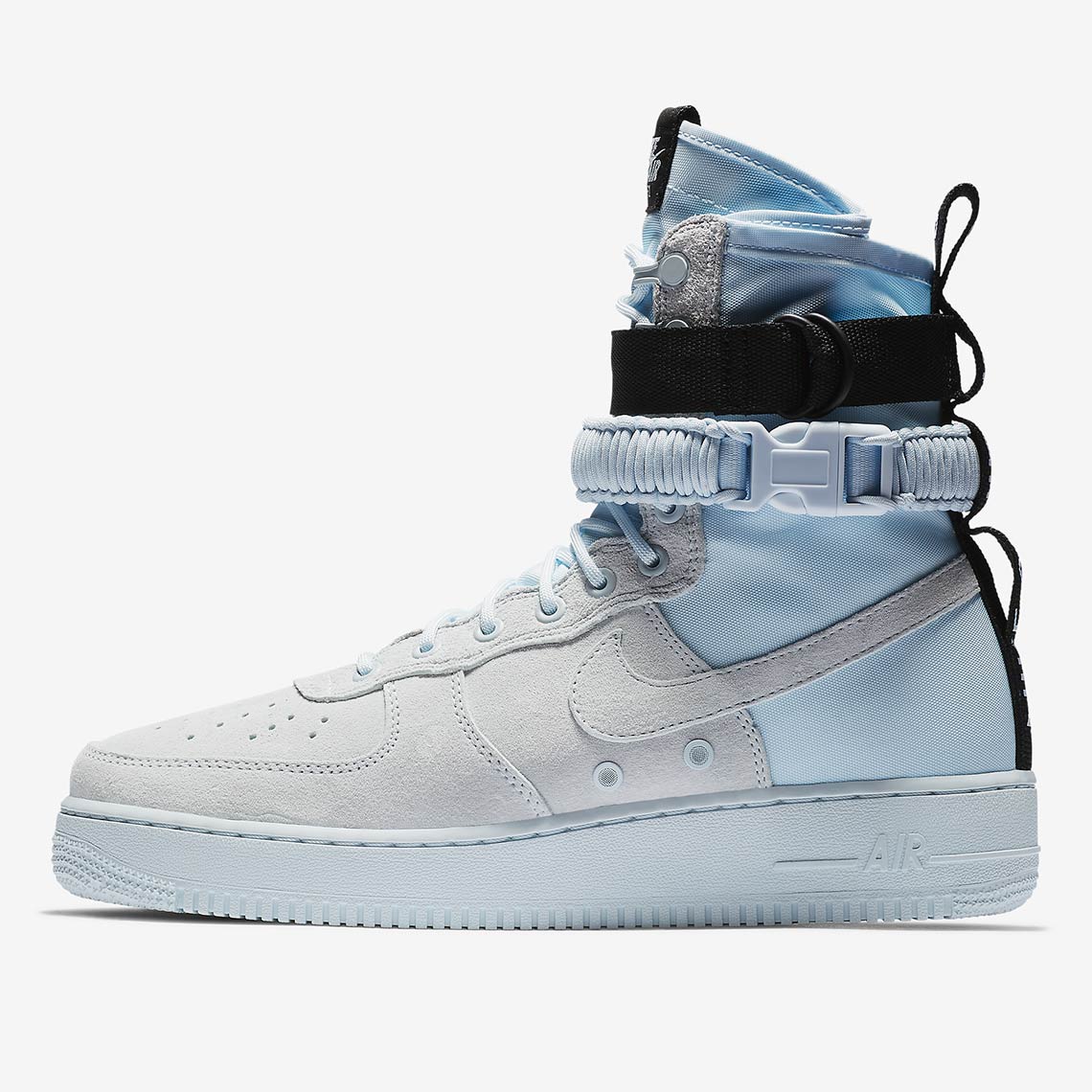 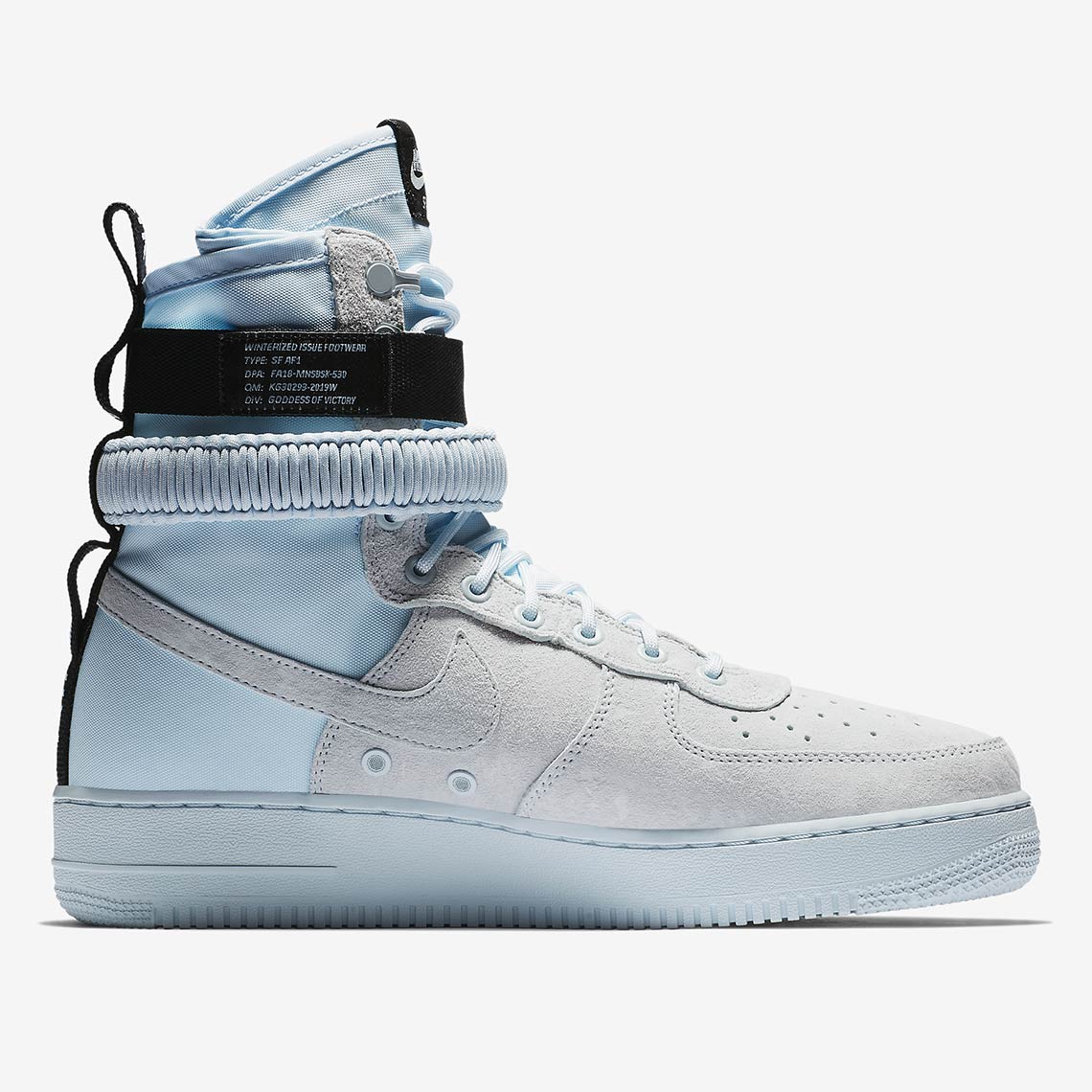 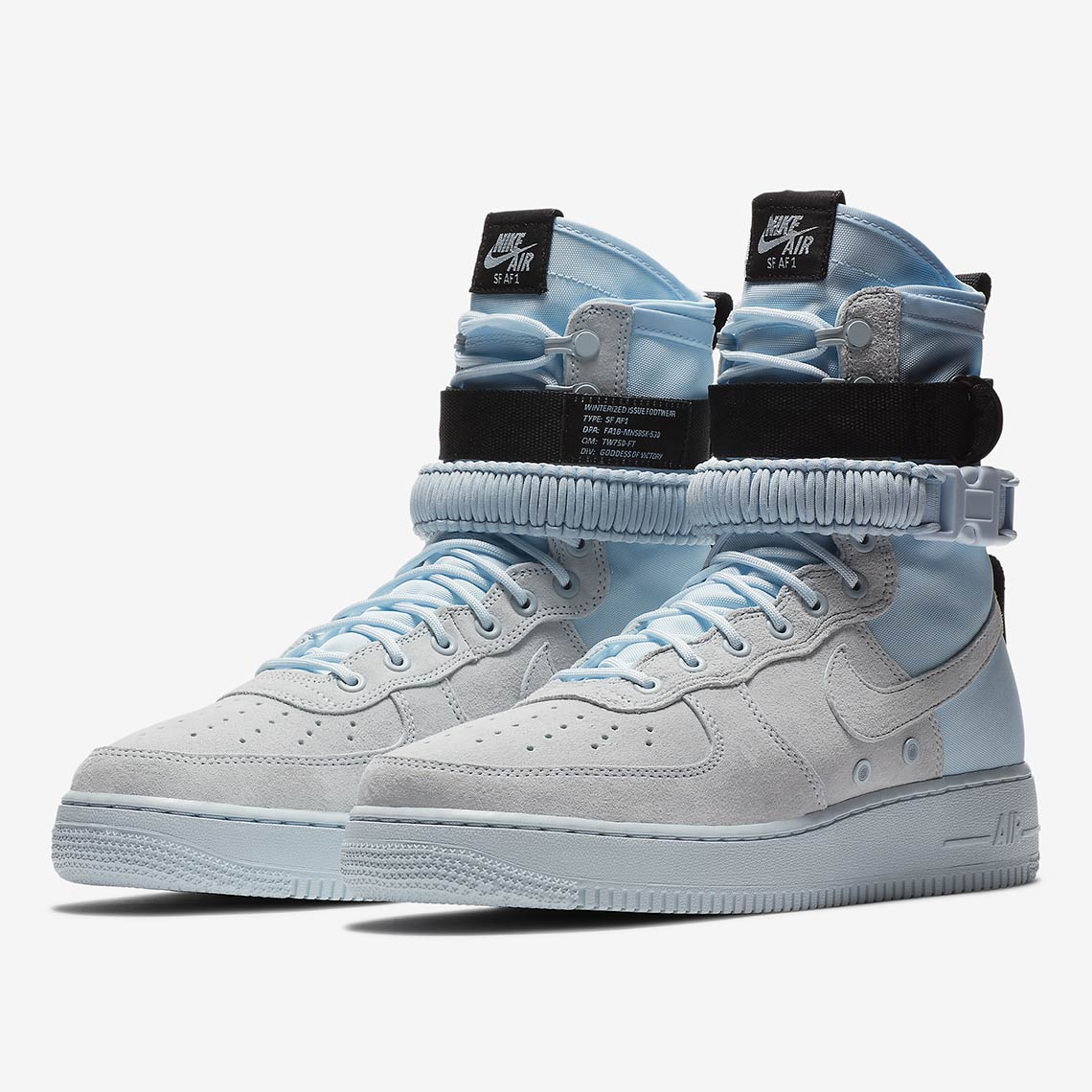 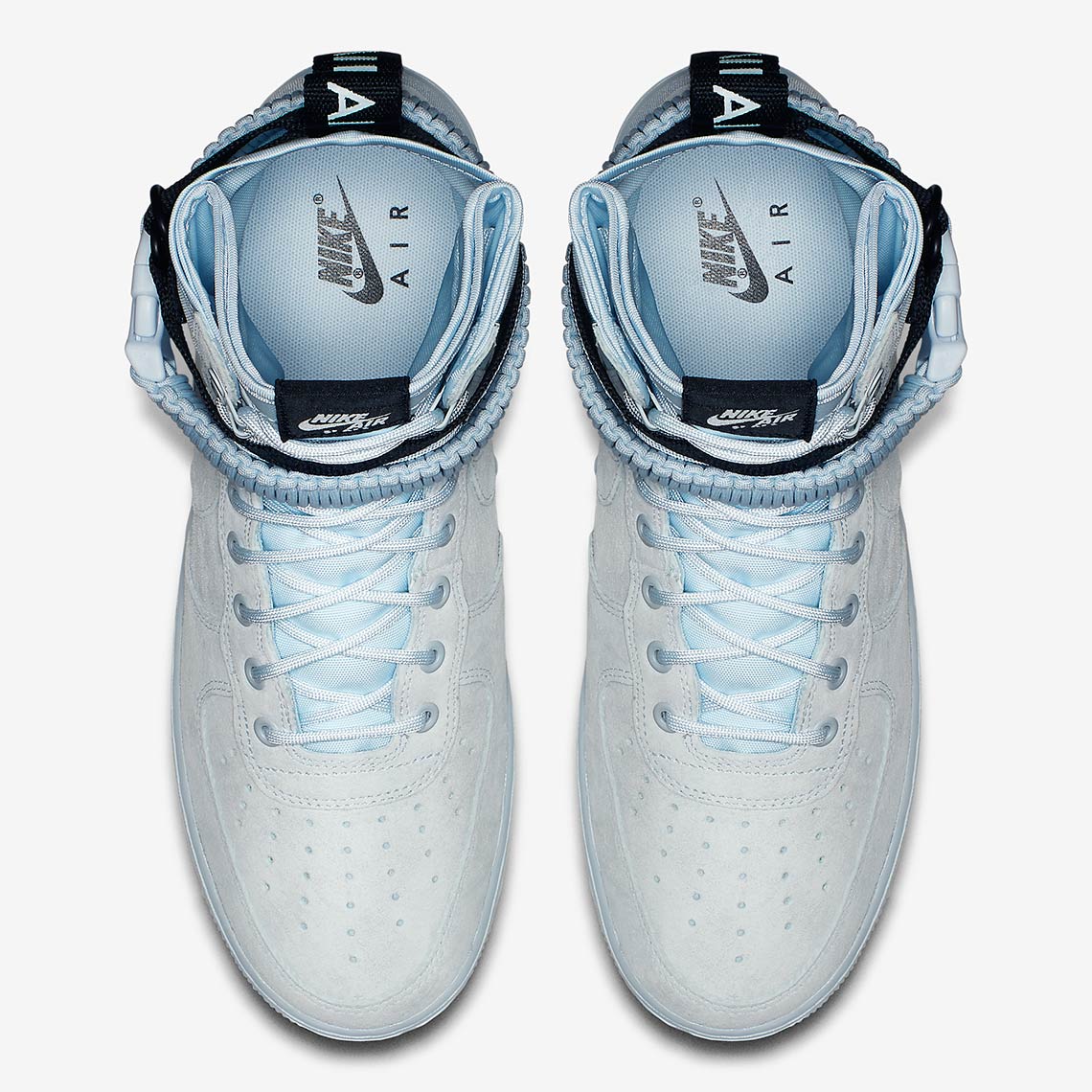 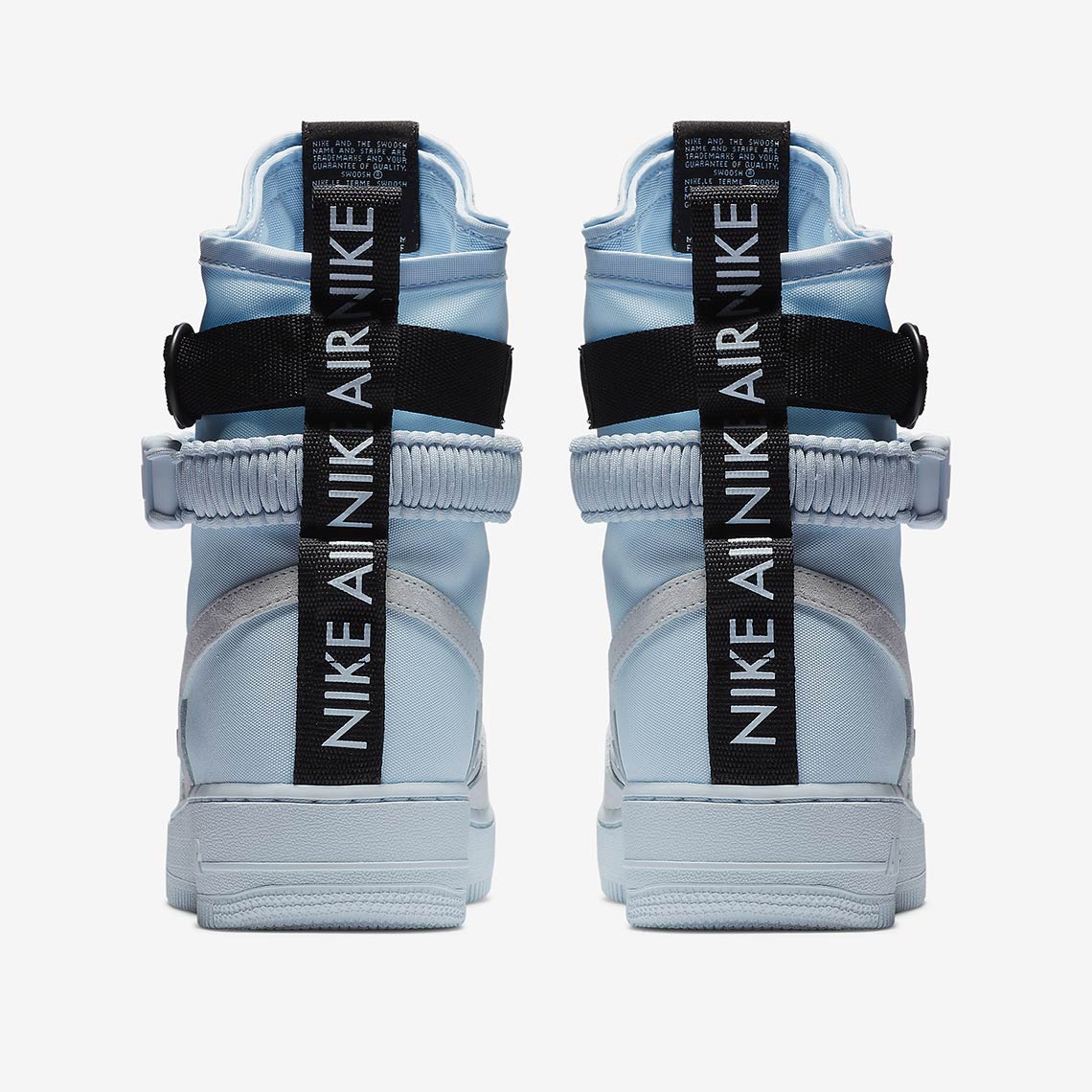 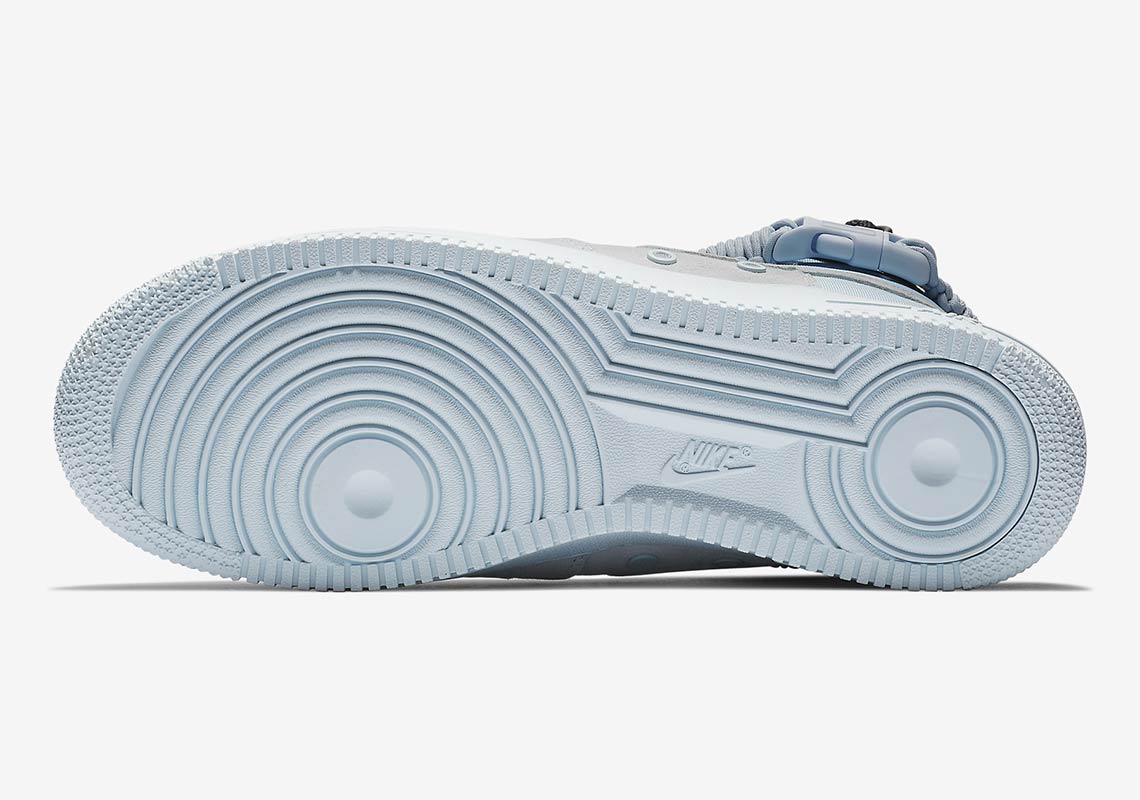