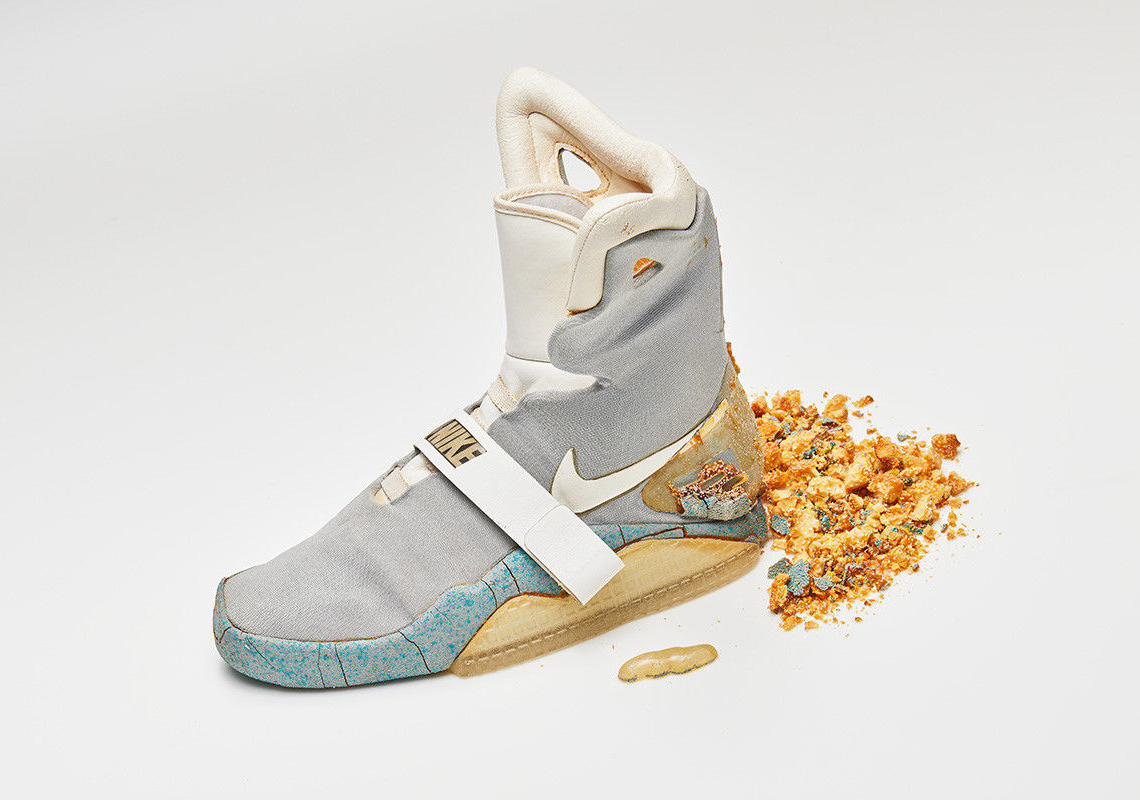 One of the holiest grails in all of sneaker lore is the Nike Mag, the self-lacing sneaker worn by Marty McFly in Back The The Future II. During production of the film, Nike was tasked with creating a futuristic shoe that would exist in the year 2015. Tinker Hatfield, the greatest footwear designer of all-time, came up with the mega high-top Mag, a shoe that features hands-free shoe-laces, blinking neon lights, and a grey/blue colorway. In 2011, Nike made the first-ever official release of the Mag by auction 1,510 pairs exclusively through eBay and live auctions at Nike stores, but that version didn’t feature the “Power Laces” technology. In 2016 Nike finally realized its dream by releasing the first-ever self-lacing Nike Mag through a raffle, with all proceeds of both the 2011 and 2016 releases going directly to the Michael J. Fox Foundation for Parkinson’s Research.

For those who are truly insane about collecting Nike artifacts, the actual shoe from Back To The Future II is up for auction. The shoe is in an extremely fragile state with the heel piece completely crumbled. That said, the shoes are available for in-person pick-up only from the Portland area. Check out the full listing from Shoezeum on eBay. 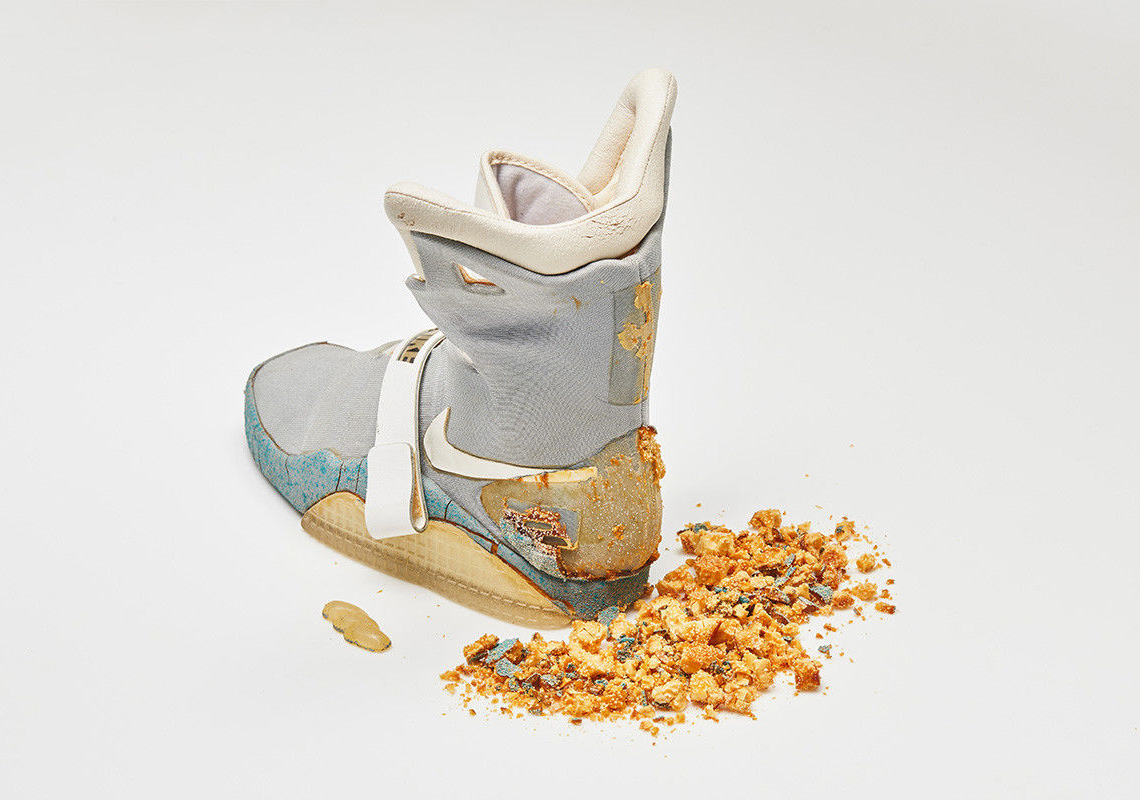 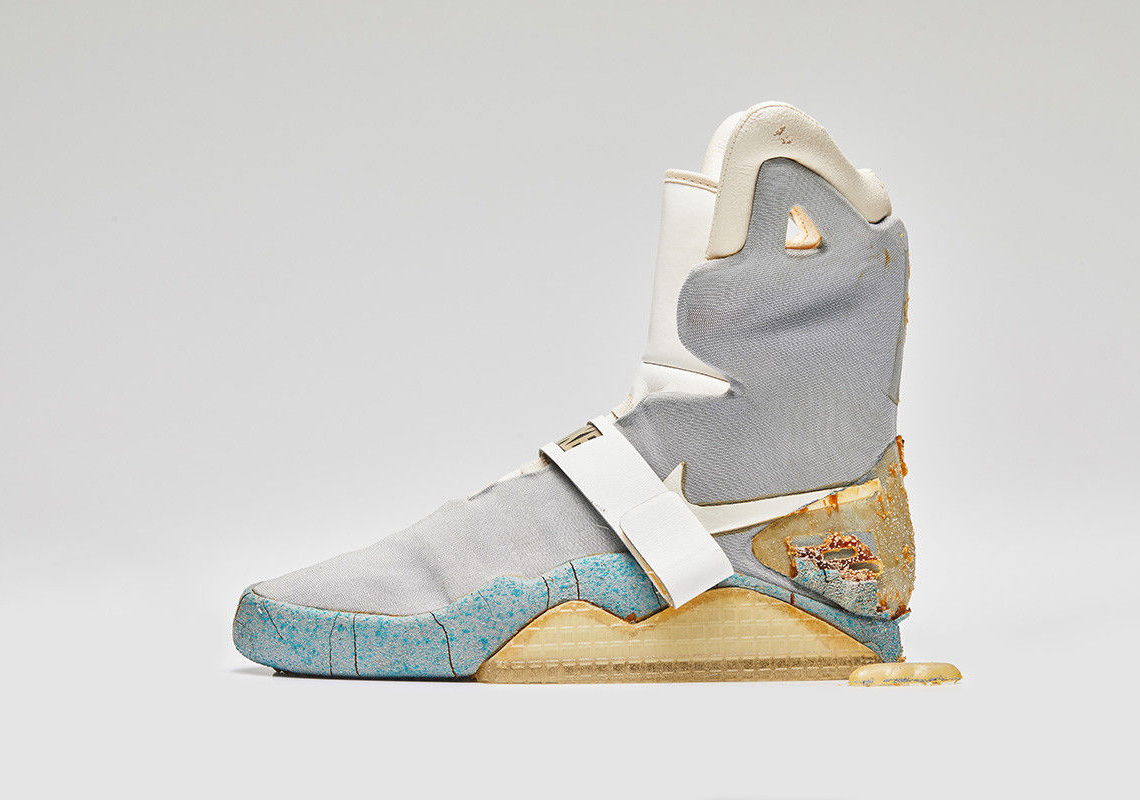 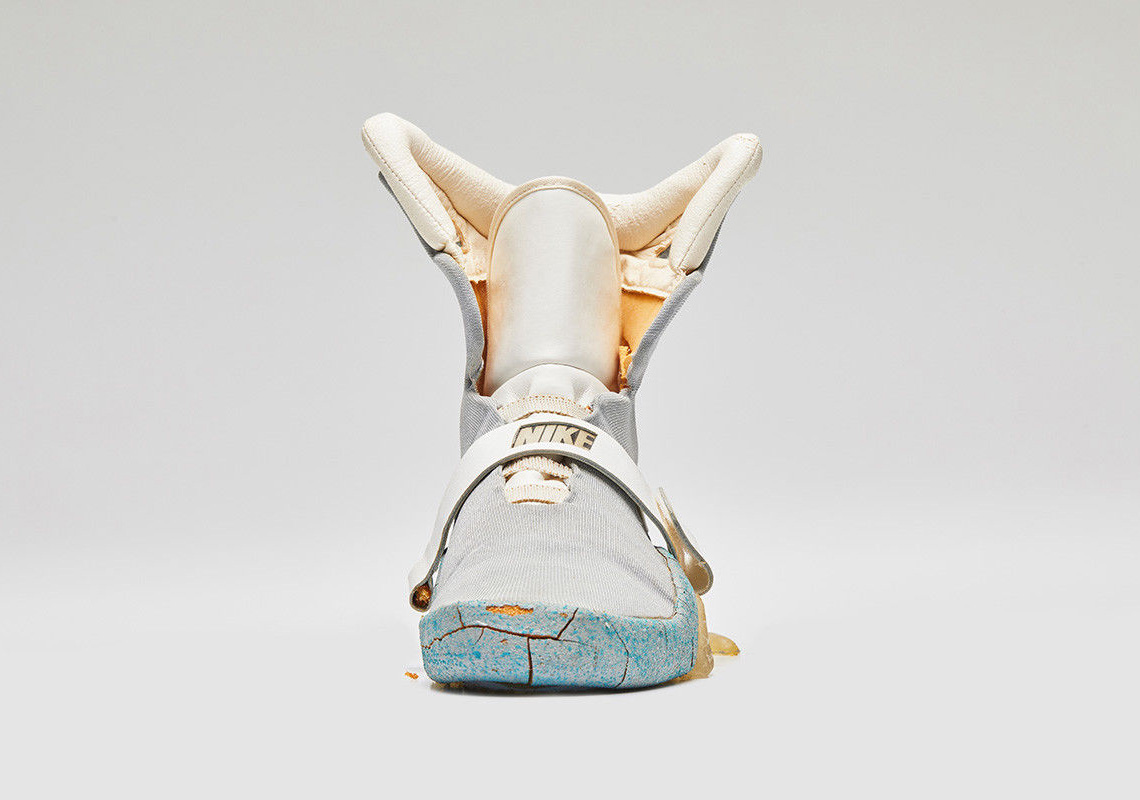 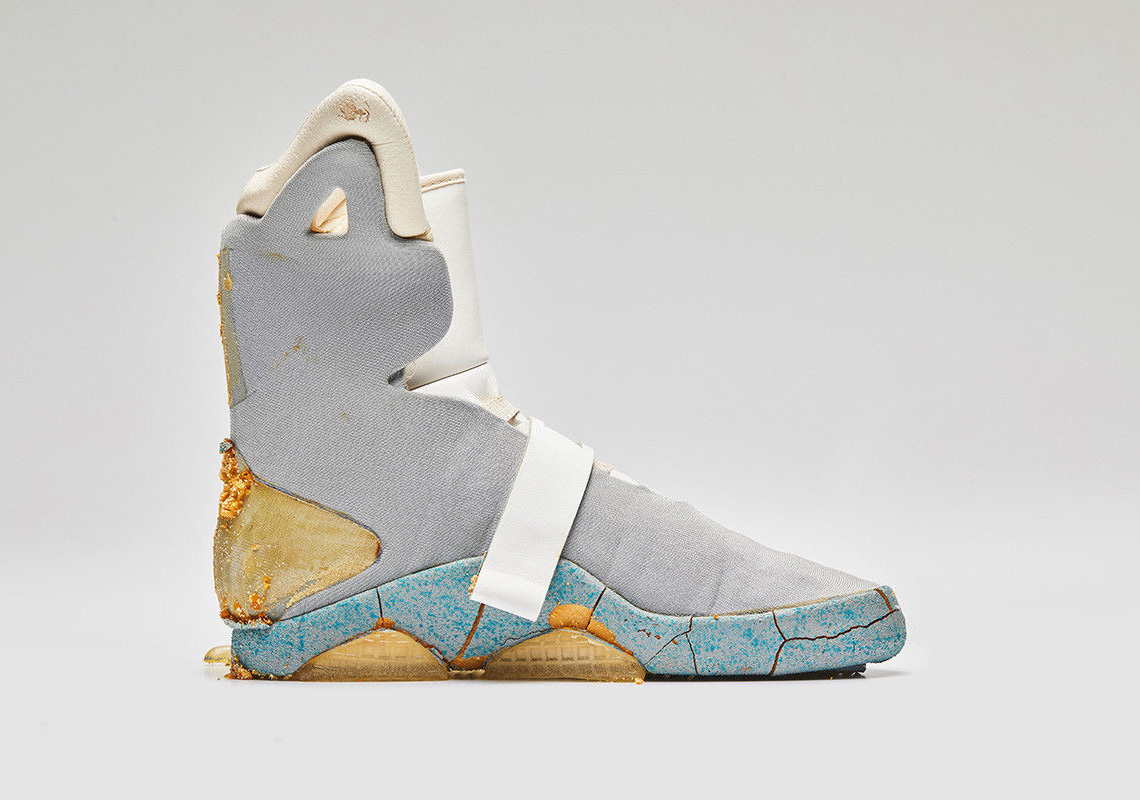 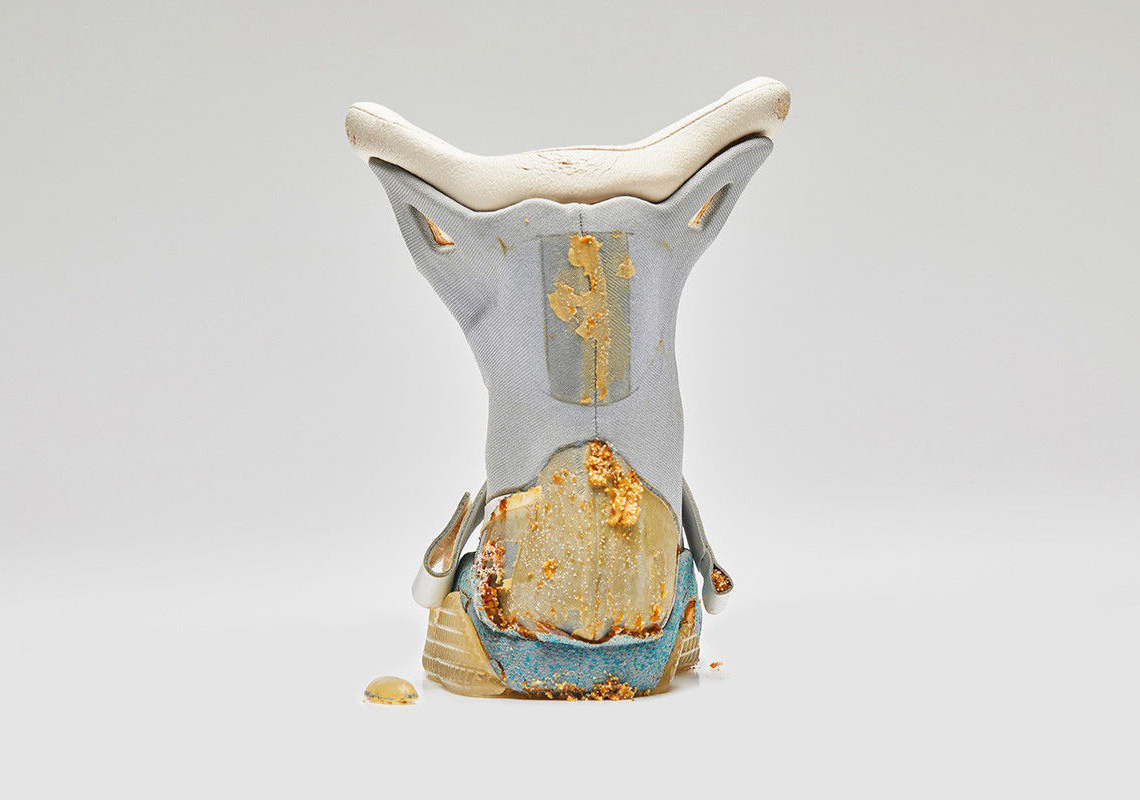 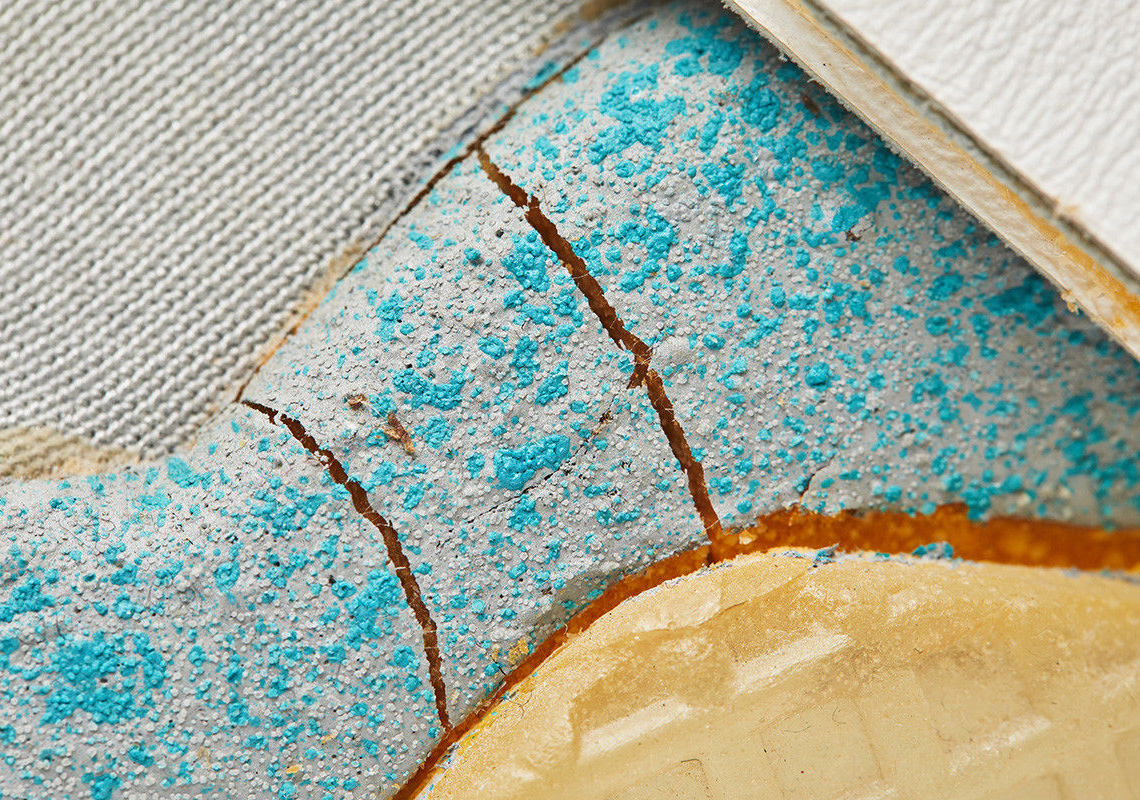 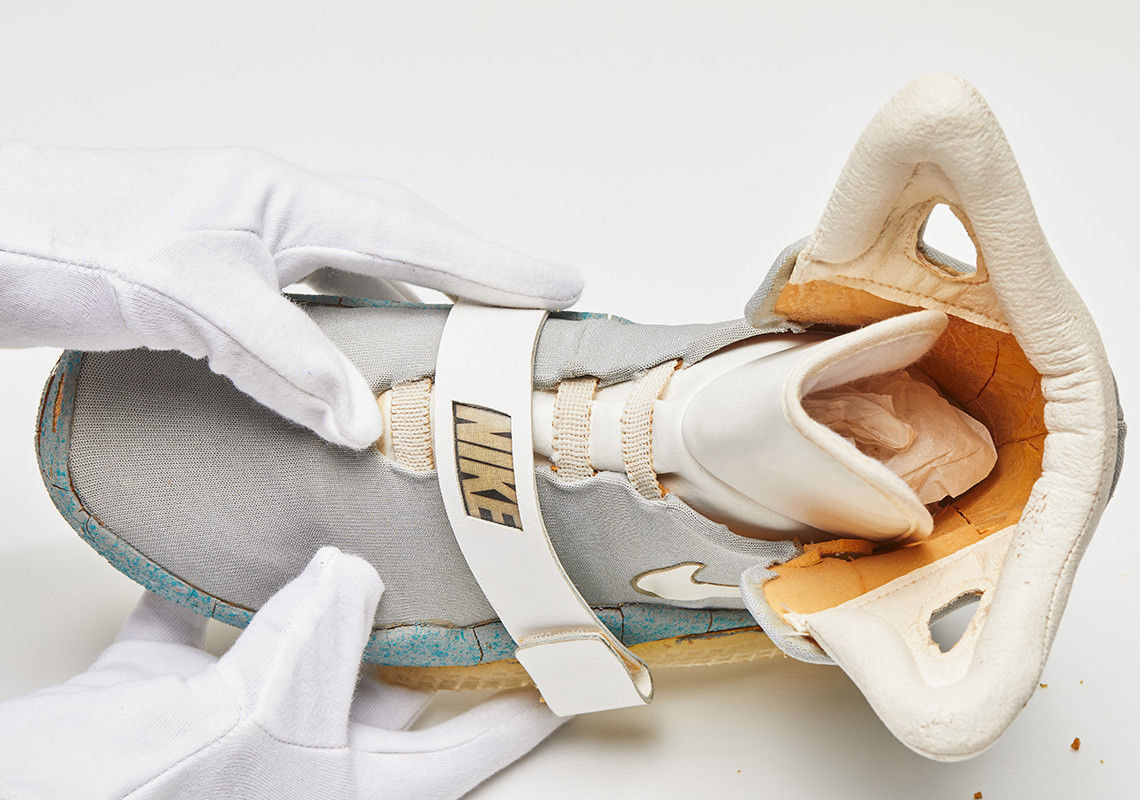 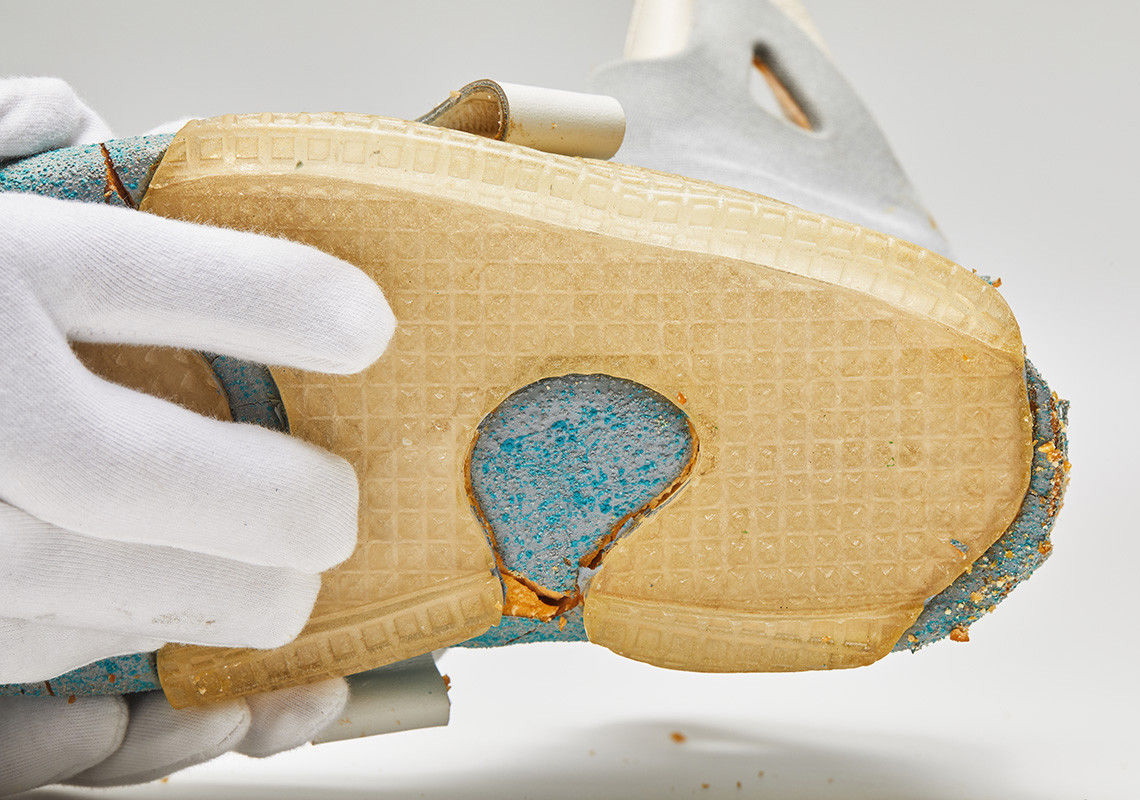 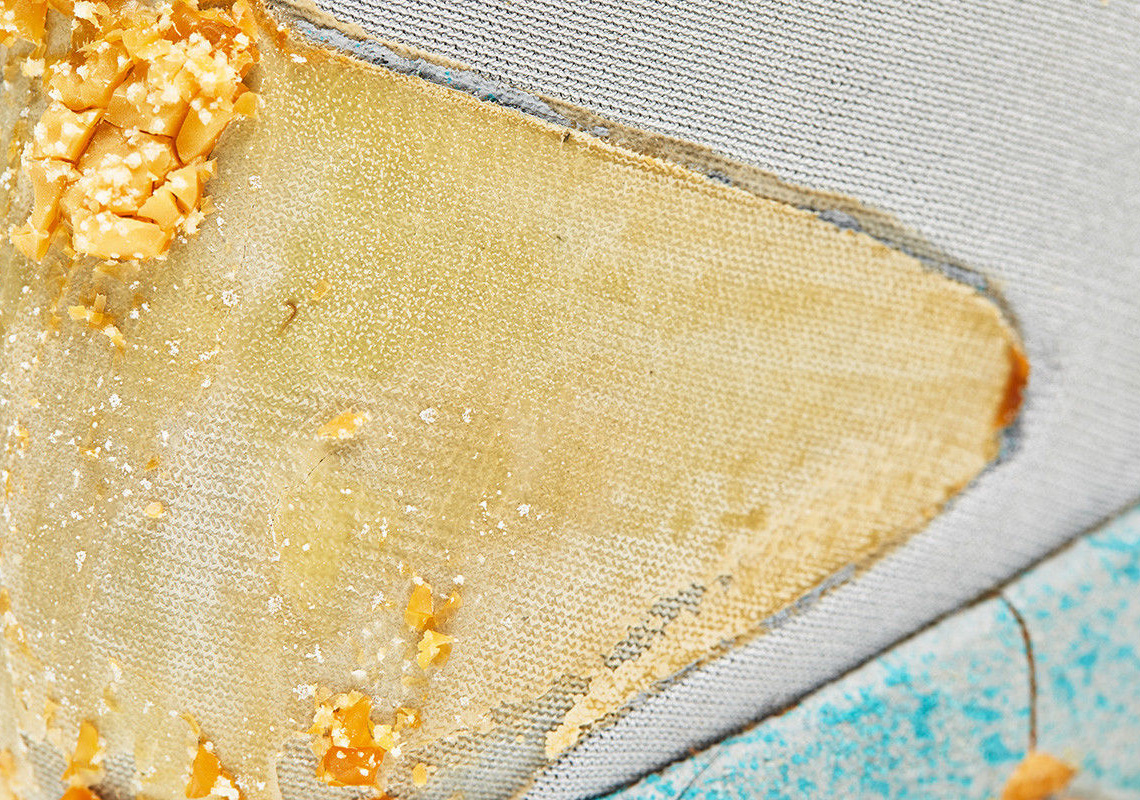 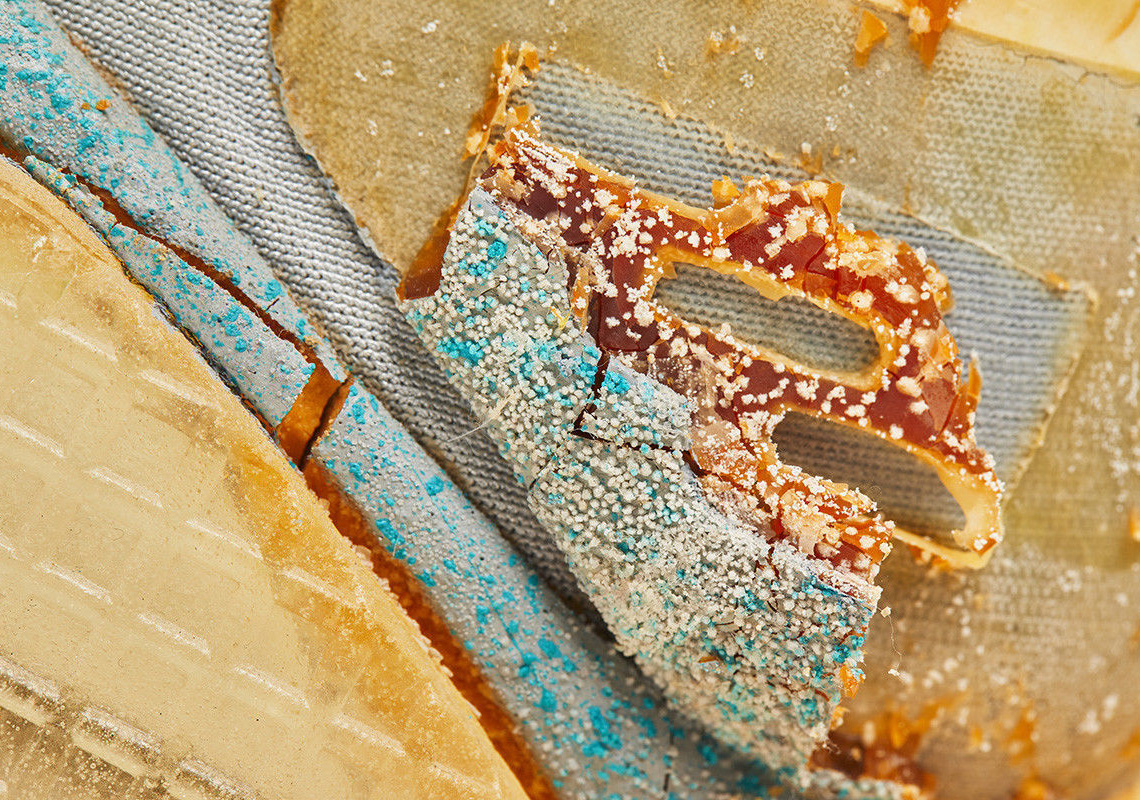