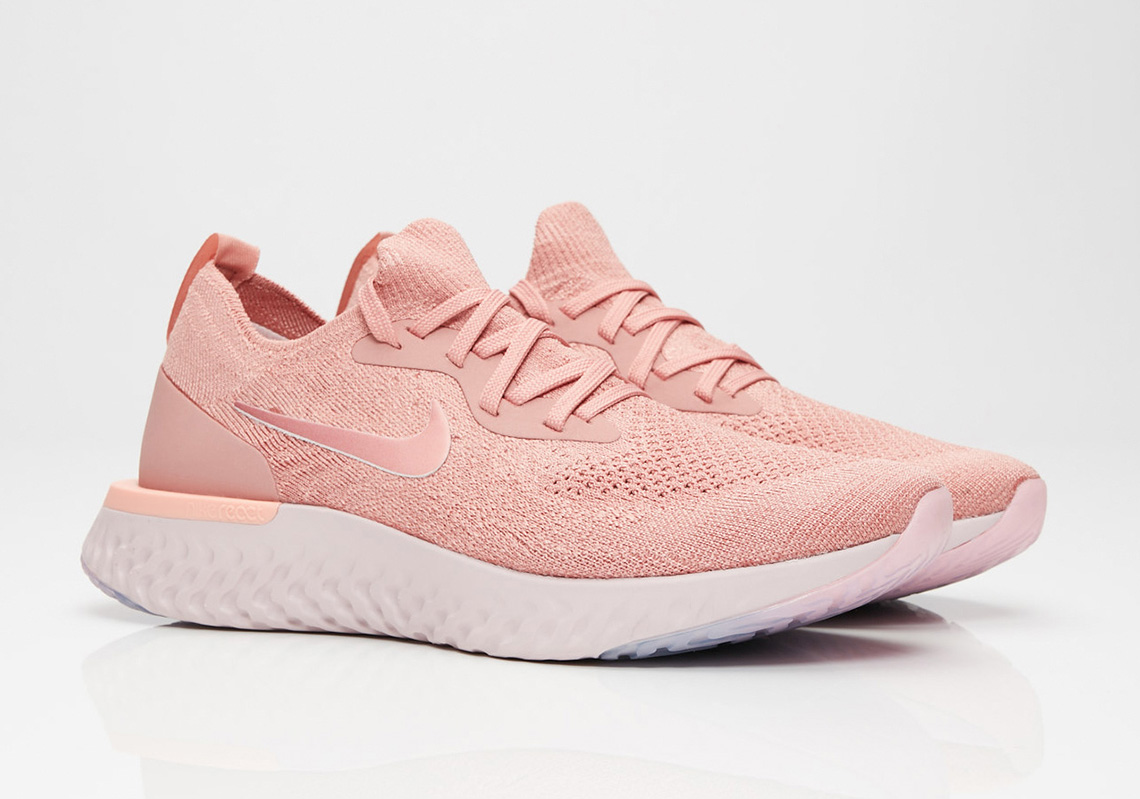 Nike Running’s flagship Epic React continues to roll out in a cornucopia of new colorways, as a ladies-only pastel “Rust Pink” colorway is set to release this week. The shoe features a tonal pastel pink Flyknit upper, with the summer-ready color used on everything from the lacing system to the midfoot swoosh and the heel cage, which features Nike branding on the medial side. Epic React branding appears on the heel tab—as does a small reflective hit—and a white React foam midsole provides cushioning. The shoe is completed with translucent pink and baby blue detailing on the outsole. Look for these new Epic Reacts to arrive this Thursday, July 5th at Swoosh retailers like Sneakersnstuff. 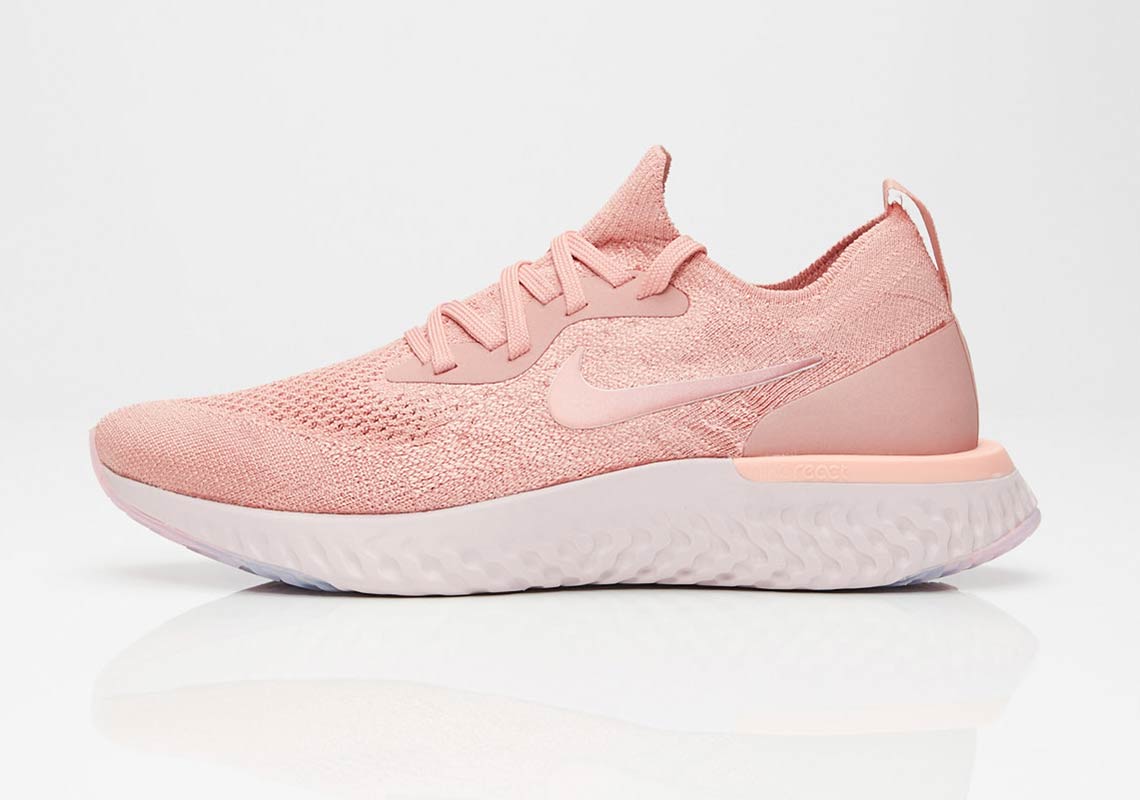 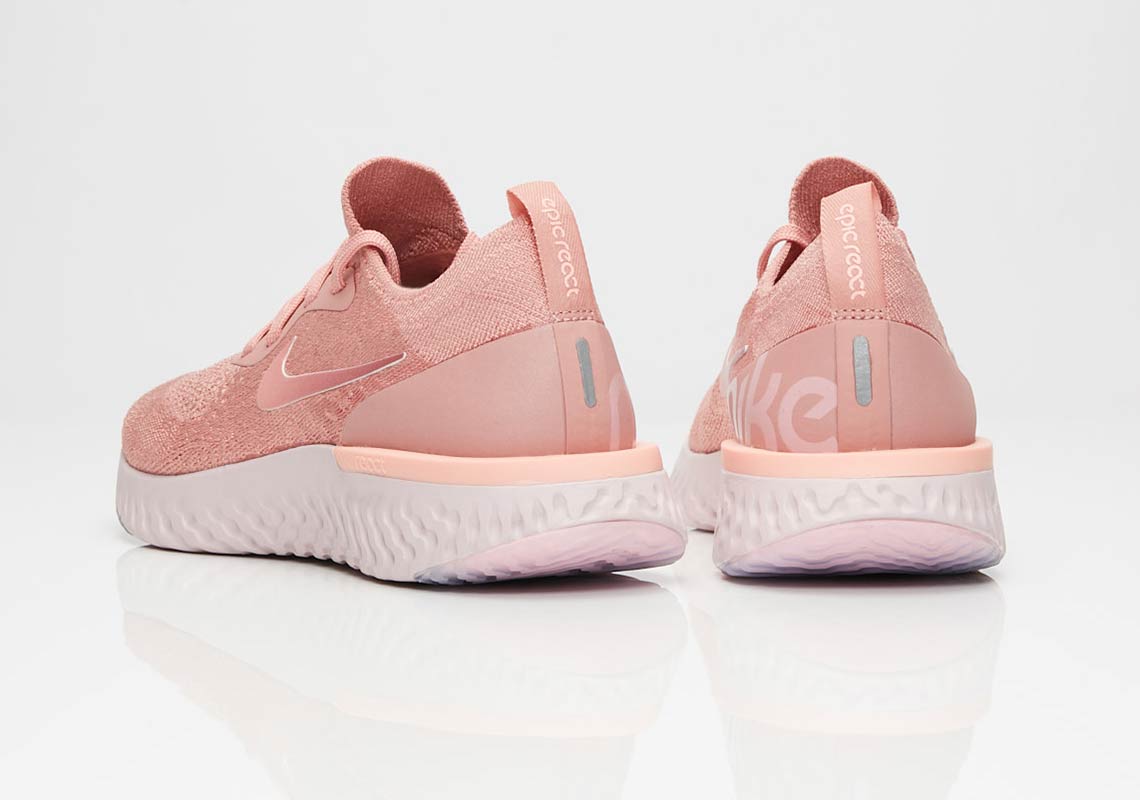 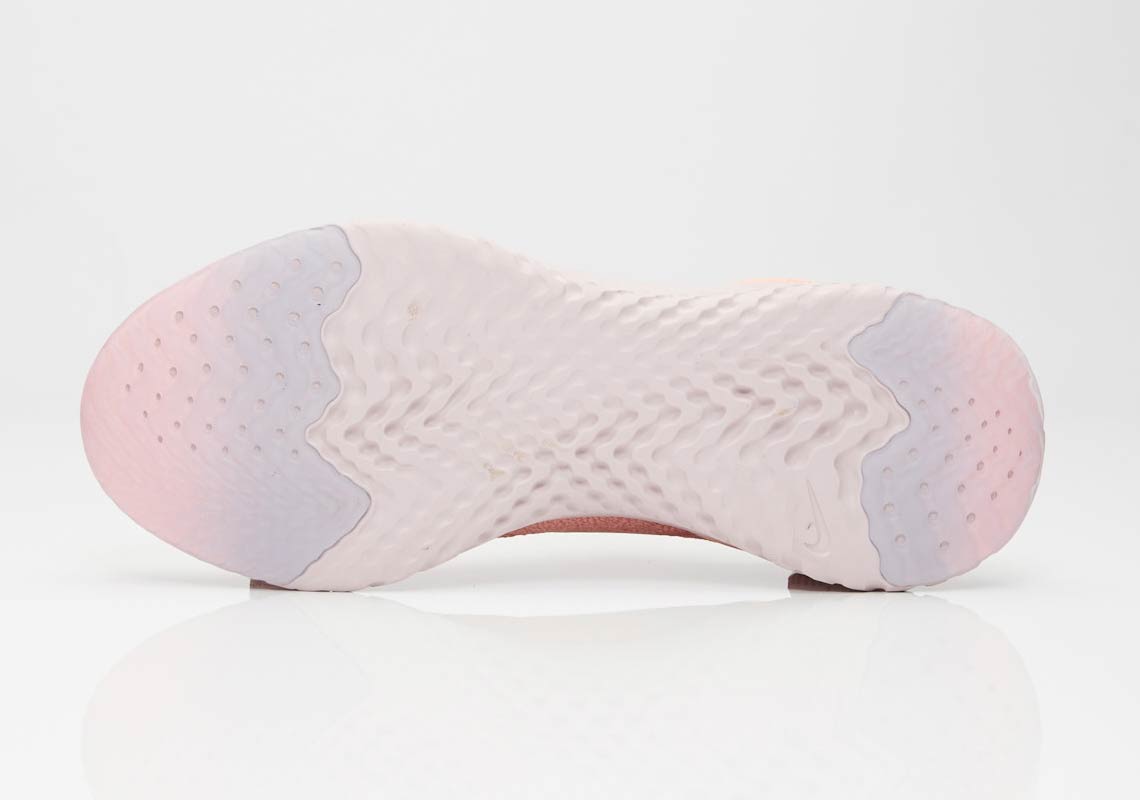 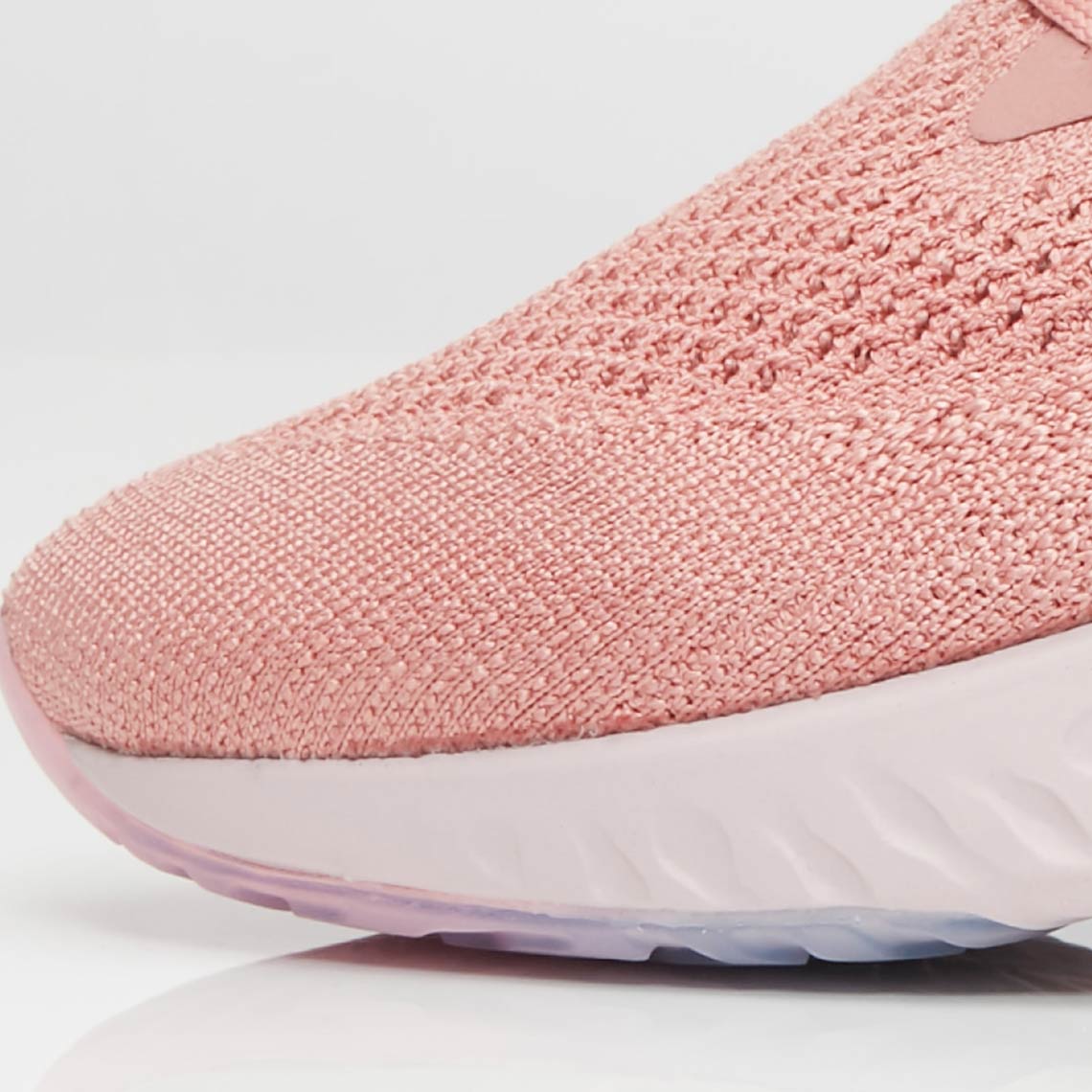 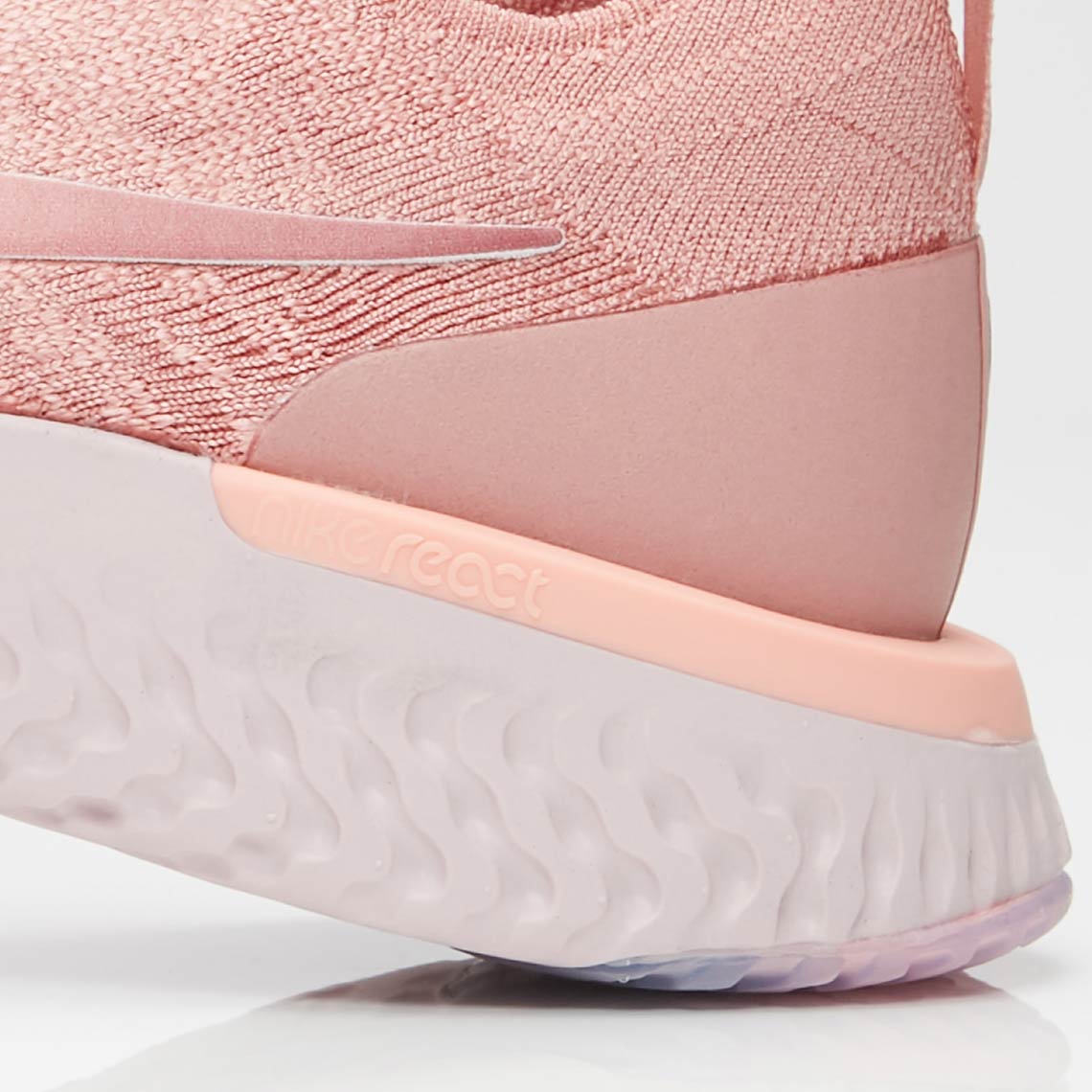