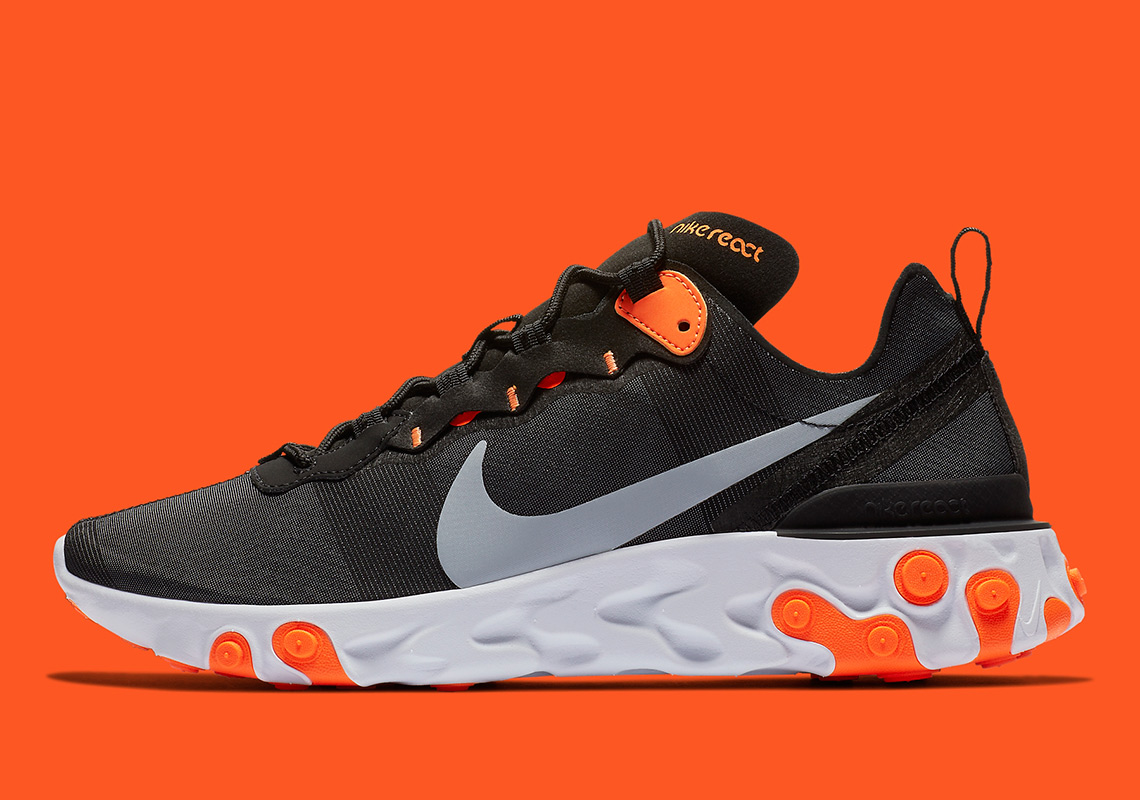 Nike’s React Element series has made quick work to the top of the pantheon of 2018’s sneaker releases. Between the beloved drops of the two original Element 87 colors and the highly enamored upcoming collaboration done by Jun Takashi and his technically sound UNDERCOVER label, the React Element is due for a very long day in the sun. Devoid of a semi-translucent upper and a cheeky cork insole, the React Element 55 is a much more cost-efficient alternative that bears the same striking aesthetic as its predecessor.

With October right around the corner, the designers out of Beaverton are set to debut a spooky black and orange color combination that will have its followers counting down the days until Halloween. It’s primarily black upper calls upon orange accents on elements the likes of its branding and its signature sole unit plugs that give this line character. Whether you need a finishing touch for your upcoming All Hallows’ Eve Jack-O-Lantern fit, or you just want to get in the holiday spirit, keep it locked to Sneaker News for release updates. 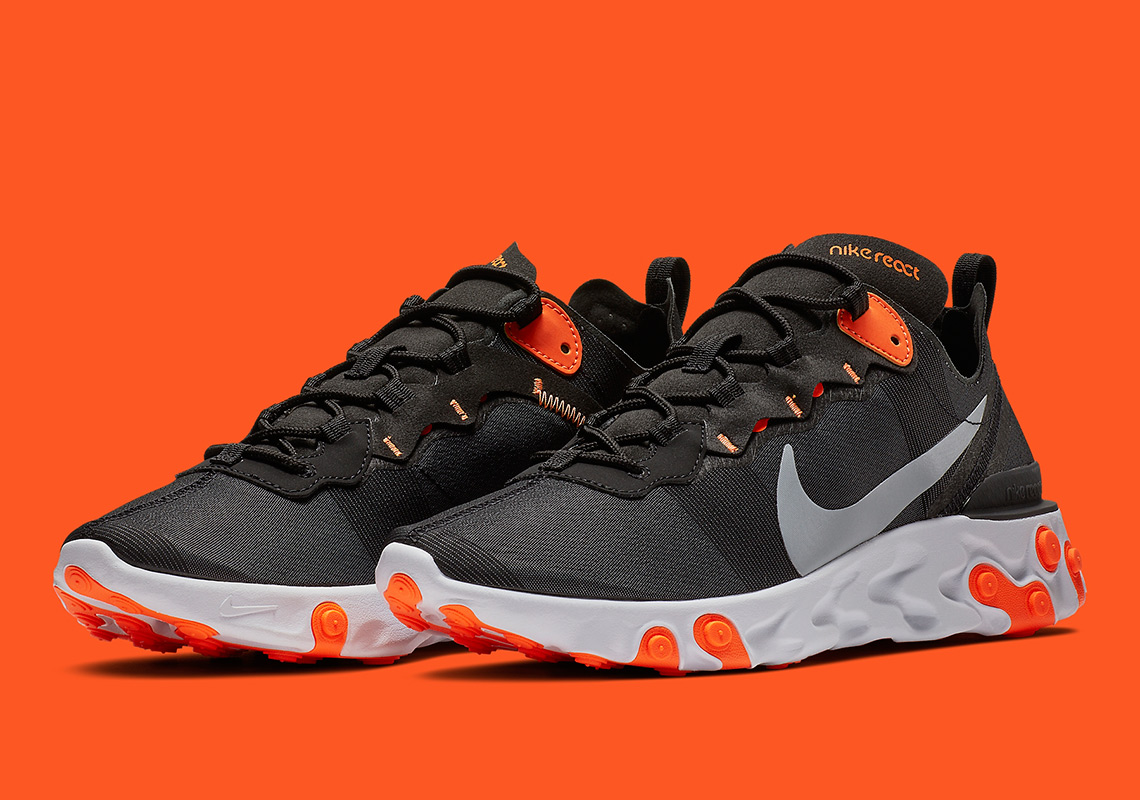 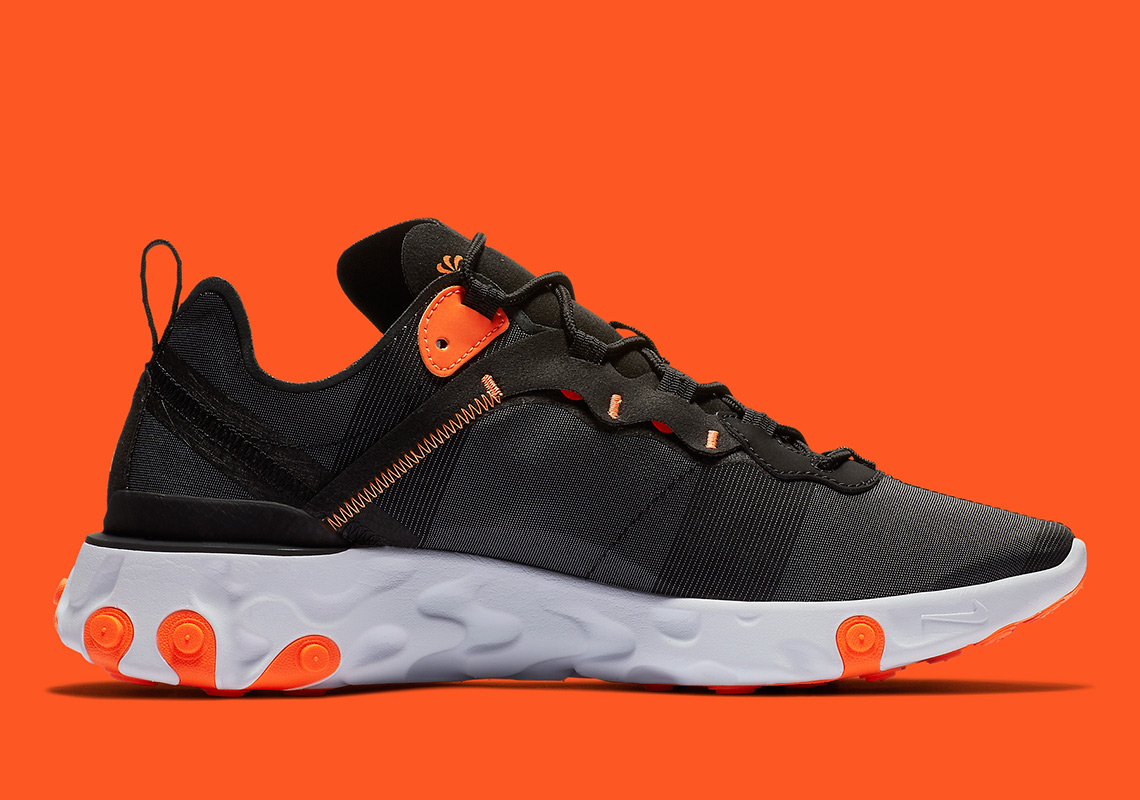 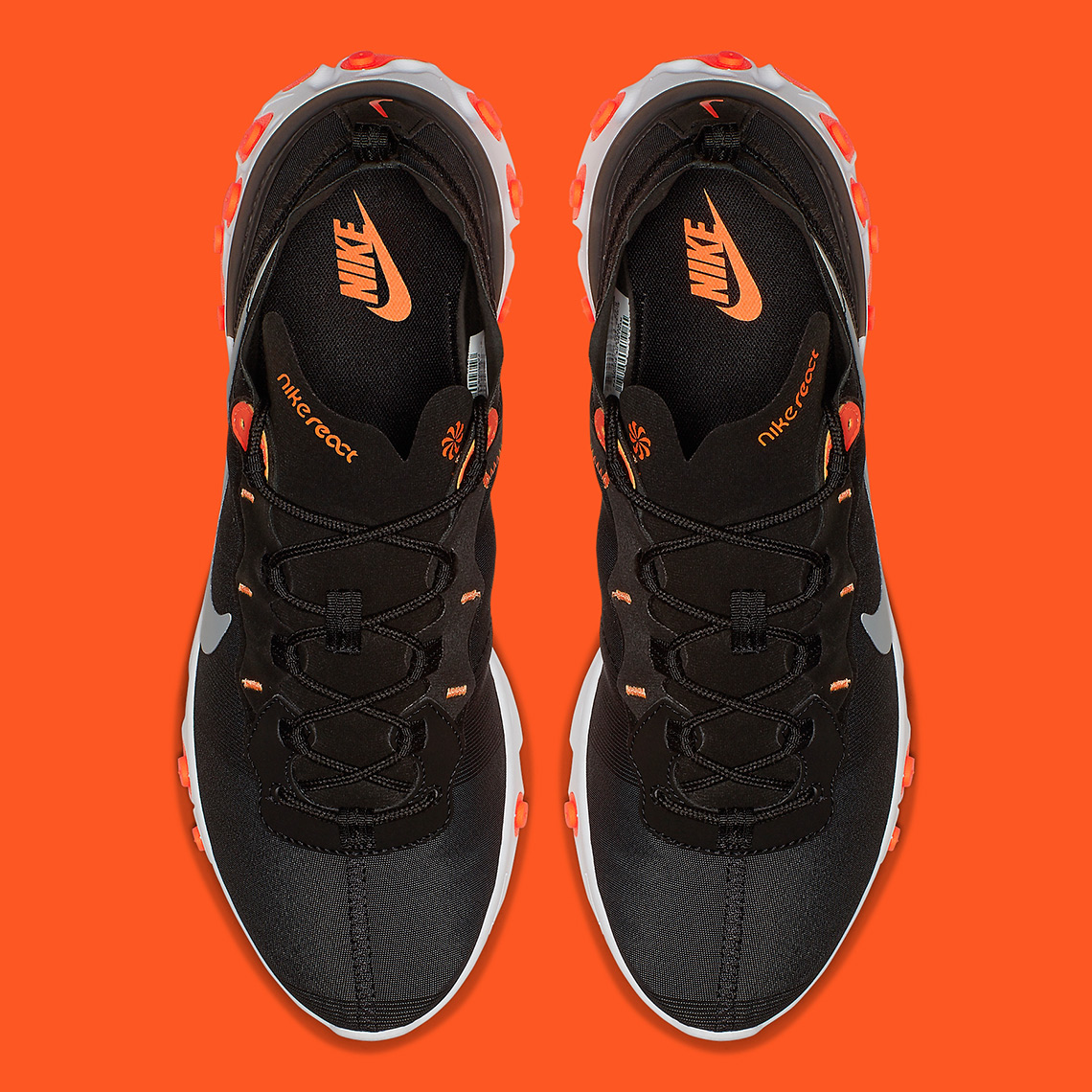 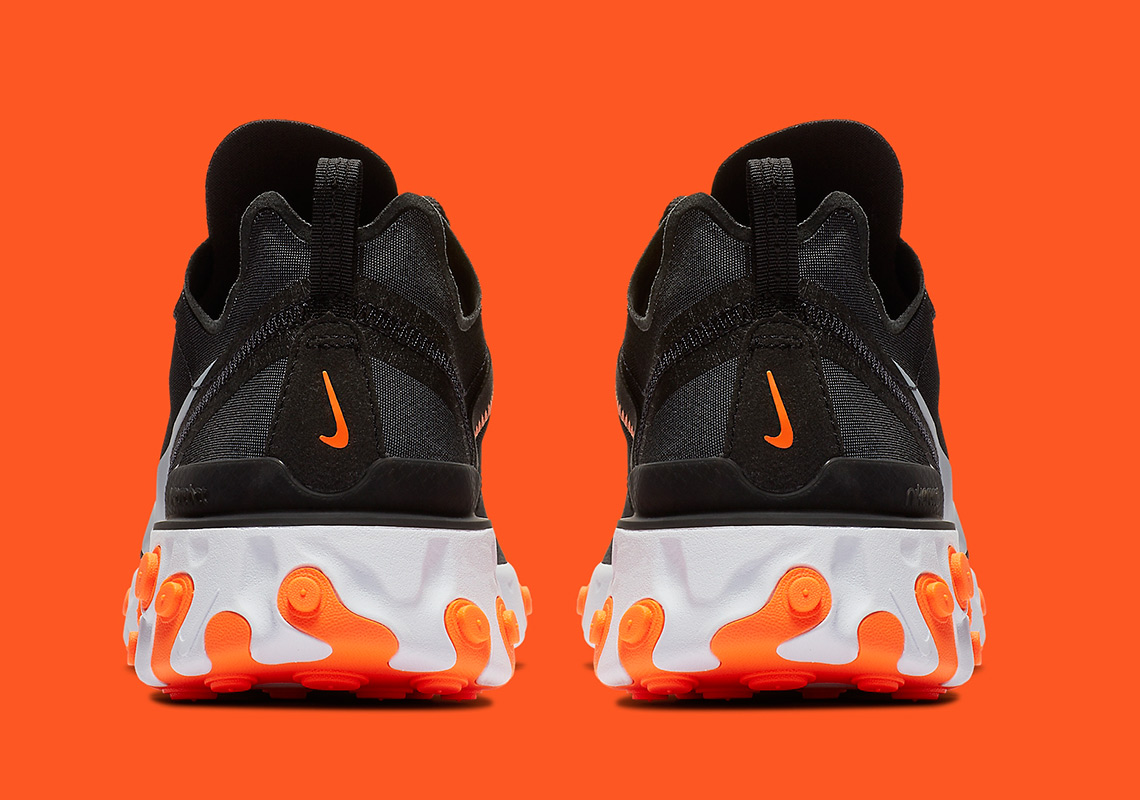 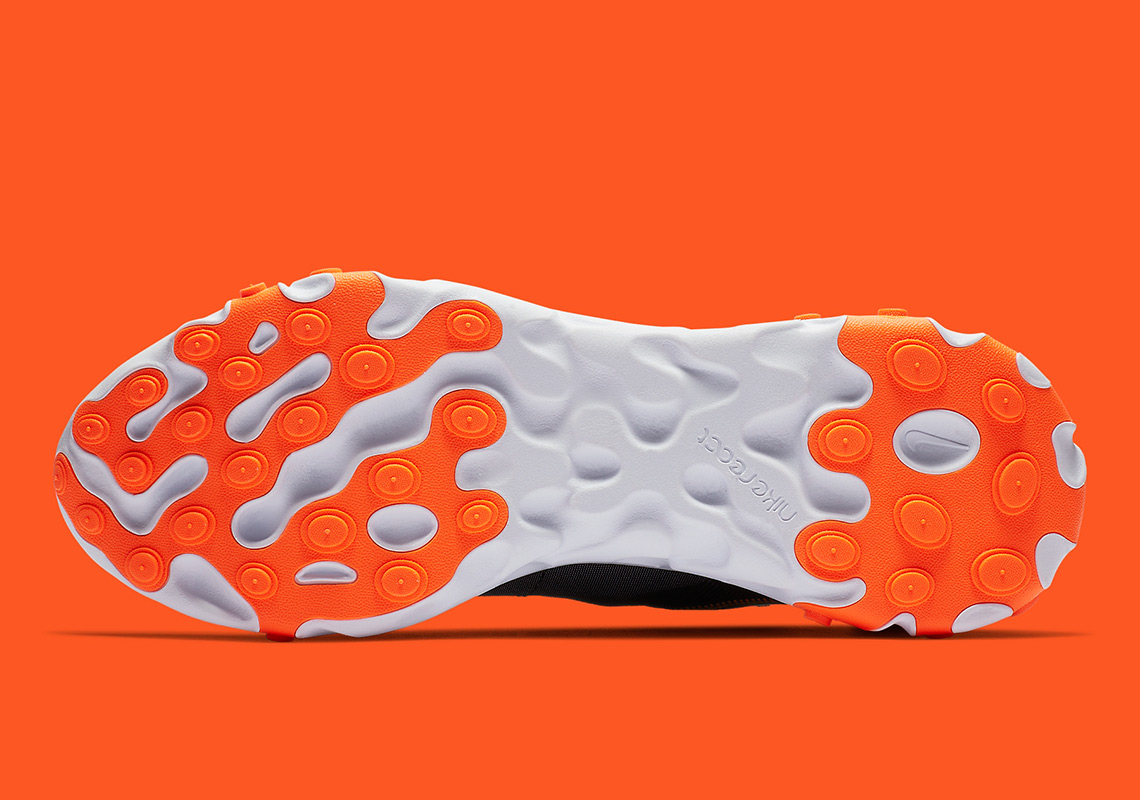