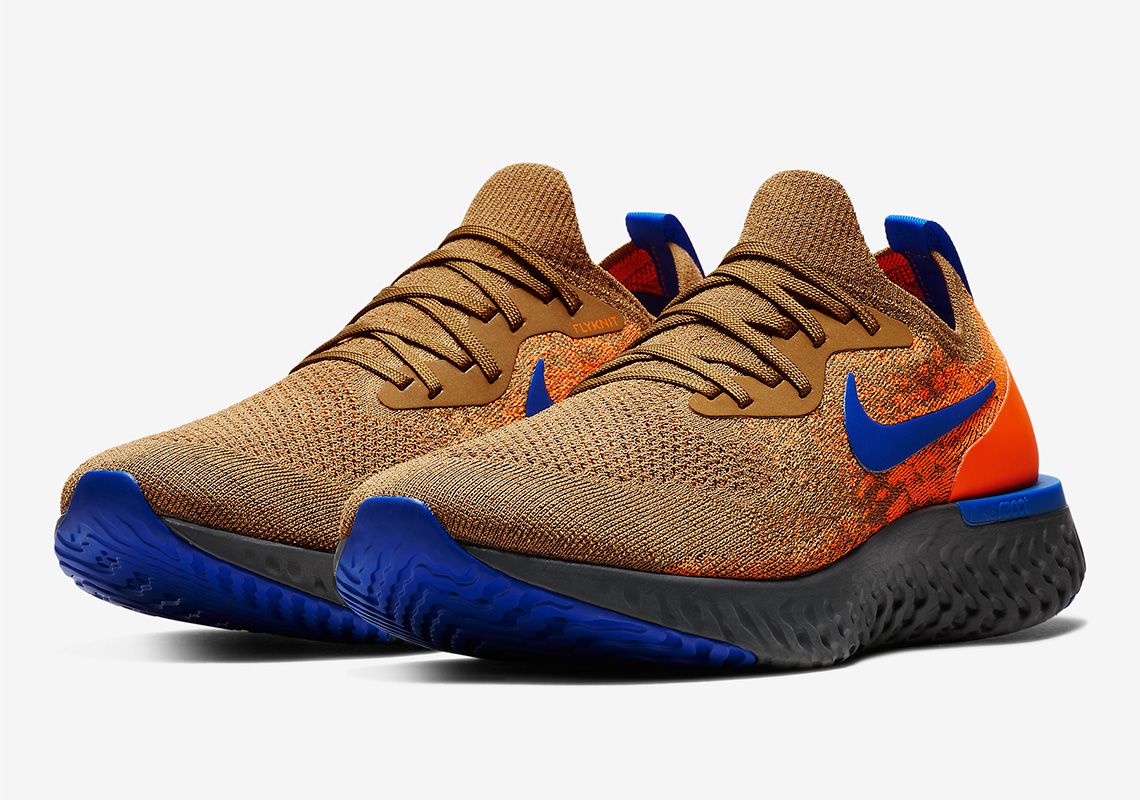 This Nike Epic React In “Golden Beige” Is Dropping In October

With Nike’s React foam technology taking the world by storm and models like the React Element 87 and React Element 55 enjoying the lion’s share of the spotlight recently, the Nike Epic React — the shoe that debuted the tech — has slightly faded into the background. Although it may be somewhat bereft of the extreme hype surrounding its aforementioned lifestyle compatriots, it’s still been arriving to market in a swath of clean colorways, the latest of which is this new “Golden Beige.”

Featuring a Mowabb-style combo of wheat gold, orange, and blue instantly recognizable to any old school Nike ACG lover, the shoe offers an interesting contrast of retro (the colorway) and cutting-edge (the technology), ensuring that the wearer’s performance and style are both top-notch. A golden Flyknit flecked with orange toward the heel serves as the upper’s base, while further accents arrive via blue swooshes/heel tabs and an orange TPU heel cage. Cushioning and contrast are provided by a black React midsole with blue detailing, and the outsole features a two-tone look for a finishing touch of style. Look for these homage-styled Epic Reacts to release October 4th on Nike.com, and retail for $150 USD. 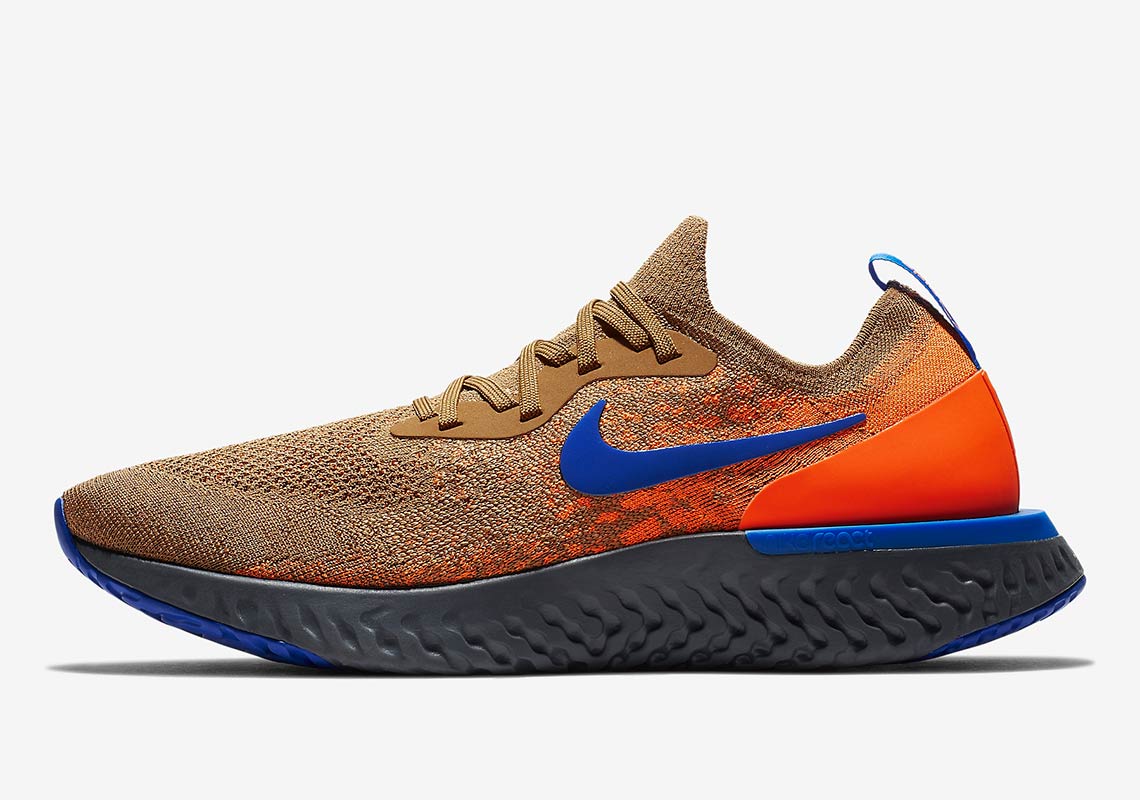 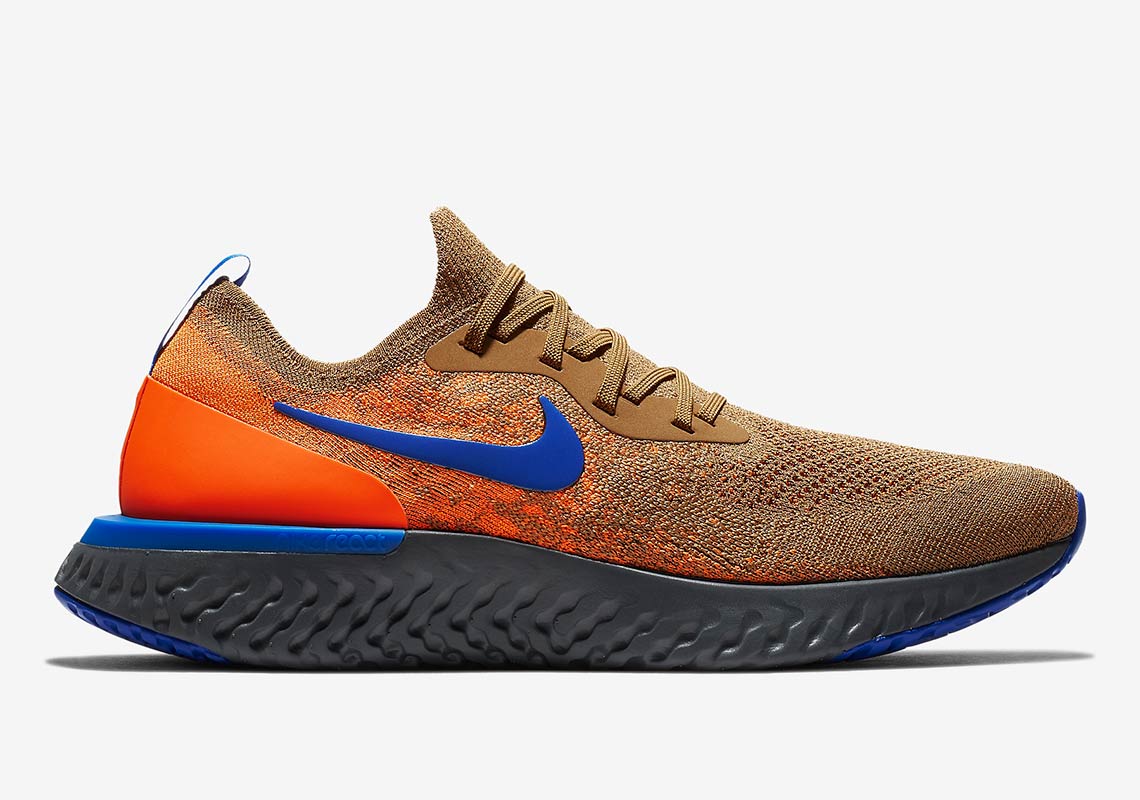 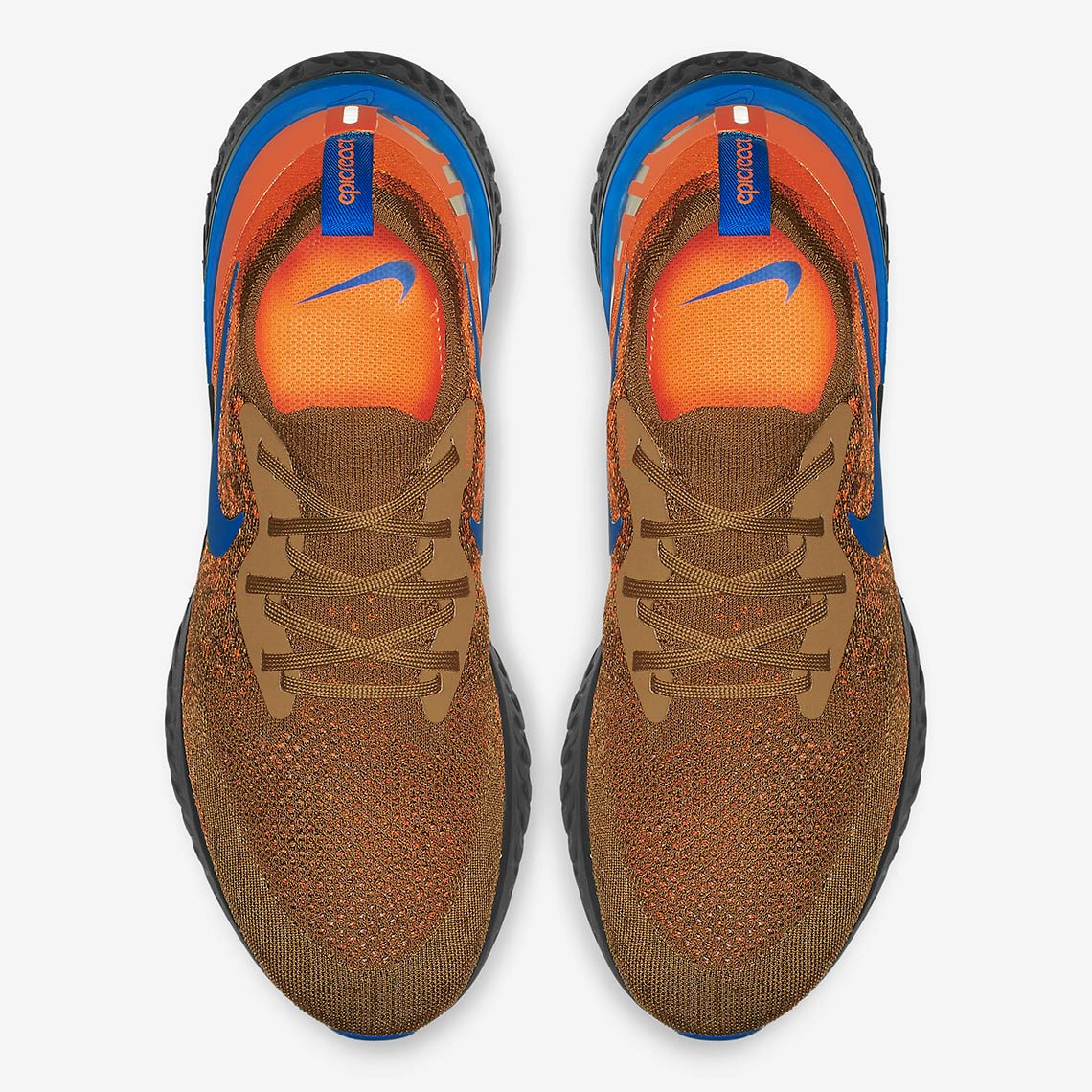 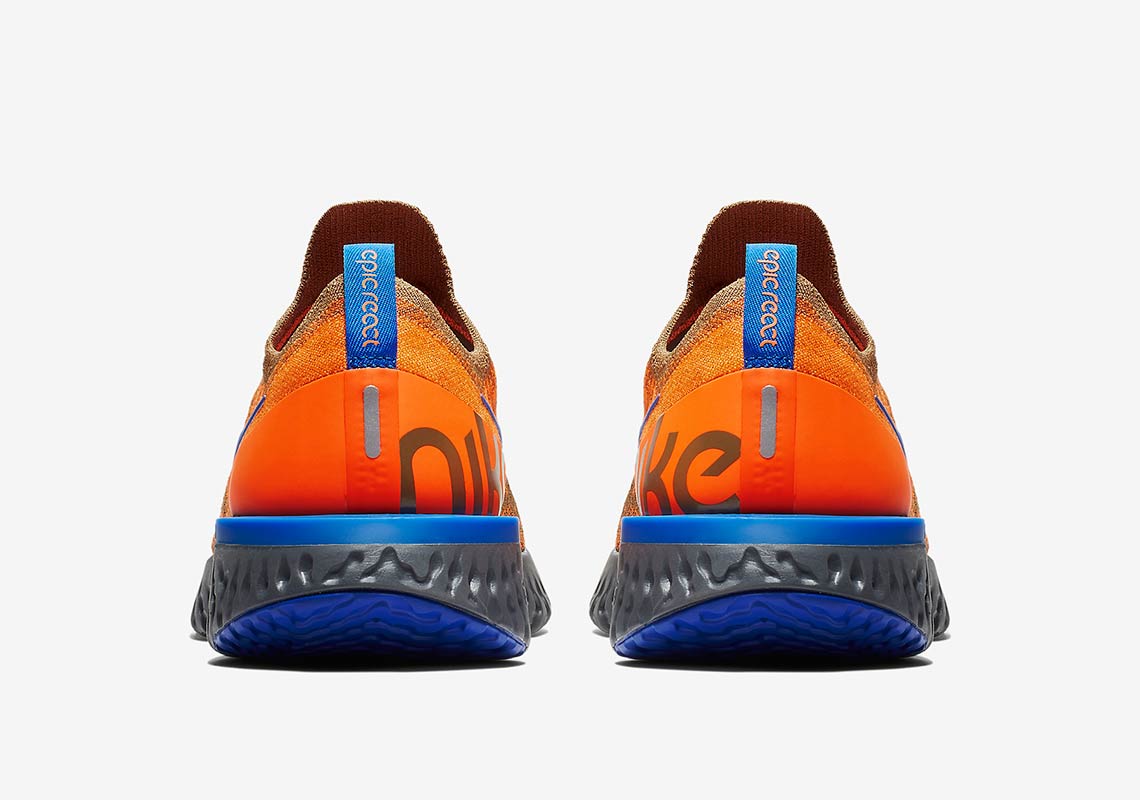 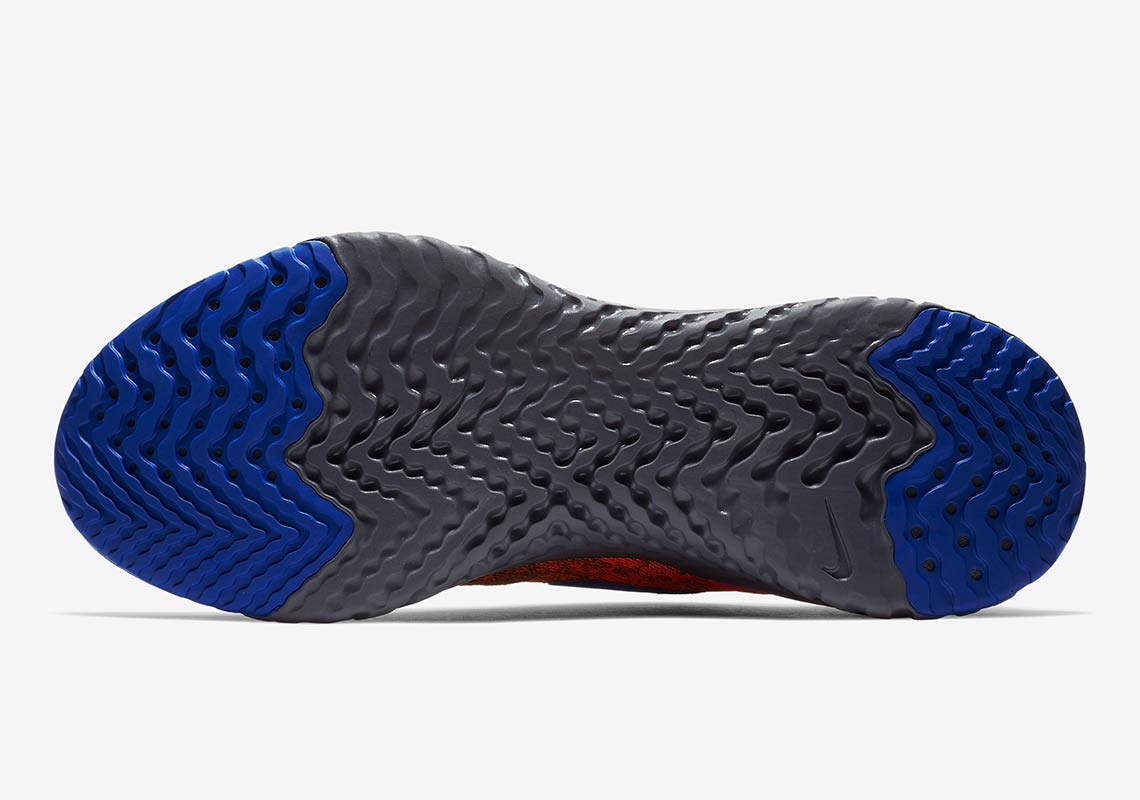