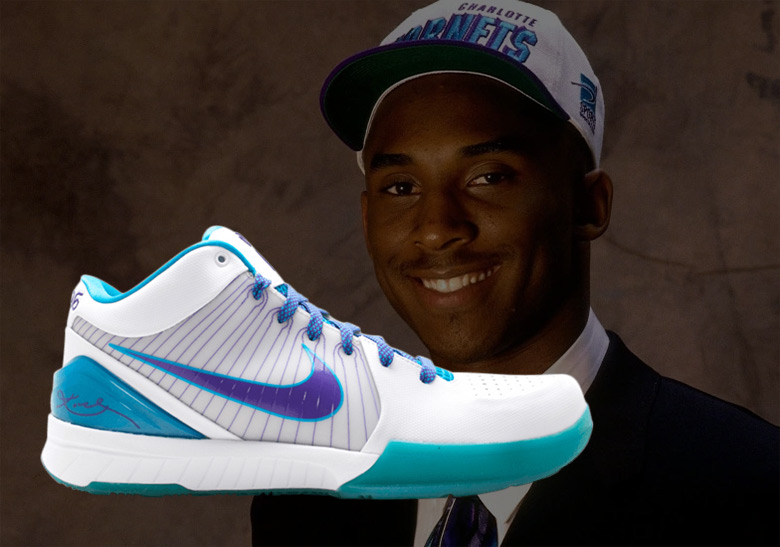 The Nike Kobe 4 Is Returning In 2019 In Protro Form

Kobe Bryant and Nike entered the “Retro” phase of the Black Mamba’s signature shoe with a twist. Rather than a straightforward re-issue of the older models, Nike opted make some key upgrades to the footwear to make them performance ready, creating the “Protro” terminology in the process. It appears that the fourth signature shoe of the Nike Kobe line is set to make a return in early 2019 in what is likely the “Draft Day” colorway, a Hornets-themed teal and purple that reminds us that it was actually the Charlotte franchise that drafted the future five-time NBA champion.

The Nike Kobe 4 is considered by many to be his most significant model for a number of reasons; it played a big role in ushering in the low-cut movement to the mainstream, while the model itself was on his feet when he won his fourth NBA title. For now, the Nike Kobe 4 Protro is set to drop in February, with more colorways are more than likely to release in 2019 as well.