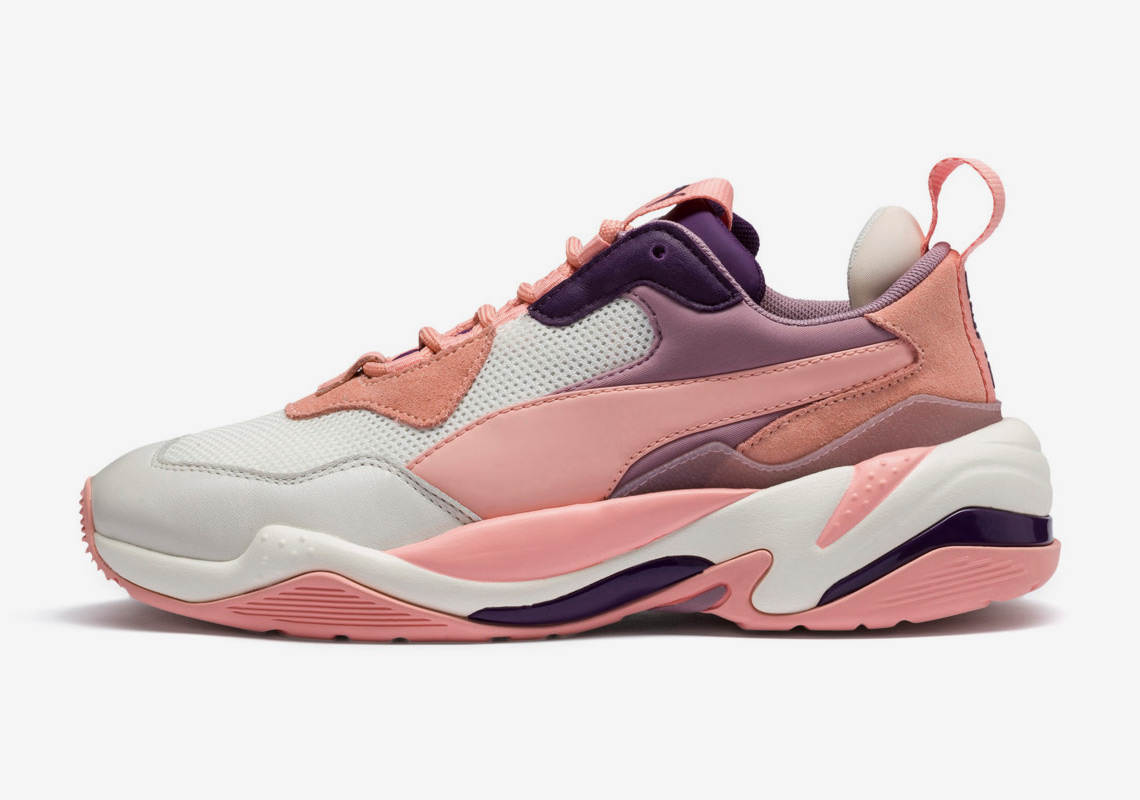 The Puma Thunder Spectra was a welcome addition to 2018’s sneaker marker when it first released earlier this spring — as it helped feed the seemingly insatiable appetites of modern-day consumers for chunky footwear. Since then, the McQ Tech Runner-inspired silhouette has hit shelves in a variety of colorways — from tonal to wildly colorful — and the latest to surface is a combination of soft pink and purple tones. White mesh is used as the base and a light grey leather appears on the toebox — but that’s all that’s straightforward about these Spectras. A combination of soft pink and rich purple suedes and leather cover the upper’s multitude of layered panels, and also appear on the midsole and outsole to add further to the whimsical look. An official release date for these colorful chunky kicks has not been announced yet, but you can expect them to drop on Puma.com in the coming weeks for $130 USD, and stay tuned to our Sneaker Release Dates page for more info on other Fall releases from the German brand. 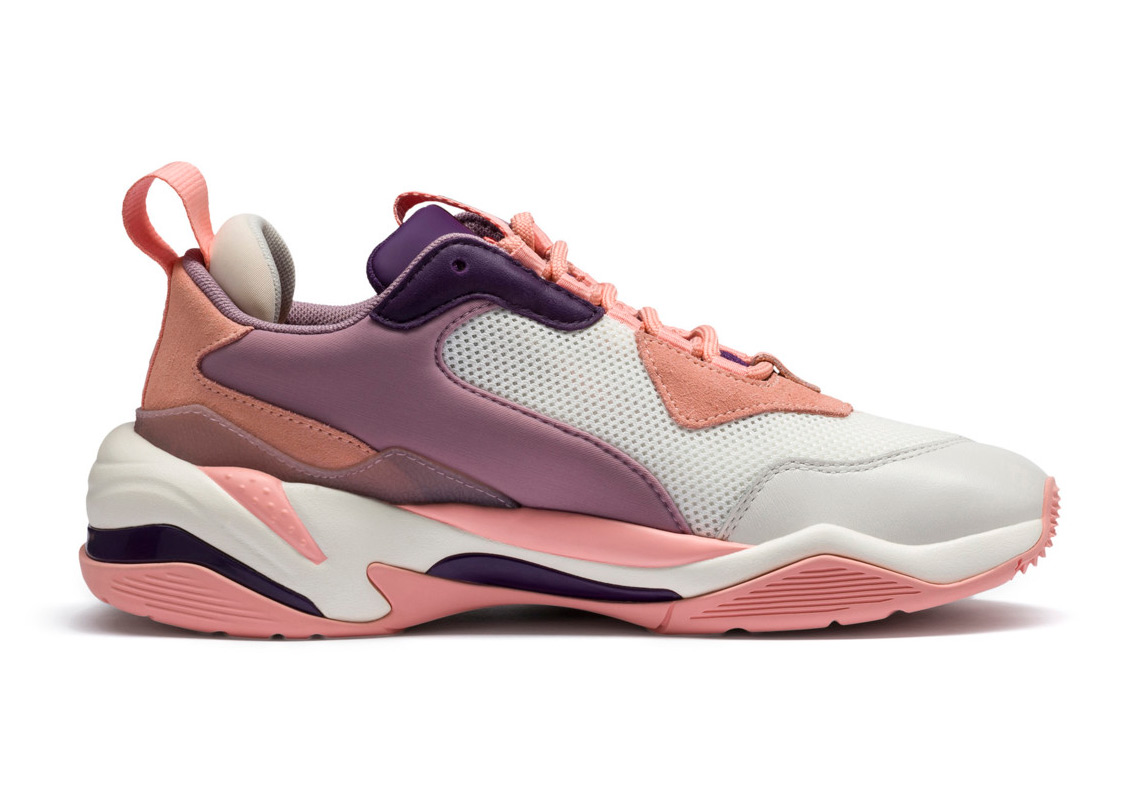 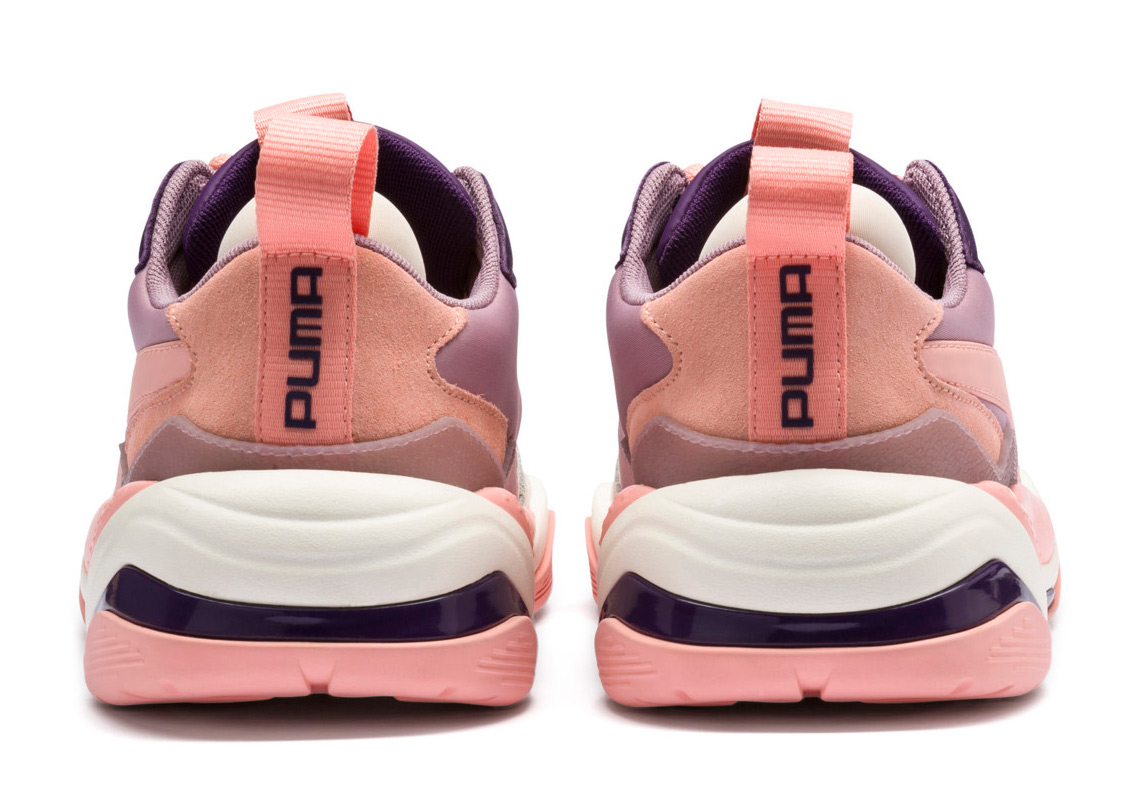 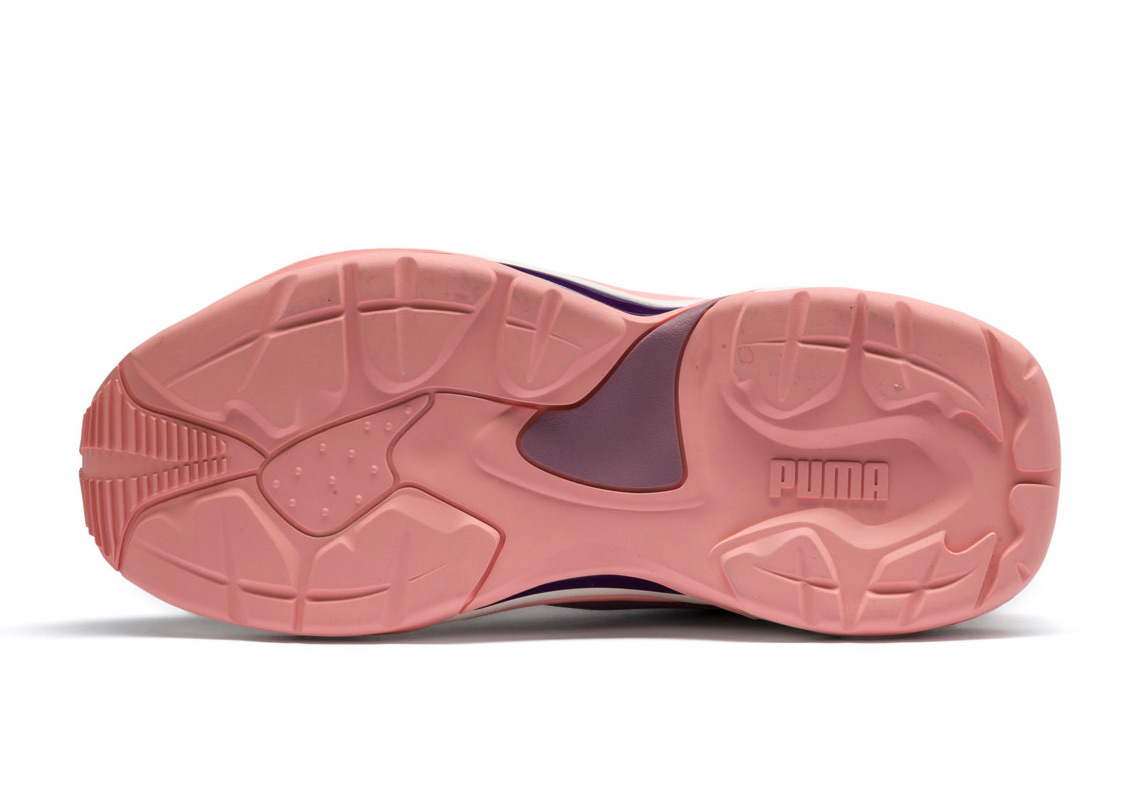