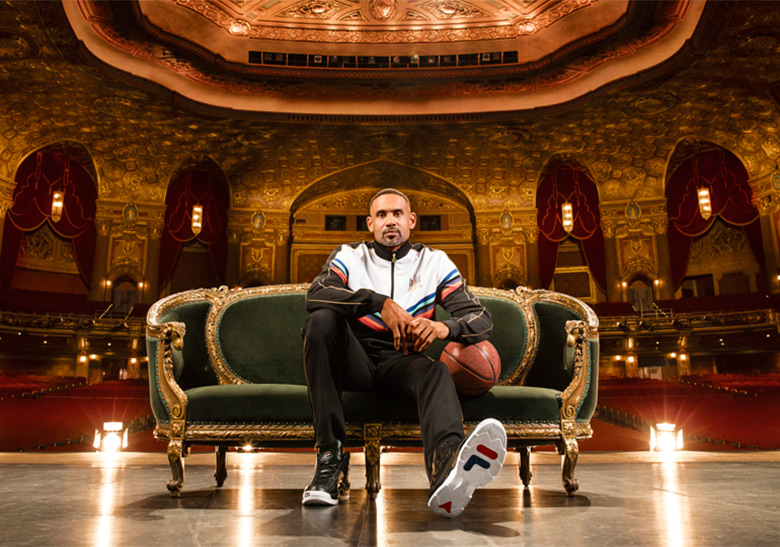 Grant Hill’s illustrious basketball career began at Duke in 1990, where he became a two-time All American over his four years as well as being a back-to-back National Champion in 1991 and 1992 alongside other Blue Devil greats the likes of Christian Laettner and Bobby Hurley. Upon being drafted by the Detroit Pistons number three overall in 1994, FILA partnered up with the budding superstar, and the two rose to glory together through the late 90s and early 00s. After being inducted into the Naismith Memorial Basketball Hall of Fame earlier this year, the nostalgic sneaker brand has penned Hill to a lifetime deal as a permanent ambassador.

“FILA is proud to have been a part of Grant’s history, partnering with him when he was drafted into the league,” Jon Epstein, President at FILA North America said. “Grant truly embodies the spirit of FILA, a brand that is synonymous with game-changers in sport and beyond. We look forward to Grant being an integral part of our move forward strategy in basketball.” Hill added, “FILA was there for my first professional steps on the court. We have now come full circle and I am thrilled to be a part of the family once again.”

To kickstart this new chapter in their partnership, Hill will participate in a ComplexCon activation in early November to celebrate his HoF career with an exclusive line of products. Any avid hoops fan in the 90s will remember the eye-catching silhouettes featured as part of the FILA Grant 1-5 series, and now the door has been opened for even more product. Be sure to tell us what you think of this lifelong deal as well as your favorite Grant Hill signature sneaker in the comments below.