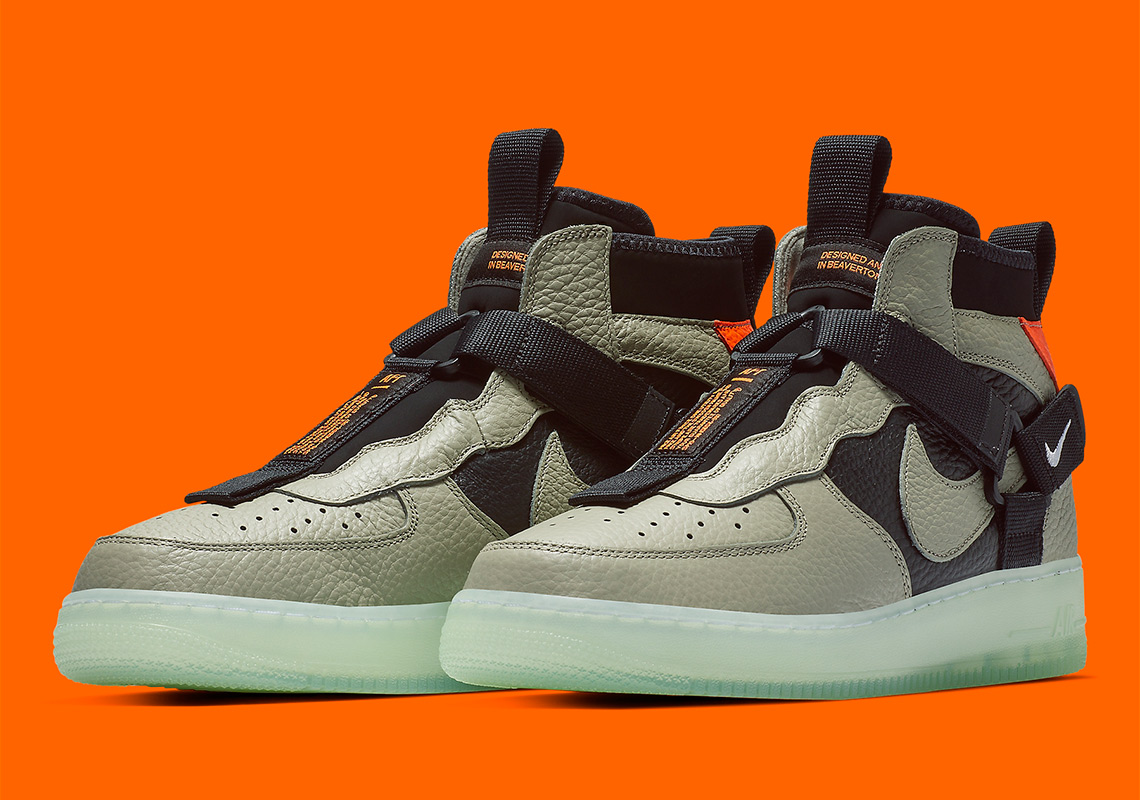 Highly detailed utilitarian designs have always had a place in Nike’s slate of lifestyle releases. From Errolson Hugh’s futuristic Nike x ACRONYM creations to A-COLD-WALL’s recent Vomeros, the Swoosh has added many a technical embellishment to some of their most timeless models. The next classic up for a modern-day “Utility” makeover? The Air Force 1 Mid, arriving in a new “Spruce Fog” colorway that combines a tan/black leather base with orange/spruce accents. Although the AF1 Mid’s classic cut and leather construction are both left intact, there’s plenty of differences: the laces are replaced by a sturdy strap system — embellished with factory-style branding — that reaches across the throat and heel before connecting on the midfoot. A neoprene sockliner ensures a snug and comfy fit, while large heel/tongue tabs add further to the technical style. A crisp translucent spruce midsole/outsole combo then completes the look. These futuristic Forces will release January 12th for $180 USD, so check out a list of stores that will have stock below to see where you can secure a pair. 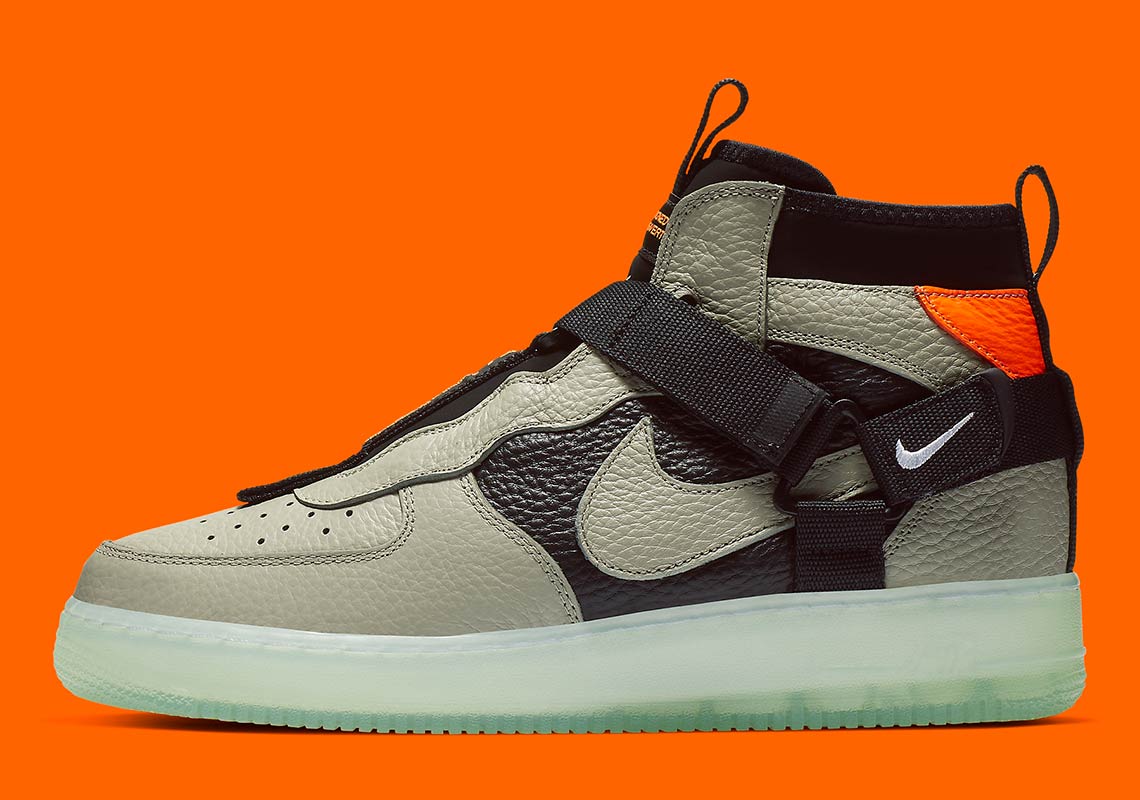 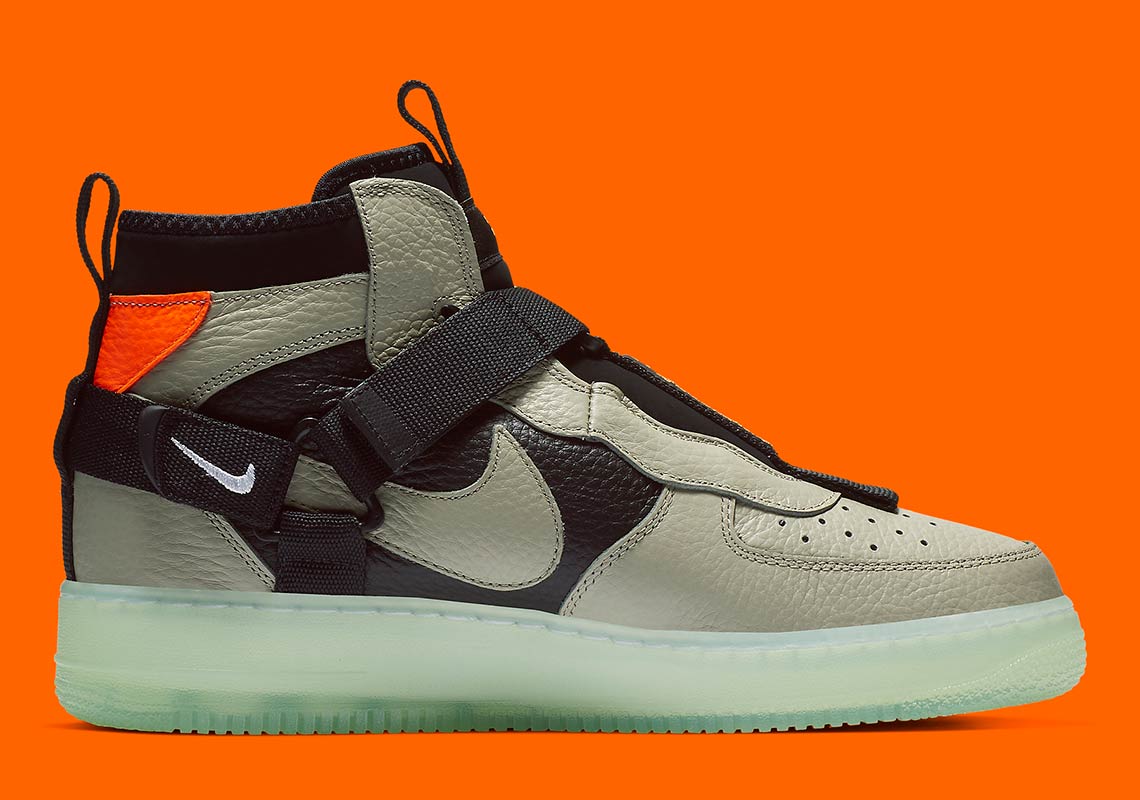 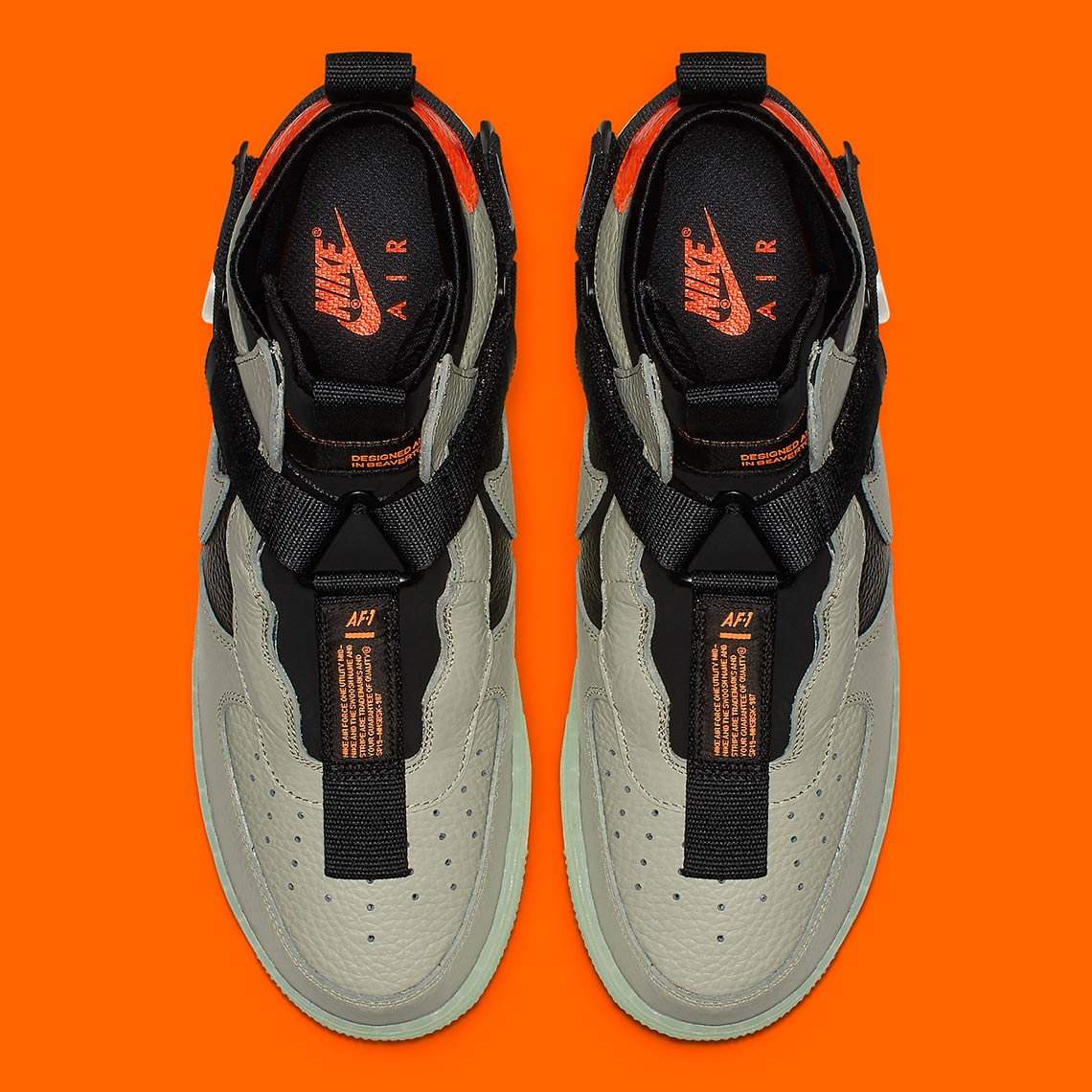 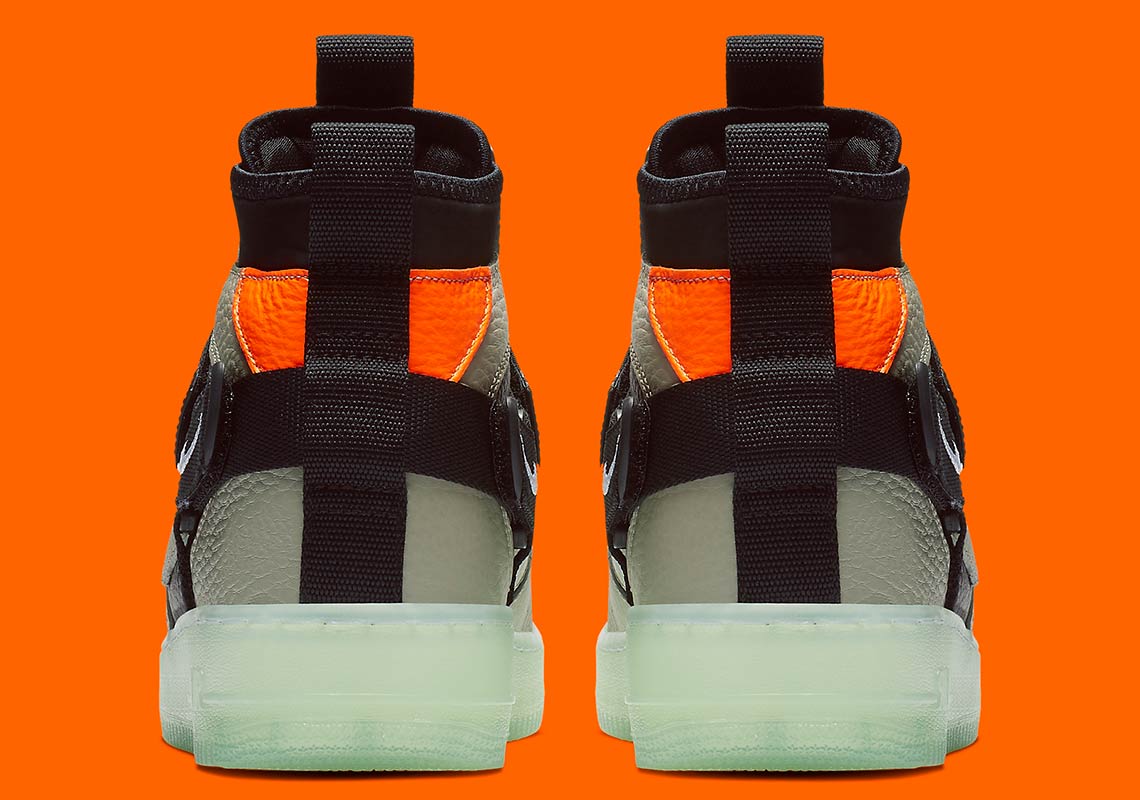 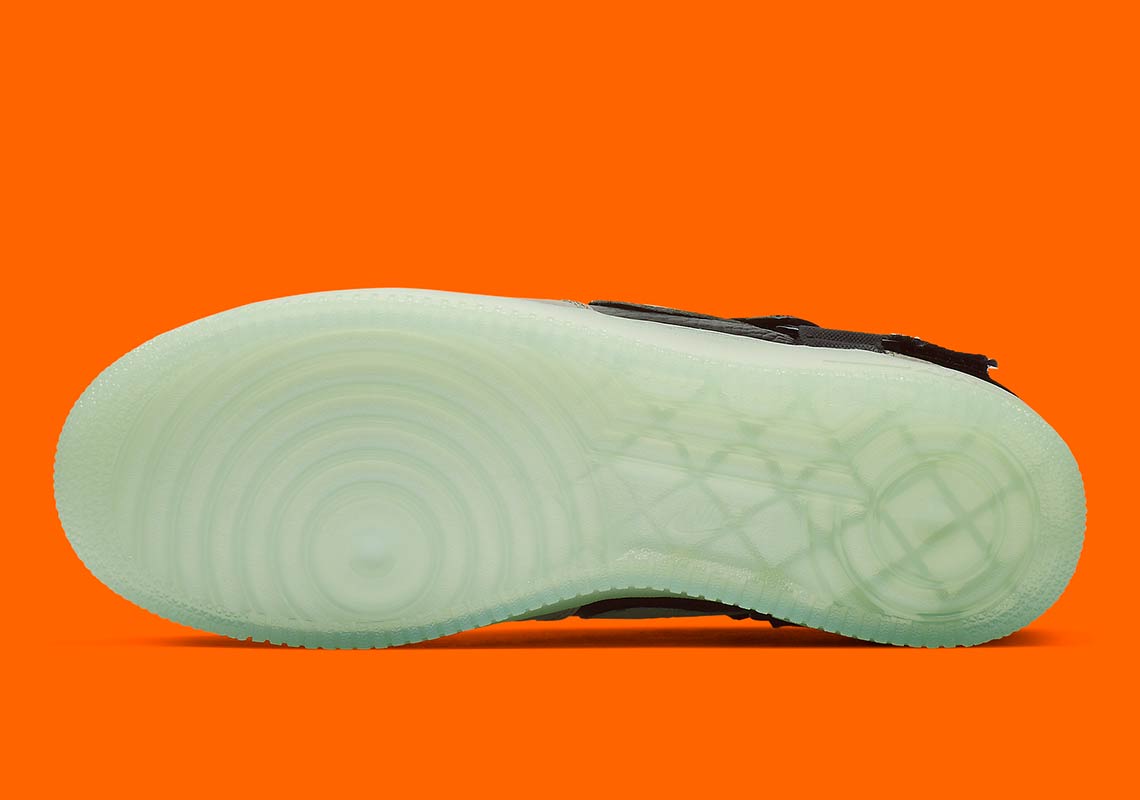