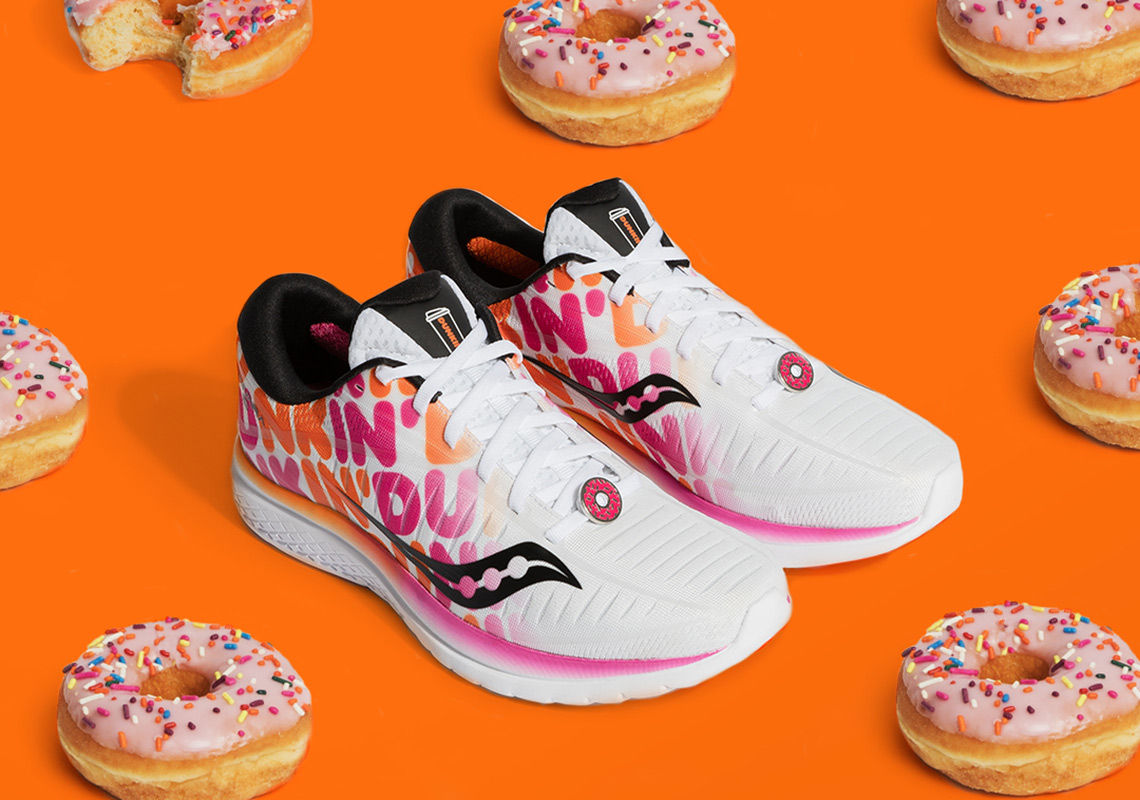 Inspired by Boston’s iconic marathon, Saucony and Dunkin’ are partnering up for the second straight year to release a deliciously co-branded running shoe. Even though Dunkin’ has ditched their “Donuts” monicker, this Kinvara 10 offering represents the innate relationship between coffee and donuts with a metallic donut decal on its laces and a signature styrofoam cup of coffee on its tongue. However, since pairs are available in kids sizes as well, Saucony’s design team has opted to keep the pint-sized versions devoid of any coffee branding in an effort not to encourage early growth stunting.

With last year’s release having sold out in record time, it made all the sense in the world to refill consumers cups with another go-around including the Kinvara 10s and matching apparel. Pairs are currently available on Saucony.com with units arriving at Marathon Sports Stores in Boston, Brookline, Cambridge, Wellesley and marathonsports.com tomorrow and at John Hancock Sports & Fitness Expo on April 12-14th. 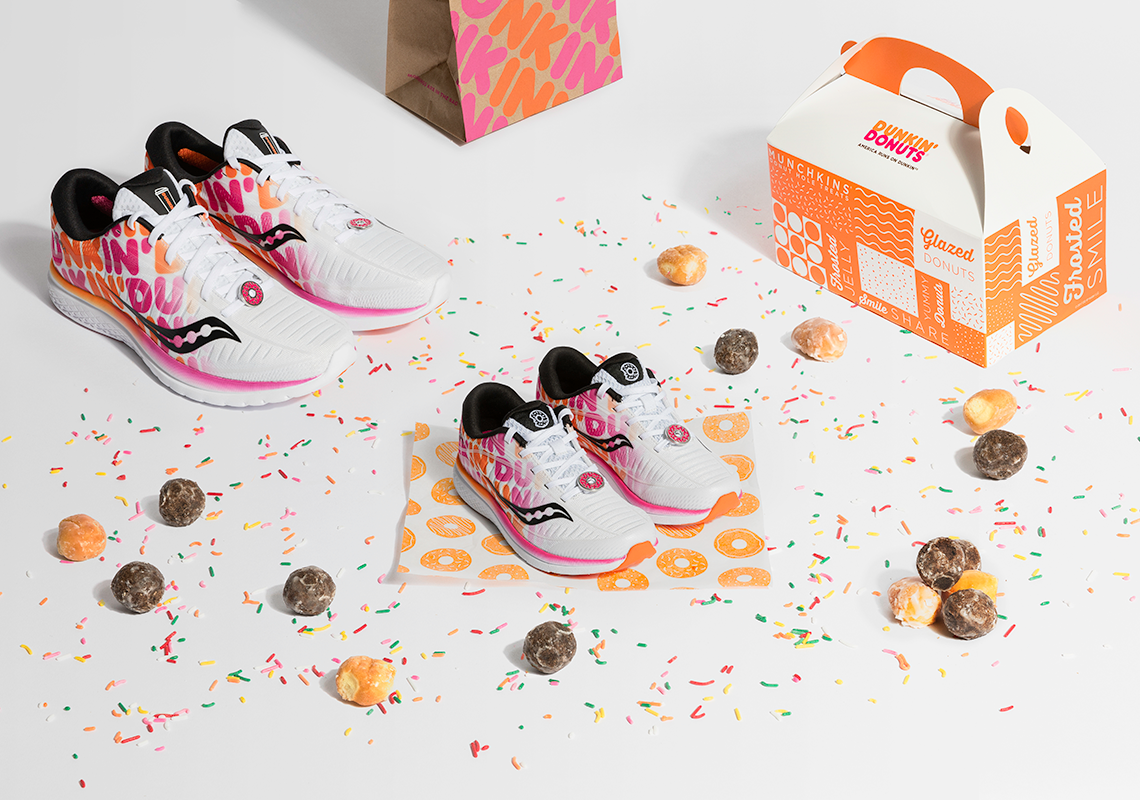 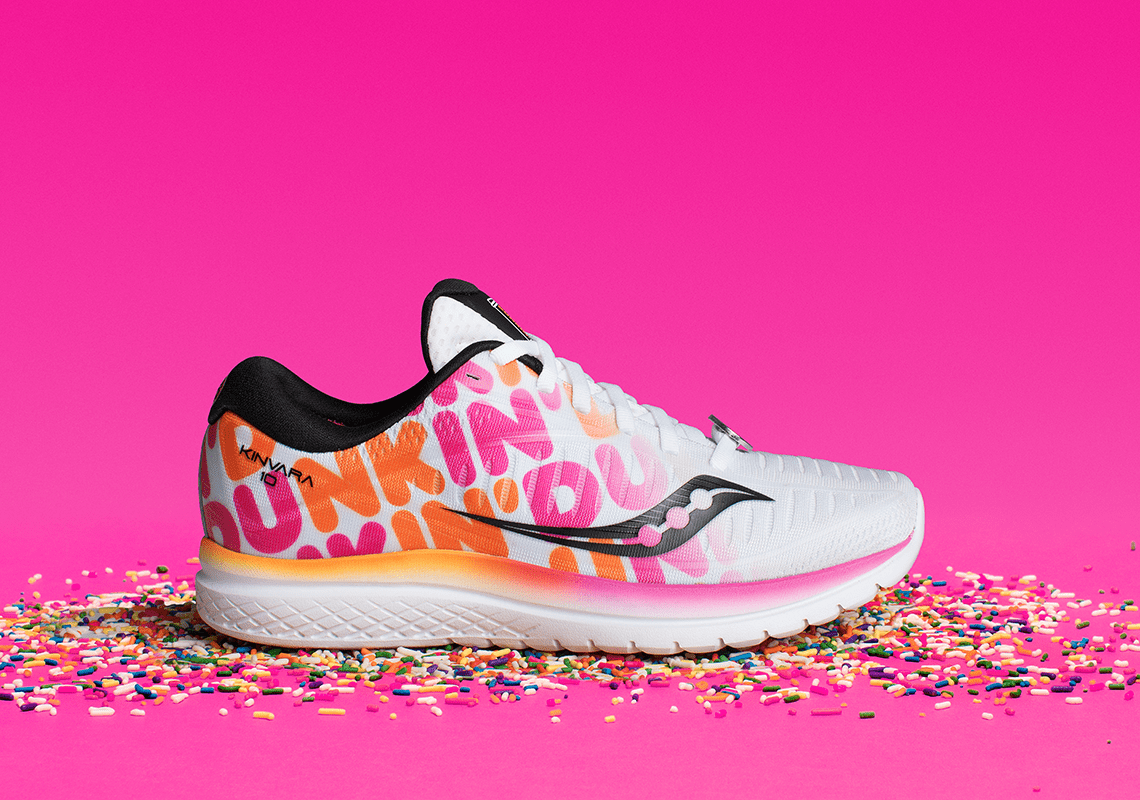 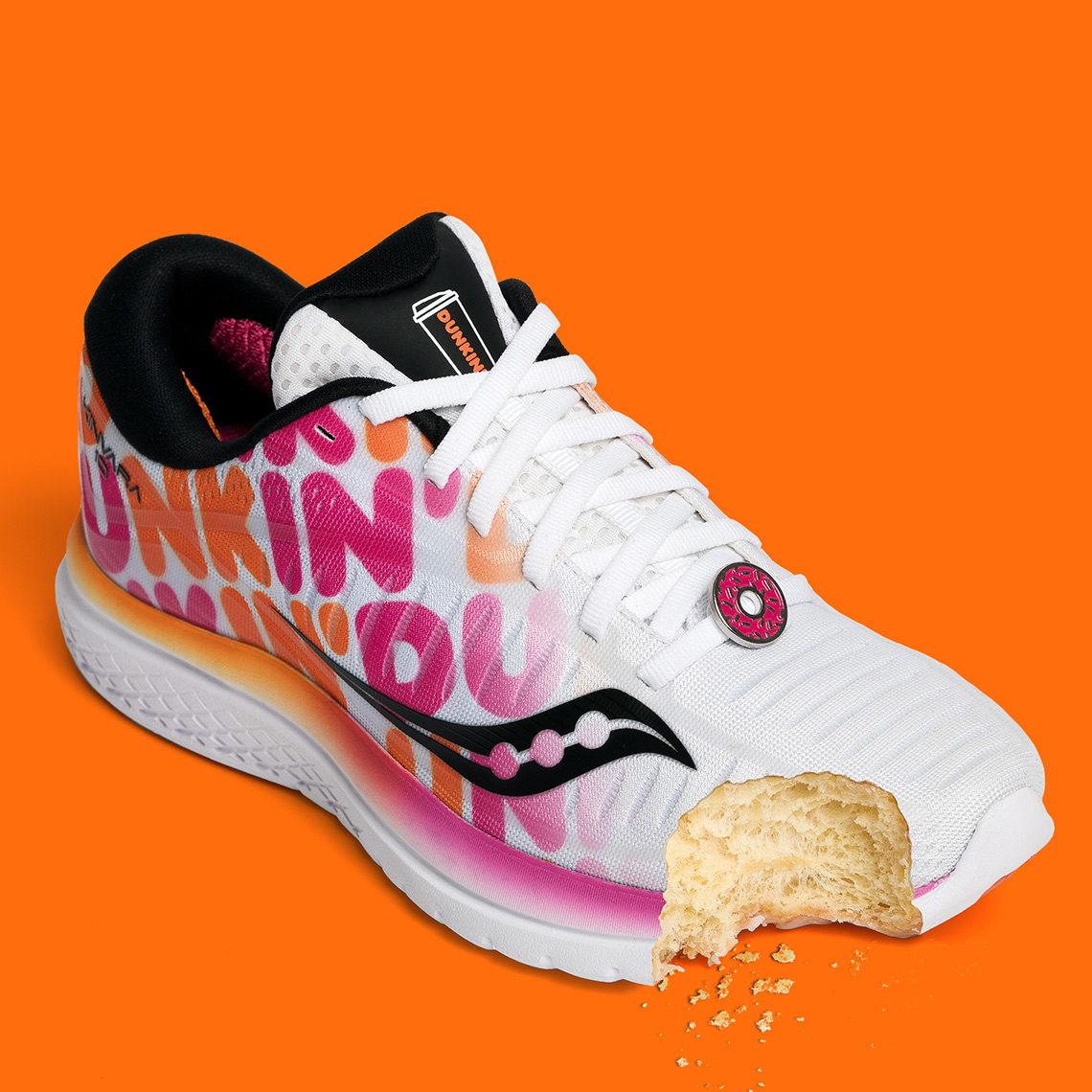