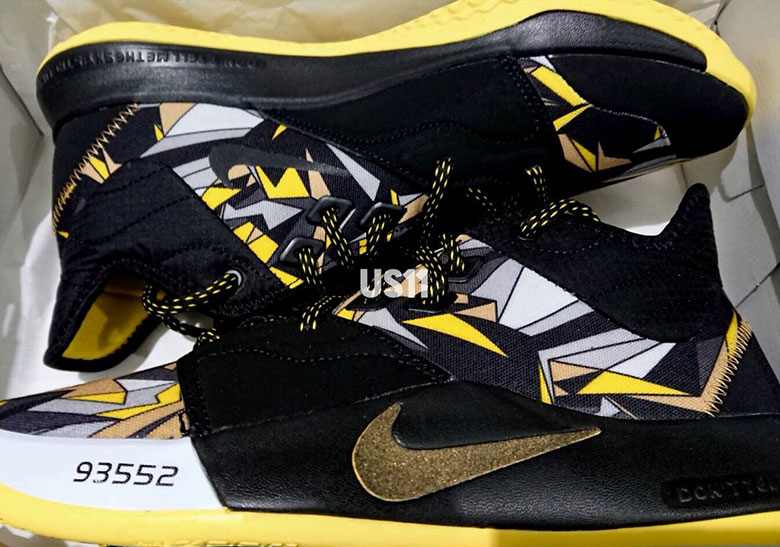 Kobe Bryant‘s signature Nike line has frequently provided inspiration for the Swoosh Brand’s other elite athletes, and now Paul George is next up for a Mamba-inspired makeover, as his Nike PG 3 will release in a brand-new “Mamba Mentality” colorway. Although PG opted not to follow Bryant’s legacy by joining the Lakers this offseason, instead opting to remain in OKC with Russell Westbrook and the Thunder, his line is certainly no stranger to Kobe-inspired makeups, as the Nike PG 2 released on Mamba Day 2018 with a style that drew from the “Prelude Pack” Nike Kobe 6s. This time around, his commemorative shoes feature a black, gold, and yellow base, with the accents provided by a jagged abstract pattern that graces the upper’s underlays. A large gold Swoosh appears on the midfoot, and flecked black/yellow laces tie the Lakers-esque stylings together. Get a first look at the new kicks here, and expect a release on April 13th — the anniversary of Kobe’s final game in the NBA — for $120 USD. 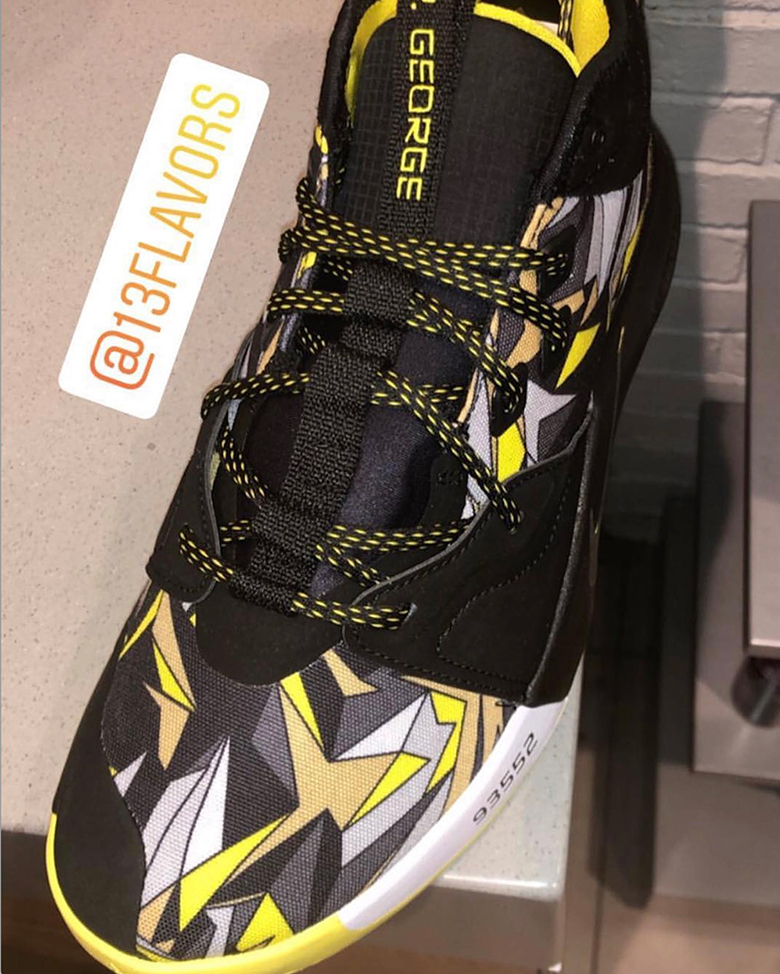