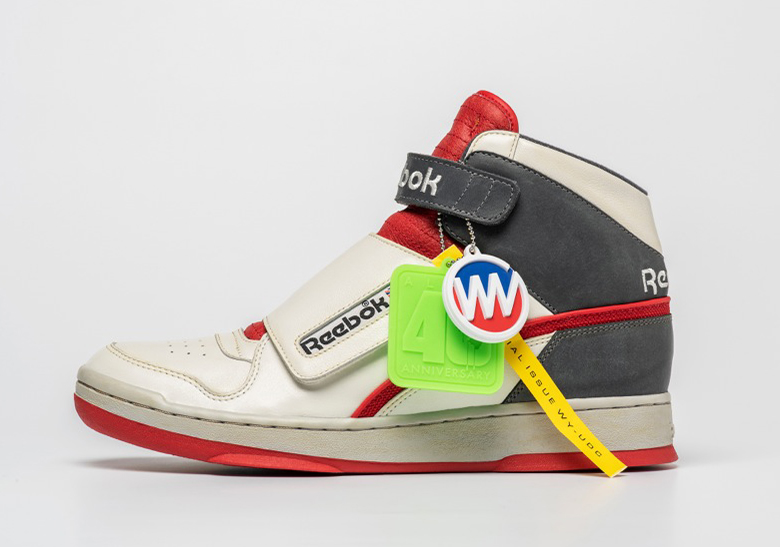 It’s been 40 years since Alien first terrified and enthralled moviegoers nationwide, and Reebok is celebrating the special anniversary with a remake of their mid-top Alien Stomper sneaker, a legendary silhouette that debuted in 1986 as the signature footwear of franchise hero Lieutenant Ellen Ripley. Also worn by Science Officer Bishop, this lovingly-crafted mid-top remake boasts an instantly recognizable look thanks to its classic-yet-futuristic premium leather construction, intentionally aged aesthetic, and precise attention to detail. Although there aren’t any laces, there are plenty of Reebok logos: two on the shroud that covers the neoprene tongue, one on the ankle strap, and one on the heel. The shoe also boasts a true-to-the-original color scheme, combining a white and dark grey base with signature hot red accents. These sci-fi sneakers also come packaged with plenty of accoutrements, like dustbags, special hang tags, and even a “Bug Stomping Guide” to ensure that they’re used properly, all packaged in a triangular box with a unique alternate “Weylan-Yutani” logo that die-hard fans of the franchise are sure to enjoy.

This marks the third time in the last four years that Reebok has re-released the Stomper, as they dropped both mid and high-top versions in 2016, then modified the design for two special “Final Battle” makeups in 2017. 20th Century Fox described the shoes as “one of the most requested licenced products” related to the Alien franchise, so these carefully crafted space shoes are sure to be wildly popular with movie buffs and sneaker lovers alike when they release in unisex sizes on April 26th at the retailers listed below. 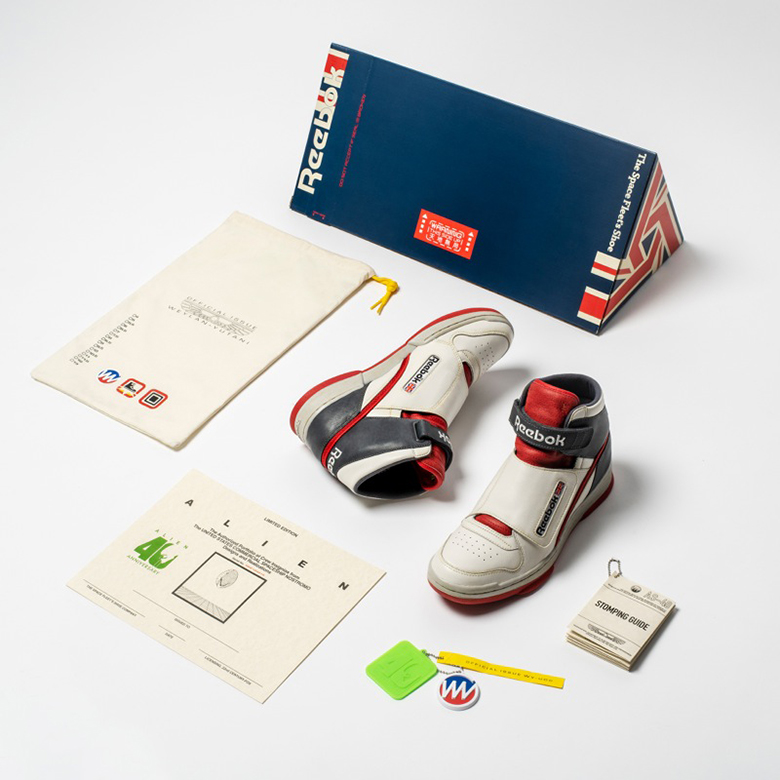 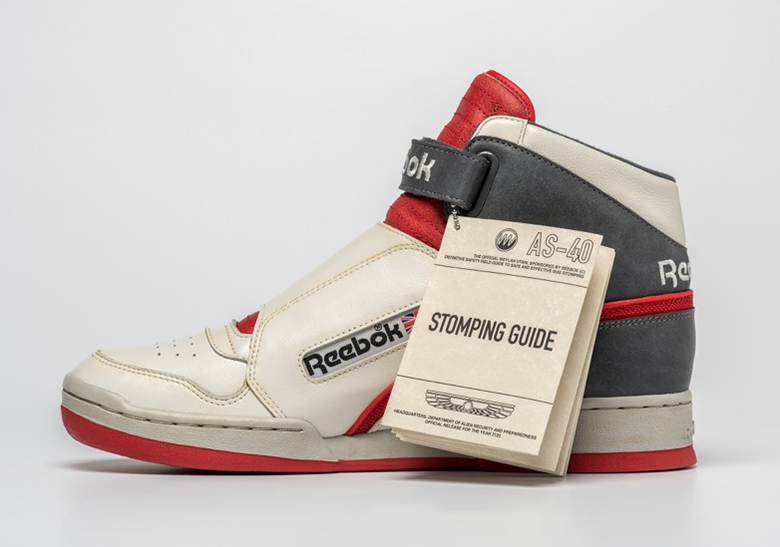 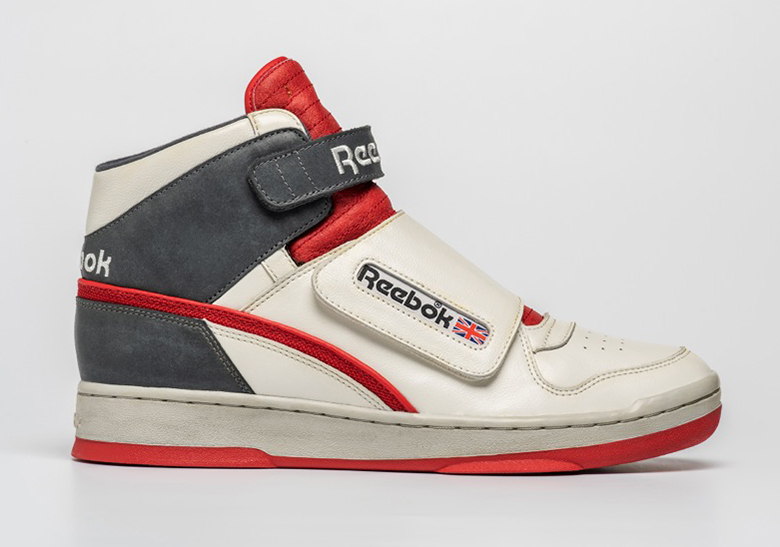 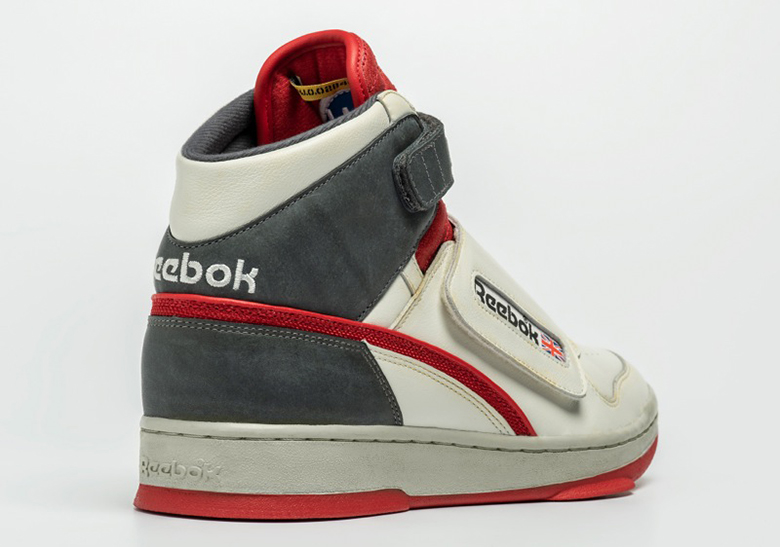 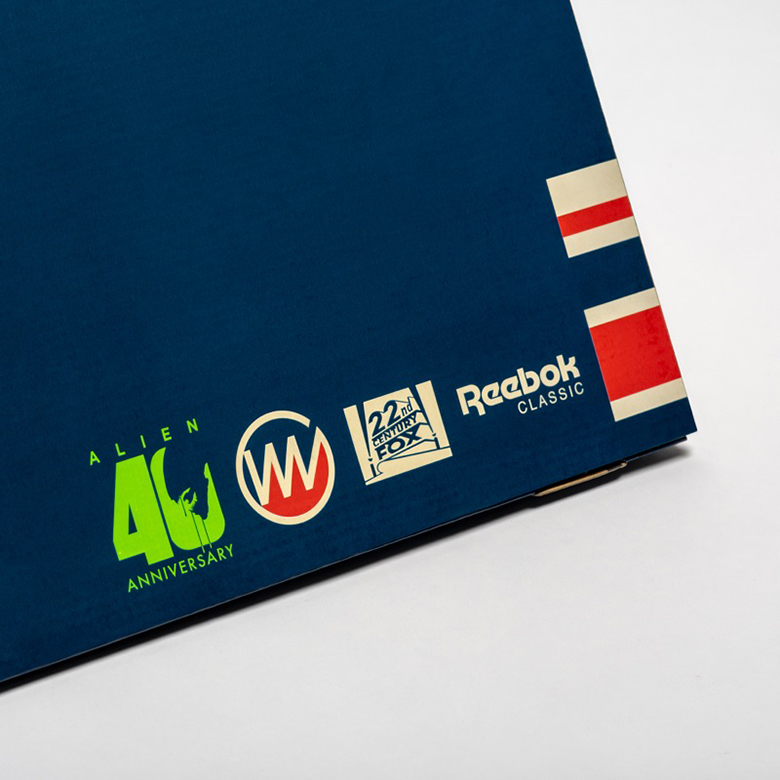 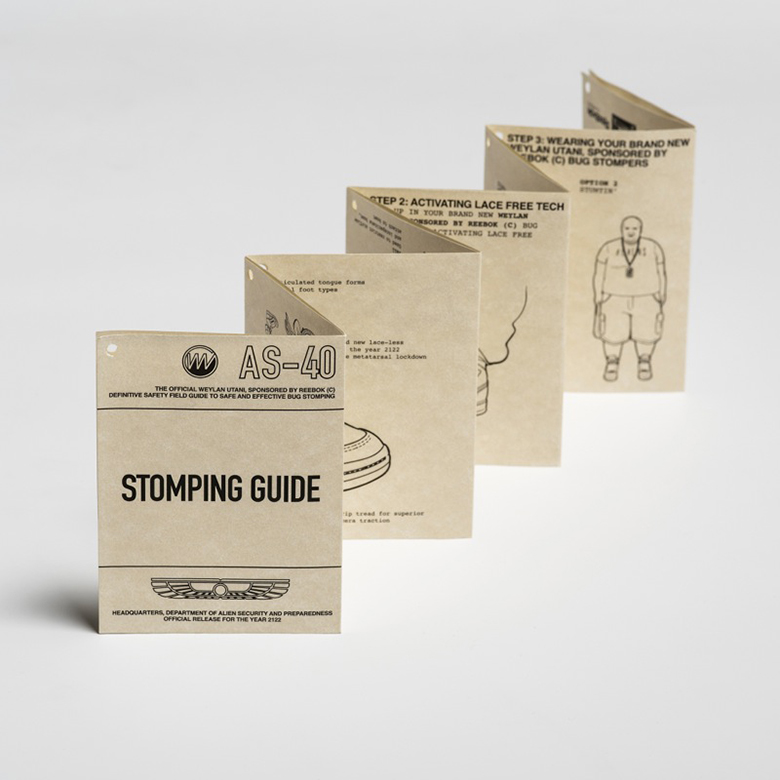