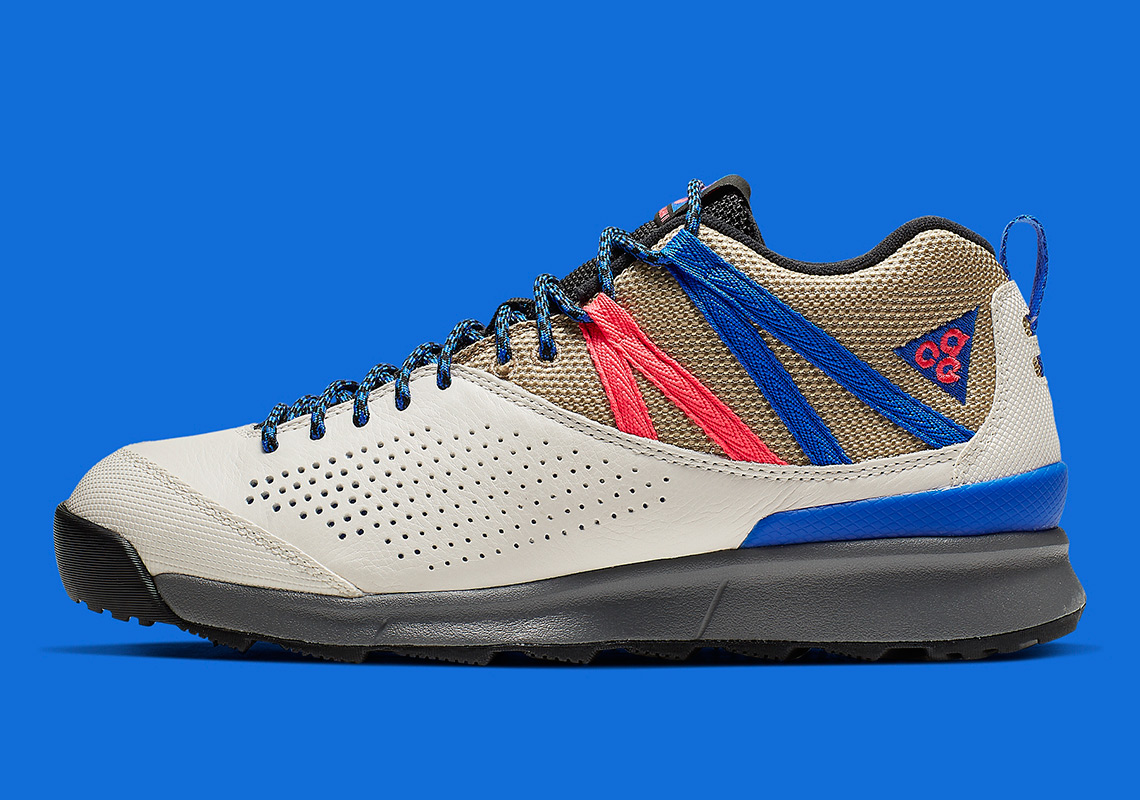 The Nike ACG Okwahn II, which saw its revival back in November after an almost 6 year hiatus, is back once again in a mixture of Racer Blue and Crimson. Leather materials, which hug the entire surroundings of the shoe, remain neutral in a Sail appearance as overarching panels of synthetic add slight texture alongside the profile perforations. Swooshes are almost entirely absent along the pair, with only the classic ACG iconography sitting nearby its heel counter patch and tongue. Webbing which crosses to the eyestay from underneath the foxing, boast colorful hits of pink and blue against an earth tone backdrop of light tan. Roped laces sit in patterned cool tones against a vamp of black mesh while similarly painted sole units feature that characteristically aggressive touch. Grab a detailed look below and expect to find this newest colorway to hit select retailers and Nike.com come April 20th. 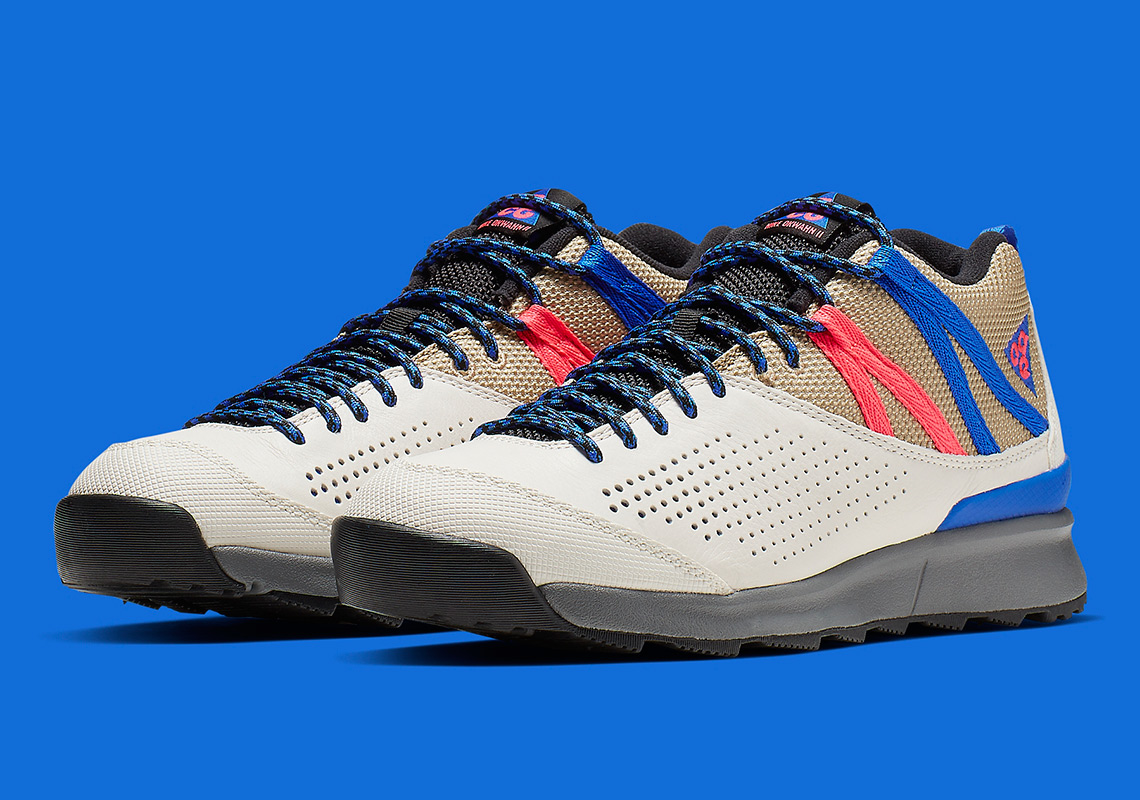 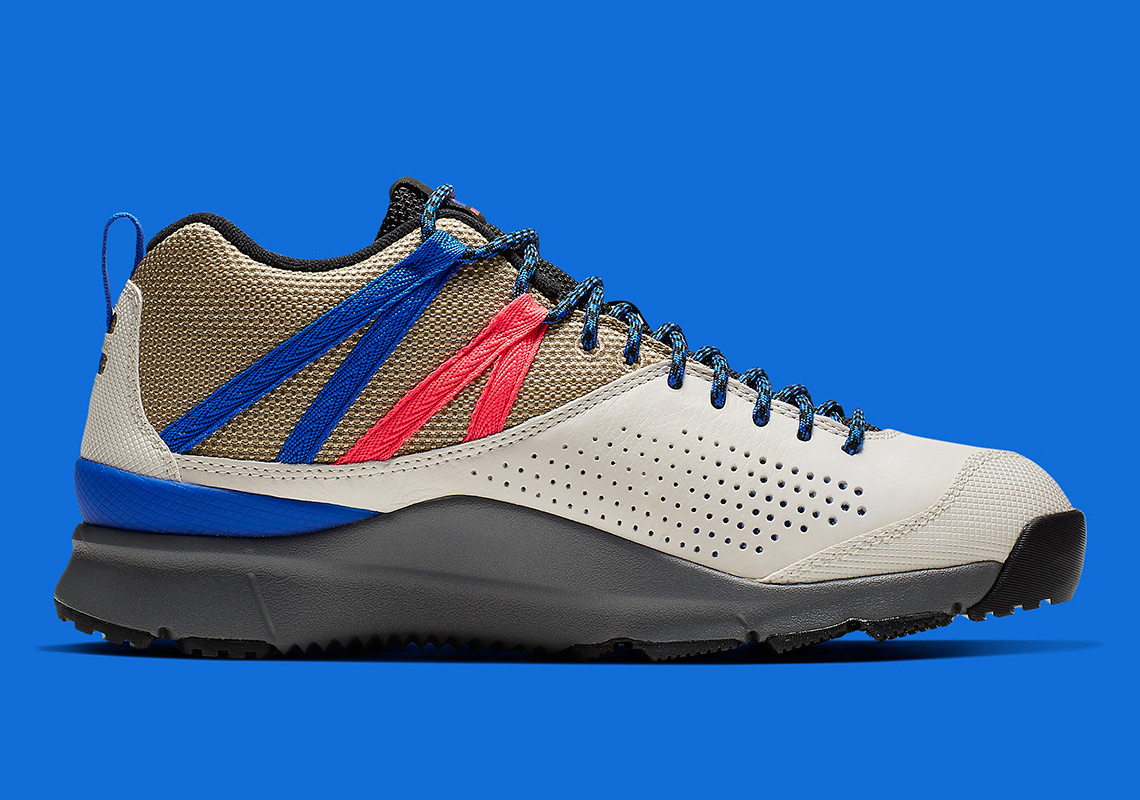 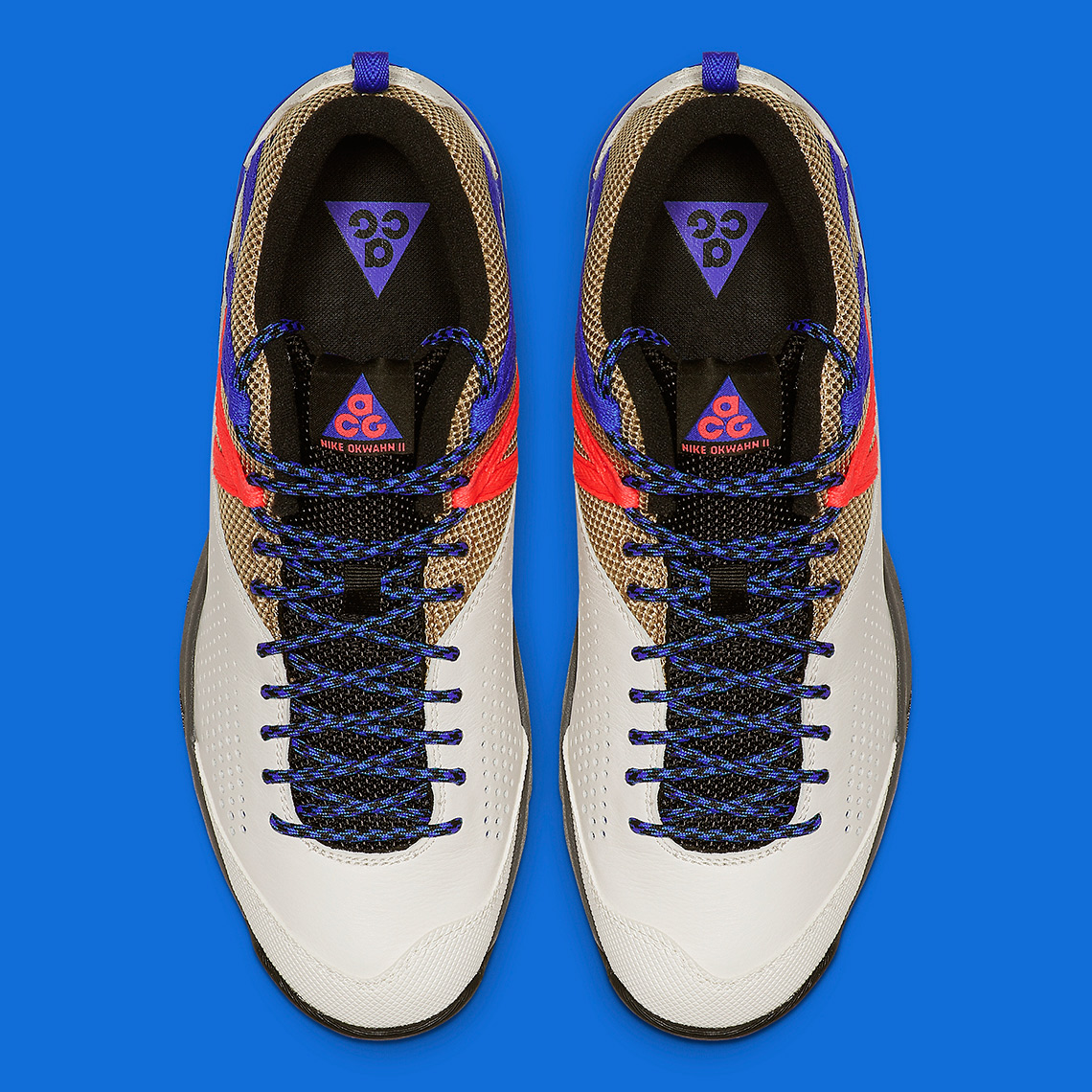 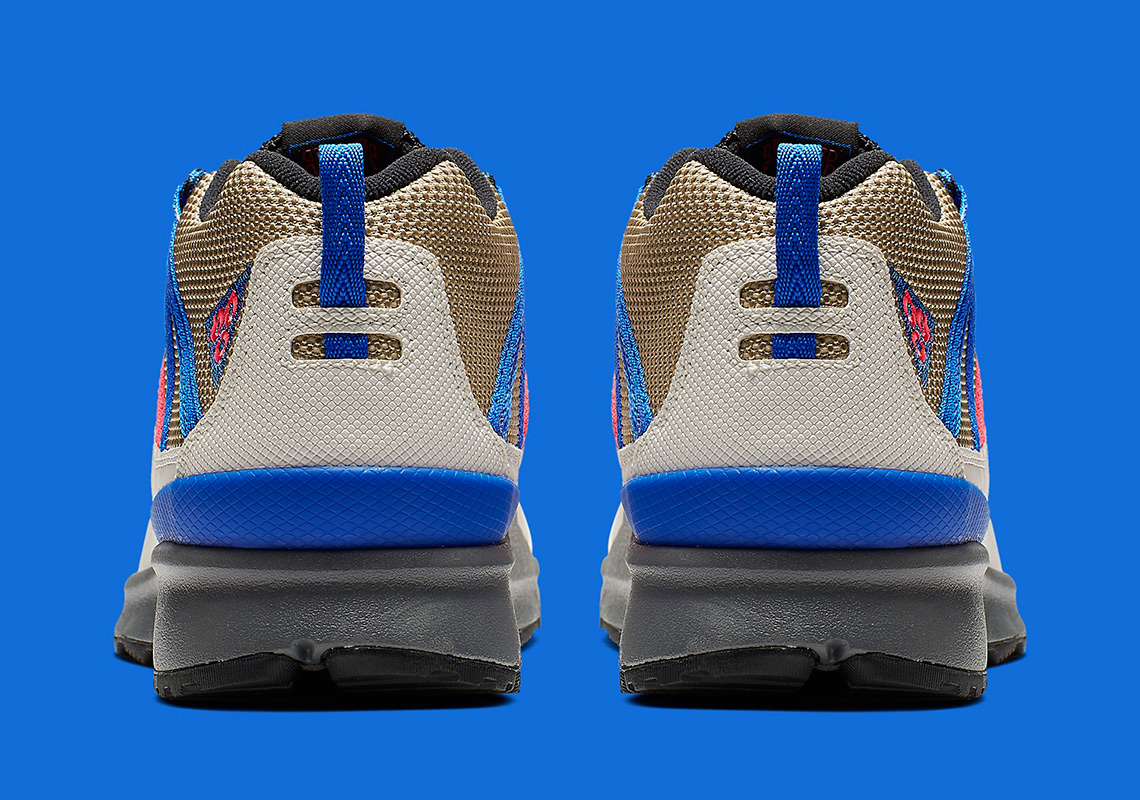 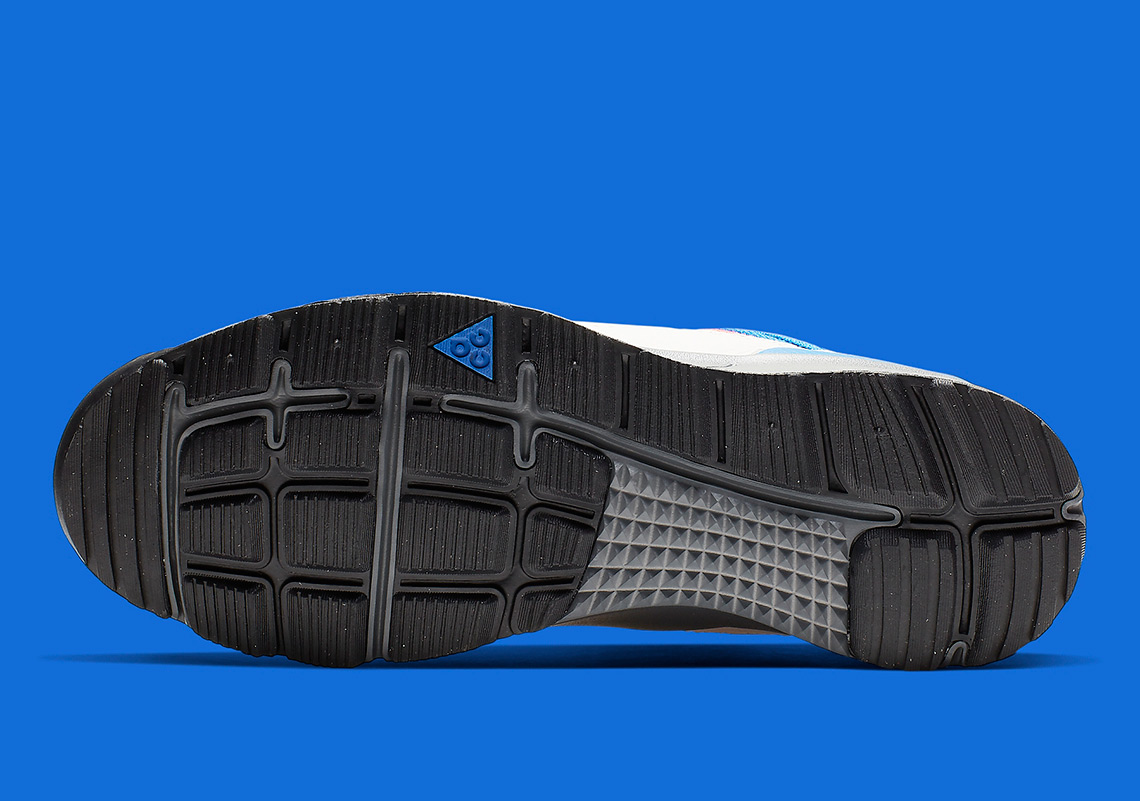