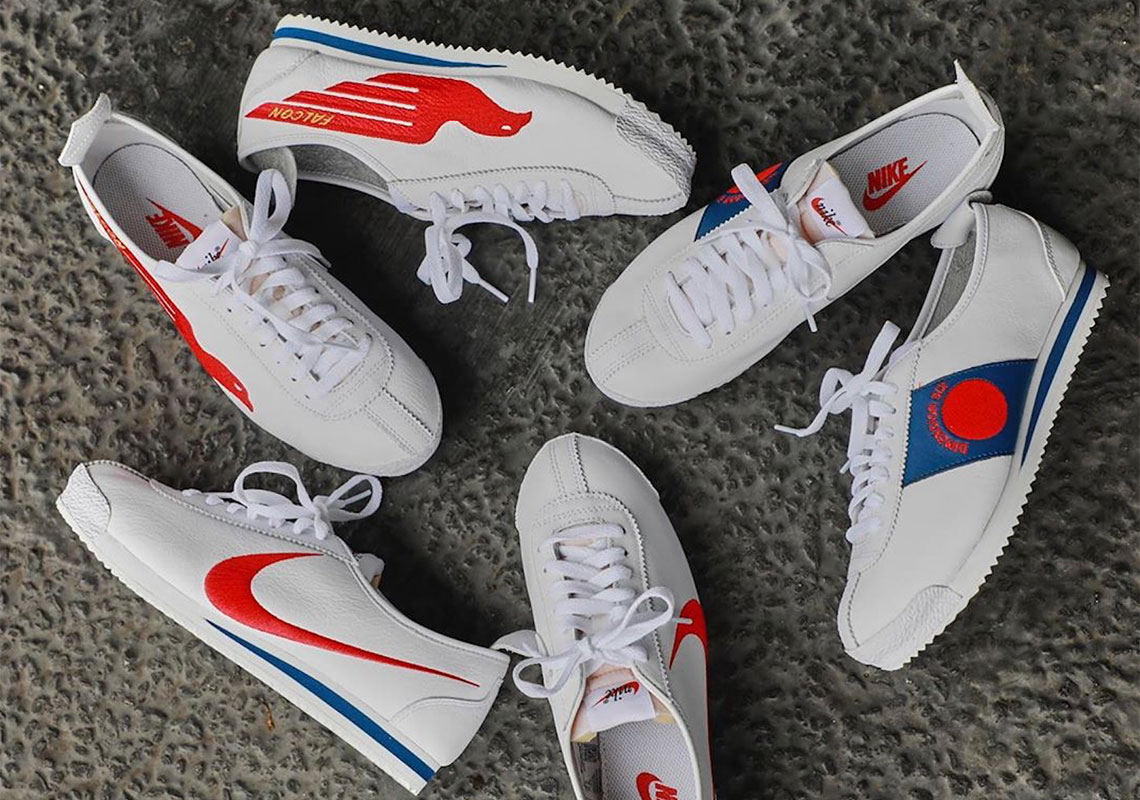 Nike co-founder/chairman emeritus Phil Knight‘s “Shoe Dog” memoir is a fascinating look into both Knight’s life and the early days of his company, so the Beaverton Brand is now paying homage to their genesis and the book itself with a three-pack of special takes on the Nike Cortez. One of the most interesting parts of Knight’s tale is how he and his early team settled on a name and logo, so this trifecta of kicks both acknowledges their obvious final choice and nods to two lesser-known brand names that didn’t make the cut: Dimension Six and Peregrine. Each shoe is dressed in a classic red, white, and blue color scheme that’s true to the original 1972 release — one of Nike’s first big hits — and each also features an ultra-slim cut, thin midsole, and premium leather upper.

The Nike-centric pair features designer Carolyn Davidson’s original slim swoosh on its side, while the Dimension Six makeup opts for a blue midfoot piece overlaid with a red circle and text logo. The Falcon pair then uses a swift red falcon graphic with gold text on its top wing. You also may notice that each pair features a toe cap, toebox overlay, and heel pull tab, embellishments that are not present on modern-day Cortez releases. This is because the original ’72 Cortez in fact drew inspiration from Onitsuka Tiger and their Corsair, a shoe that Knight and Bill Bowerman helped create and were still distributing for the Japanese brand under their “Blue Ribbon Sports” label during the early days of Nike. An important and interesting piece of brand history come to life, these special Nike shoes will release on July 24th at retailers like atmos for $120 USD. Check out all three pairs below/a store list below, and get ready for your chance at owning a piece of Swoosh Brand history. 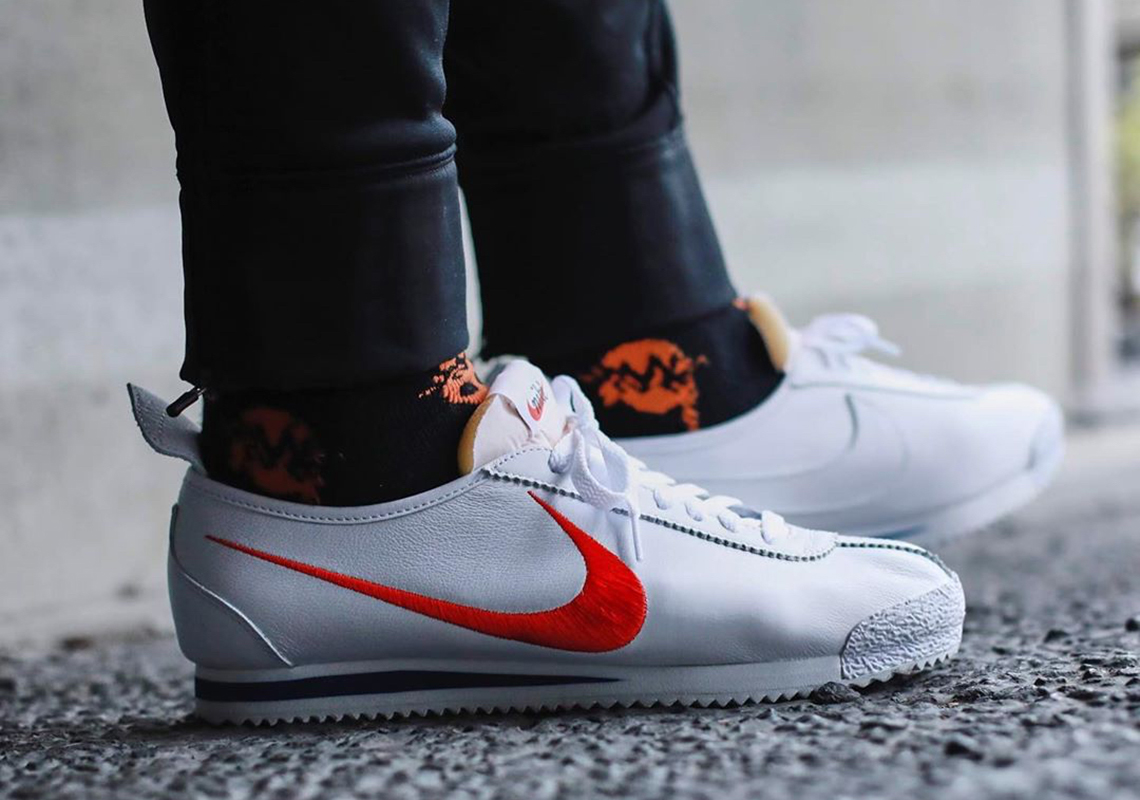 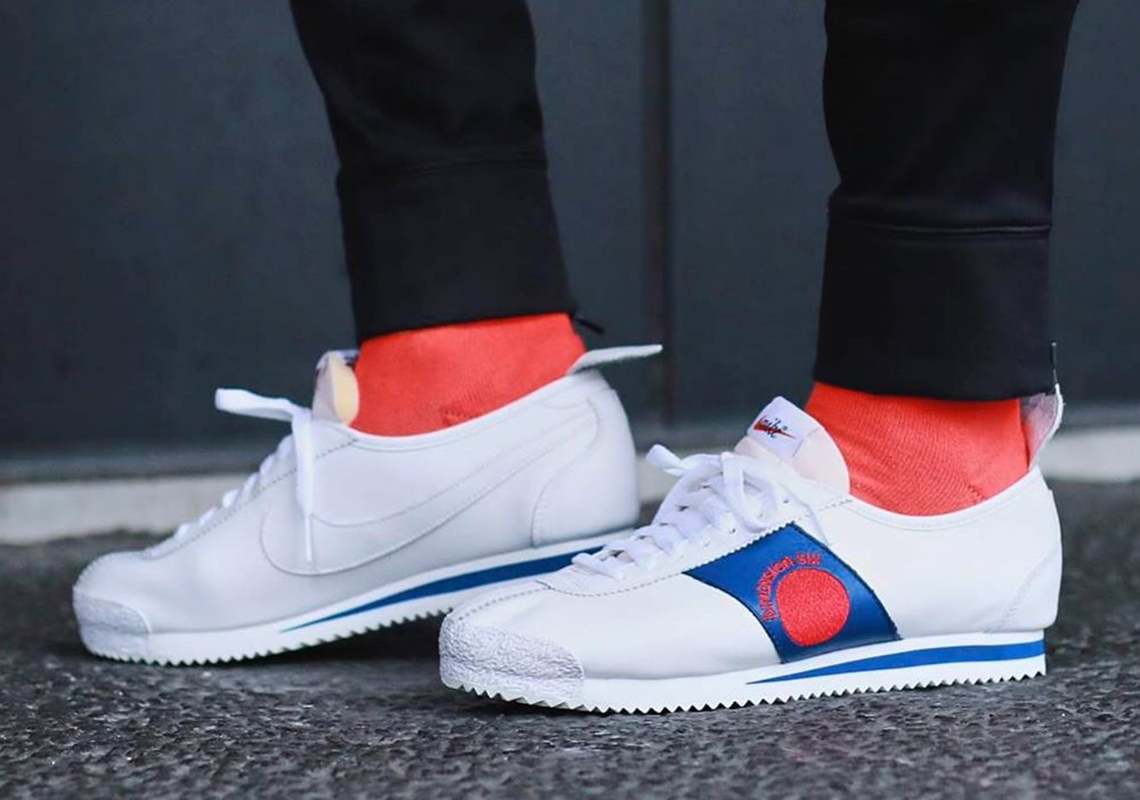 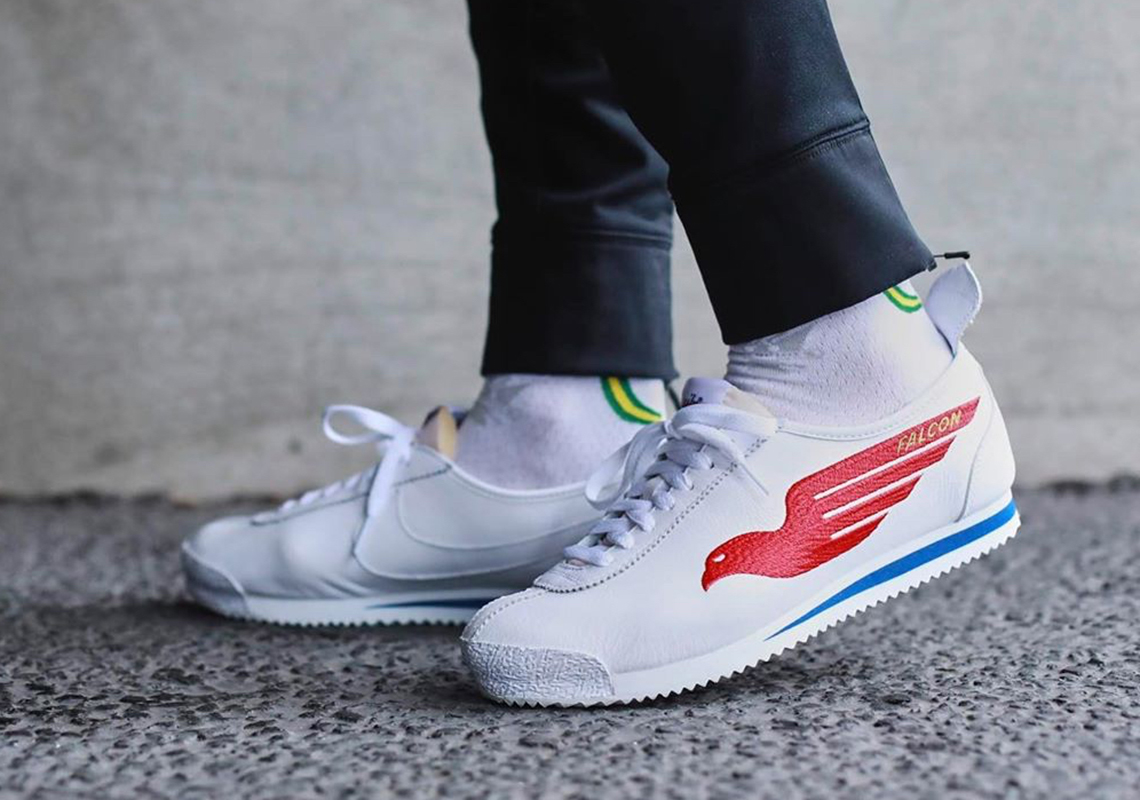 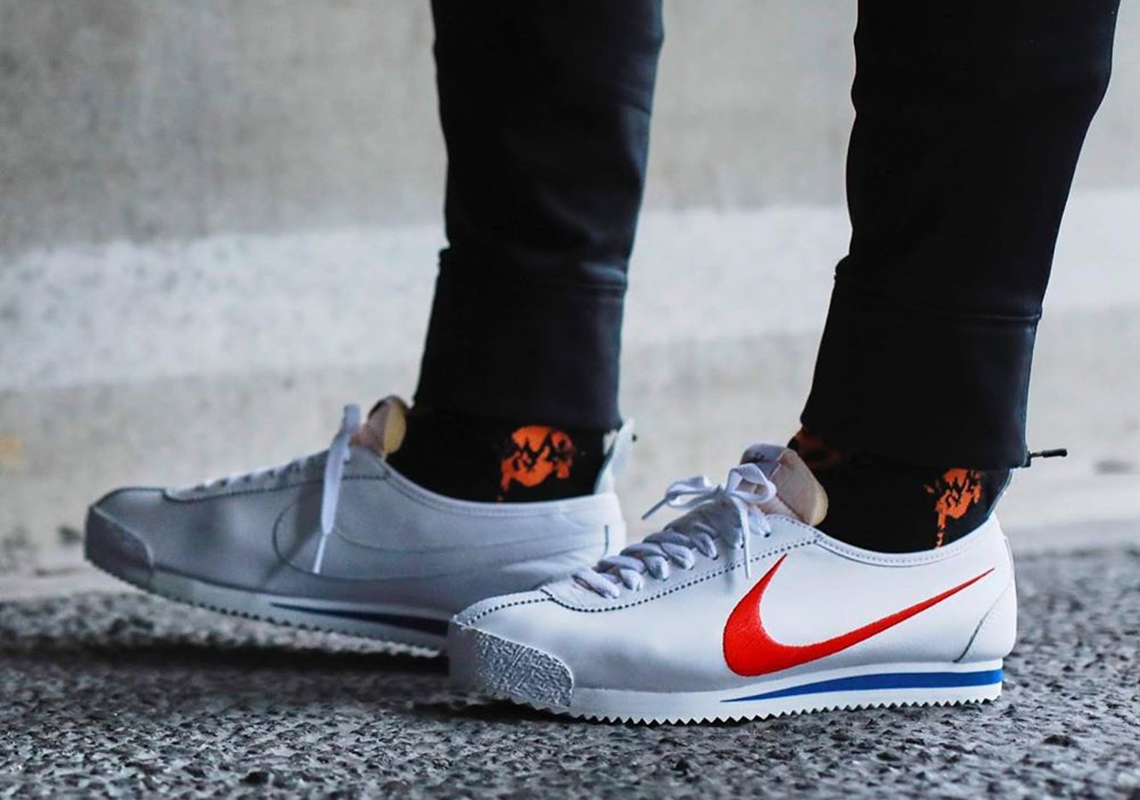 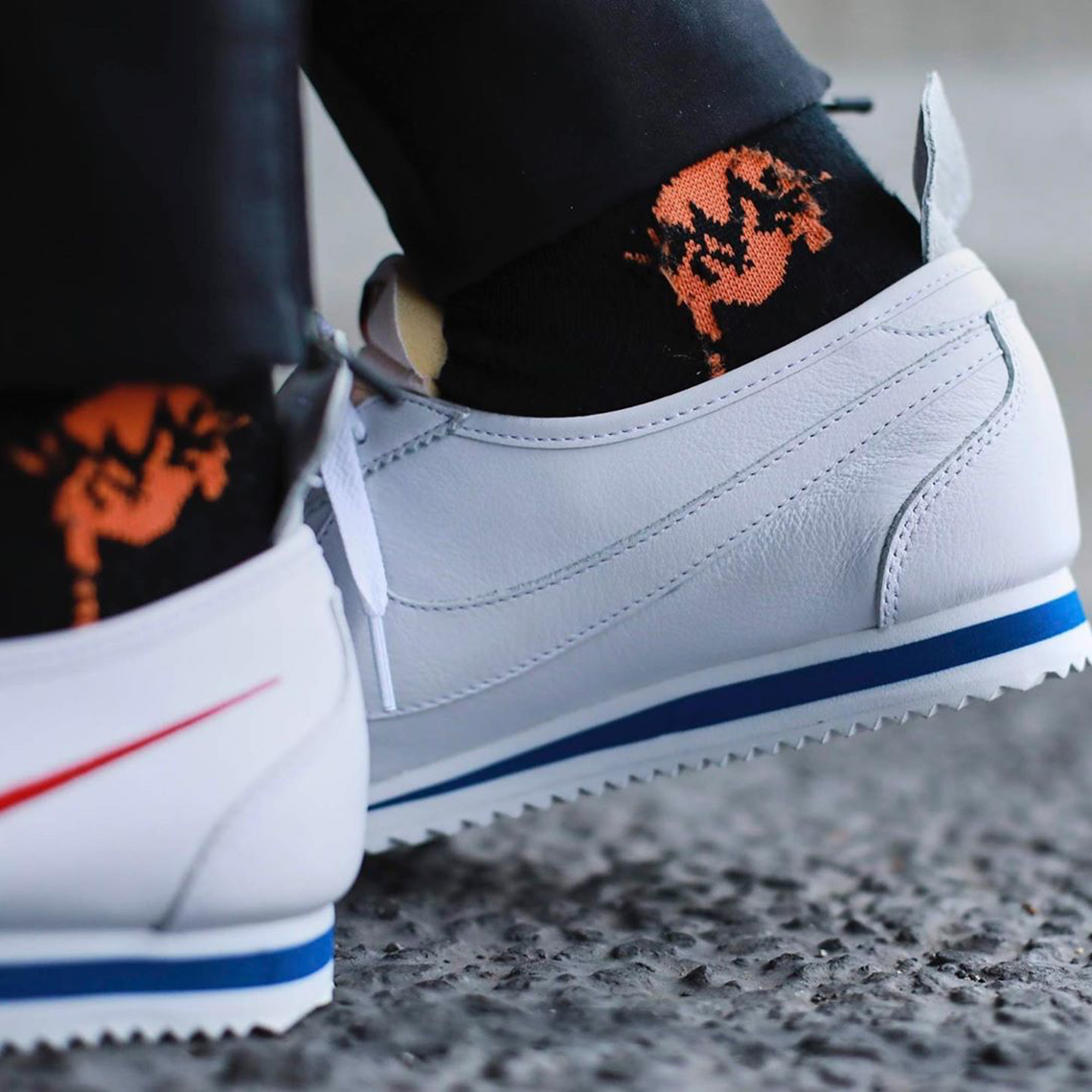 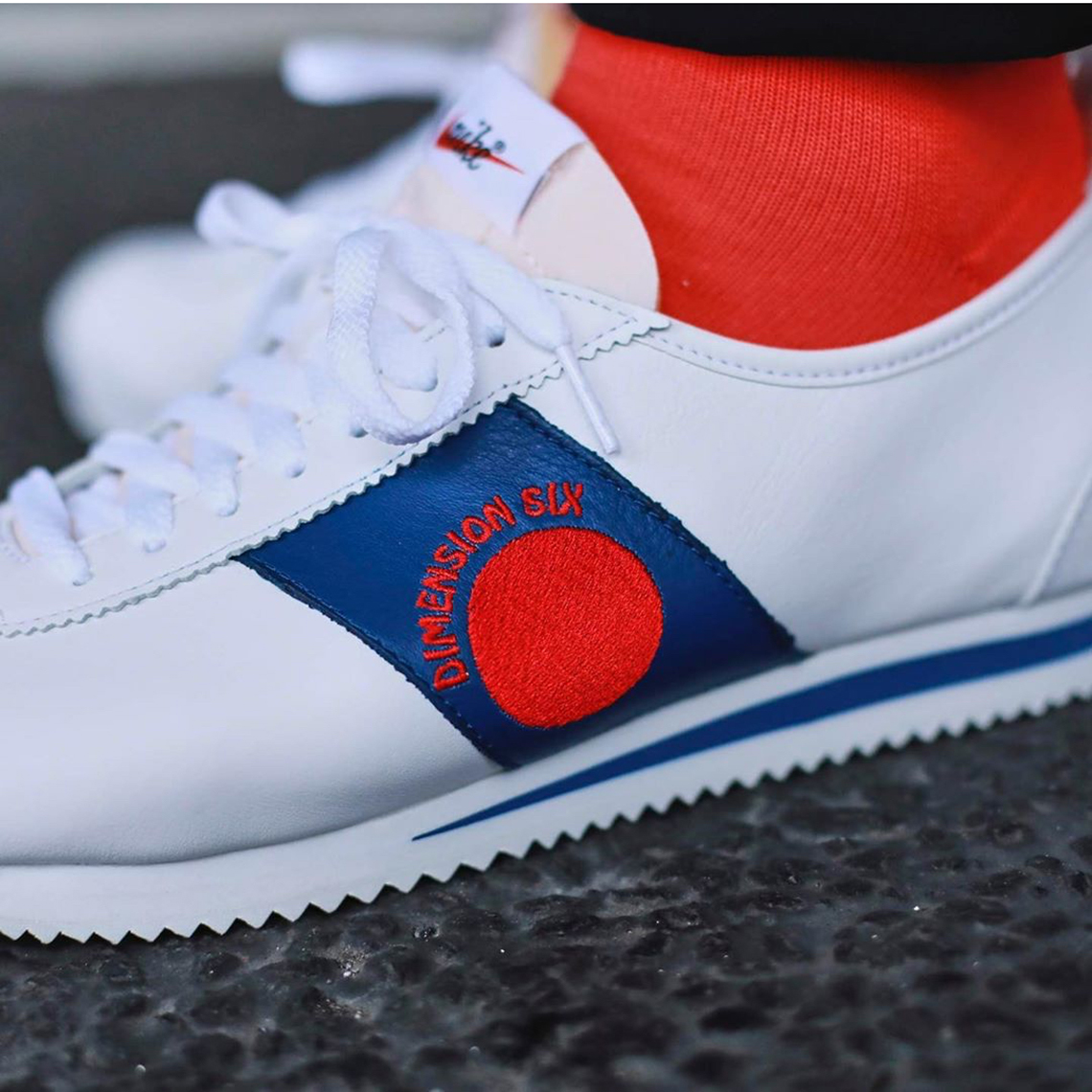 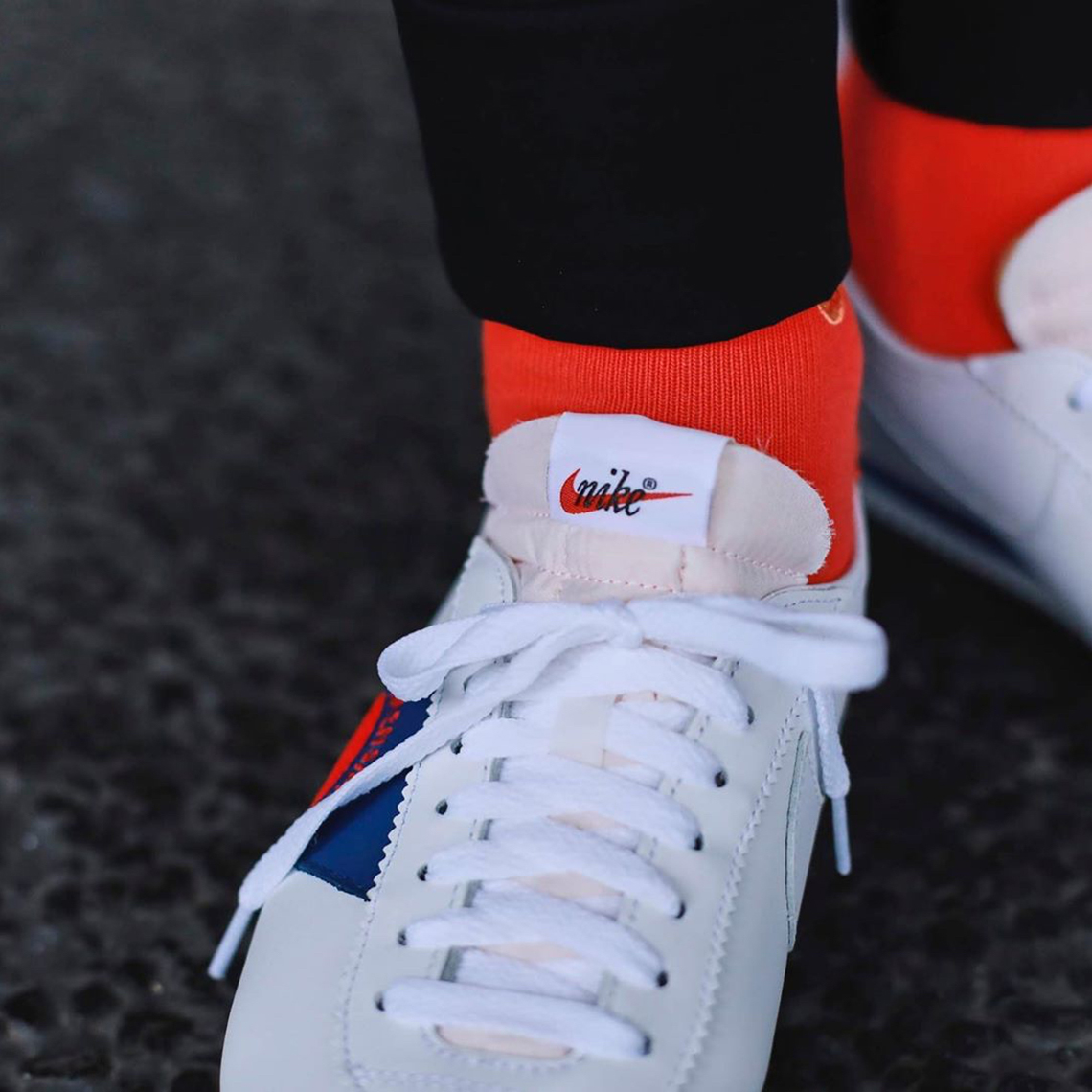 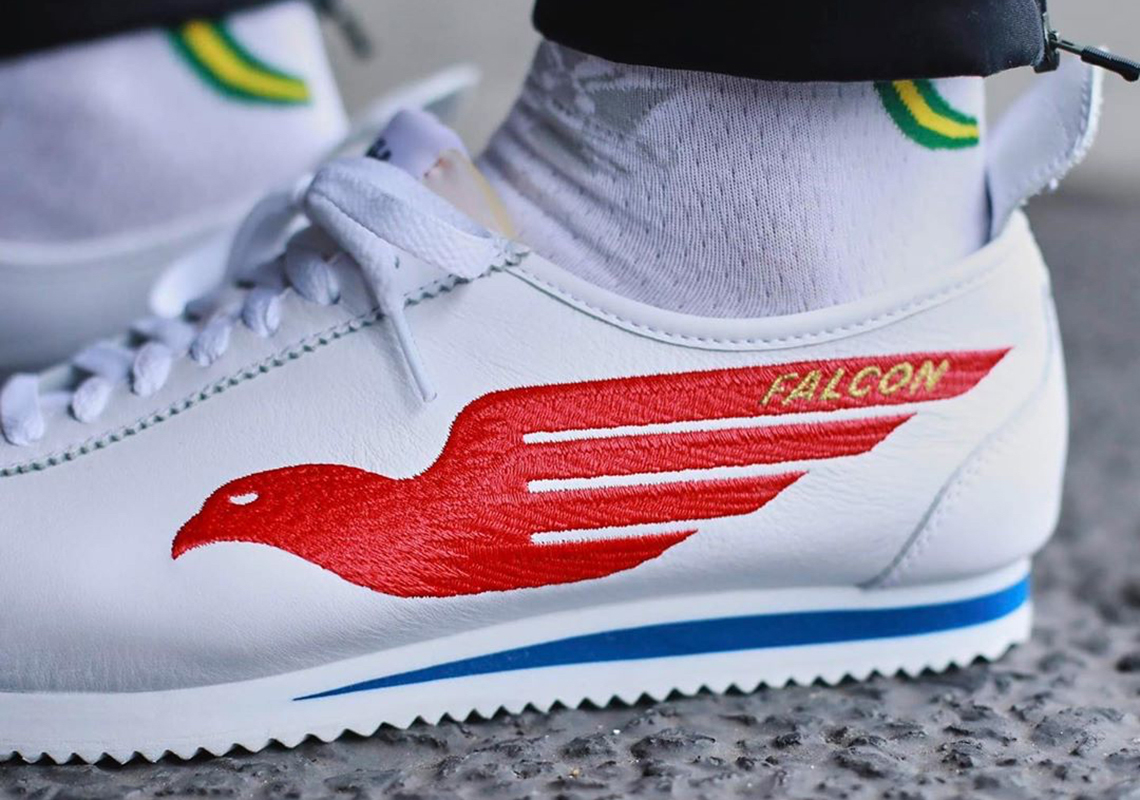 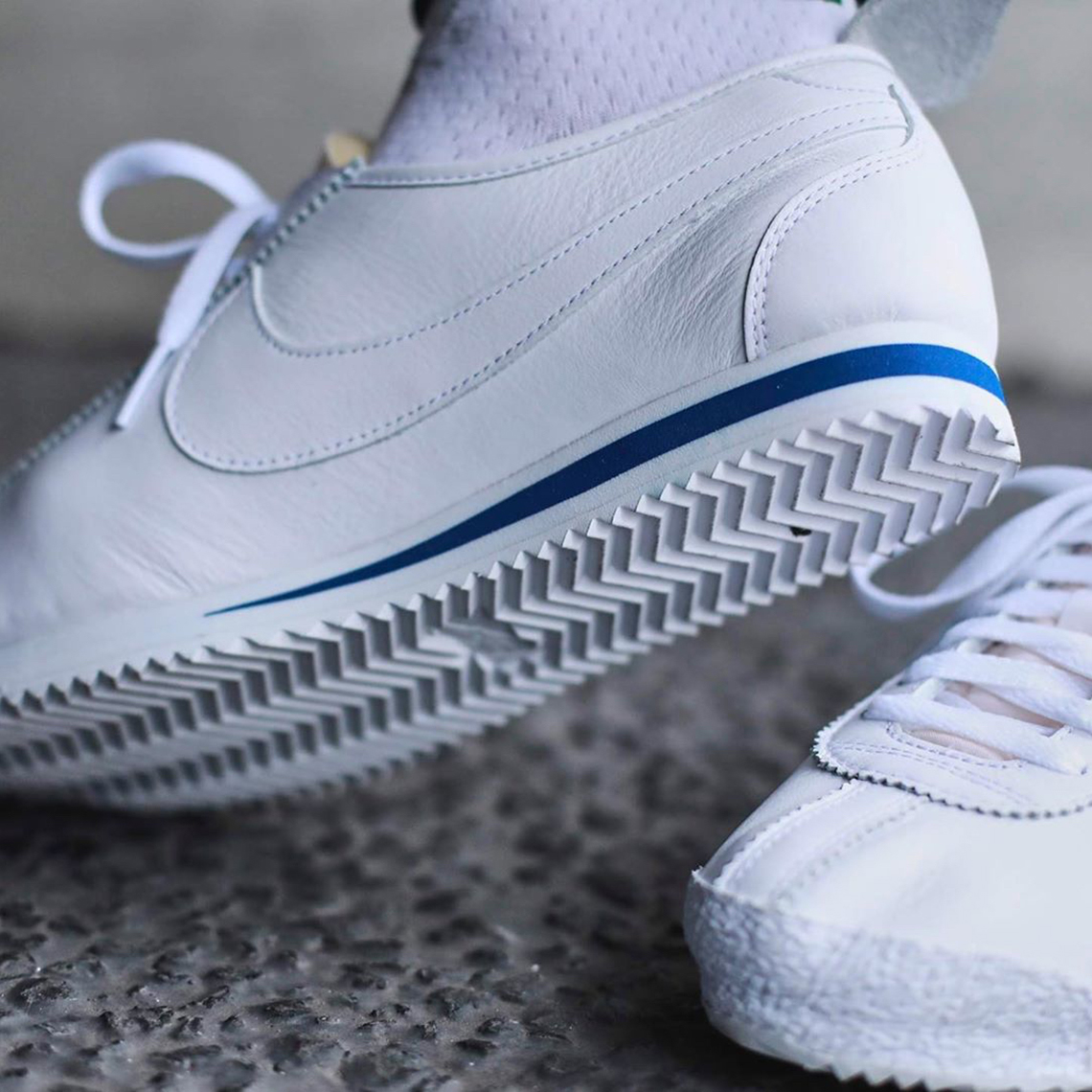