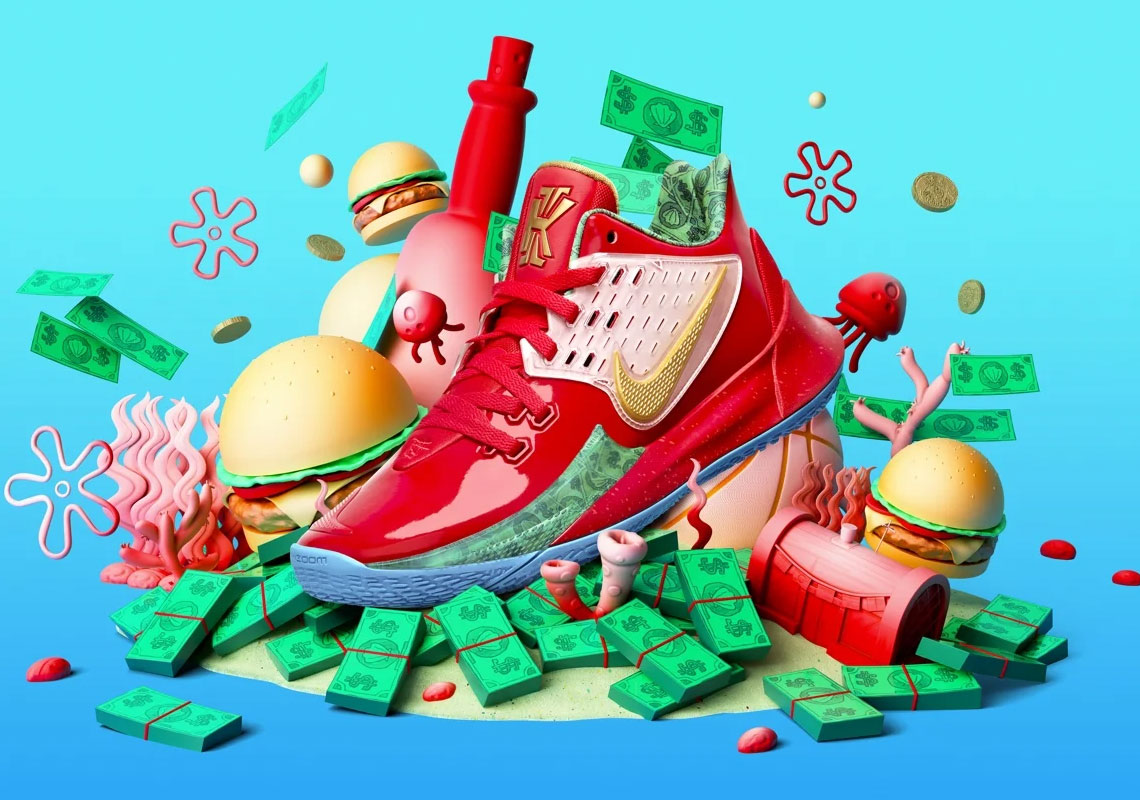 The owner to the Krusty Krab and money hungry capitalist of the Bikini Bottom, Mr. Krabs, finds second home atop the Nike Kyrie Low 2 in its latest series of playful Spongebob Squarepants collaborations. Much like many of the other imaginative sets, the pair evokes the character’s likeness in spades with its constructions dressed in a bright red much like his crustacean shell. Green accents across the midsole and lining call to his love for the green bills he so vehemently smothers himself in with scattered golds and light blues representing his belt buckle and business casual attire, respectively. Though Plankton has no model of his own, he also finds place splattered across the medial, reaching for the Krabby Patty formula that lies in secret on the inside of the tongue. Grab a detailed look at the pair right here and expect to see them arriving on August 10th at Nike.com. 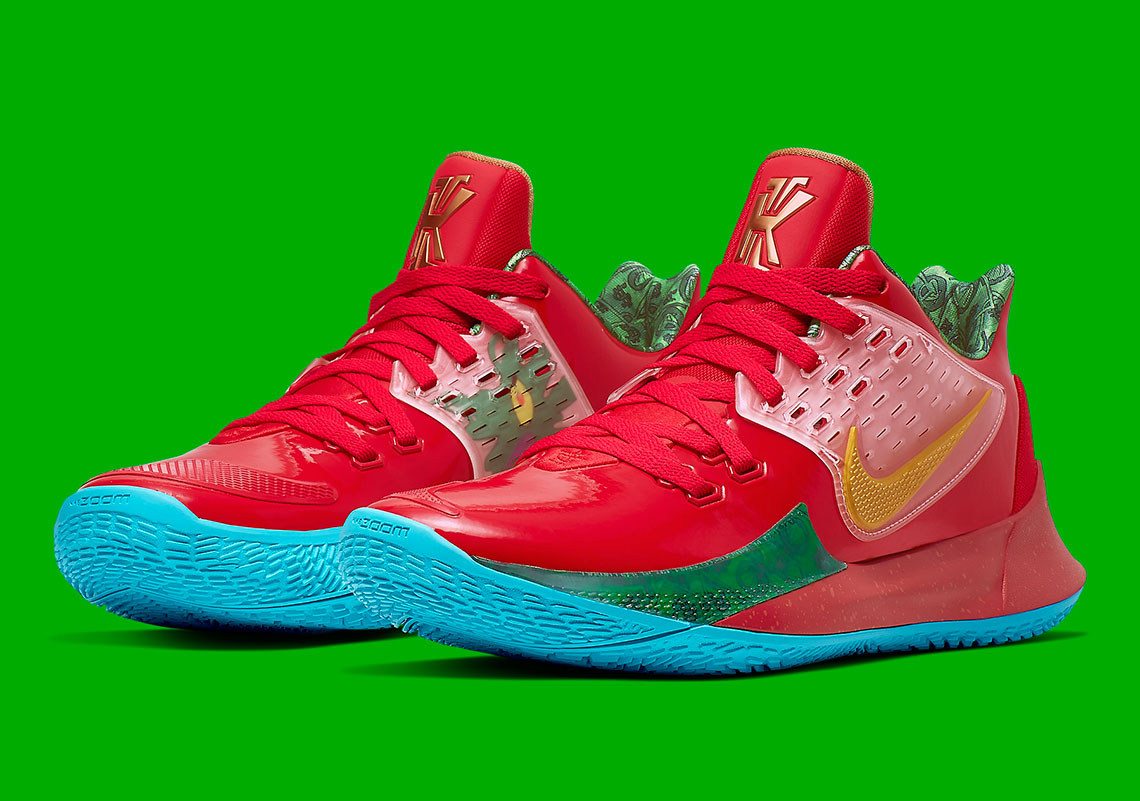 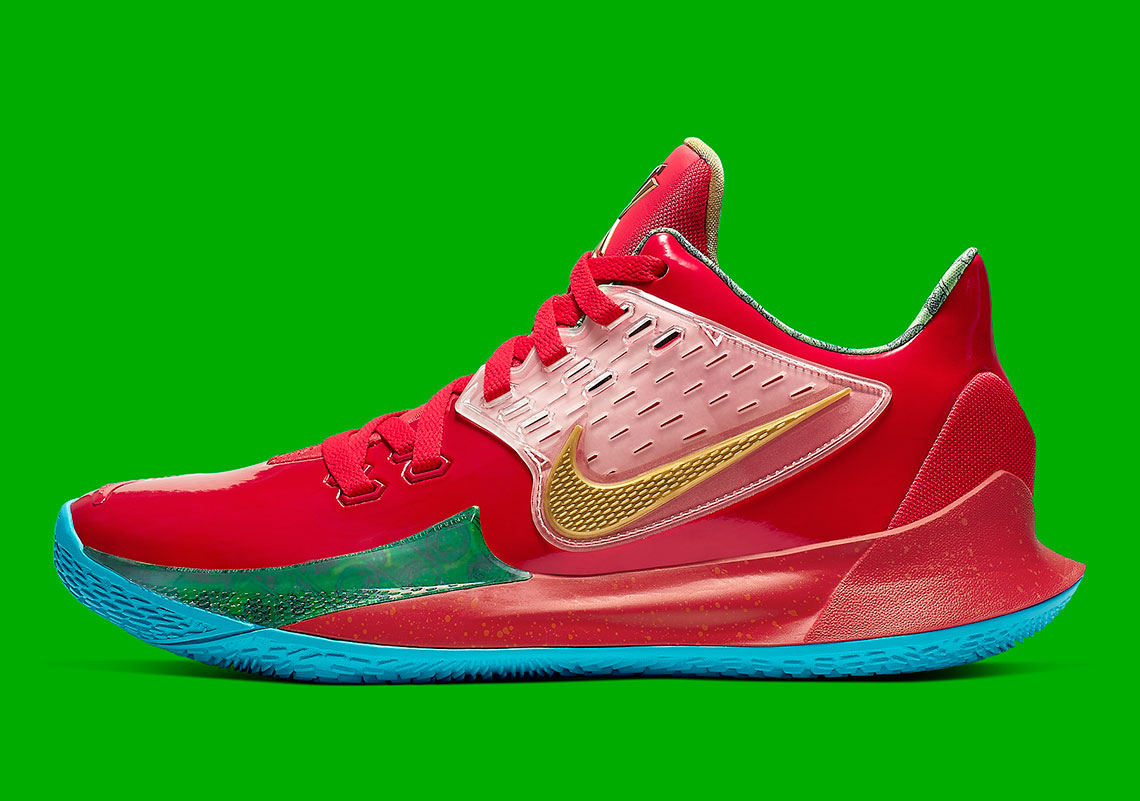 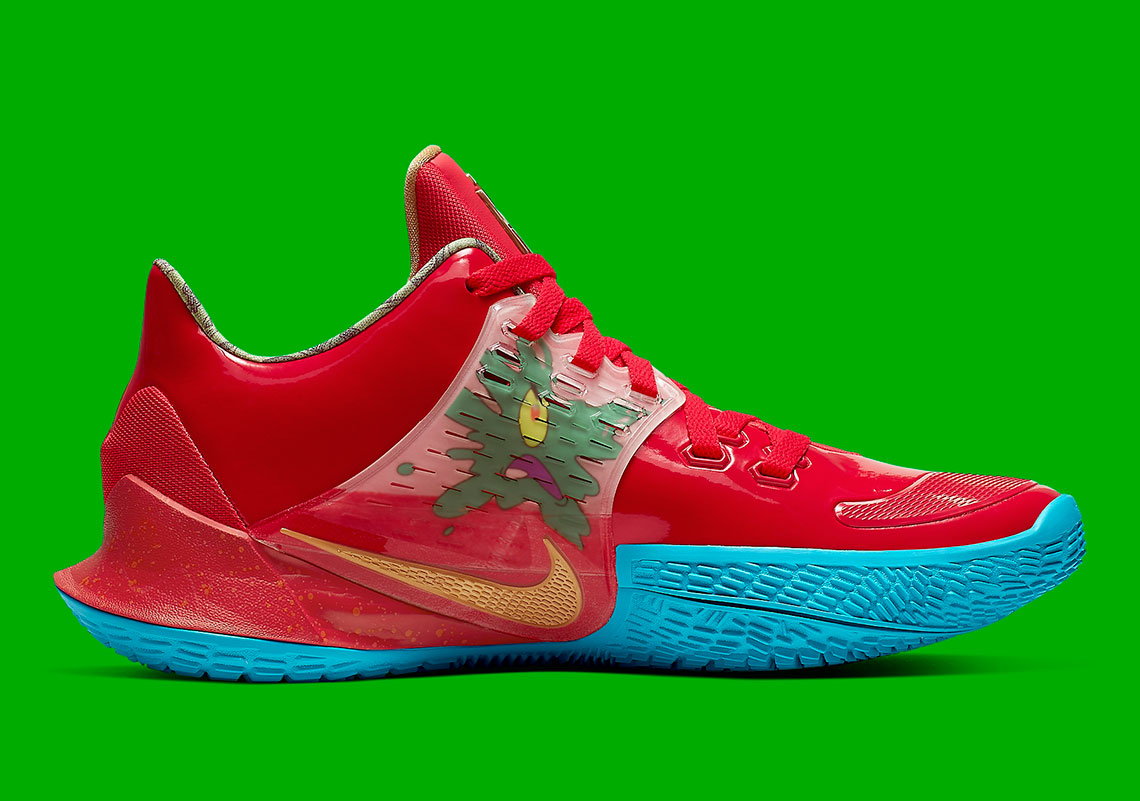 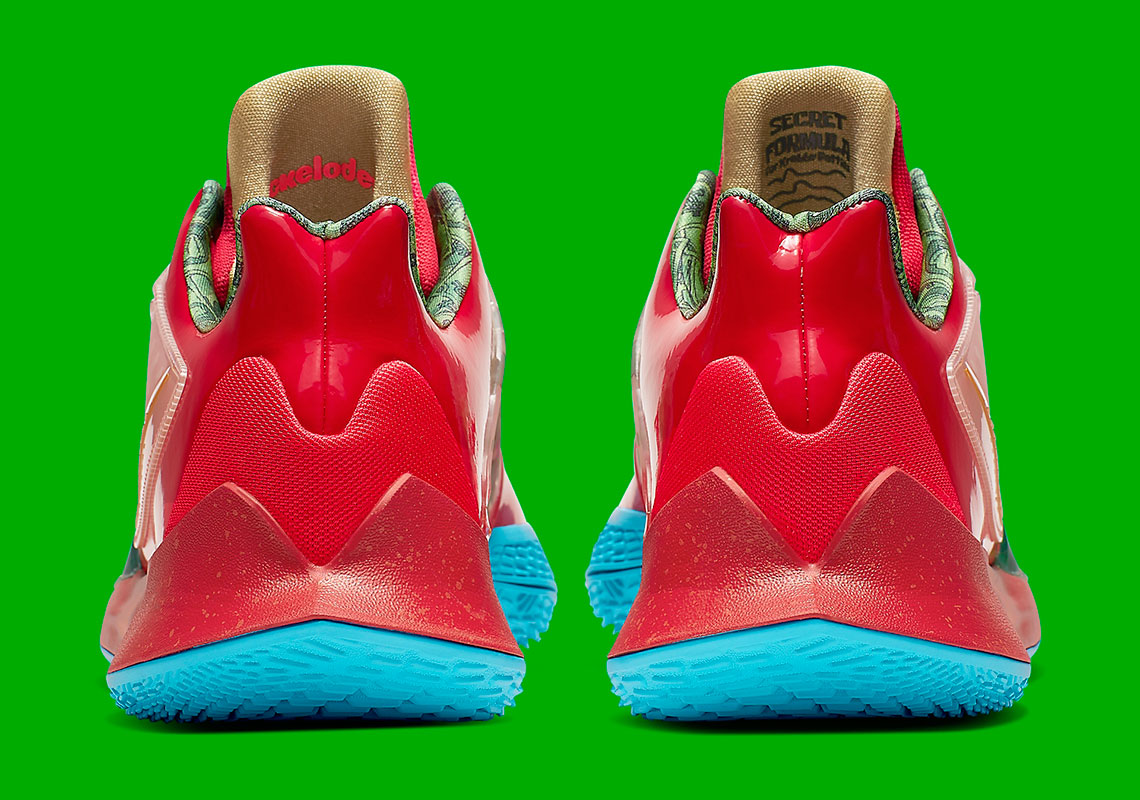 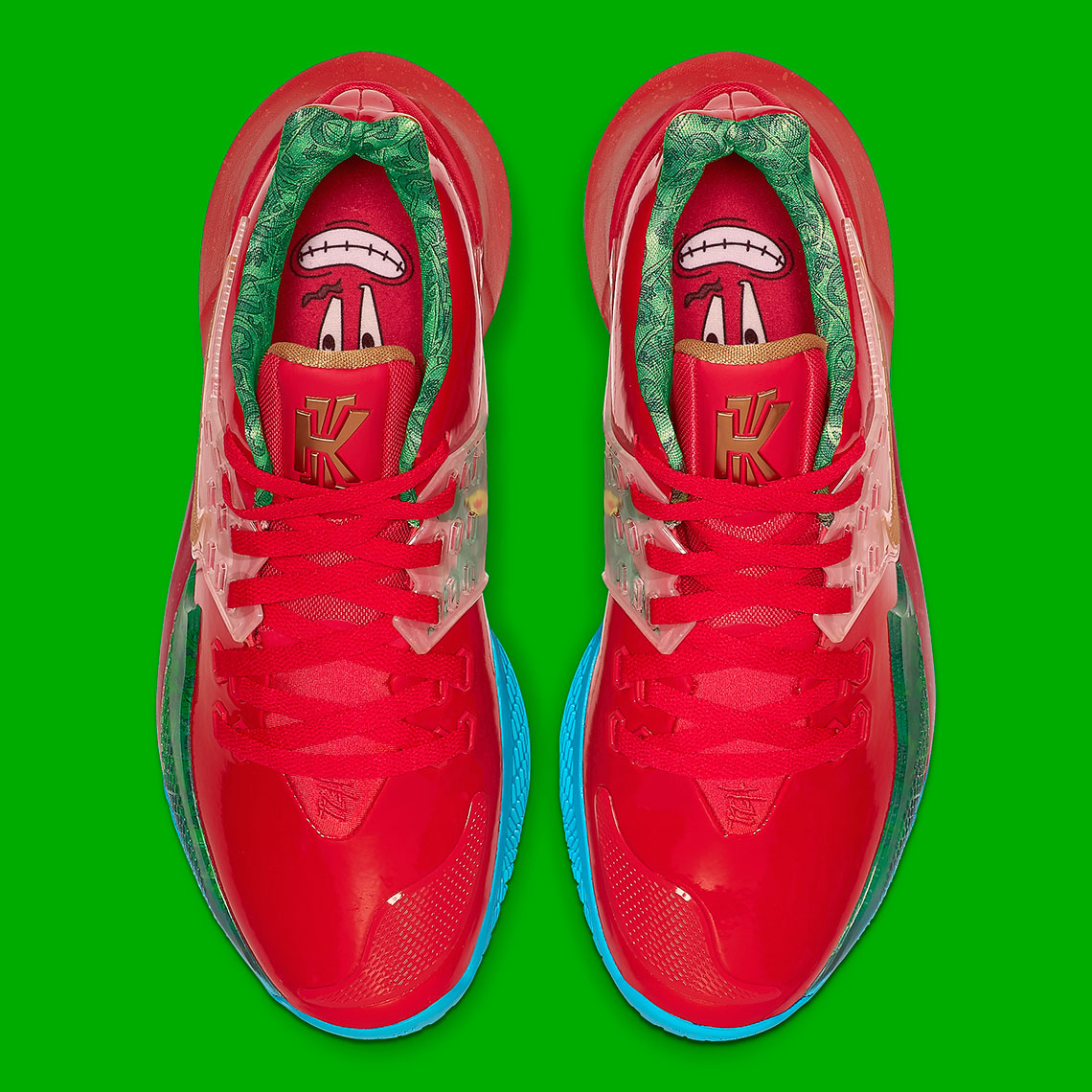 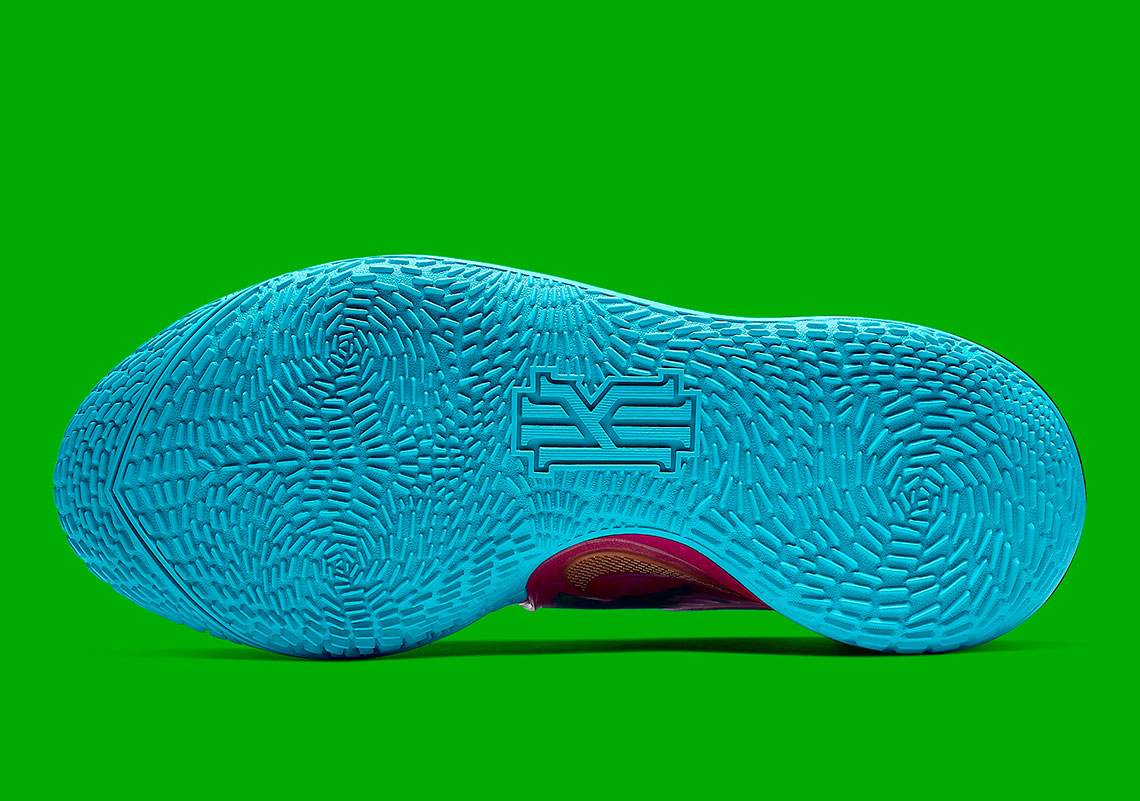