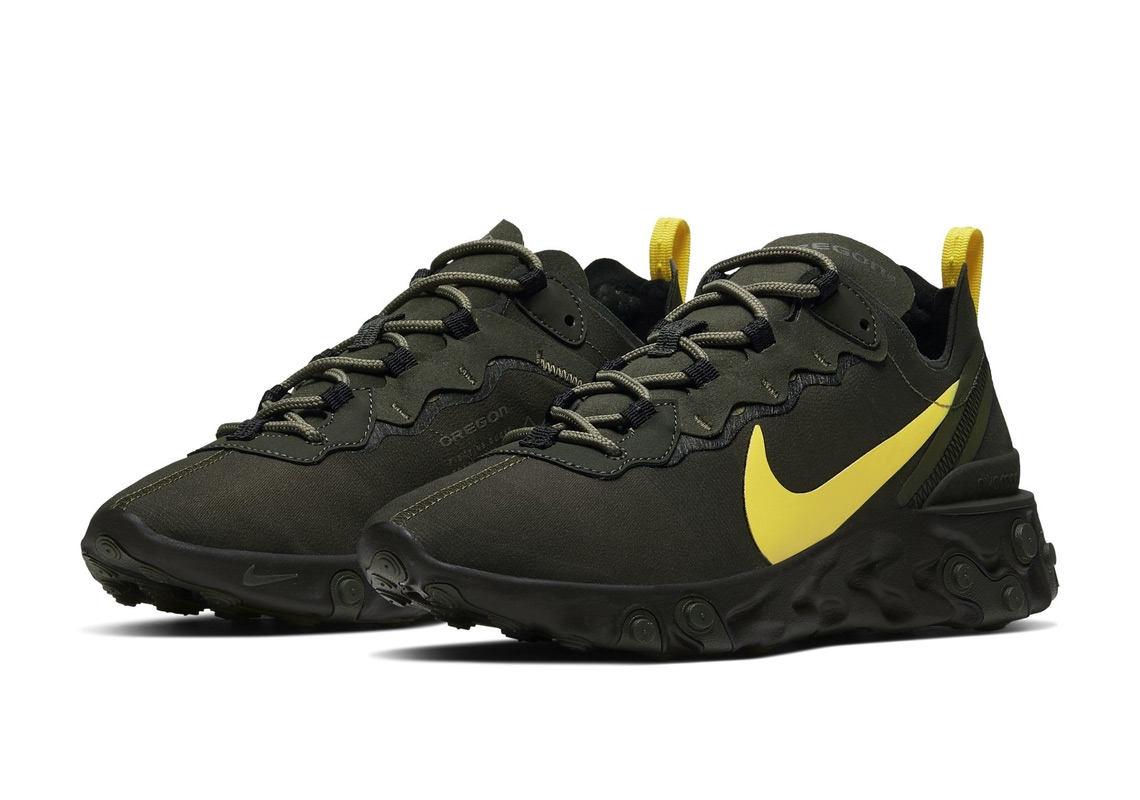 The Oregon Ducks Get Their Own Nike React Element 55

The recent news of a Nike NCAA collection centered around the popular React Element 55 garnered a great deal of excitement from fans of collegiate athletics around the country, and after a look at an Alabama Crimson Tide pair, images of a colorway created for the Swoosh Brand’s home state Oregon Ducks have surfaced. Nike is no stranger to playing with the Ducks’ green, yellow, and black color palette, and here they’ve opted to push it in a more military-themed direction, using an ultra-dark olive green as the base color while black provides trim and completely covers the cored-out React midsole. The most noticeable of these details are unquestionably the branded hits, provided by Oregon text logos on the asymmetrical tongue and medial midfoot, the latter of which states “Oregon Fighting Ducks, Team Issue, Base Eugene OR.” However, they’re certainly not lacking for U of O’s signature flair either, as a bold yellow hits both the large midfoot Swoosh, heel tabs and the insole’s O graphic. We’ll likely see many more of these school-specific makeups as football season draws ever closer, so feast your eyes on images below and stay tuned for release info as it’s available. 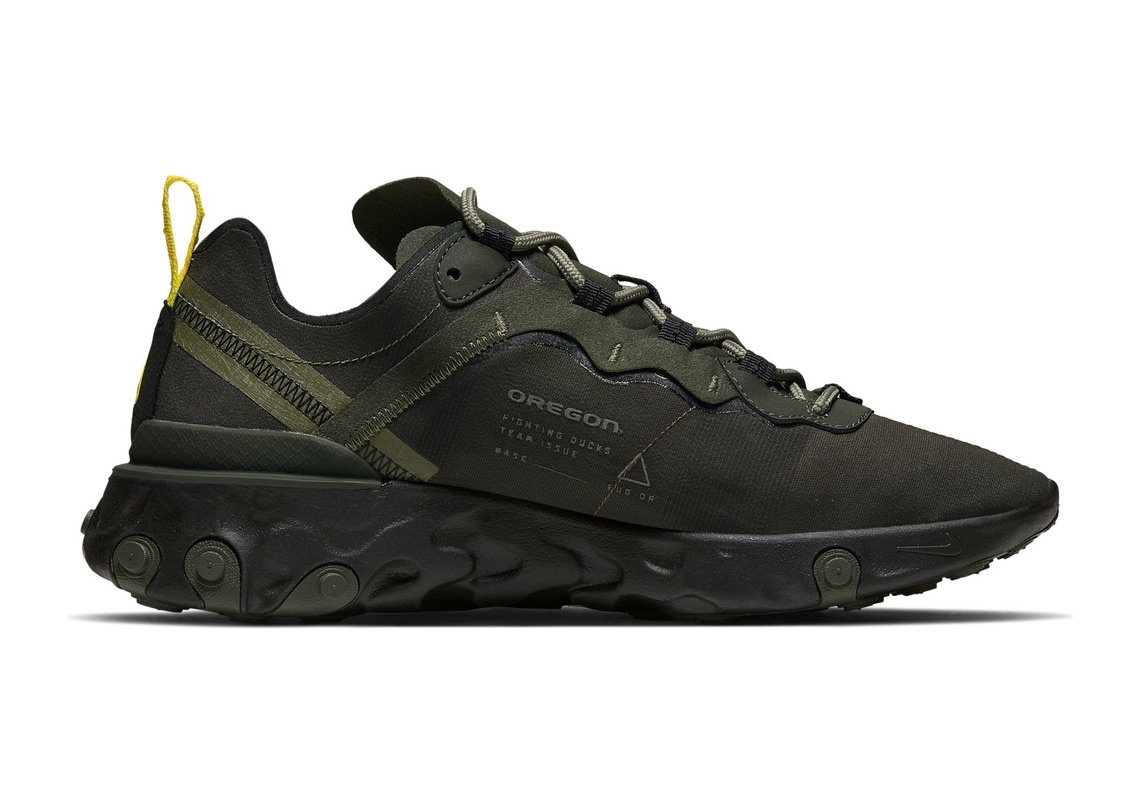 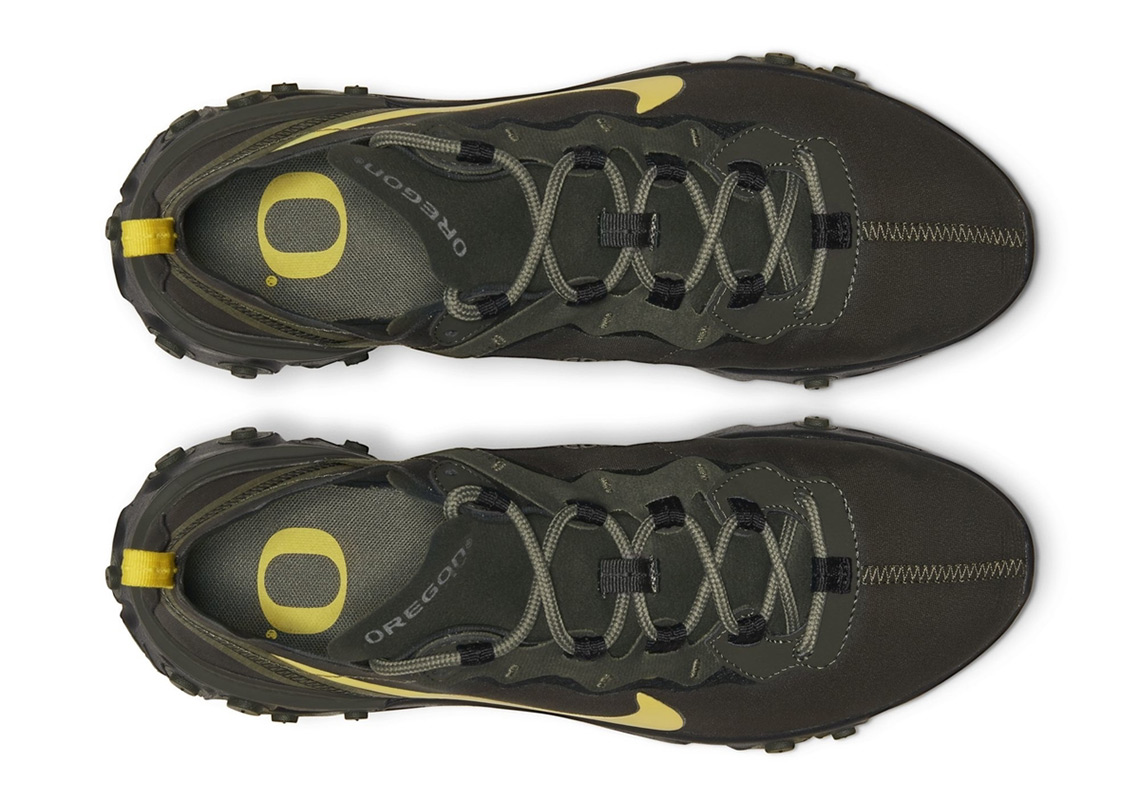 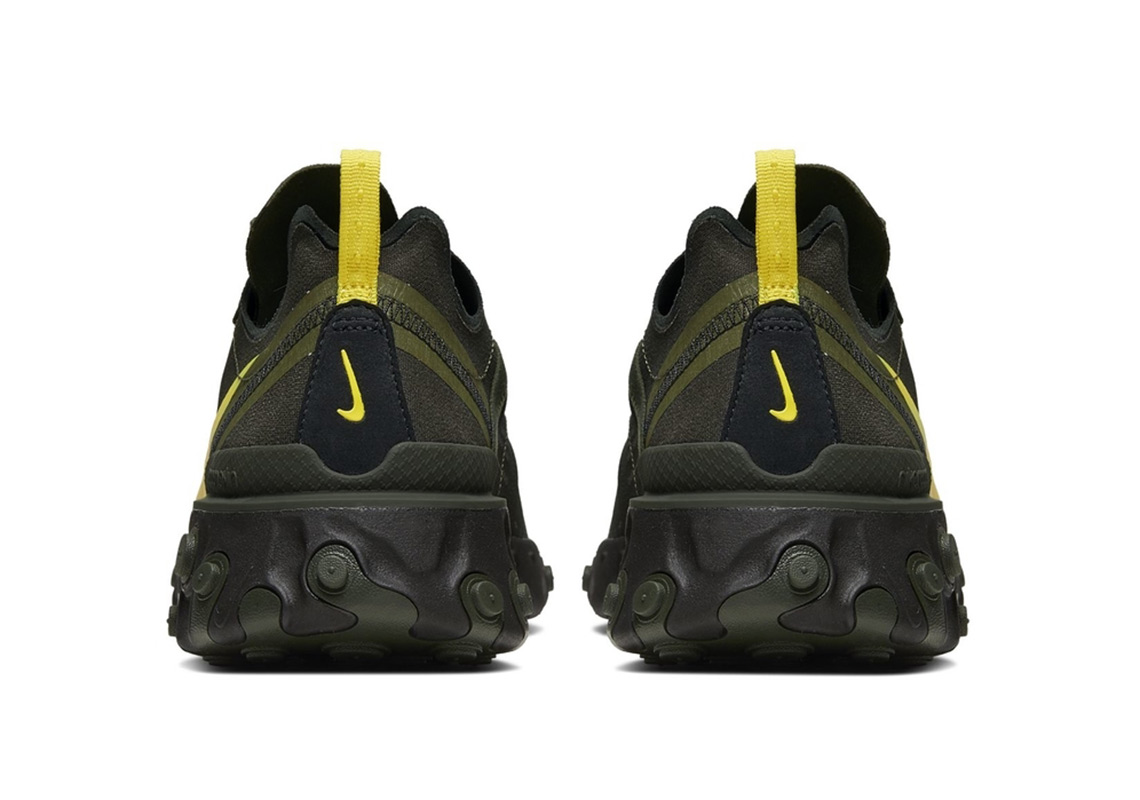 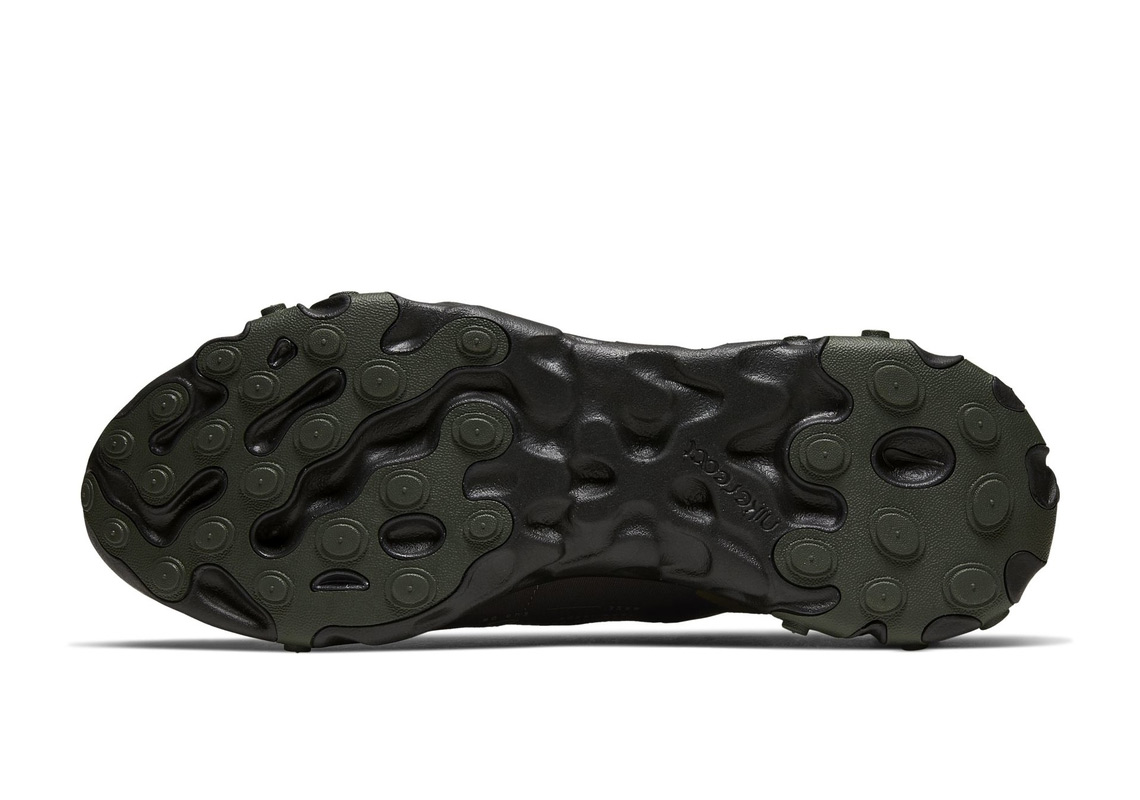