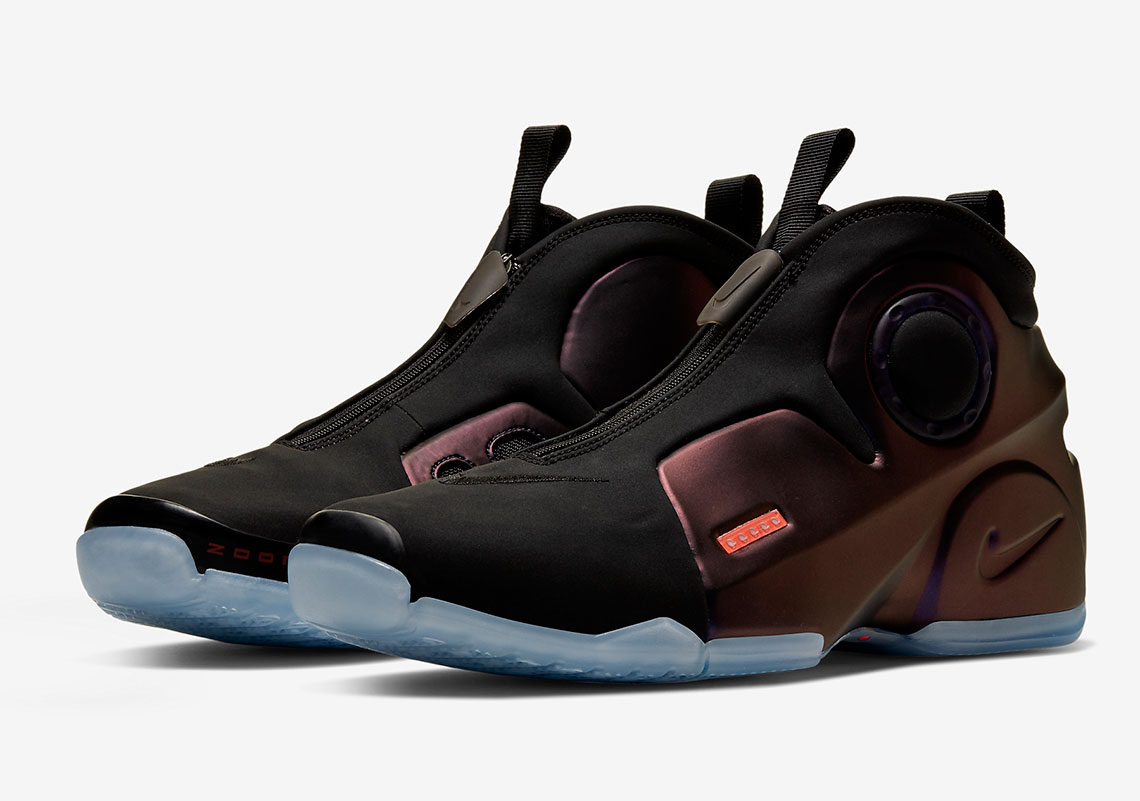 One of the many surprise re-issues that Nike dropped on our laps is the Air Flightposite 2 – a retro truly without any notice. Born out of Nike’s inventive Alpha Project design team of the late 1990s and early 2000s, this Foamposite-based basketball model made use of an exterior zipper-enclosed shroud that covered an interior chassis. Worn by several Nike athletes of the time such as Kevin Garnett, the futuristic model was one of several key silhouettes that ushered in one of the more avant-garde eras in Nike footwear history. Dropping in the OG “Olympics” colorway earlier this season, the Flightposite 2 has emerged once more in a new “Dark Purple Dust” iteration that utilizes an icy translucent sole and hits of crimson around the exterior. Get these now directly from Nike for $200. 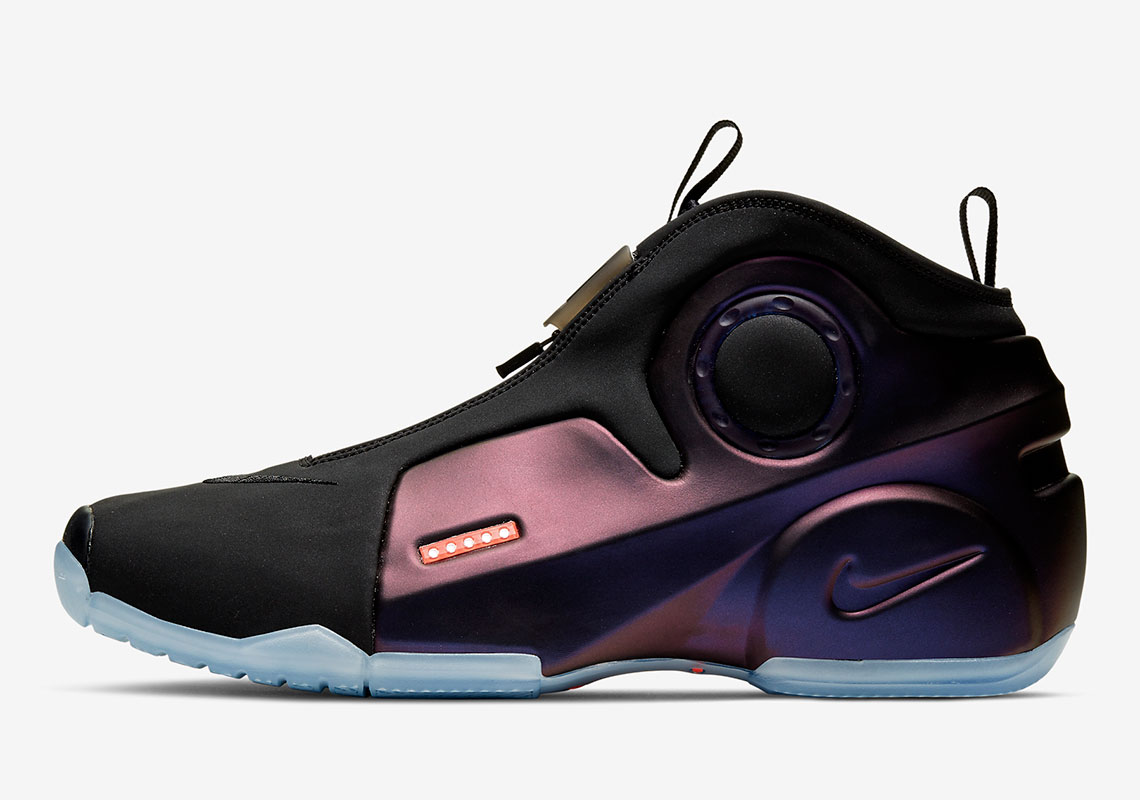 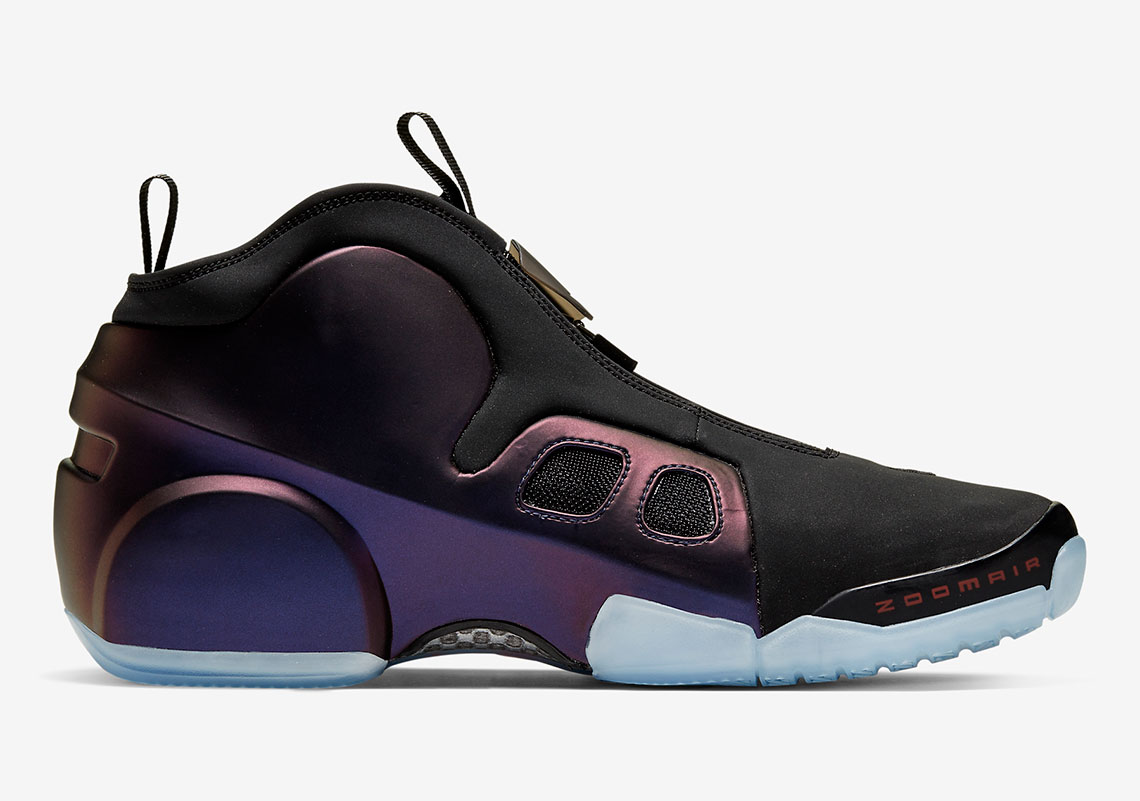 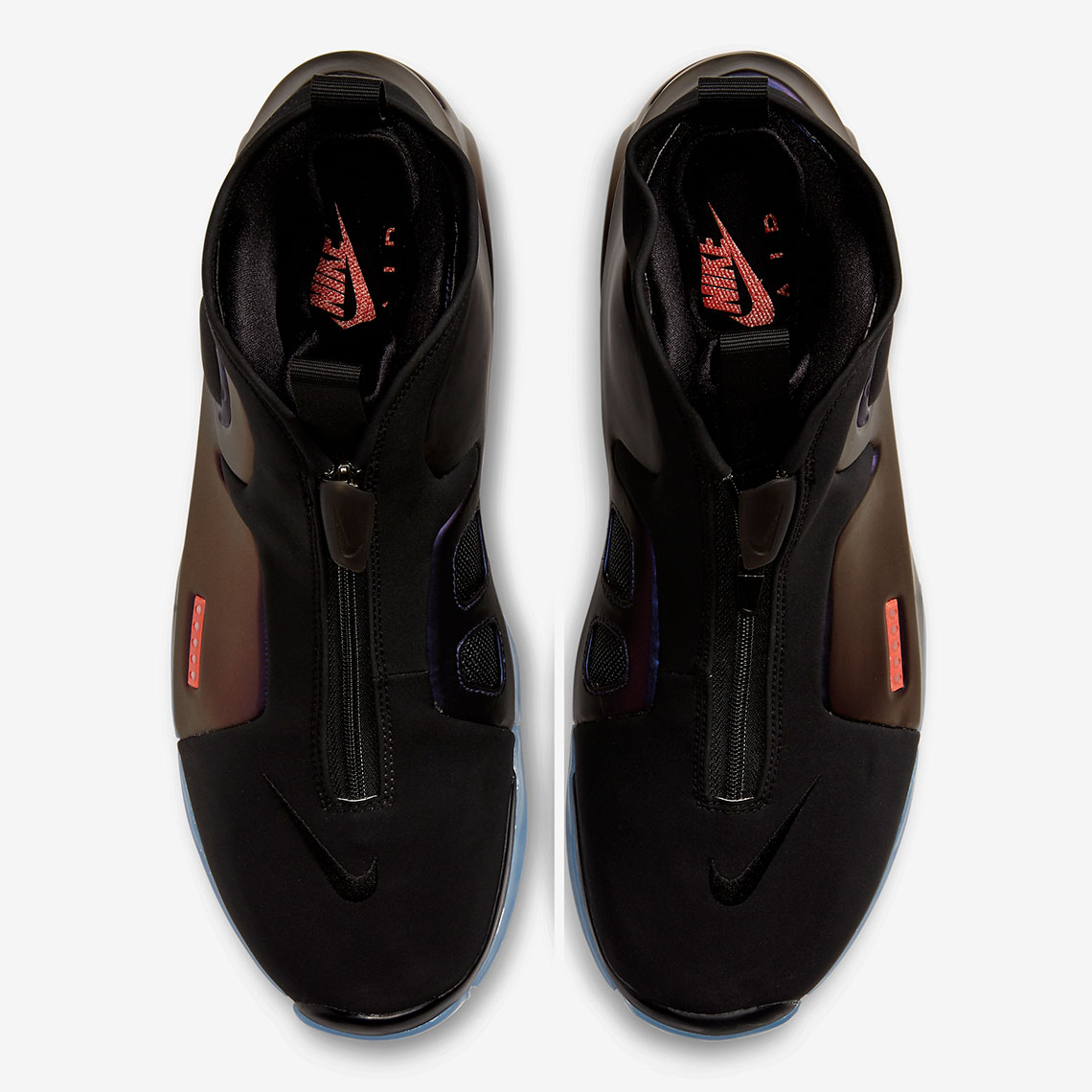 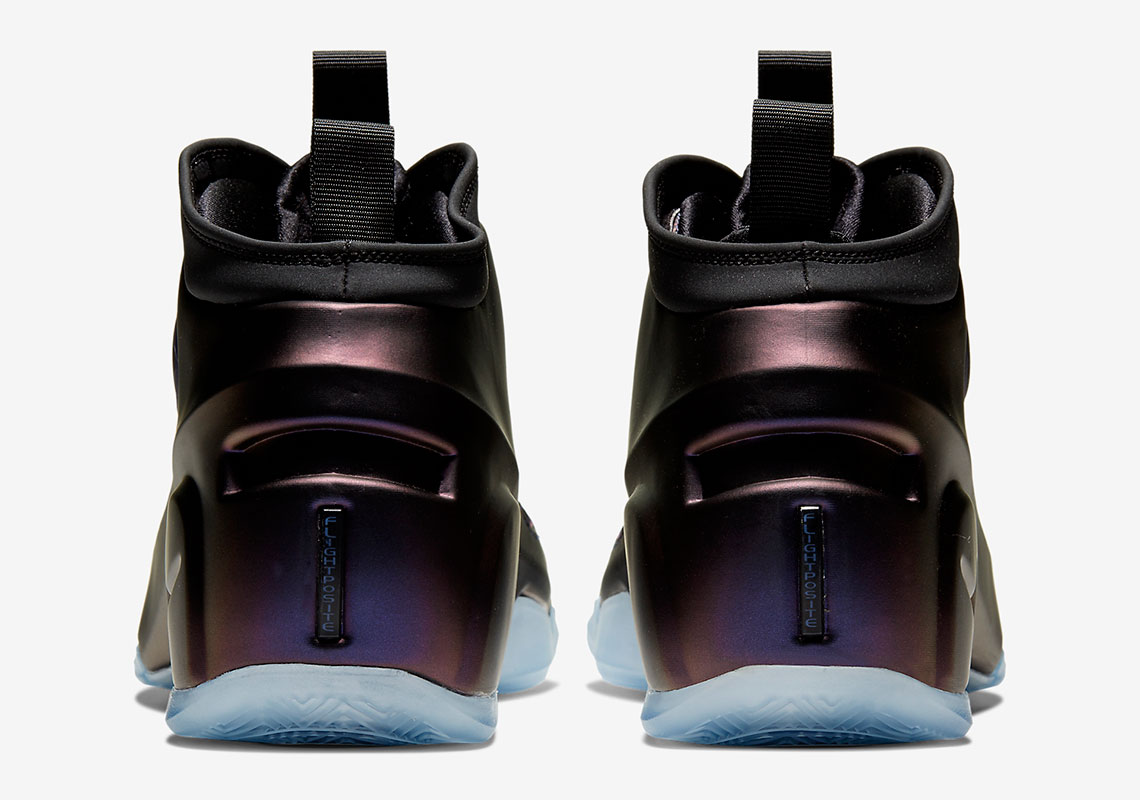 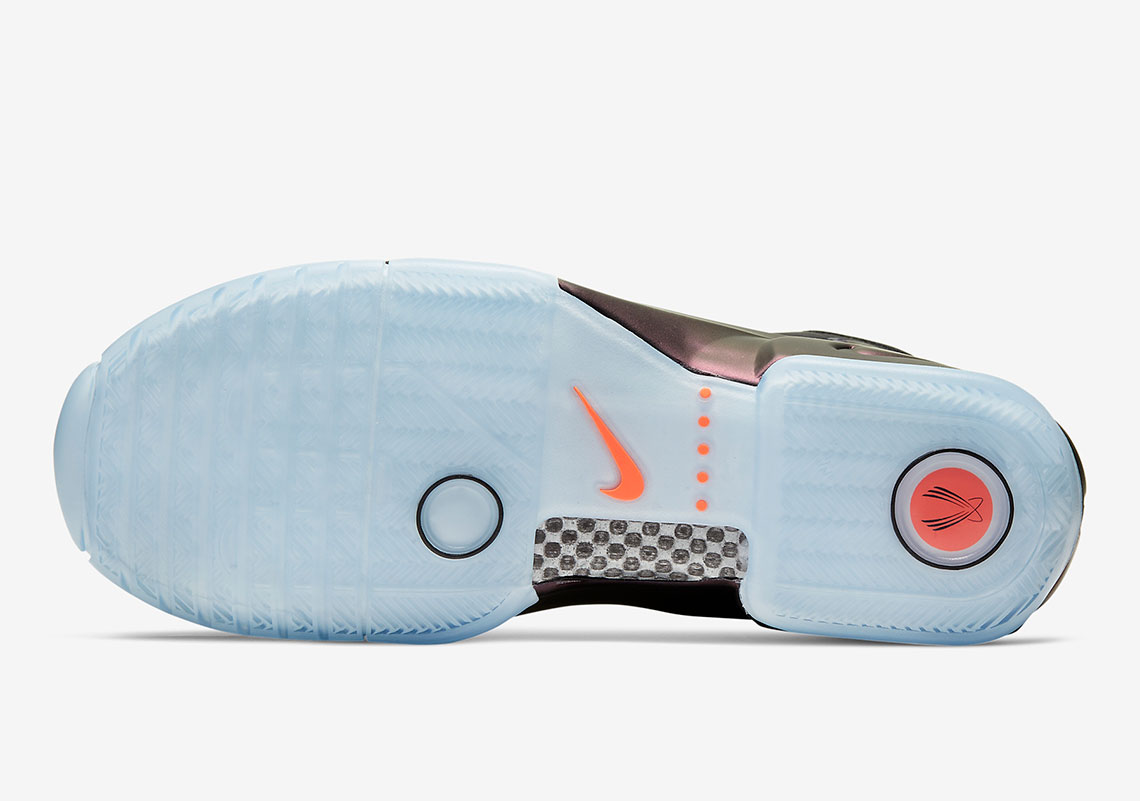