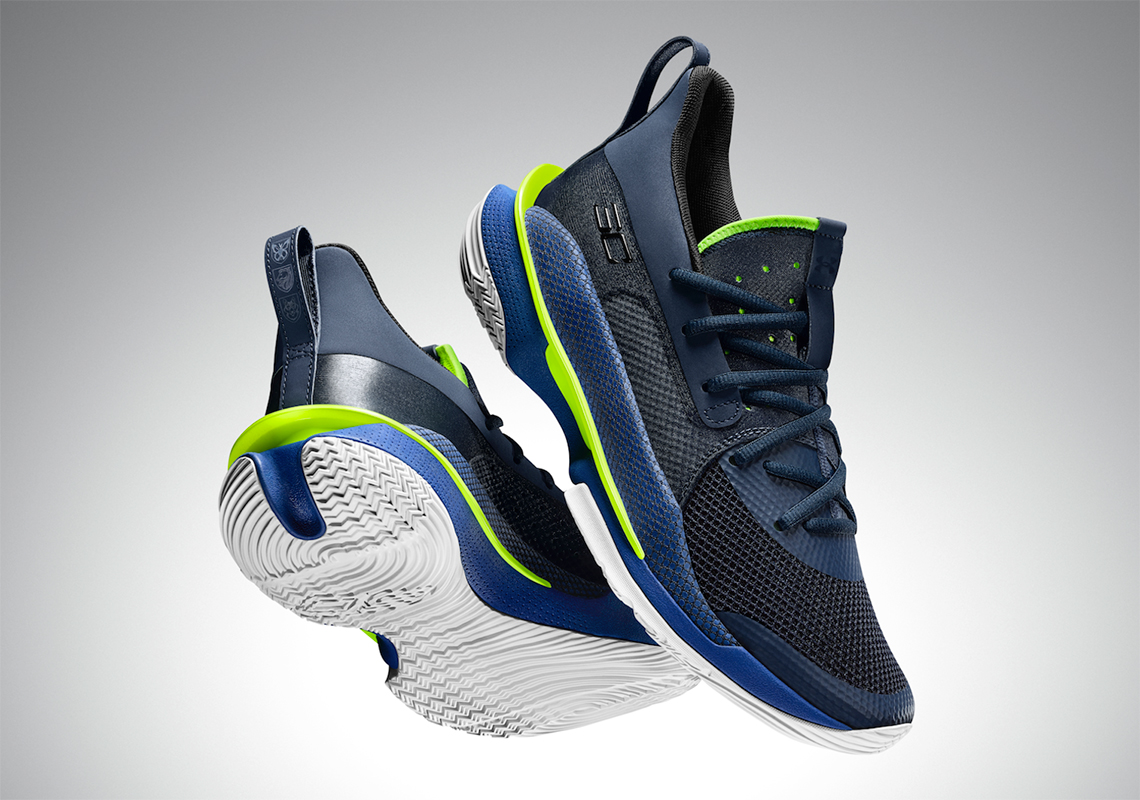 From the struggle era that ruled over Oracle Arena when he played alongside Monta Ellis, to the glory days of three championships with the likes of Klay Thompson and Kevin Durant, it’s definitely been quite the roller coaster ride for Stephen Curry’s 11 years in the league, but if there’s one thing that has remained constant, its the support from the fans. Night in and night out, the electricity they bring fuels the hostile environments that opponents have feared in recent memory, and to honor their unrelenting loyalty and passion for the game, Steph and his Under Armour camp have revealed their traditional “Dub Nation” colorway of his newest UA Curry 7.

Straying away from the vibrant base layers that dressed up the model’s recent Sour Patch Kids collaborations, this model nods to the original team’s colors by blending together a mixture of navy and royal blue tones that dominate a majority of its upper, and get charged up with striking doses of neon greens applied towards its mid-foot plate and tongue interiors. Check out a closer look here below, and find these available in limited quantities starting on December 9th via the SC30 product wall within the Chase Center Warriors shop, and globally on UA.com and affiliated retailers on December 13th for $140 USD. 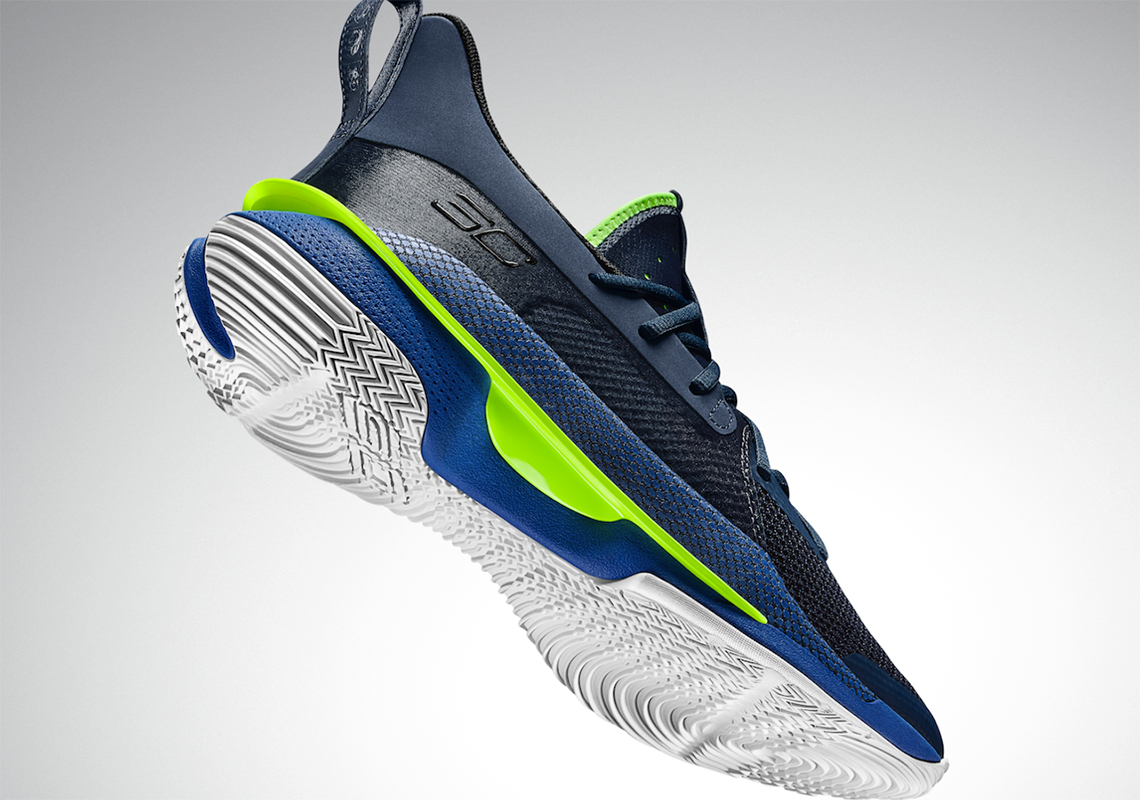 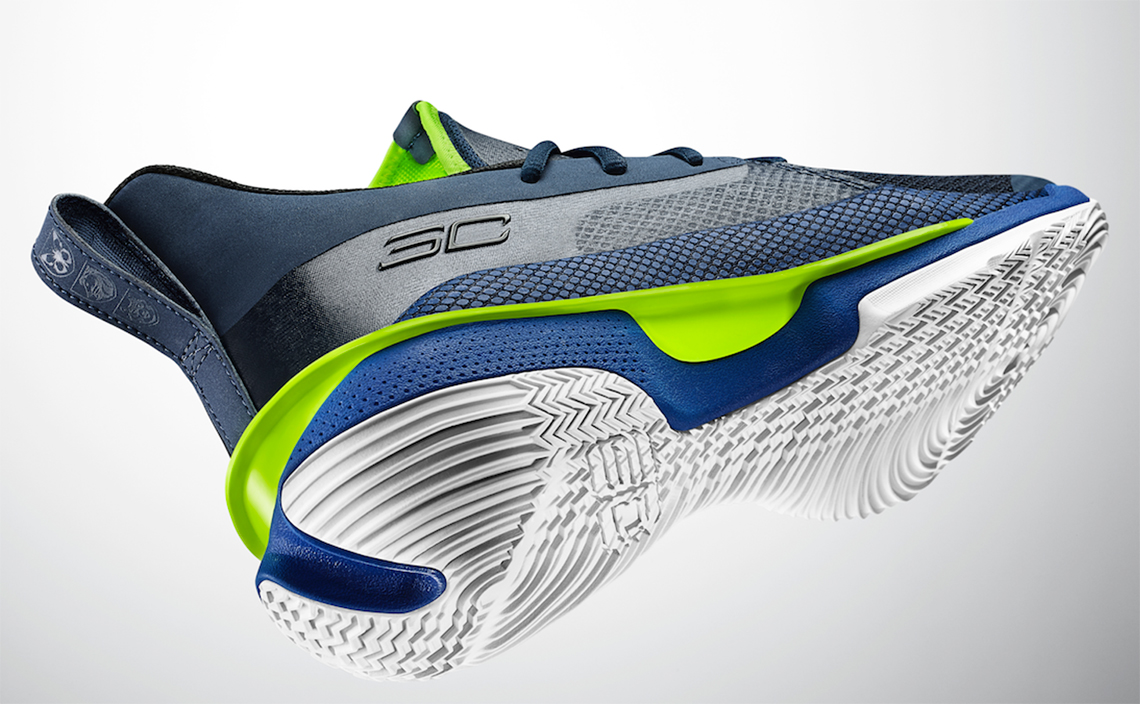 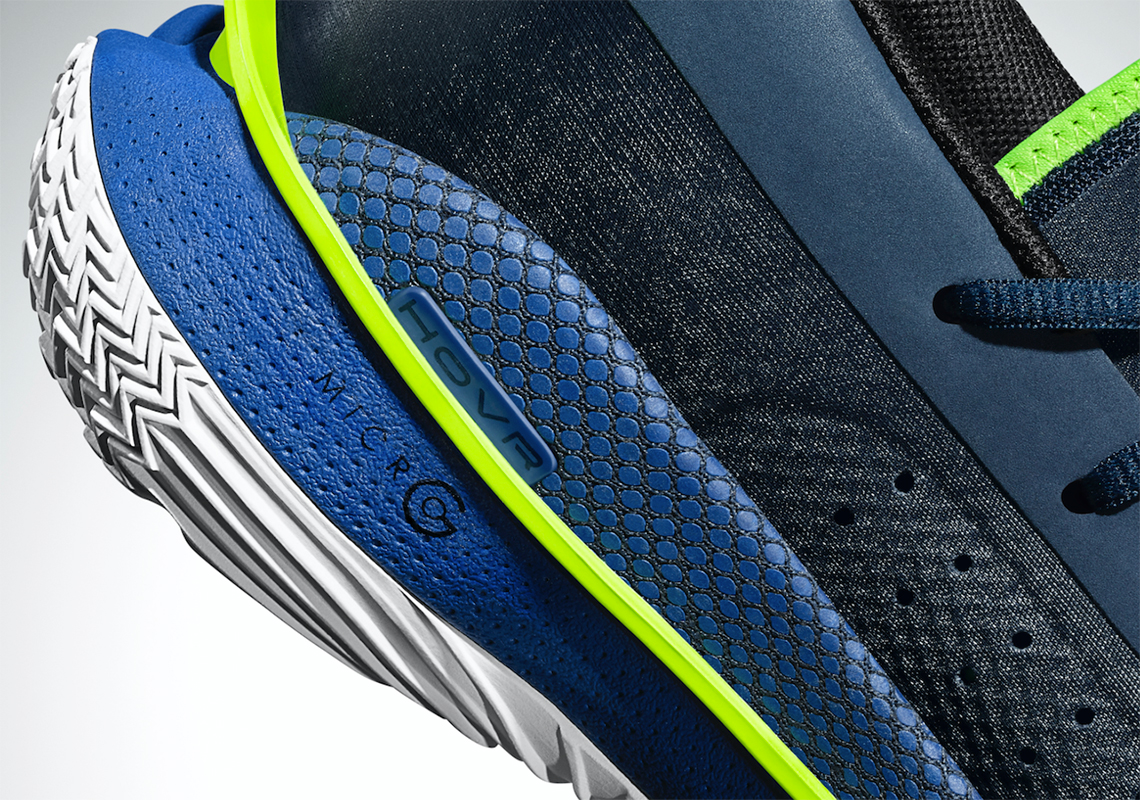 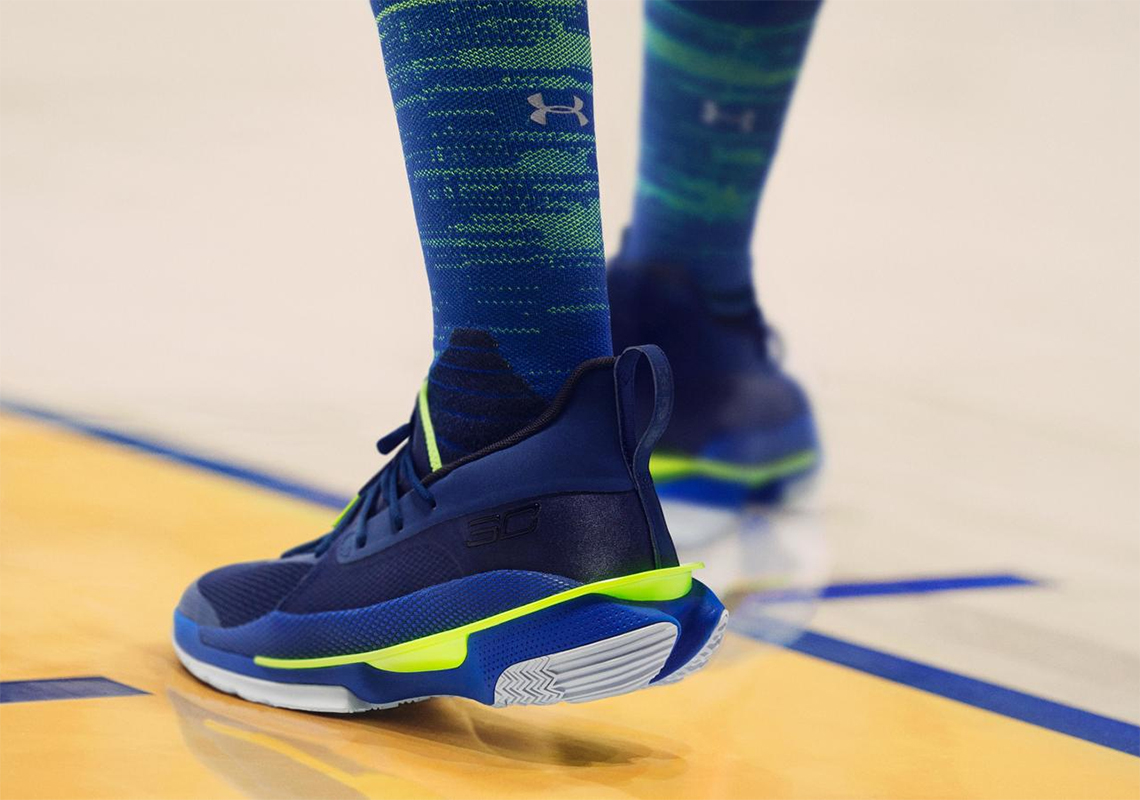 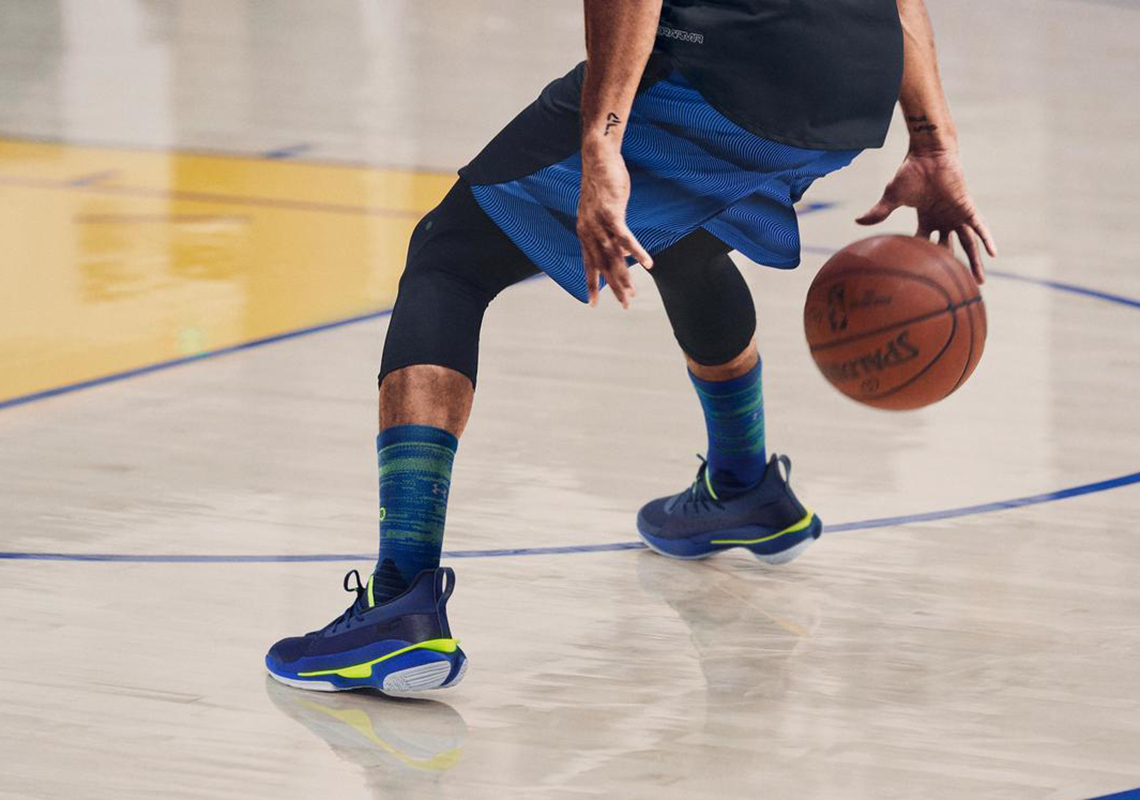