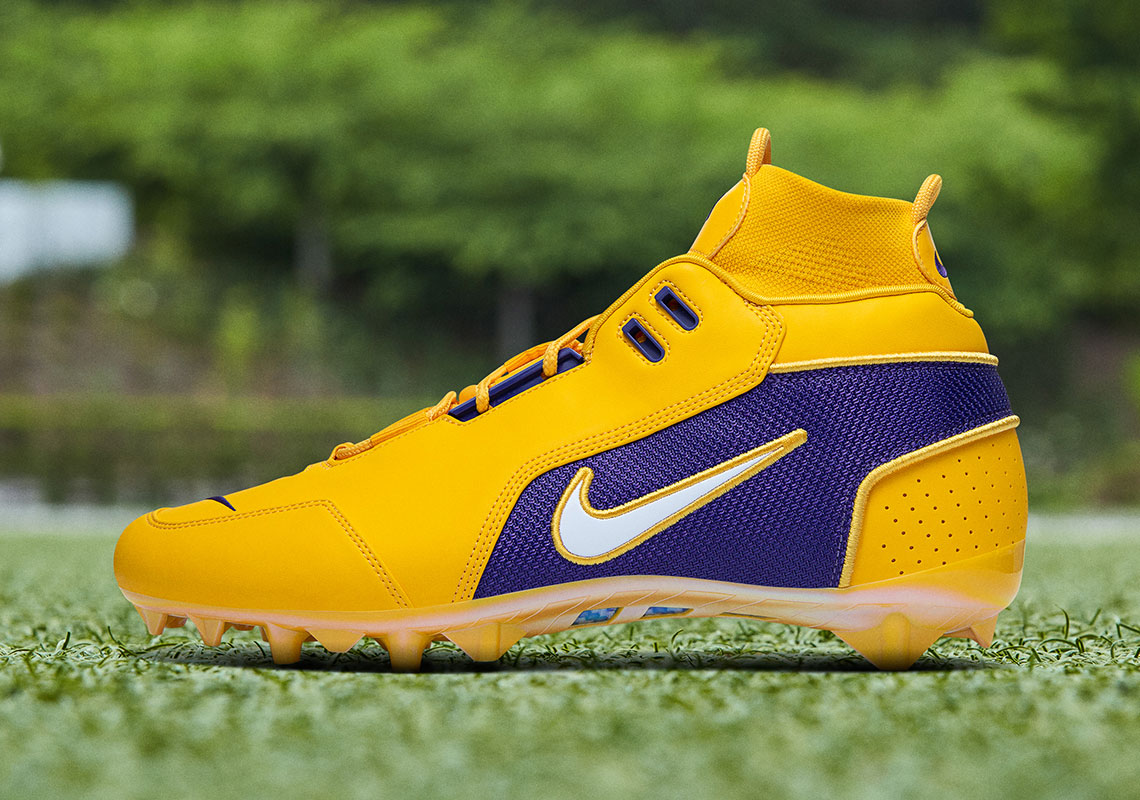 OBJ Honors LSU And The Lakers With Week 15 Nike Cleats

Week 15 of the NFL will see OBJ don a sharp yellow and purple pair of Nike’s Vapor Untouchable Pro 3 Uptempo Cleat. Having just teased his Air Max 720 in a similar color scheme a few days ago, #13’s warm-up cleat ahead of his matchup against the Arizona Cardinals not only honors his alma mater Louisiana State University, but also pays respect to the Los Angeles Lakers – the receiver’s favorite NBA team. Unlike his lifestyle model, the Uptempo swaps a mostly white upper for a rich gold. Laces are also taken over by the yellow hue, but are surrounded by purple detailing. This same shade makes a statement as it takes over the mesh that wraps both medial and lateral sides of the midfoot, as well as the heel. While uncertainty surrounding OBJ’s stay in Cleveland rises, one thing is definite: the man always has on some fresh cleats.