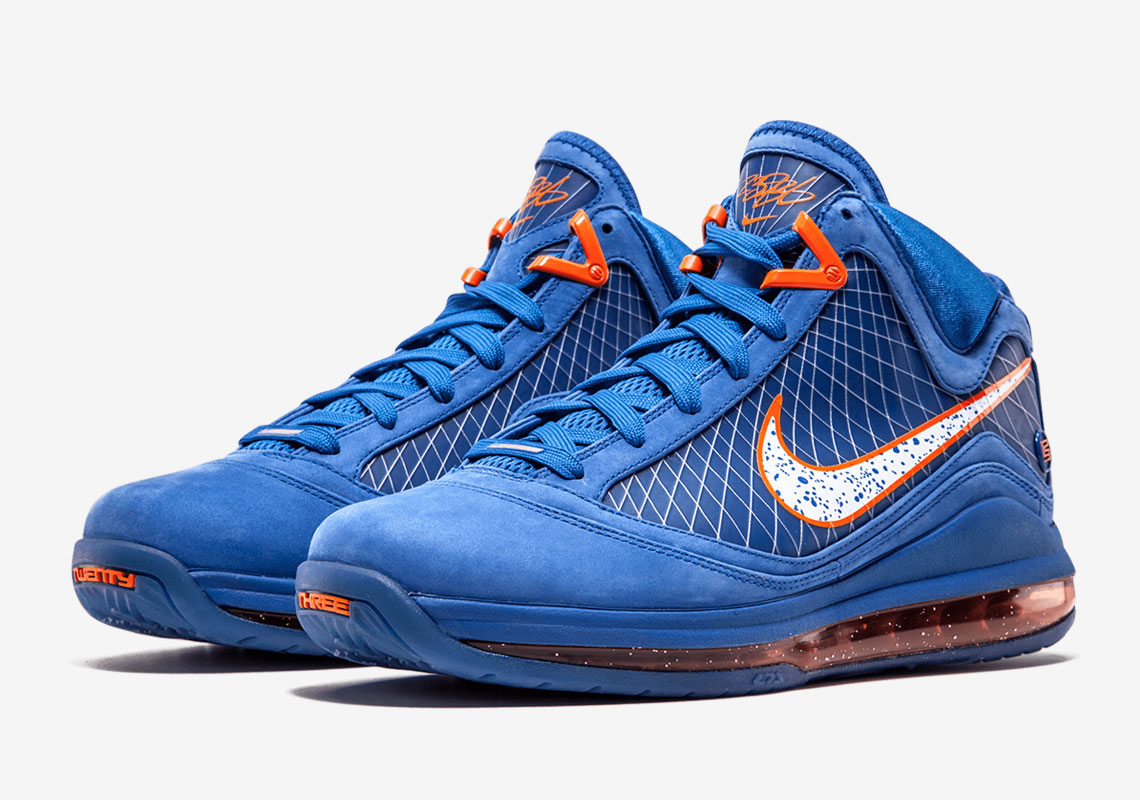 In terms of Swoosh-sponsored athletes, LeBron James plays a bigger role than most due in part to his notoriety as well as his innate ability. As such, his eponymous line of Nike signatures retain a potent influence on the sneaker industry at large even despite the basketball sneaker craze slowing down relative to its recent heyday. Now on their 17th silhouette, the two are retracing their steps with some of the best, tapping into the LeBron 7‘s noteworthy roster of PEs. The first to see the light of day is the alternate from the series of “Hardwood Classic” pairs — all of which never saw to a retail release back in 2010. Designed to match the Cavs’ throwback jerseys, the pair outfits in signature blue and orange with the latter taking an accenting role at the check’s outline, the Air along the sole as as well as the upmost eye stay. Blue speckling adorning the white space with full coloring seeing to the rest of the execution. Grab a quick look at the pair here and expect to see it finally reach the masses later this 2020. 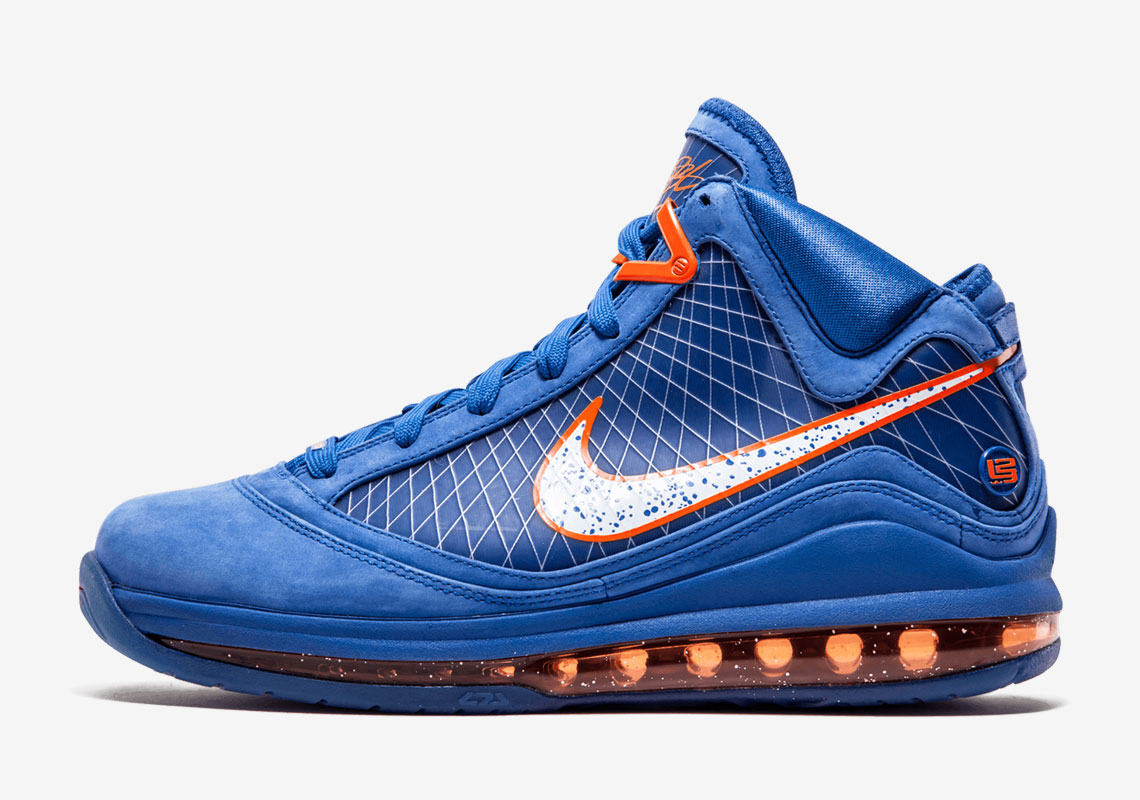