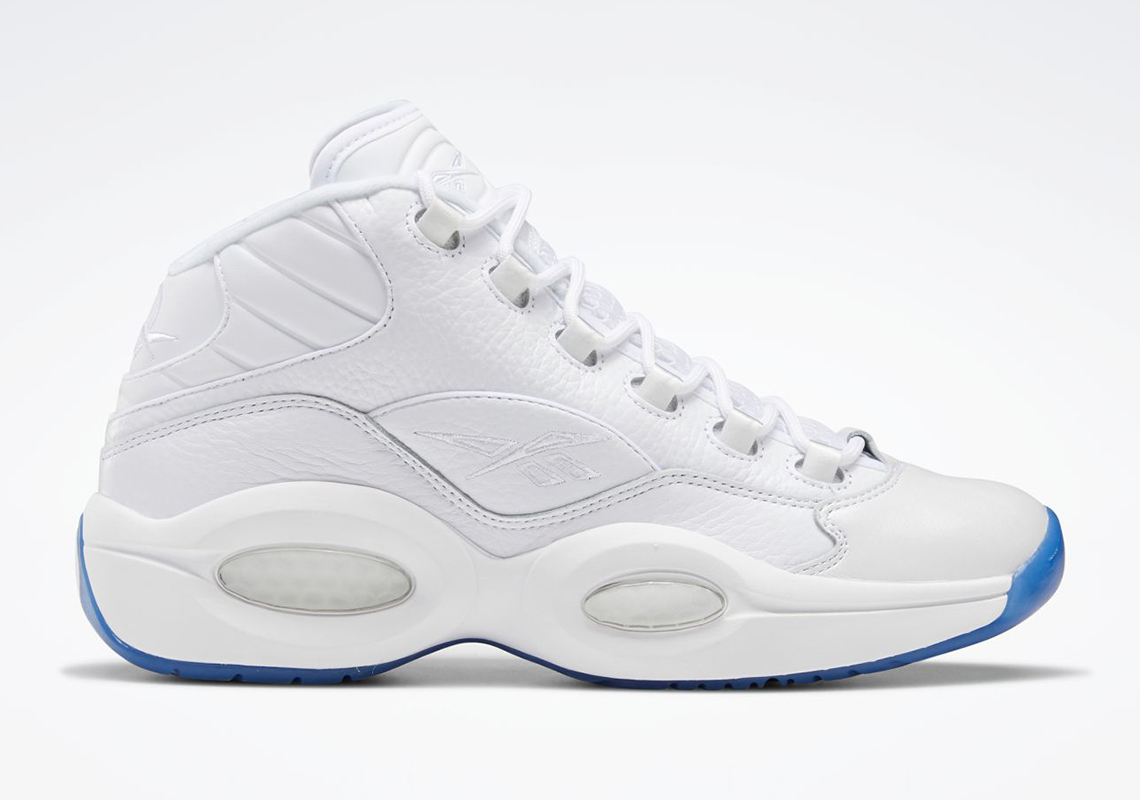 Even decades on, Allen Iverson still holds influence post-NBA, immortalized not only by accolades and bestowed eponym, but through his signature silhouettes released with Reebok — the Question Mid one of the few to arrive once more after its inaugural debut back in 1996. Boasting vibrant coloring in a “Heart Over Hype” fashioning while then adding to its modern roster the most iconic OGs, the model has since slowed down, pairs making their way throughout the new decade in seldom. But, after a “Black Toe” creation just weeks ago, the silhouette arrives once more in neutral tones, forgoing hits of black this time around, however, in favor of a clean triple white upgraded with icy blue soles. Even the vector logos lie low on the radar, matching the colorless fixtures across the lace unit, molded heel tab, and the layered paneling that seats the lower half; moreover, midsoles are given the very same treatment though its inner cushioning tints only marginally darker thanks to its material. Treads then finish strong with the only ounce of color, crafting a versatile entry into the Spring/Summer line-up. Grab a detailed look at the pair here and expect a release at select shops and Reebok.com to land on February 1st.

UPDATE (03/19/2020):
After a small launch in Europe, the Reebok Question Mid “Whiteboard” is now available at stateside retailers. 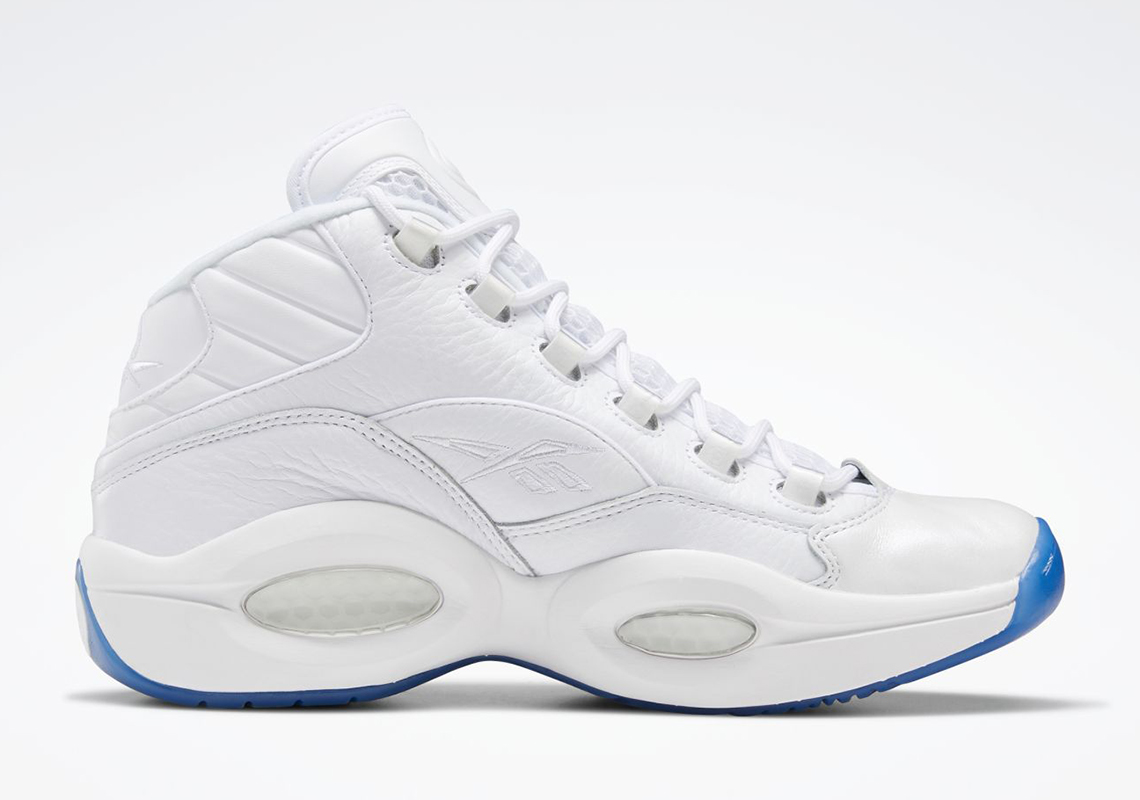 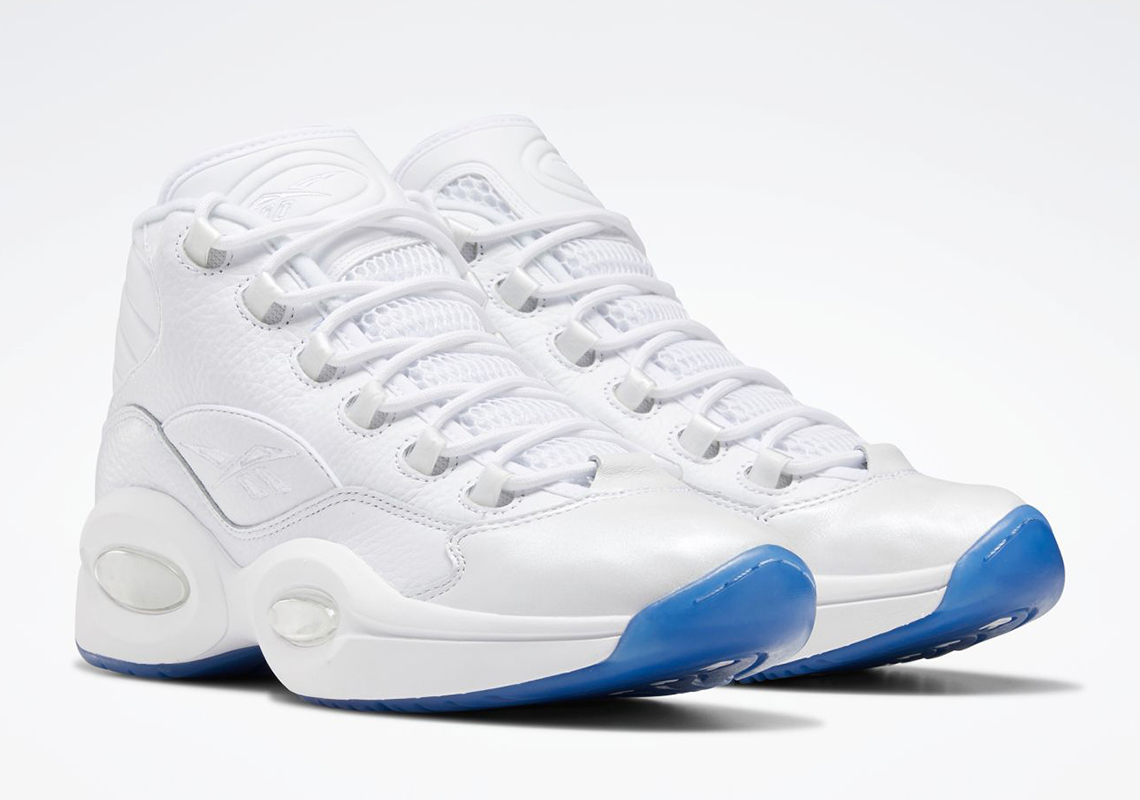 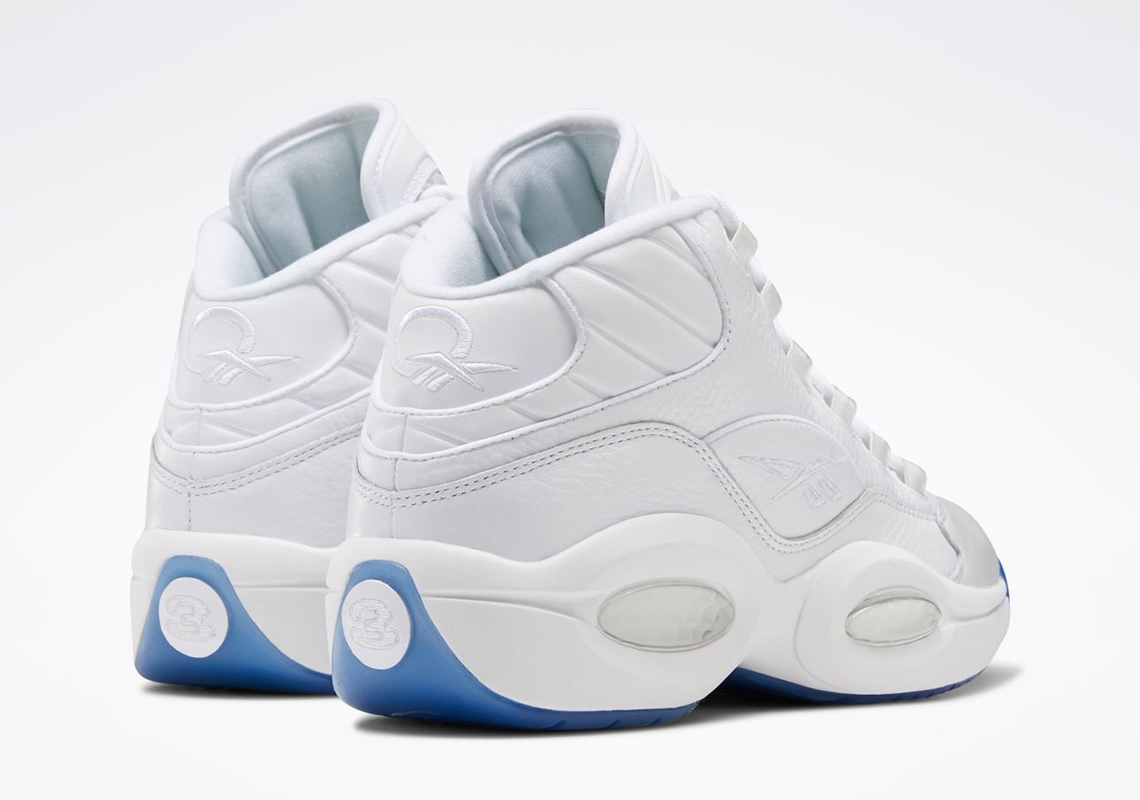 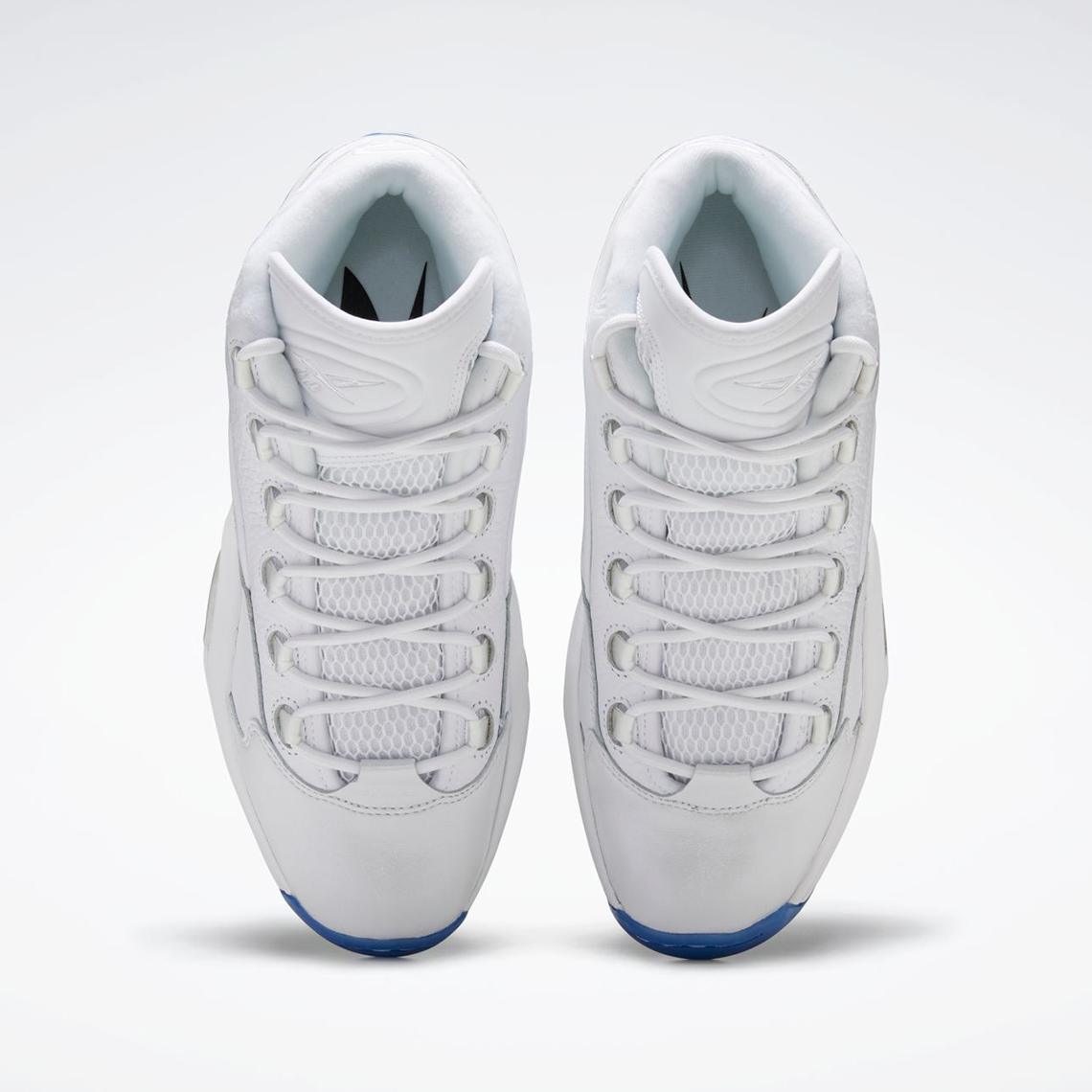 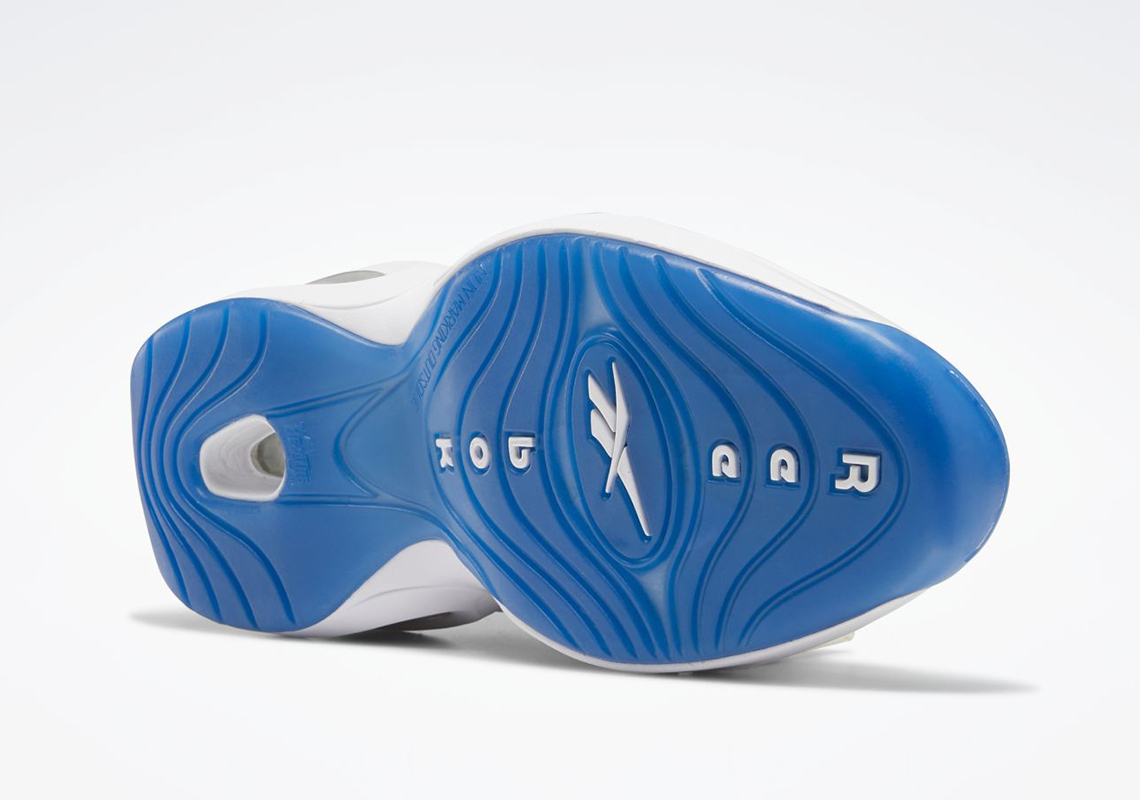 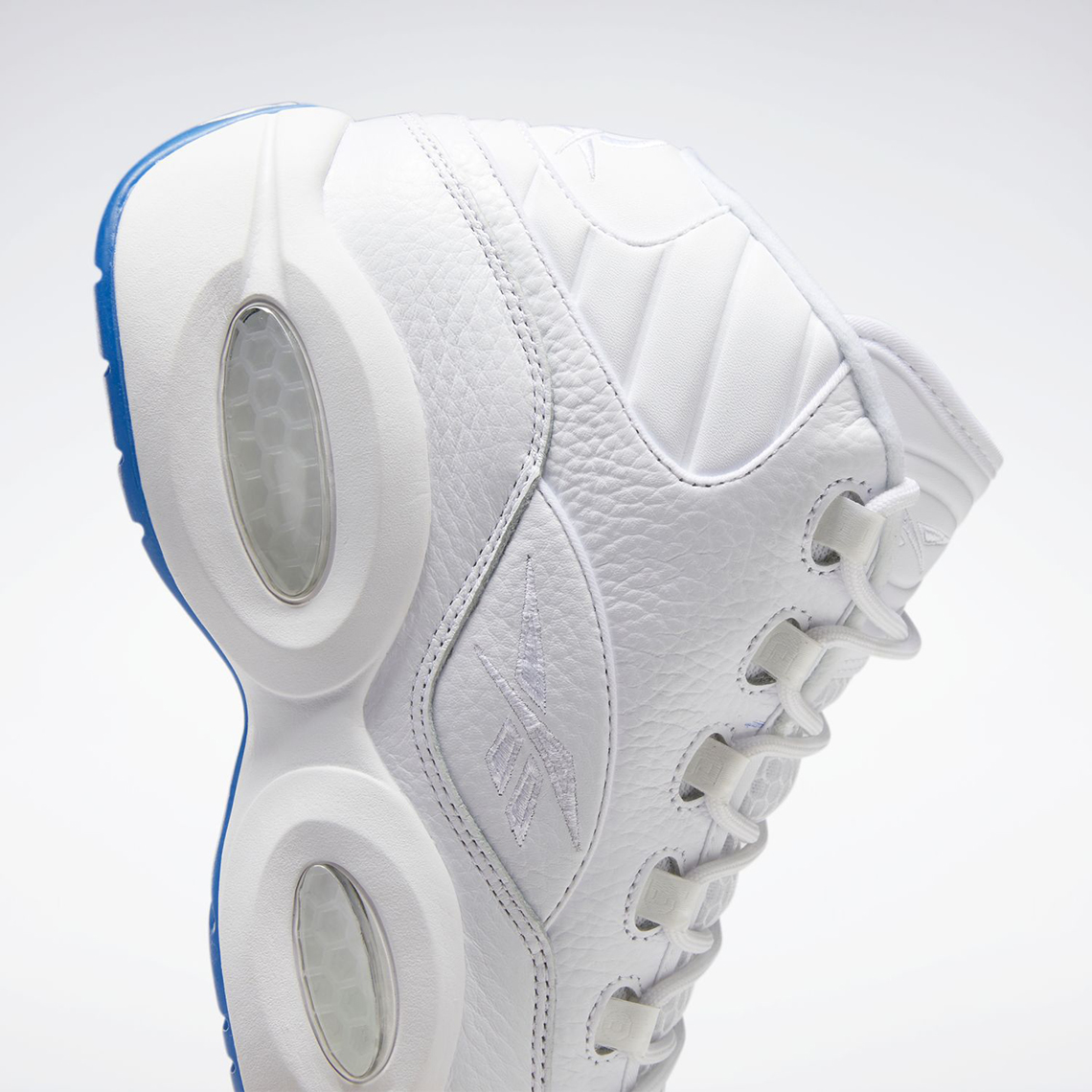