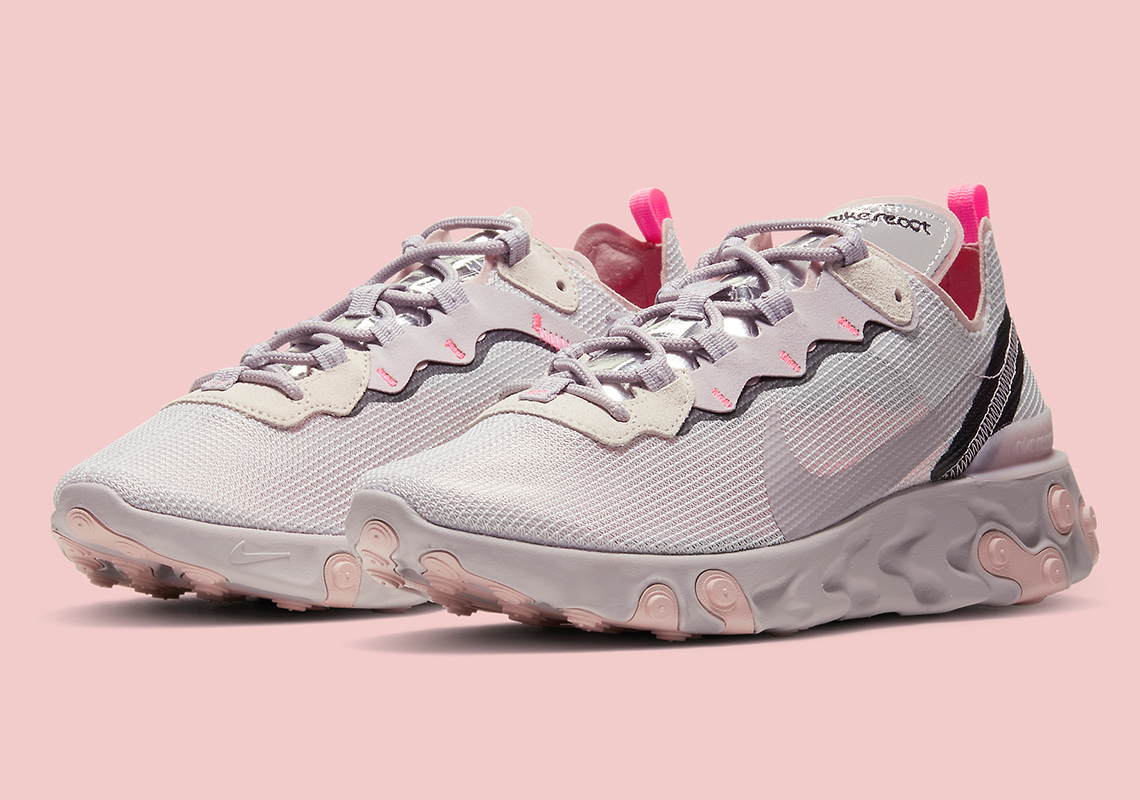 A Soft Platinum Violet Appears On The Nike React Element 55

Softer pastels have become that of a consistent application for Nike’s prolific React Element 55 model as of late as they’ve appeared on the silhouette’s most recent ACG-inspired renditions as well as its more newer “Schematic” installments. And the Swoosh looks to keep this movement going for the next act as its forthcoming colorway, which mixes greyscale elements with rosy elements, has just been uncovered. From a materials standpoint, this new iteration reverts back to its mesh-focused upper, which adds a more textural characteristic to its body. The grey hues arrive throughout most of its constructions, but differ most noticeably through its entire throat that stands out overtly with its metallic foil shimmer. Accents lean towards subtly placed notes of pink which are presented in muted fashion along the sole plugs, and charged up towards the neon spectrum through its lacestays, footbeds, and heel tabs. You can view official photos of the pair here below, and find these hitting Nike.com and select retailers in the coming weeks for $130. 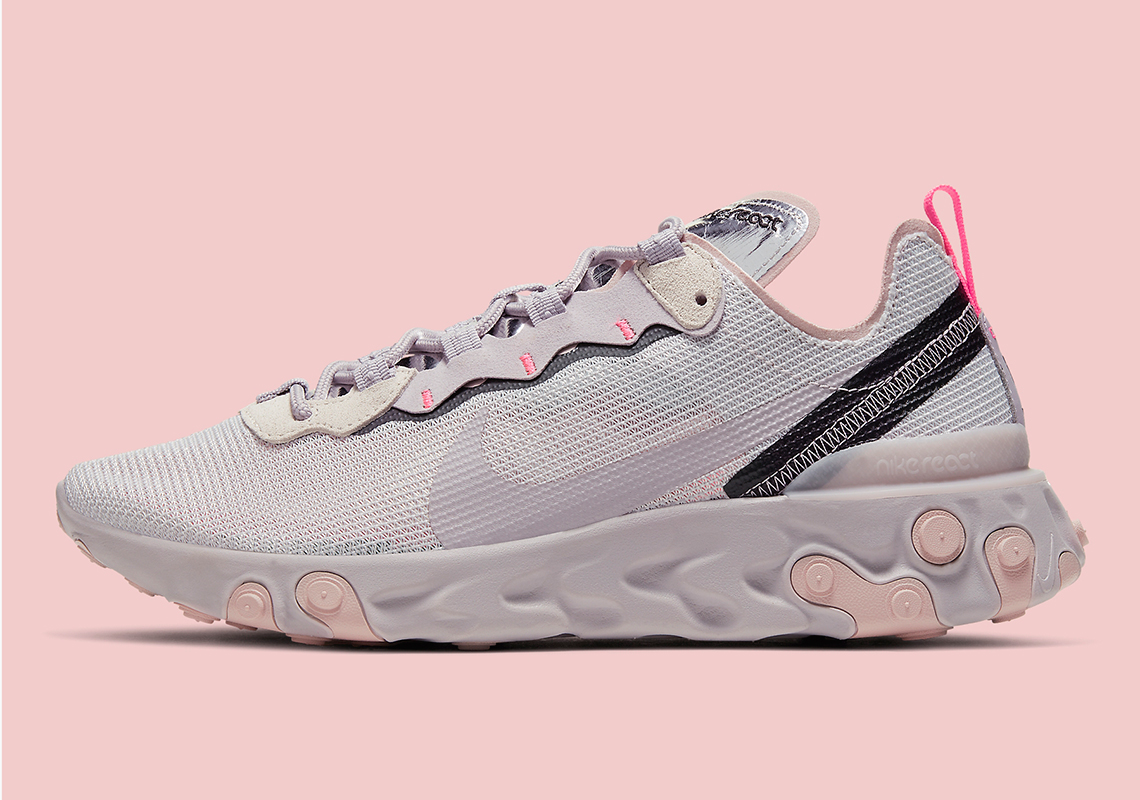 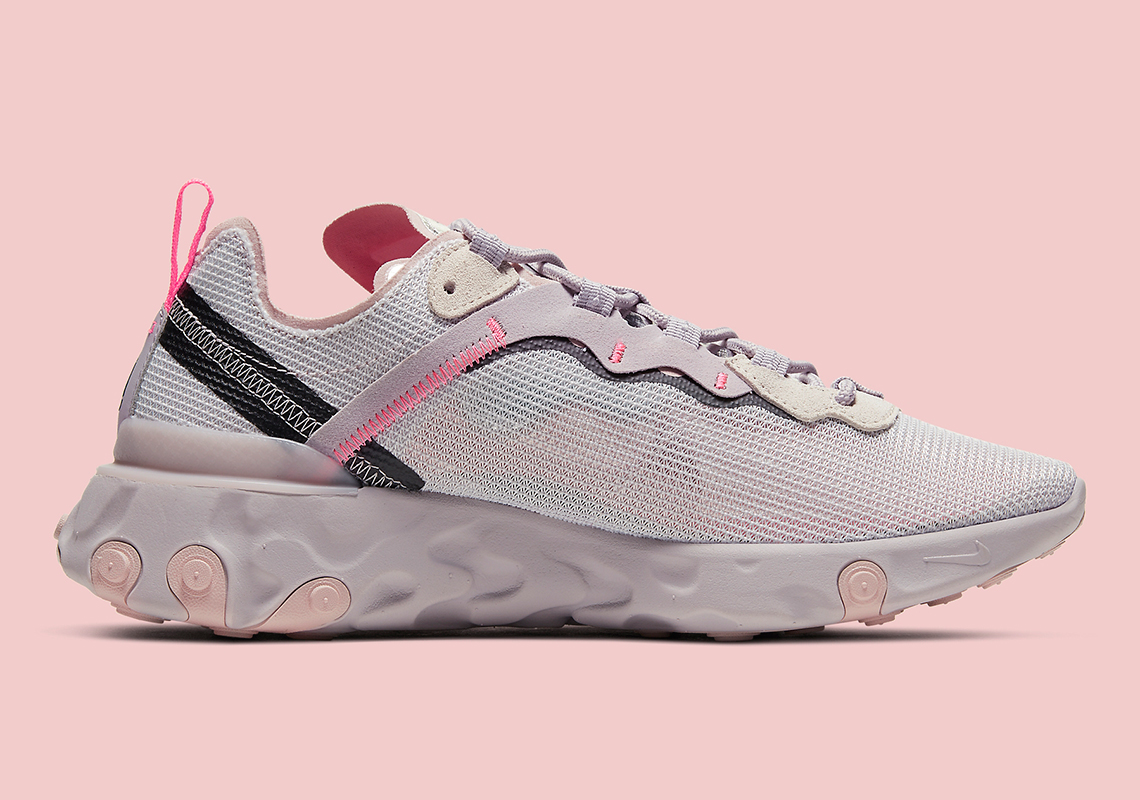 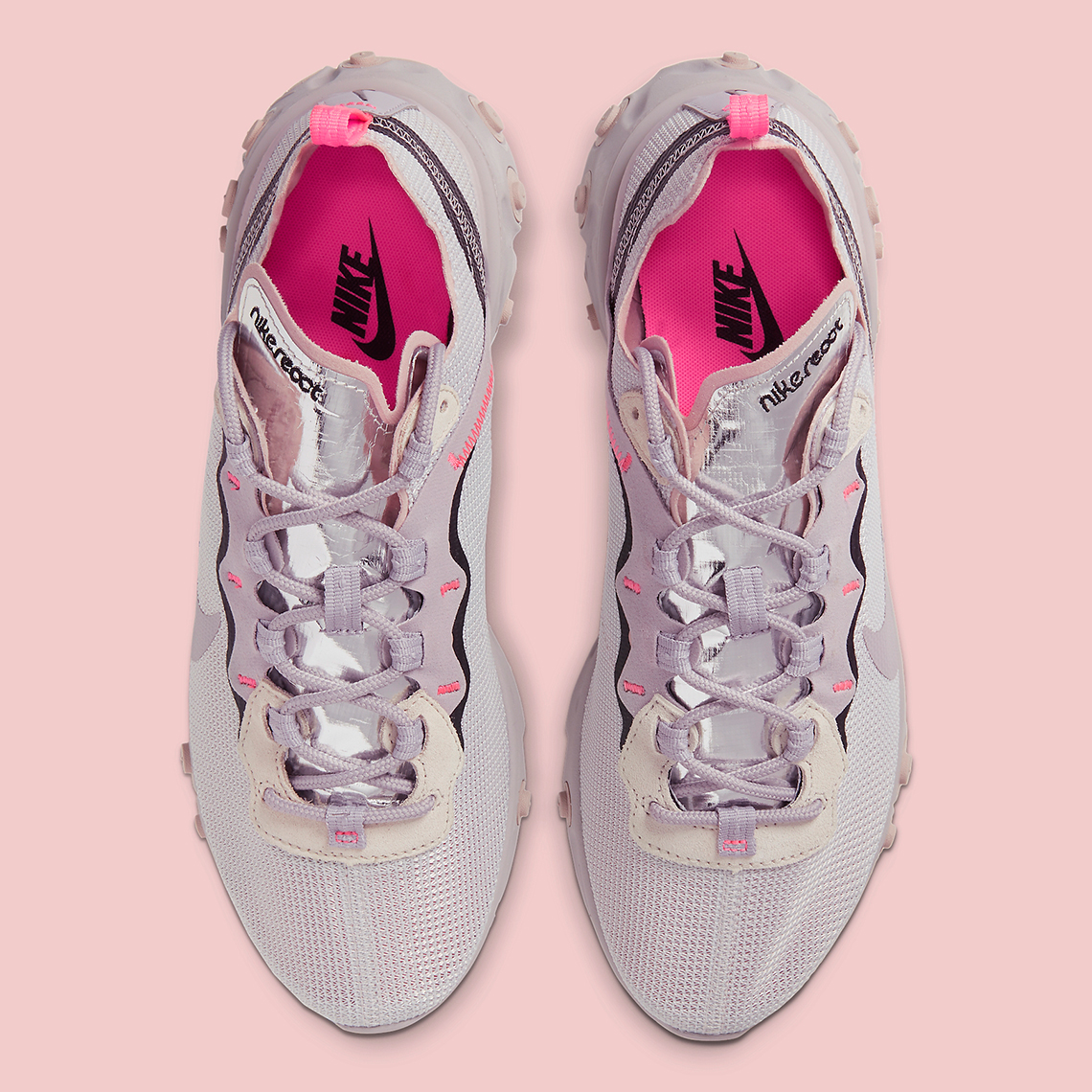 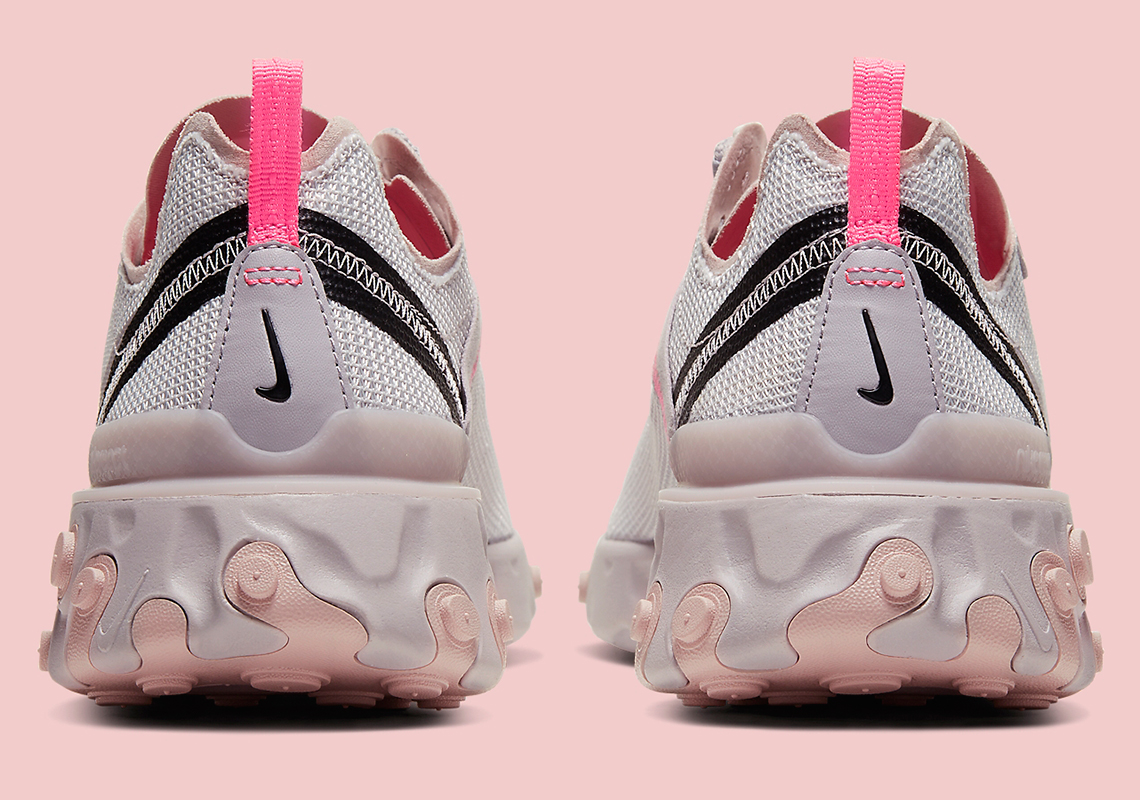 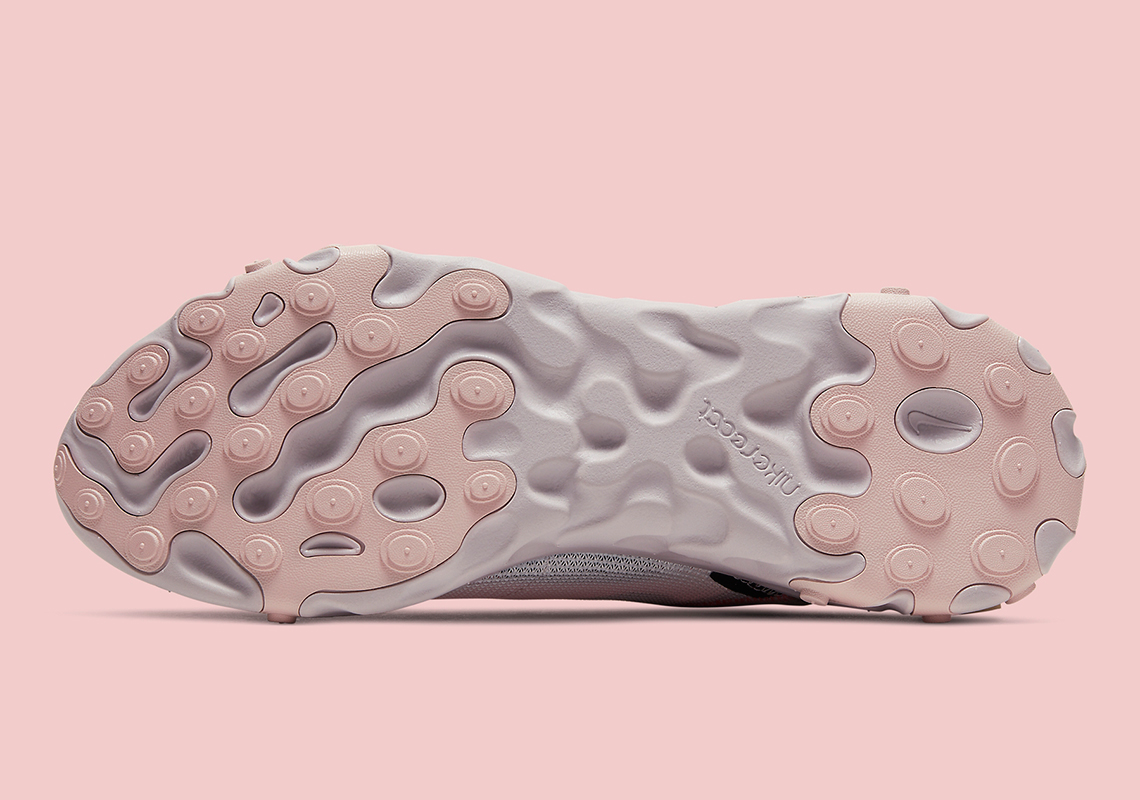