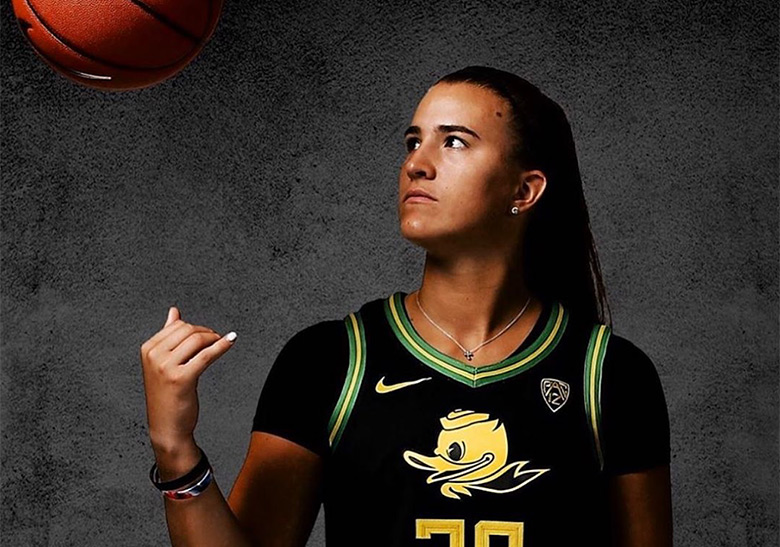 Sabrina Ionescu’s professional basketball career officially began today as she was selected first overall in the 2020 WNBA draft. Playing four full seasons for the Oregon Ducks, Ionescu set an incredible mark of 2,000 points, 1,000 rebounds, and 1,000 assists – the most ever for a D-1 college basketball player. While it’s not much of a surprise that her name came first off the board, there was some uncertainty regarding what athletic brand she would sign with. In a recent interview on The Boardroom, she indicated that she was in conversation with Nike, Puma, and Under Armour.

However, there was little to doubt that she’d pledge allegiance to the Swoosh; Oregon’s ties to Nike are well known, and her close relationship with the late Kobe Bryant likely played a factor in her decision to align with Nike. Not long after the deal was official, VP and GM of Nike Women Rosemary St. Clair released an official statement on behalf of the brand.

“During a time when we all need sport more than ever, we are thrilled to have a generational talent like Sabrina join the Nike family “Together, we’re going to bring even more excitement to the game of basketball and inspire the next generation of athletes.”