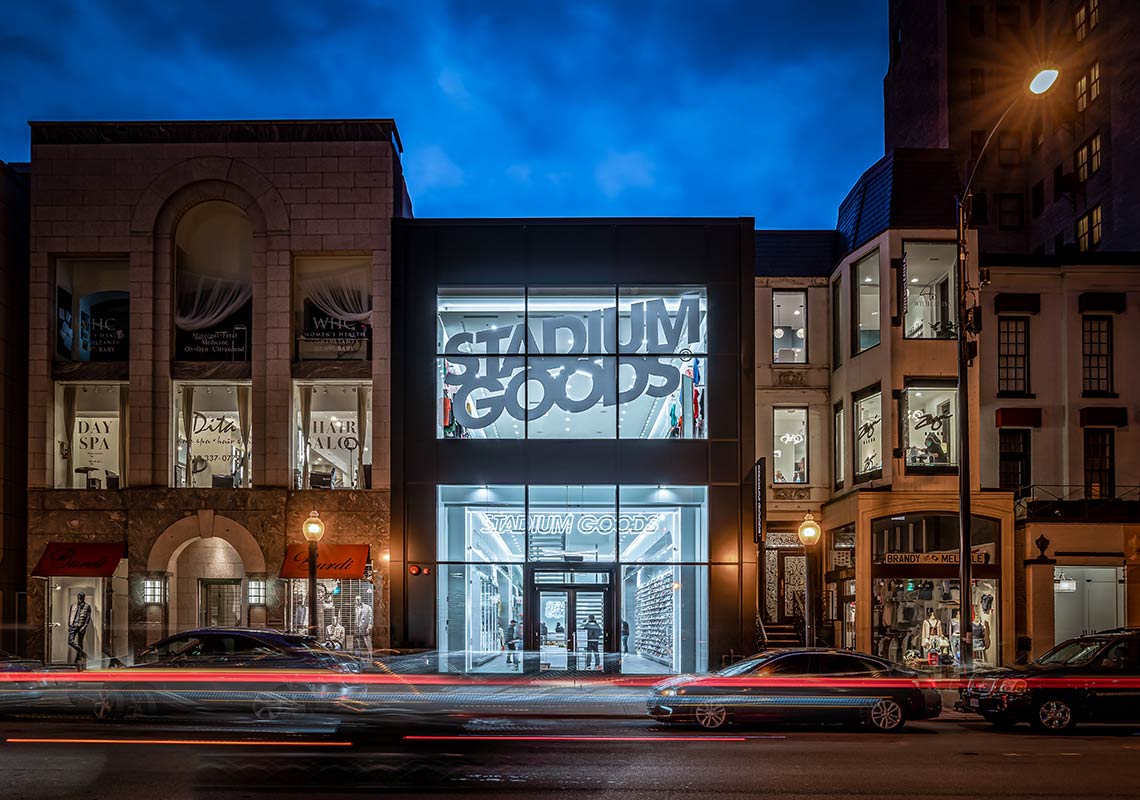 Born and bred in New York City, Stadium Goods has quickly established themselves as the go-to for sought after sneakers. And in the years since their founding, the imprint has seemingly plowed through milestones as they’ve acquired an unprecedented partnership with Farfetch and have since expanded with a second location. Announced not too long ago, the Chicago storefront has just opened their doors to the public today, inviting them into a space an entire story larger than its Manhattan-based counterpart.

Totaling to 6,000+ square feet, the space first leads you into a layout that reminds of the original NYC store. An imposing 60×16 foot wall welcomes you with near a thousand elusive sneakers while glass cases adjacent display new drops, unique collectibles, and a sizable collection of Kaws, Supreme, and Off-White gear. Alongside, Stadium Goods have also laid out their own inline apparel, including socks of over 50 colors and a number of branded basics.

Then, one flight up, the shop begins to get more experimental as a modular merchandising system of brushed stainless steel and glass draws influence from the design language of the Windy City’s architecture. Designed by studio Chadha Ranch and engineered by local manufacturers, the floor will act as a home to bespoke installations that will soon highlight some of the most exclusive items in streetwear and sneakers.

If you happen to be or live in the Chicago area, stop by Stadium Goods Chicago at 60 East Walton Street. Their Market Center in Wicker Park is also open for consignment though only by appointment. For those who can’t hop on a plane anytime soon, you can vicariously experience the retail space through the imagery below or shop online at StadiumGoods.com. 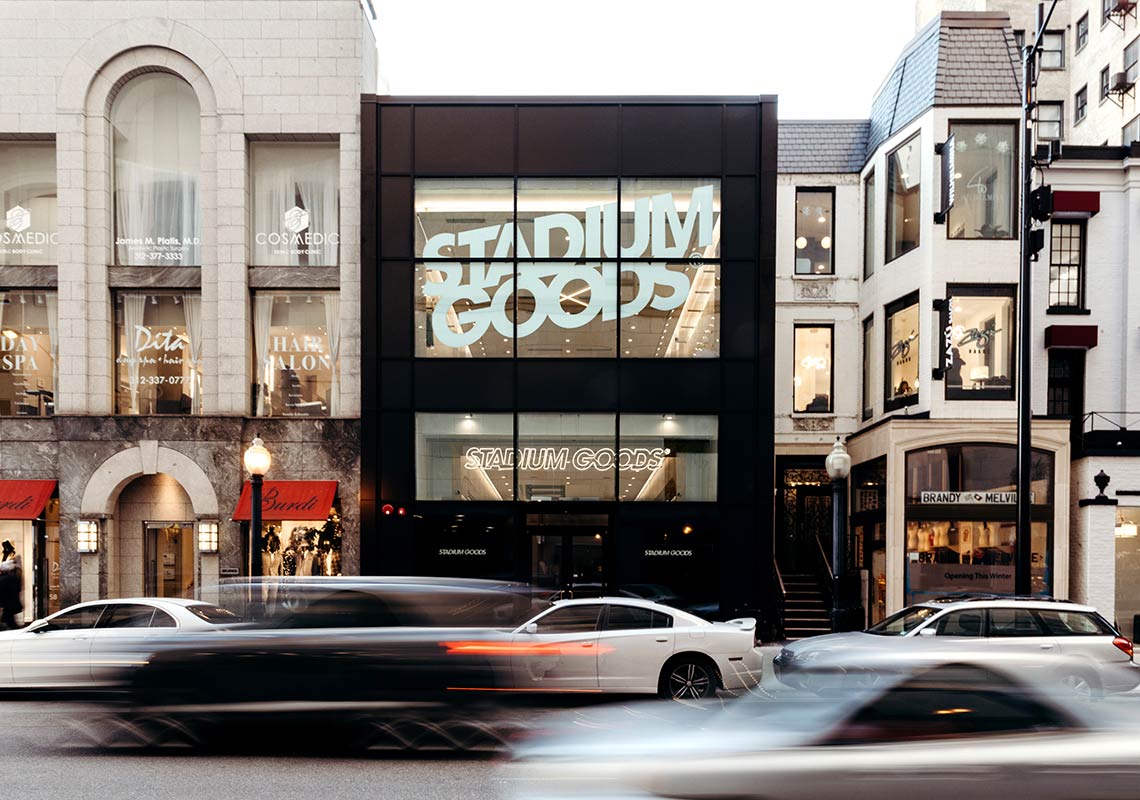 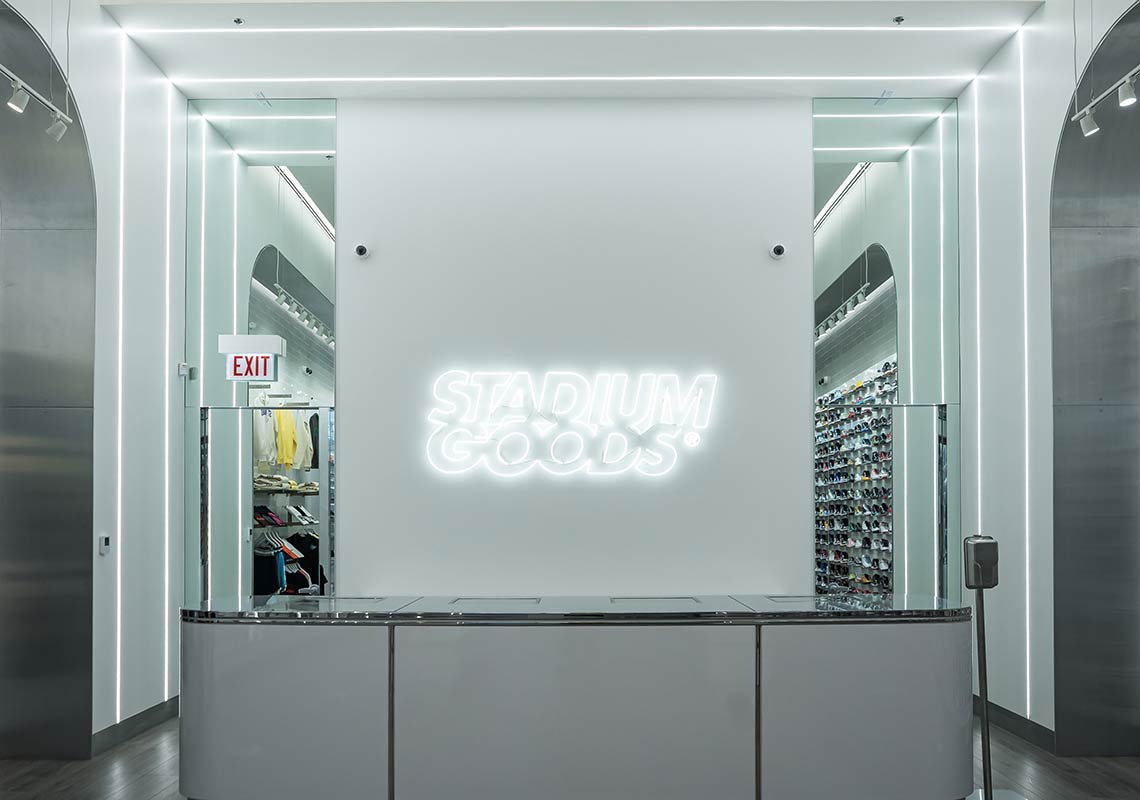 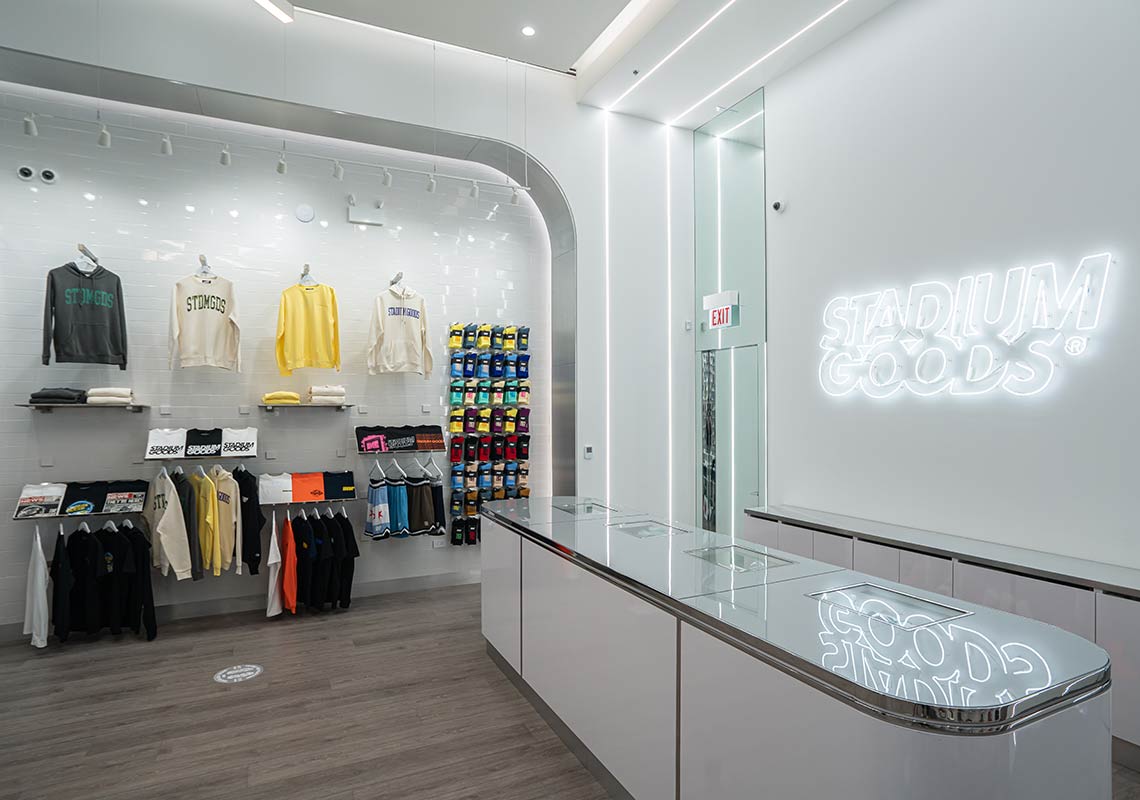 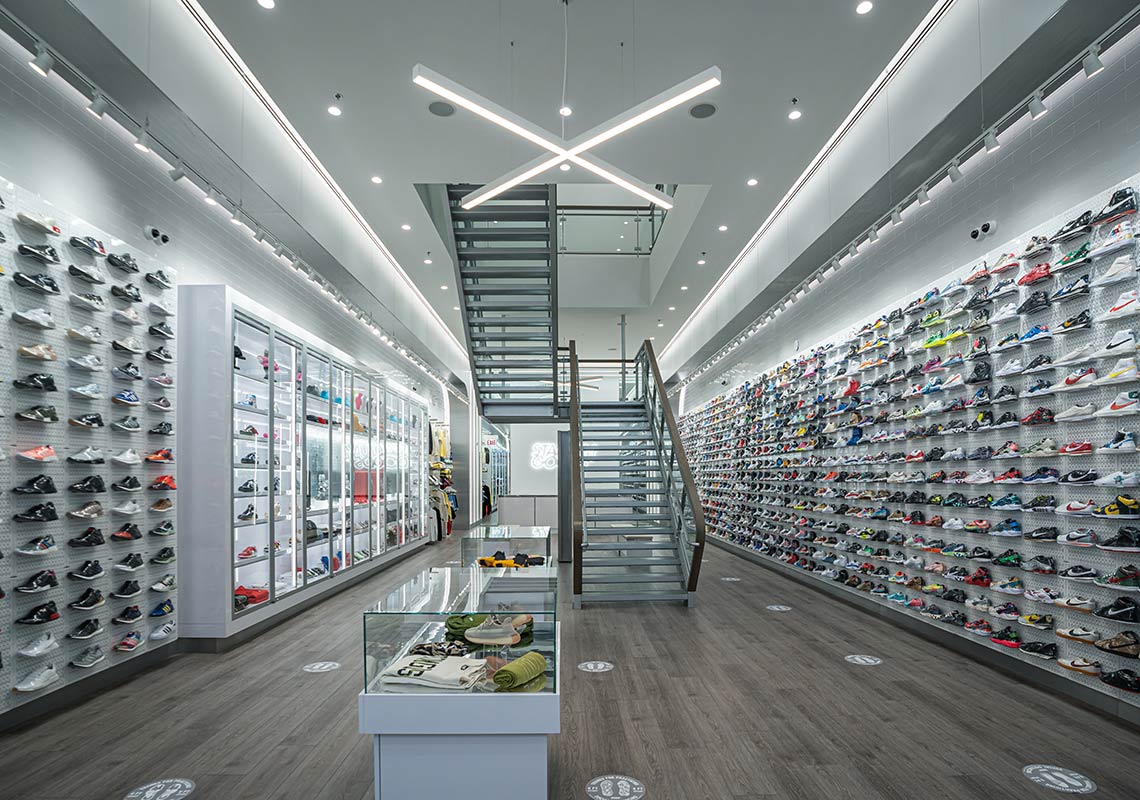 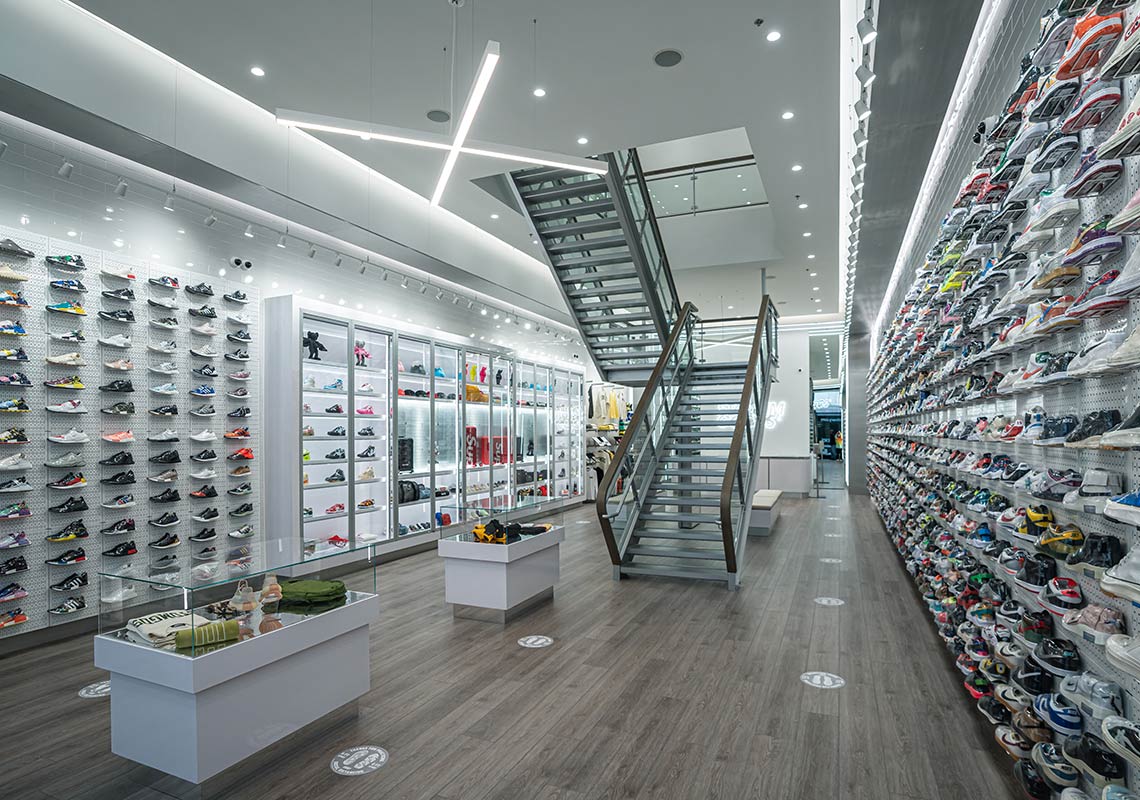 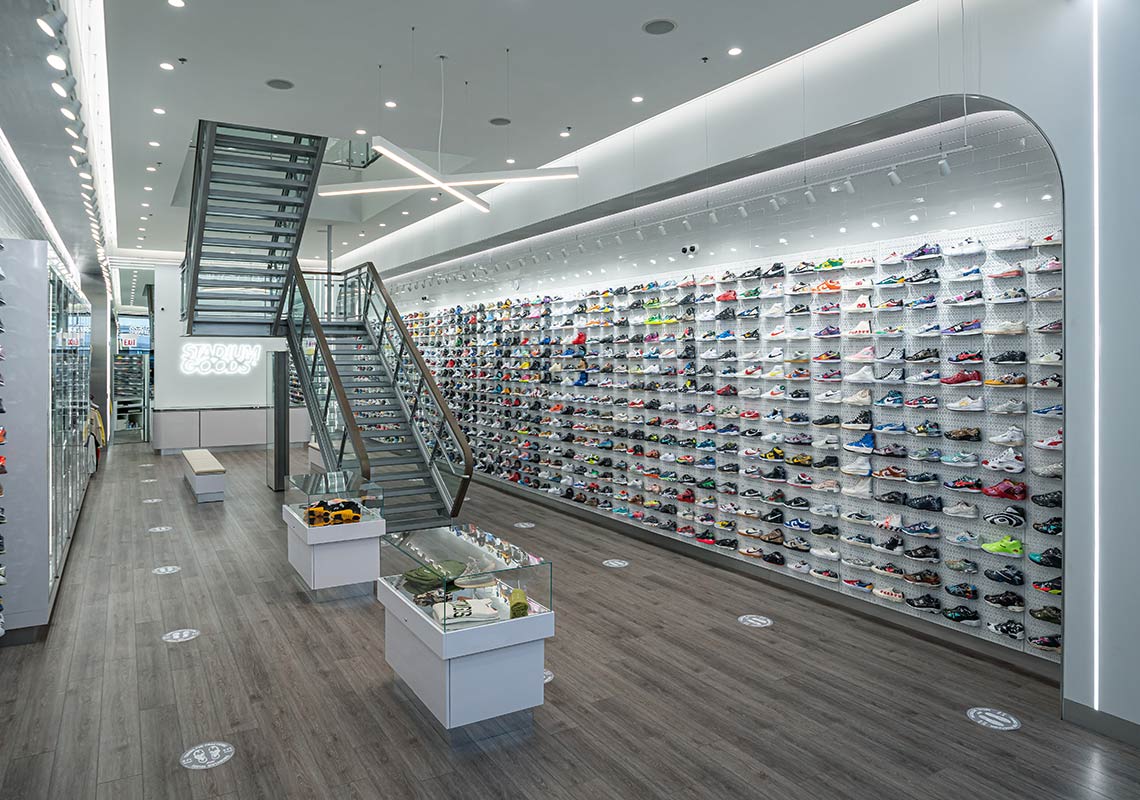 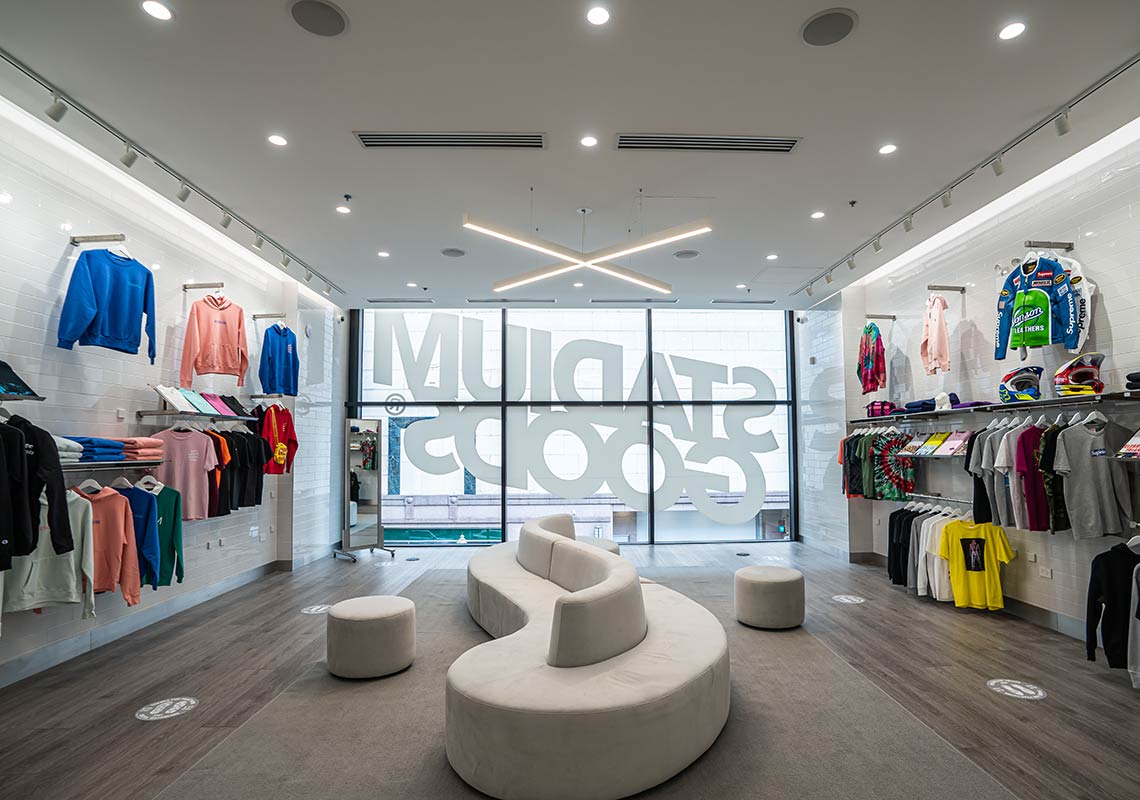 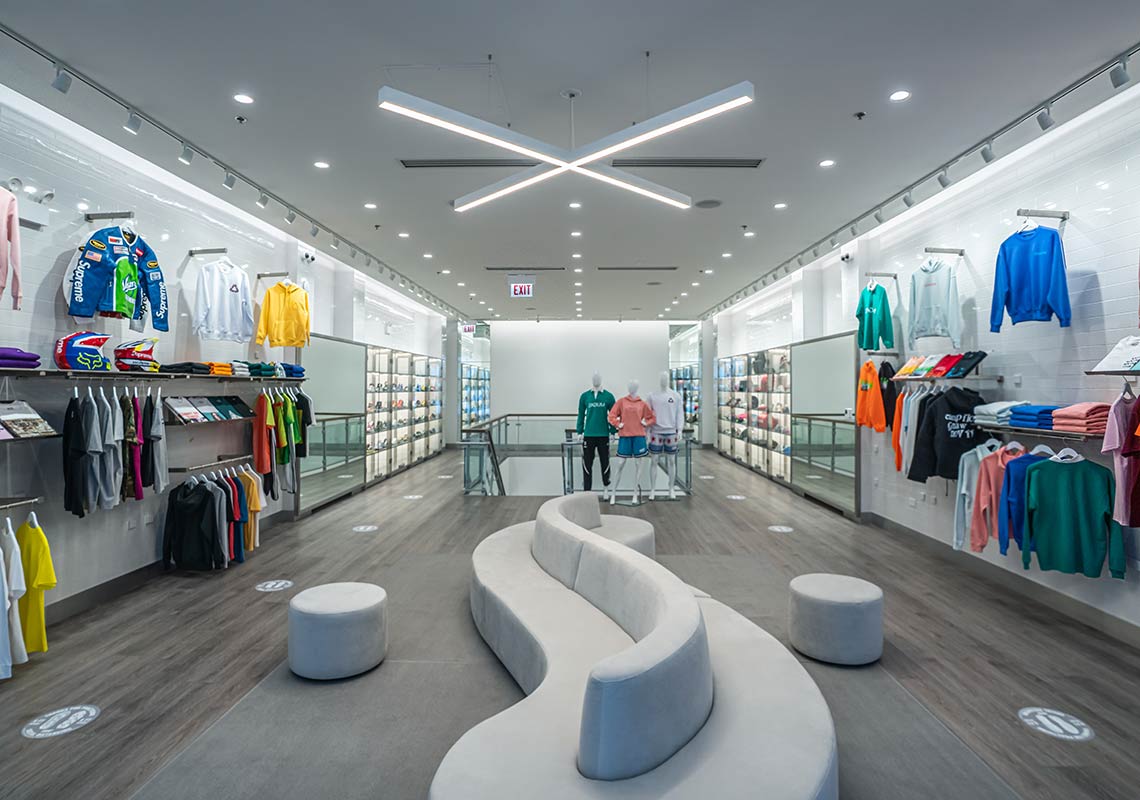 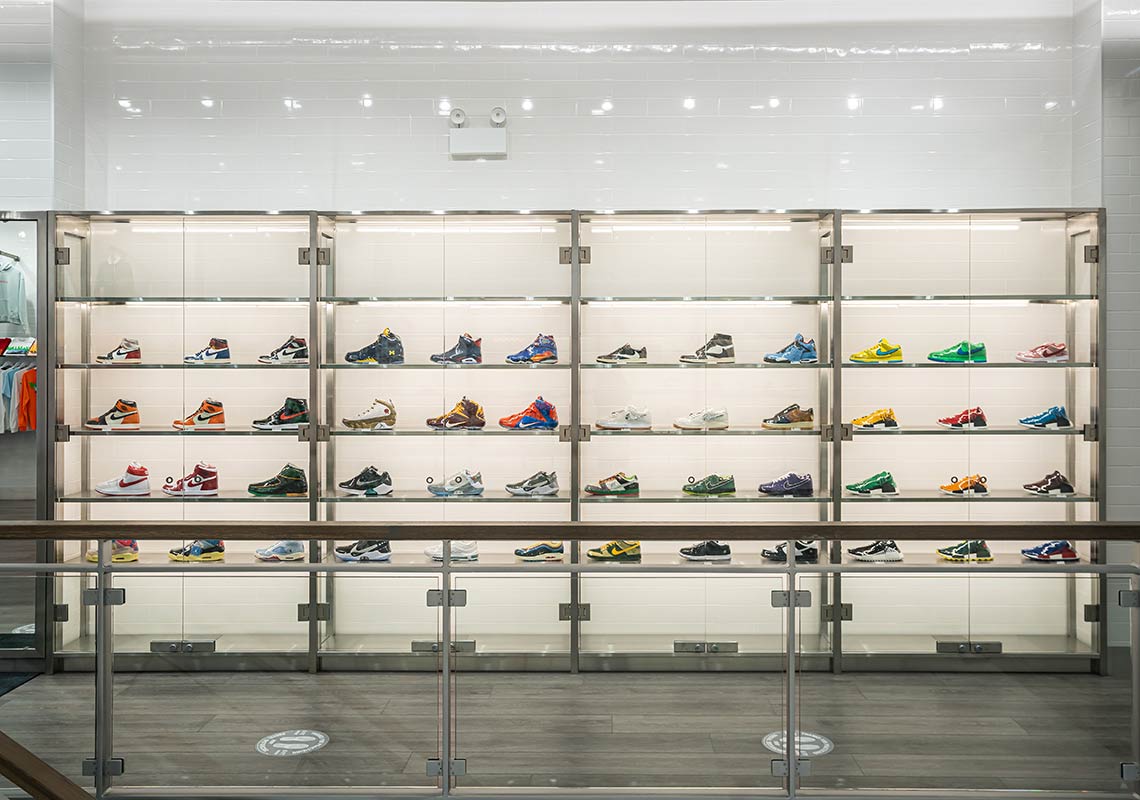 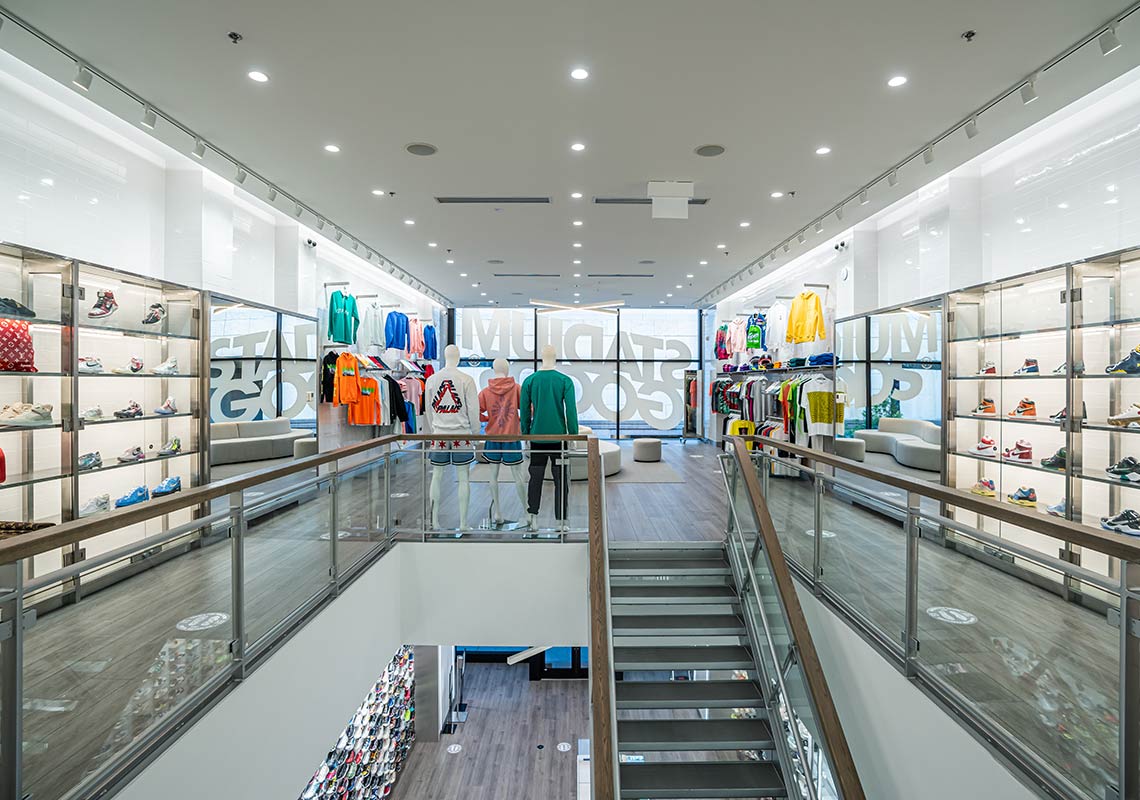 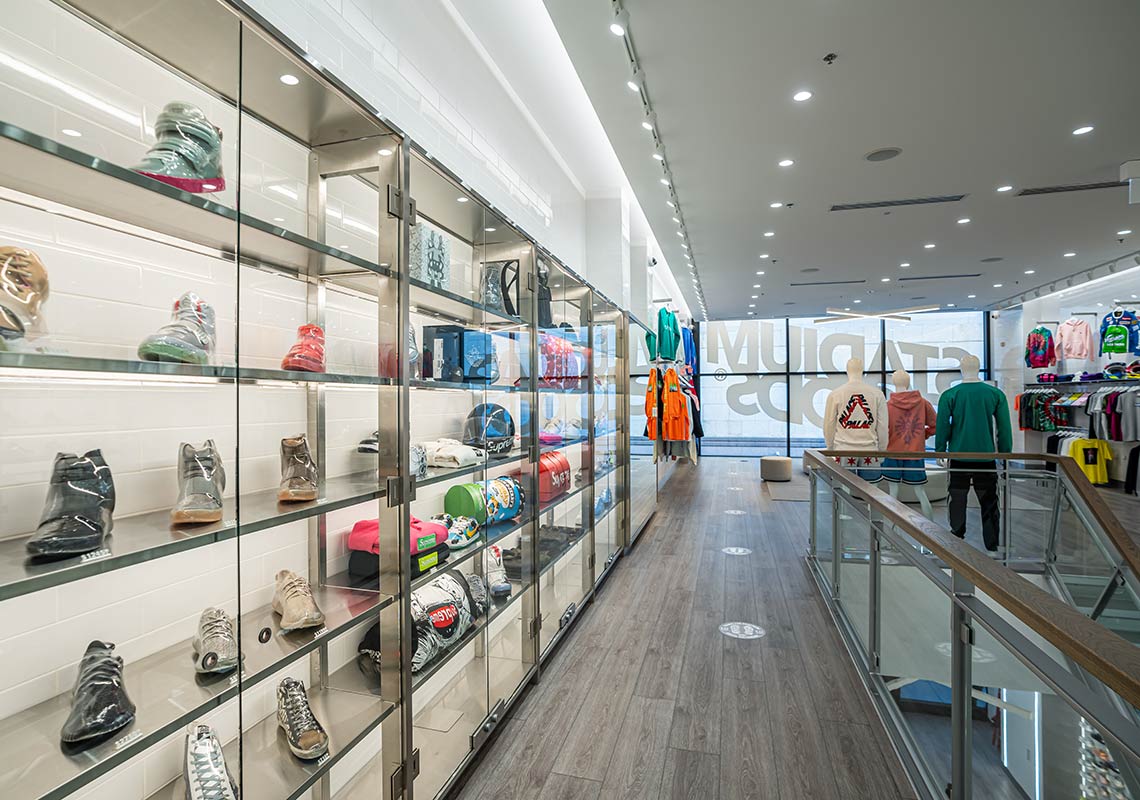