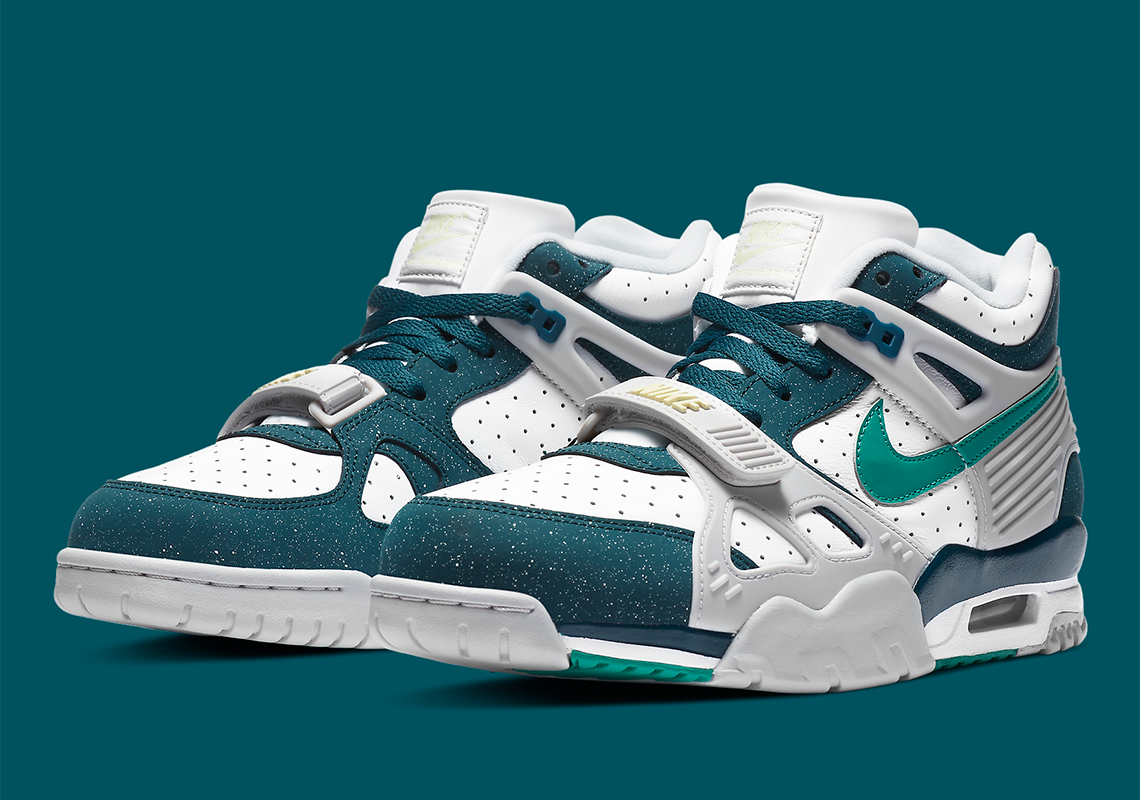 Throughout the first year of the new decade, the Nike Air Trainer 3 has revealed releases in small quantities which have involved retros of its “Olympic” and “Viotech” makeups, as well as reveals of striking iterations such as its forthcoming Dracula-themed iteration for spooky season. And to kick off the month of October, the silhouette is taking the time to unpack yet another inline installment that mixes both neutral tones with brighter accents.

To start things off, its base is composed with that of perforated leathers that are swathed with a clean white finish, and it’s caging which supports in areas such as the rear and across the forefoot deviate with a light grey exterior. However, the model’s most eye-catching features arrive through the overlays and the Swooshes which mix between darker shaded hues merged with white speckled wallpaper for the former, and nurse scrub greens for the latter. Check out a closer look here, and expect these to drop via Nike.com sometime in the upcoming weeks for the usual $130 USD. 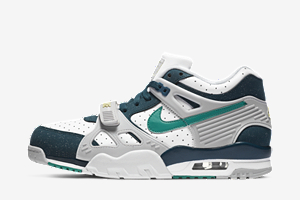 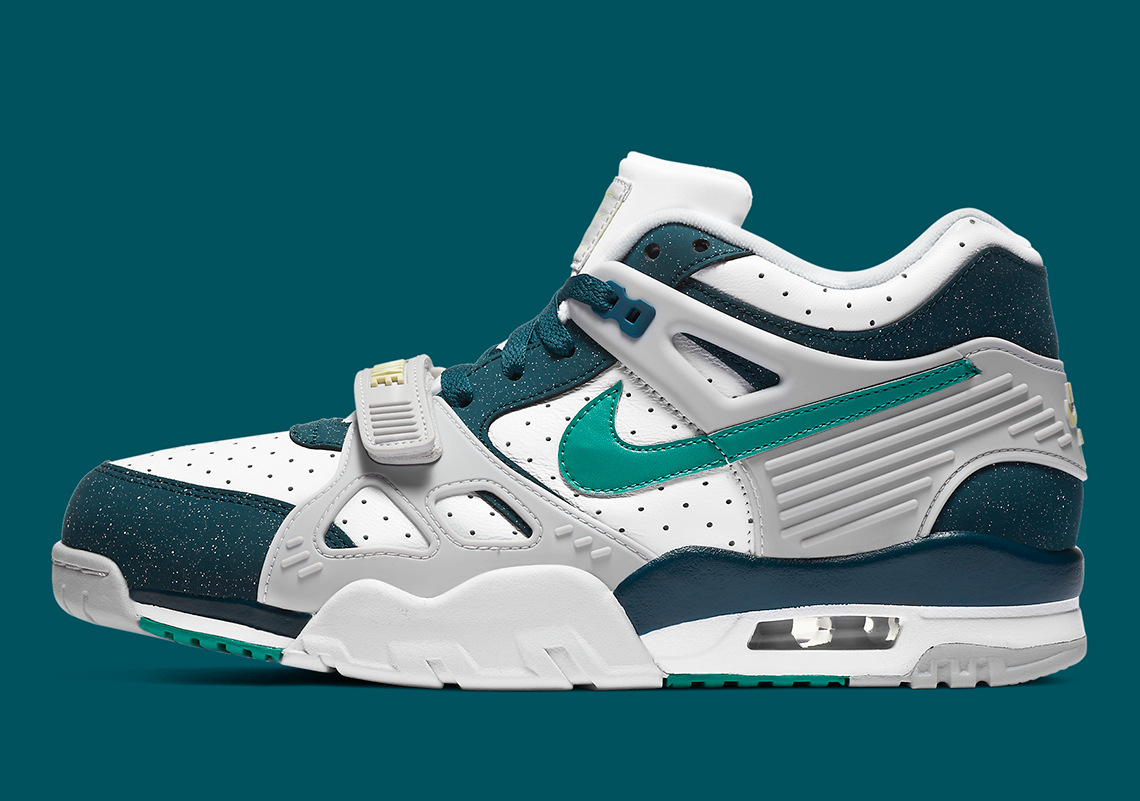 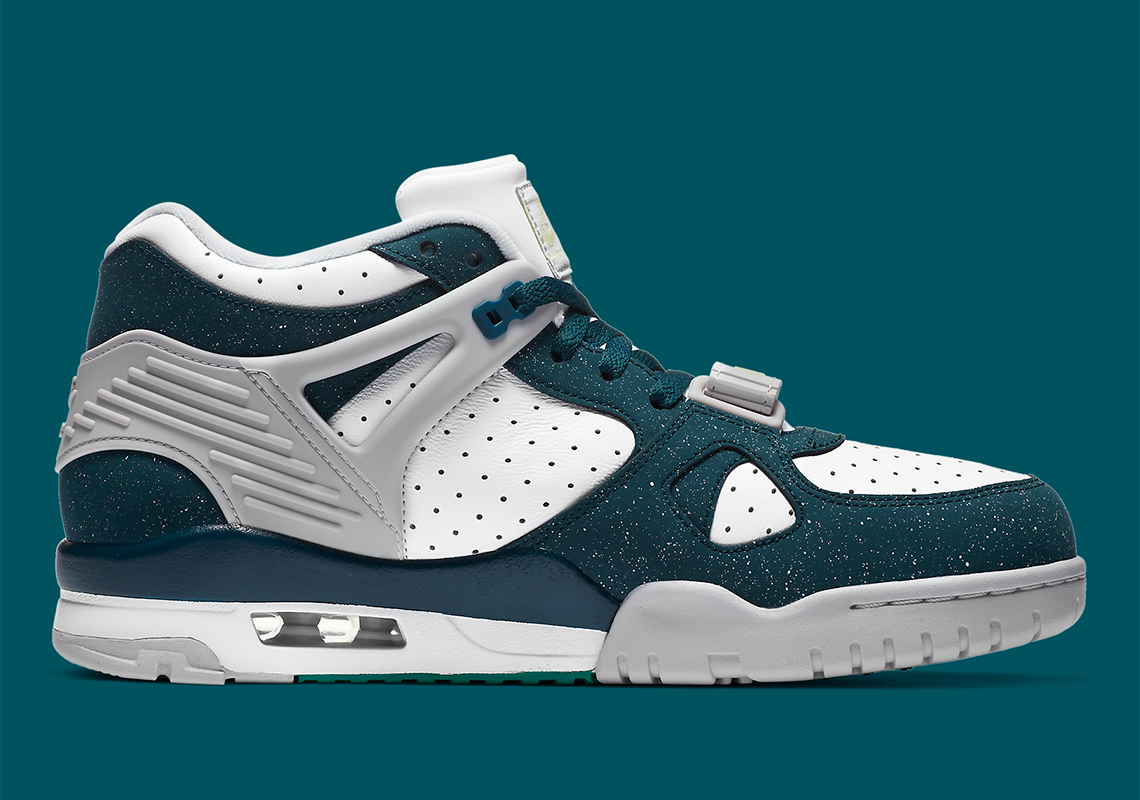 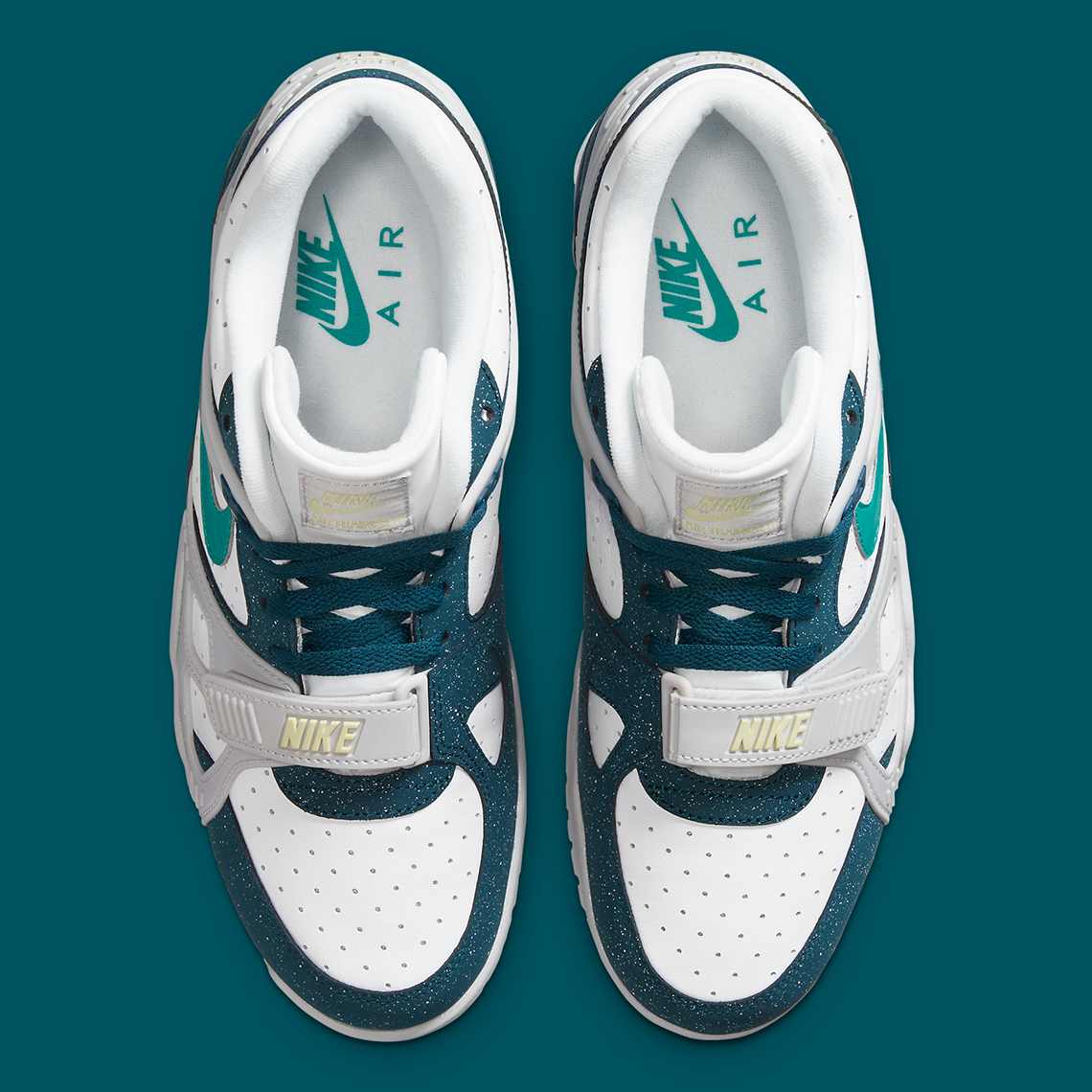 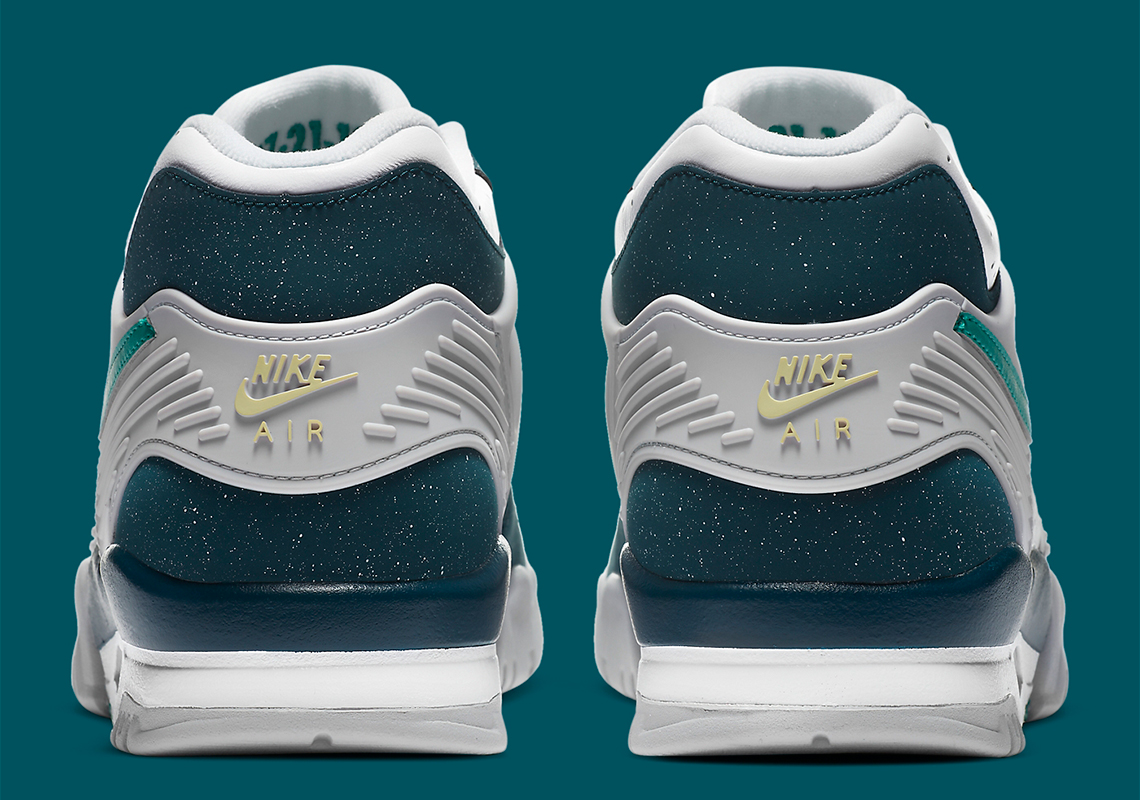 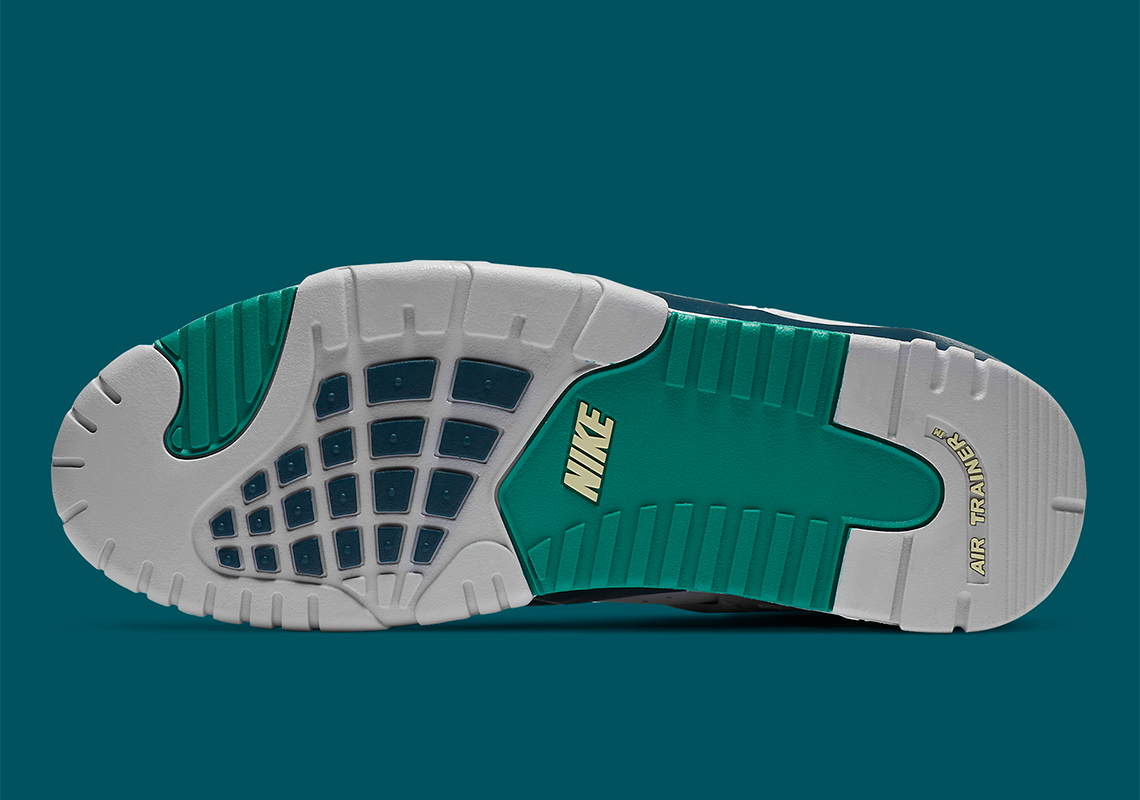 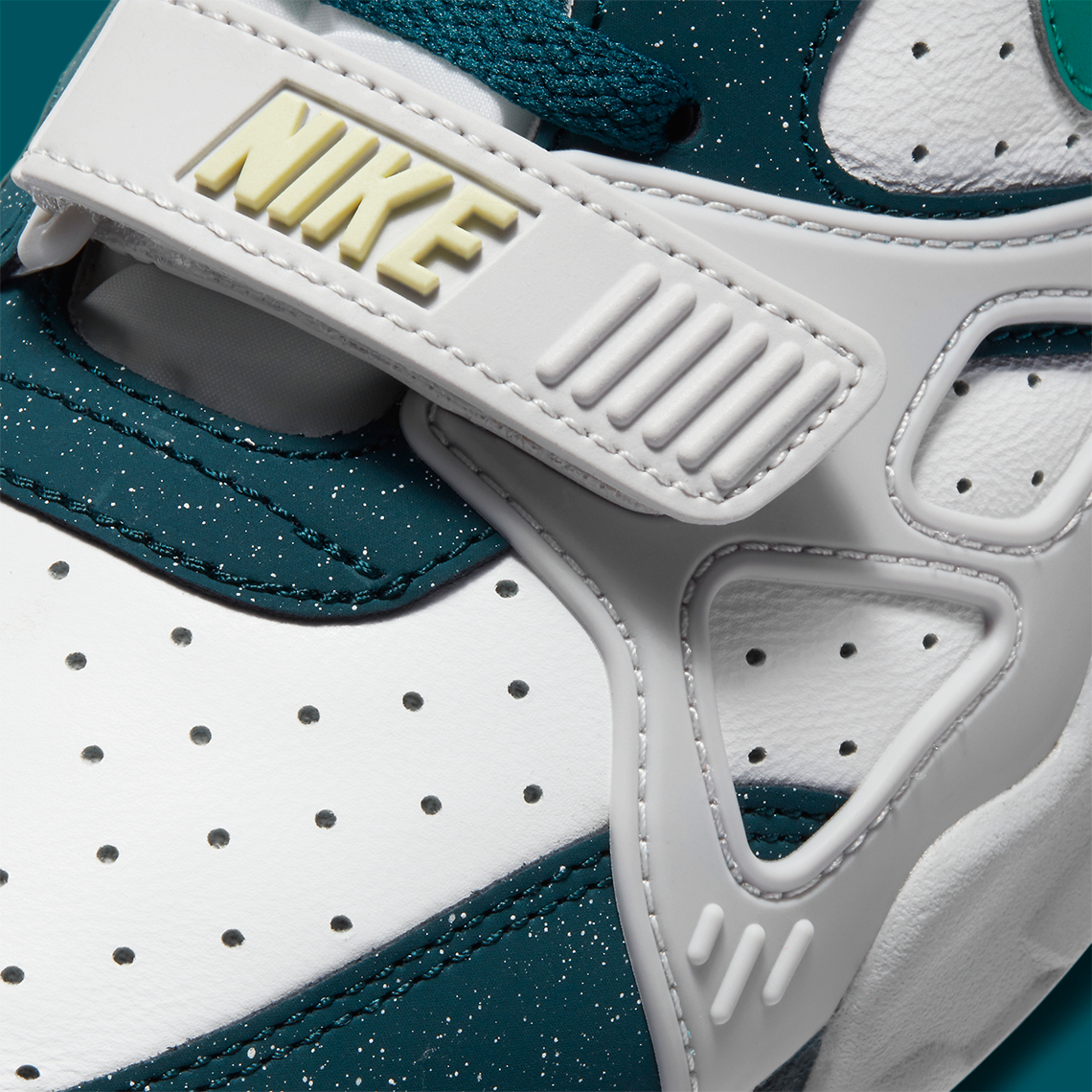 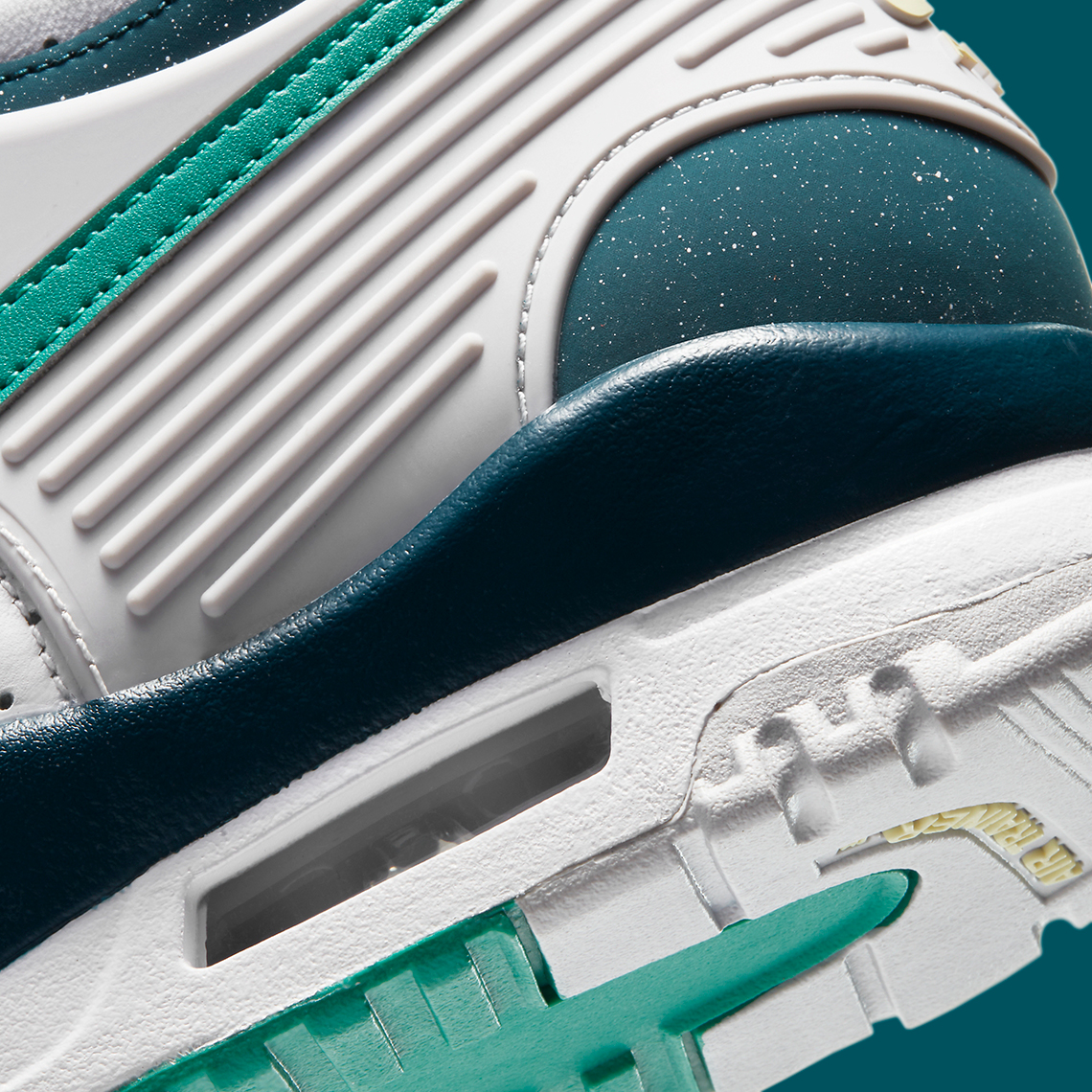