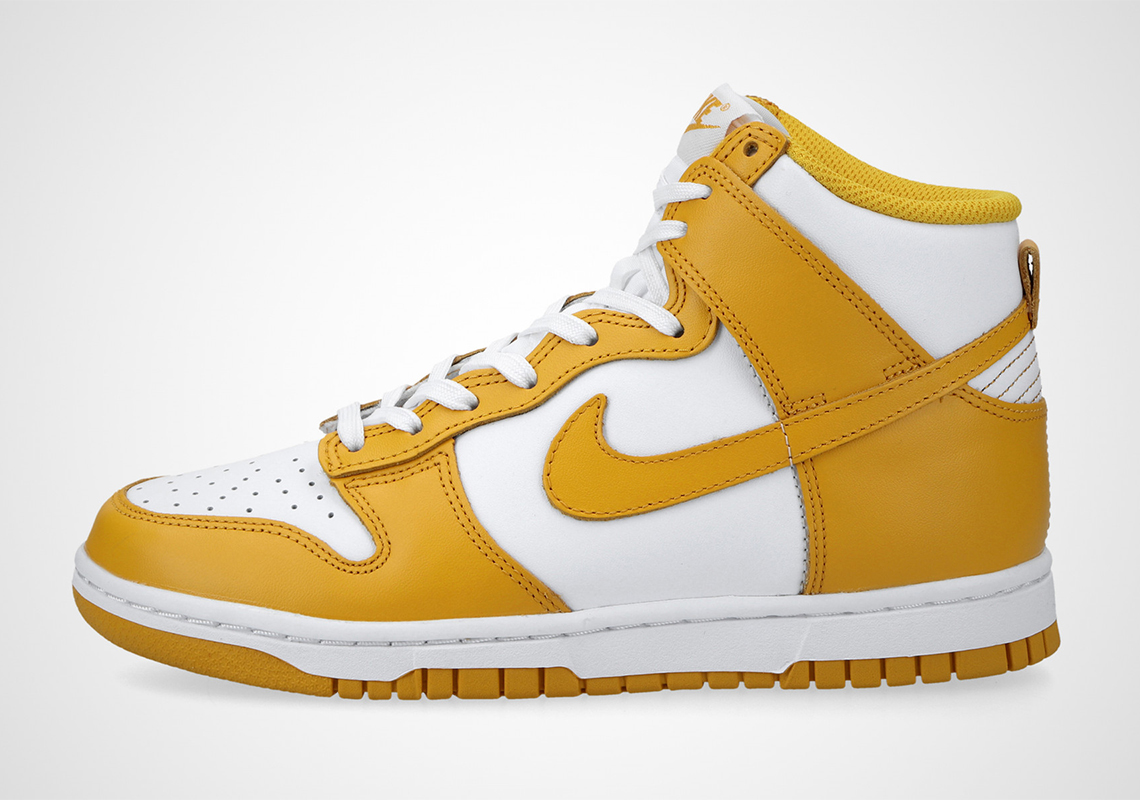 Where To Buy The Nike Dunk High “Dark Sulfur”

Whether or not you’ve been able to get your hands on a pair of Nike Dunks yet, the Swoosh seems to show no sign of hesitation in crafting new pairs for all to push their luck for—although a handful of release dates have been met with delays. Finally, the women’s Nike Dunk High “Dark Sulfur” first teased last year, is ready for an official drop this month.

The two-tone arrangement has often been compared to the Dunk High “Varsity Maize” due to their sharing of yellow accents. However, the “Dark Sulfer” pair sticks to a simple white and yellow mix, while the past release incorporates black panels. The yellow used on this pair is also not as vibrant, leaning towards more of a mustard yellow shade. As with several other Dunk variations, the tongue label opts for a white background to match the tongue and colors the Nike logo on it in Dark Sulfur. Furthermore, Dark Sulfur appears on the stitching details found near the heel, which are often in white to match the uppers. The aforementioned yellow is reapplied to the outsole to complete the look.

Take a closer look at the Dunk High below as you have your fingers crossed for a W when they drop later this month for $110.

For more on the 2021 fan-favorite silhouette check out the 4/20-ready Nike SB Dunk High “Maui Wowie.” 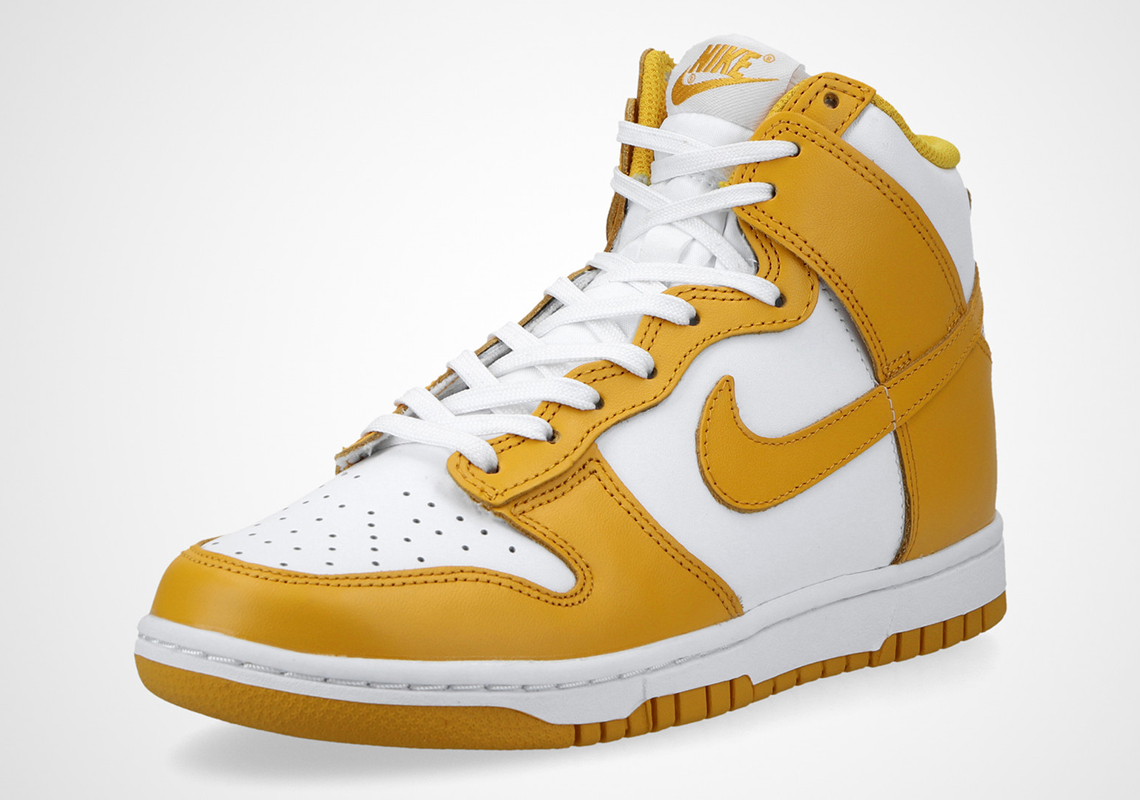 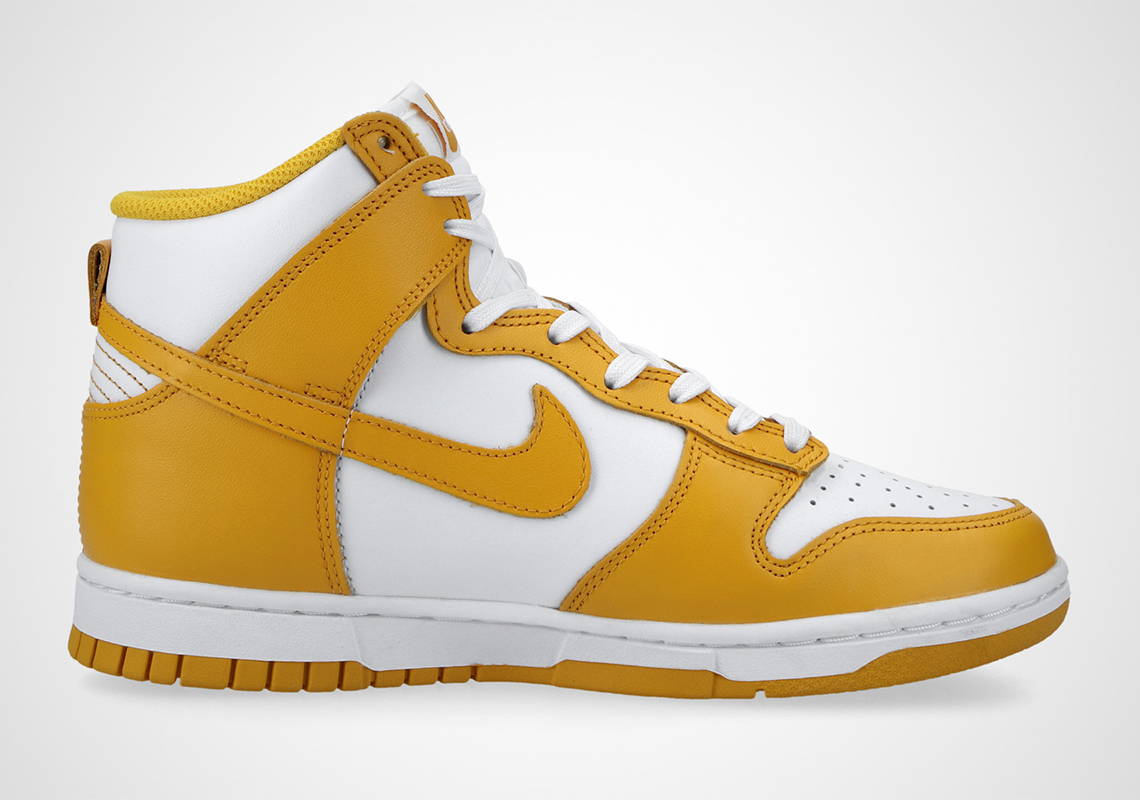 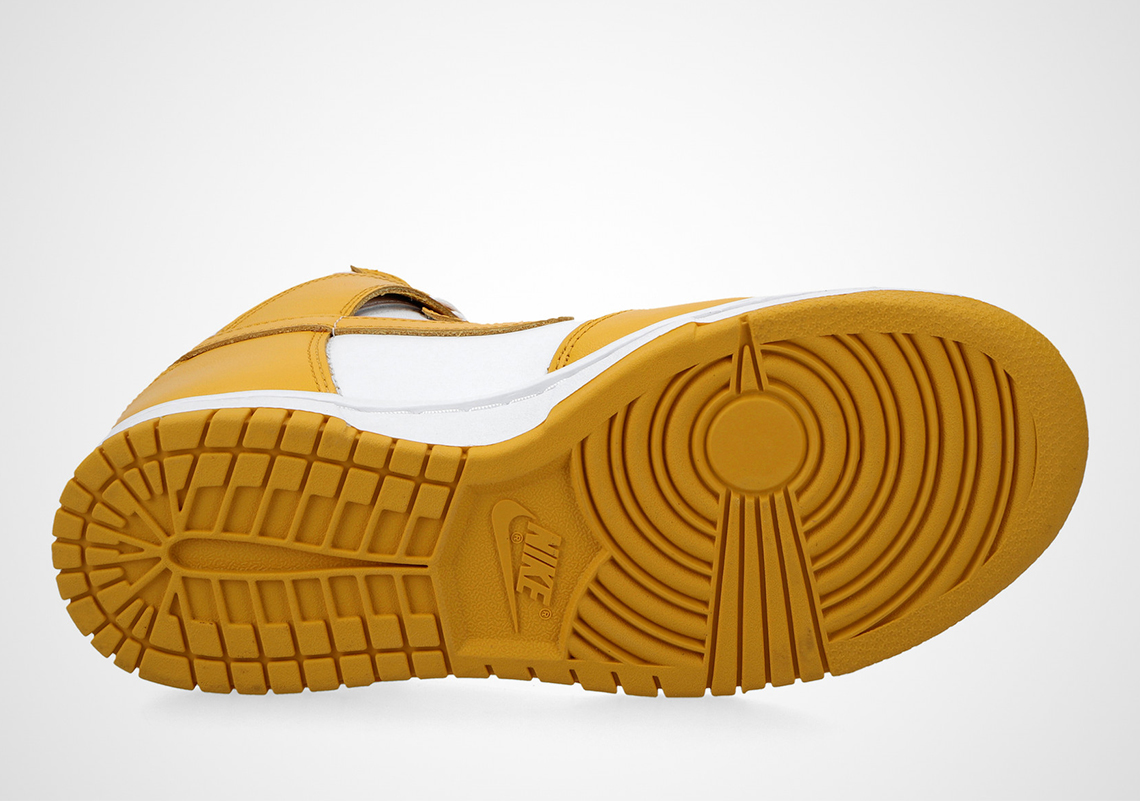 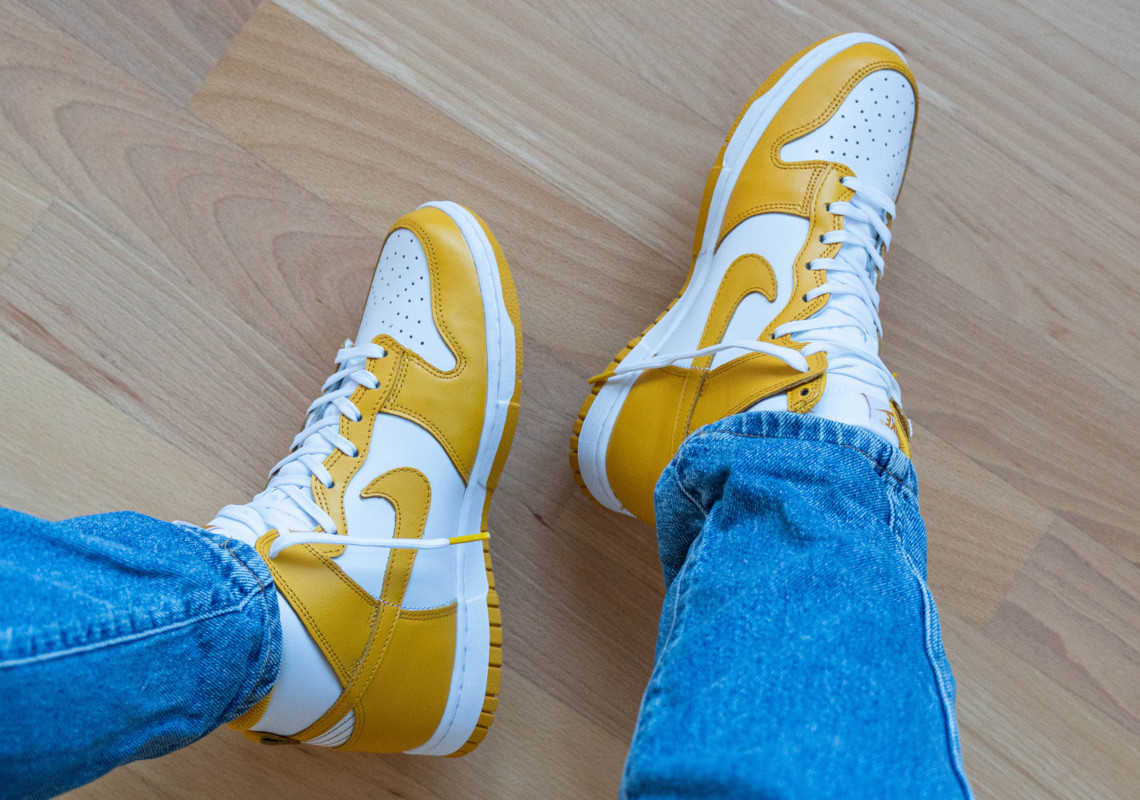 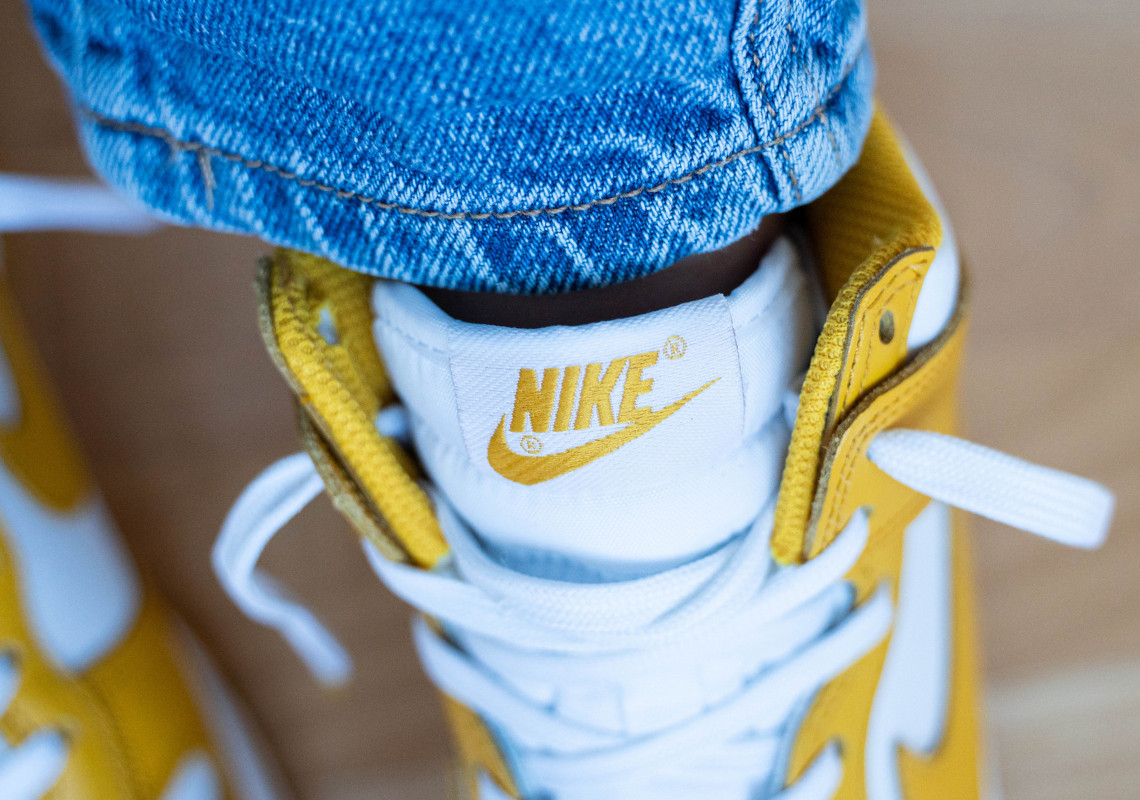