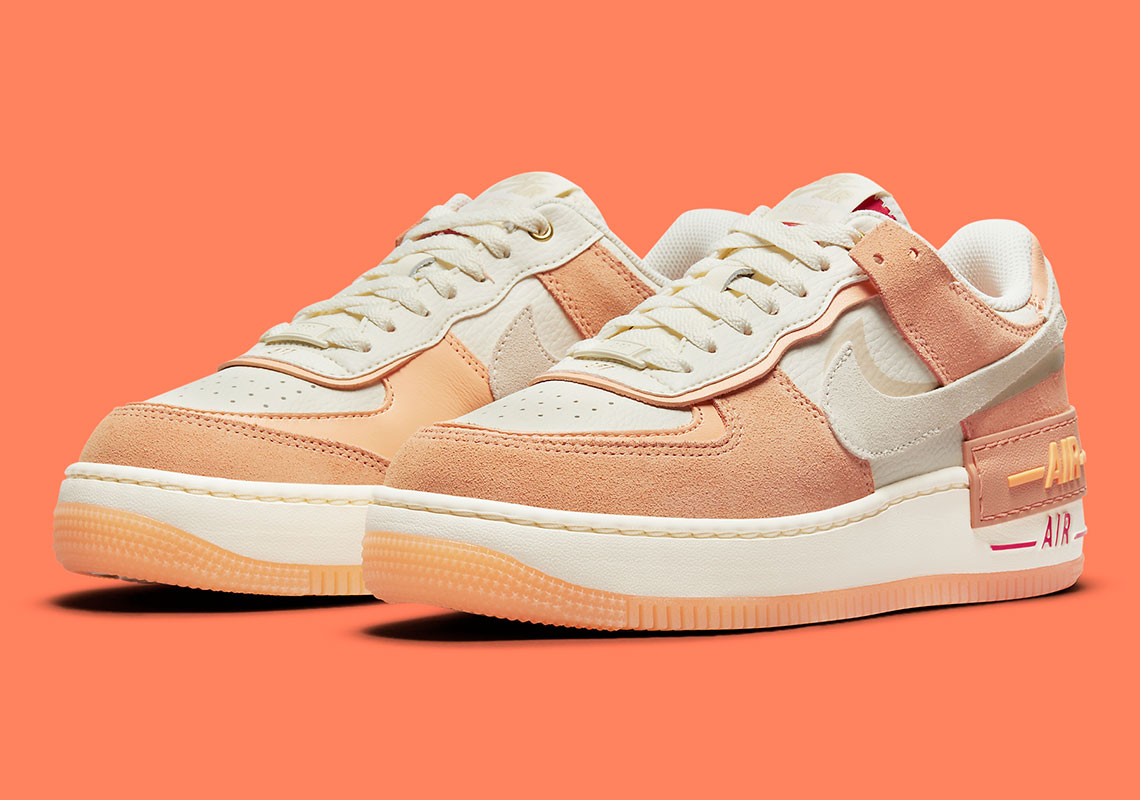 As a key player in all things sportswear-related, Nike understands and embraces the power of unity in sports. The brand’s recently-revealed “The Great Unity” Pack, for instance, views the concept of inclusivity in sports via the lens of Chinese philosophy. Nike continues to explore unity by channeling Gen Z sisterhood on a creamsicle-colored Nike Air Force 1 Shadow.

The women’s-exclusive Air Force 1 iteration indulges in a “Cashmere/Orange” fitting reminiscent of the aforementioned sweet treat—fitting for the current summer season. An off-white “Cashmere” shade tints the tumbled leather uppers and lacestays, with the same tone applied to the suede profile Swooshes and heel tab. Coral suede and smooth leather overlays are found throughout the style to offset the rather neutral hues. Attached to the laces is a gold pendant shaped like an orange slice that reads “SISTER.” This fun addition is inspired by Gen Z sisterhood, which is all for championing women’s empowerment. The fruit-shaped insignia is printed on the insole as well. To round out the look, a cream-colored sole unit uses translucent orange rubber on the perimeter of the outsole for a vibrant touch.

Enjoy official images of the Air Force 1 Shadow below, which will be available at the listed retailers on August 1st with a price tag of $120.

in other Swoosh-related news, the Nike Blazer Low Is getting a gleaming “Speed Yellow” colorway. 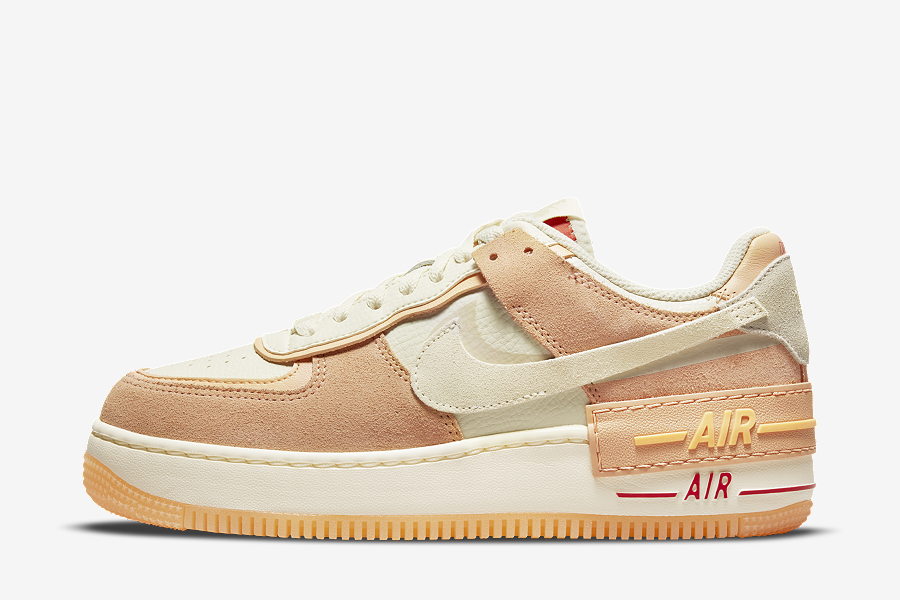 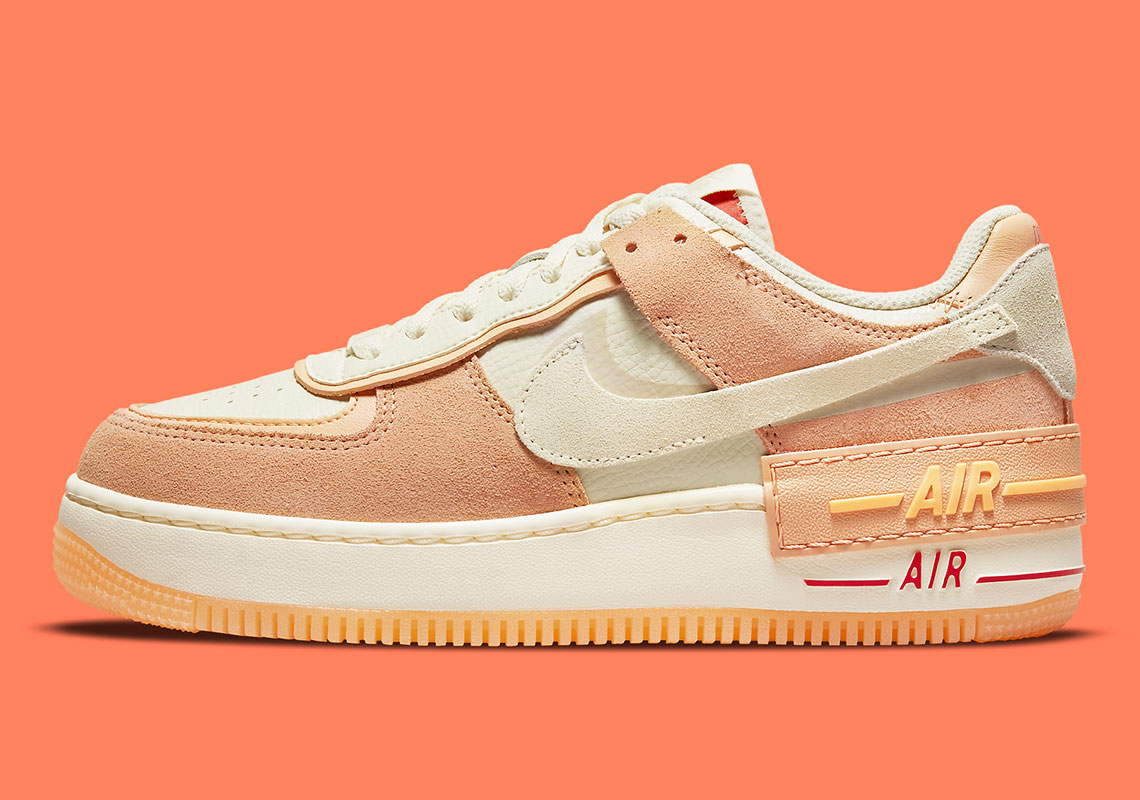 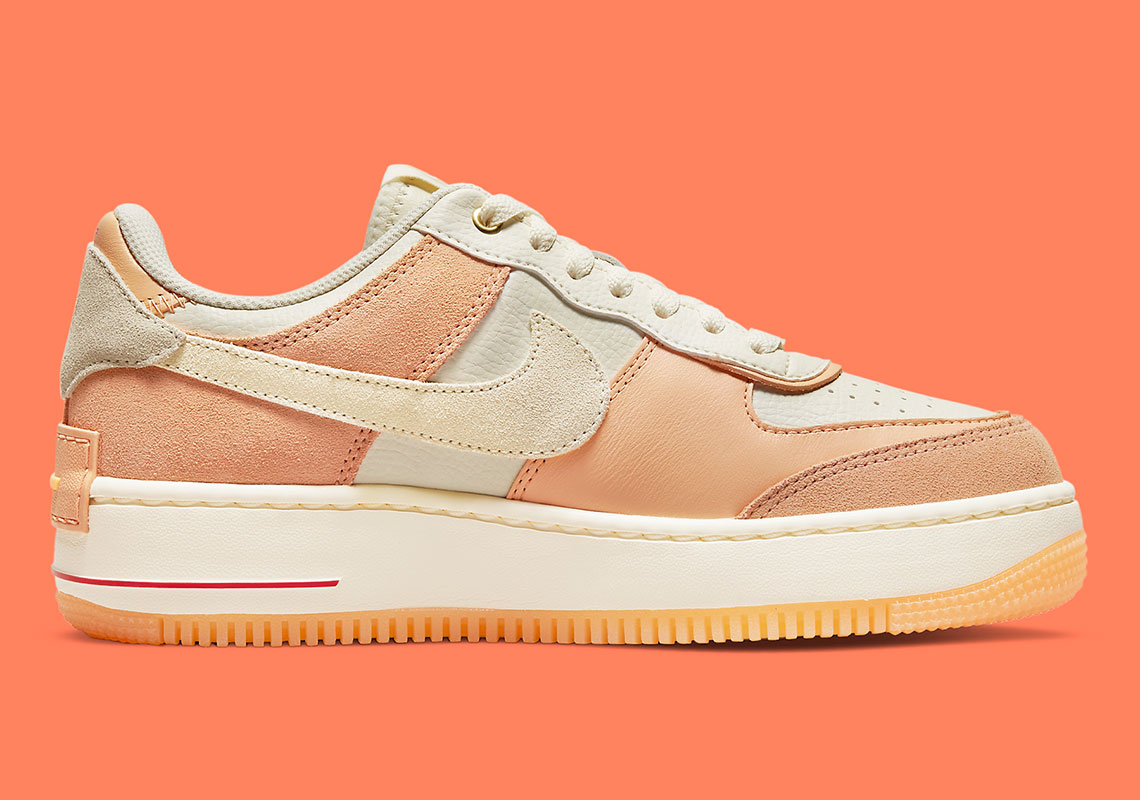 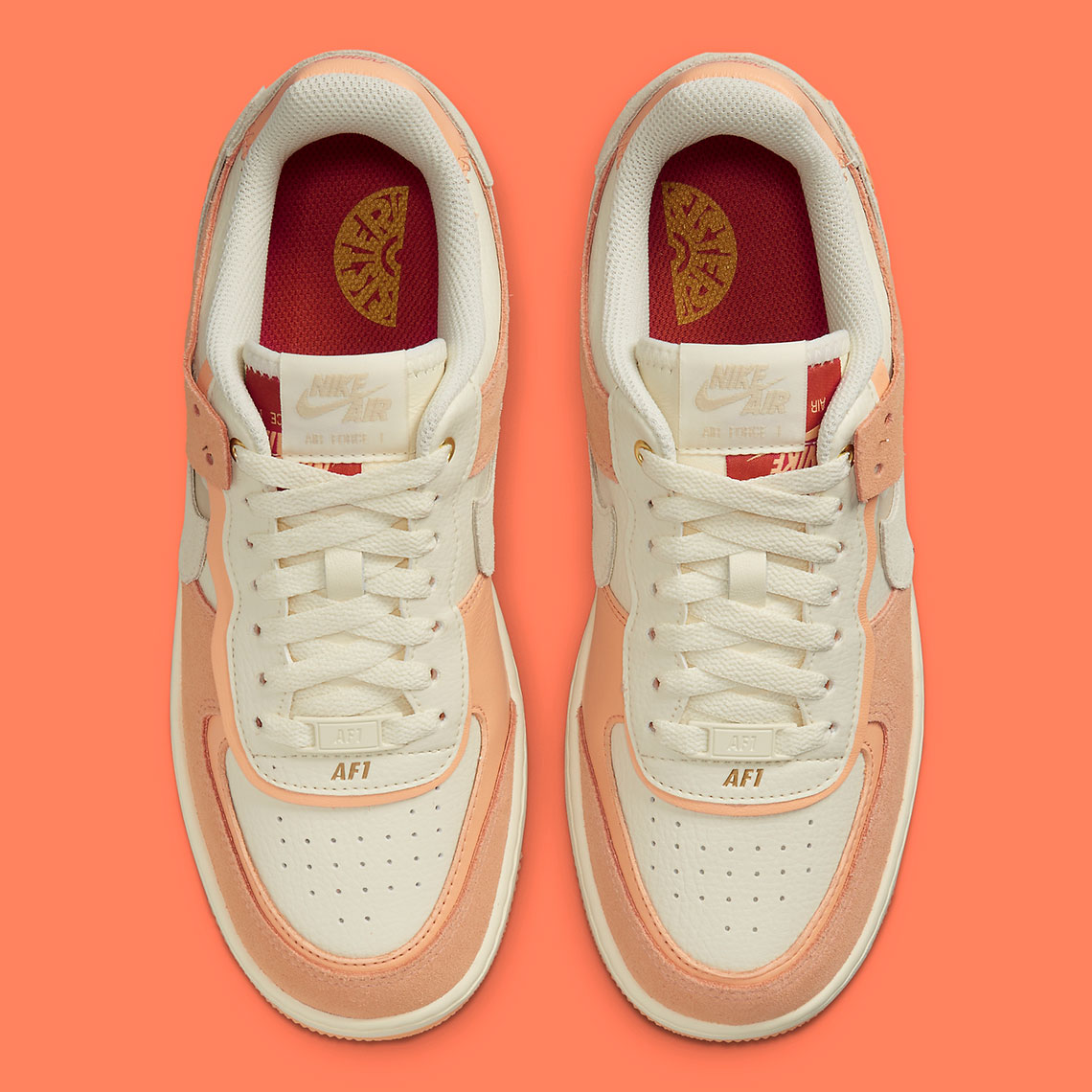 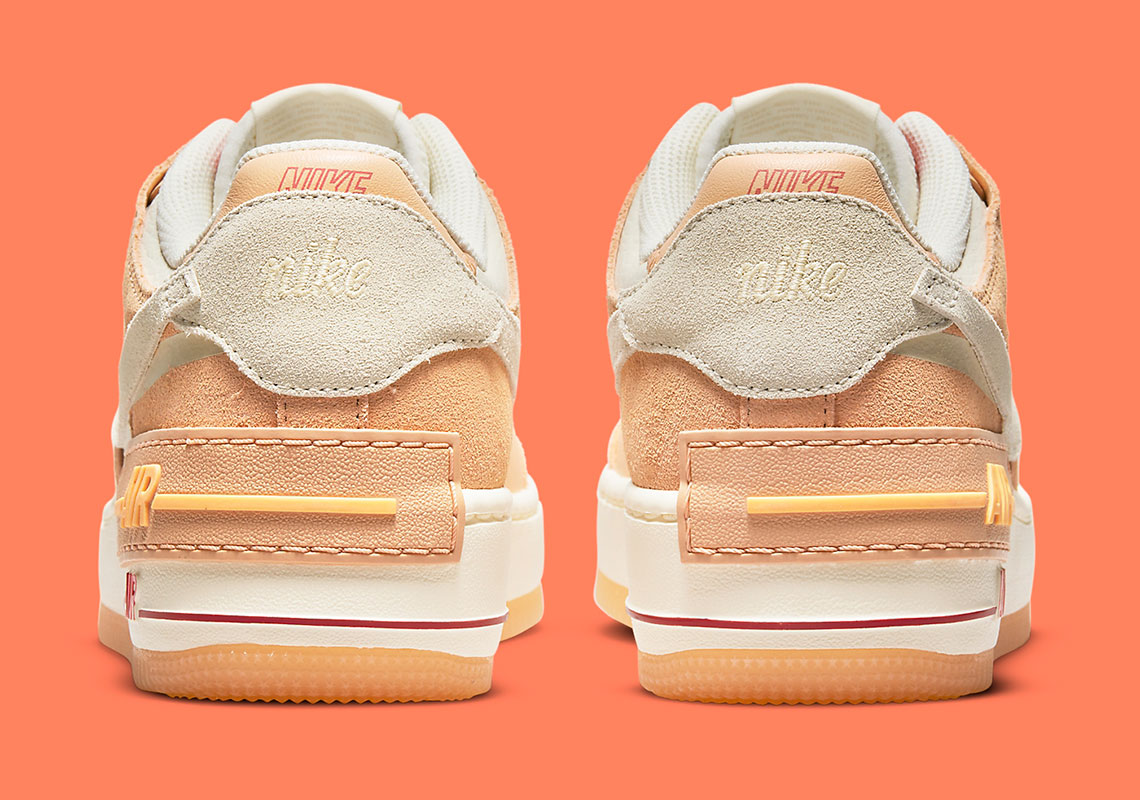 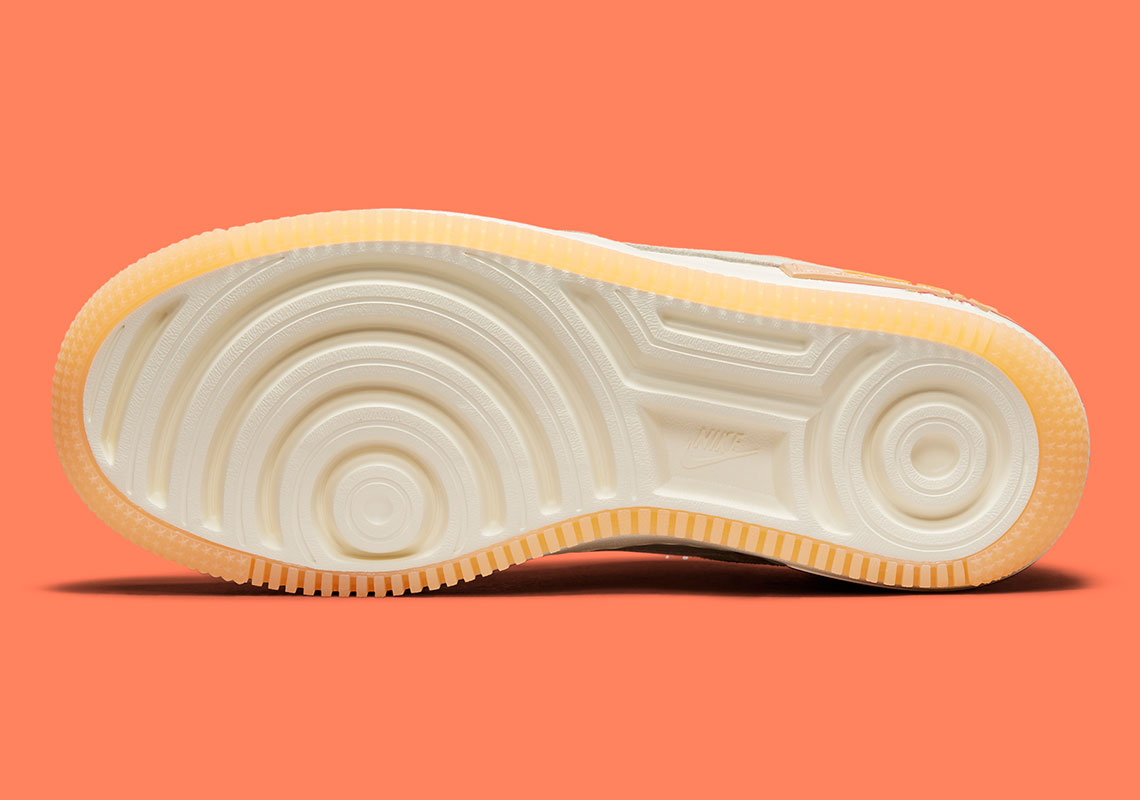 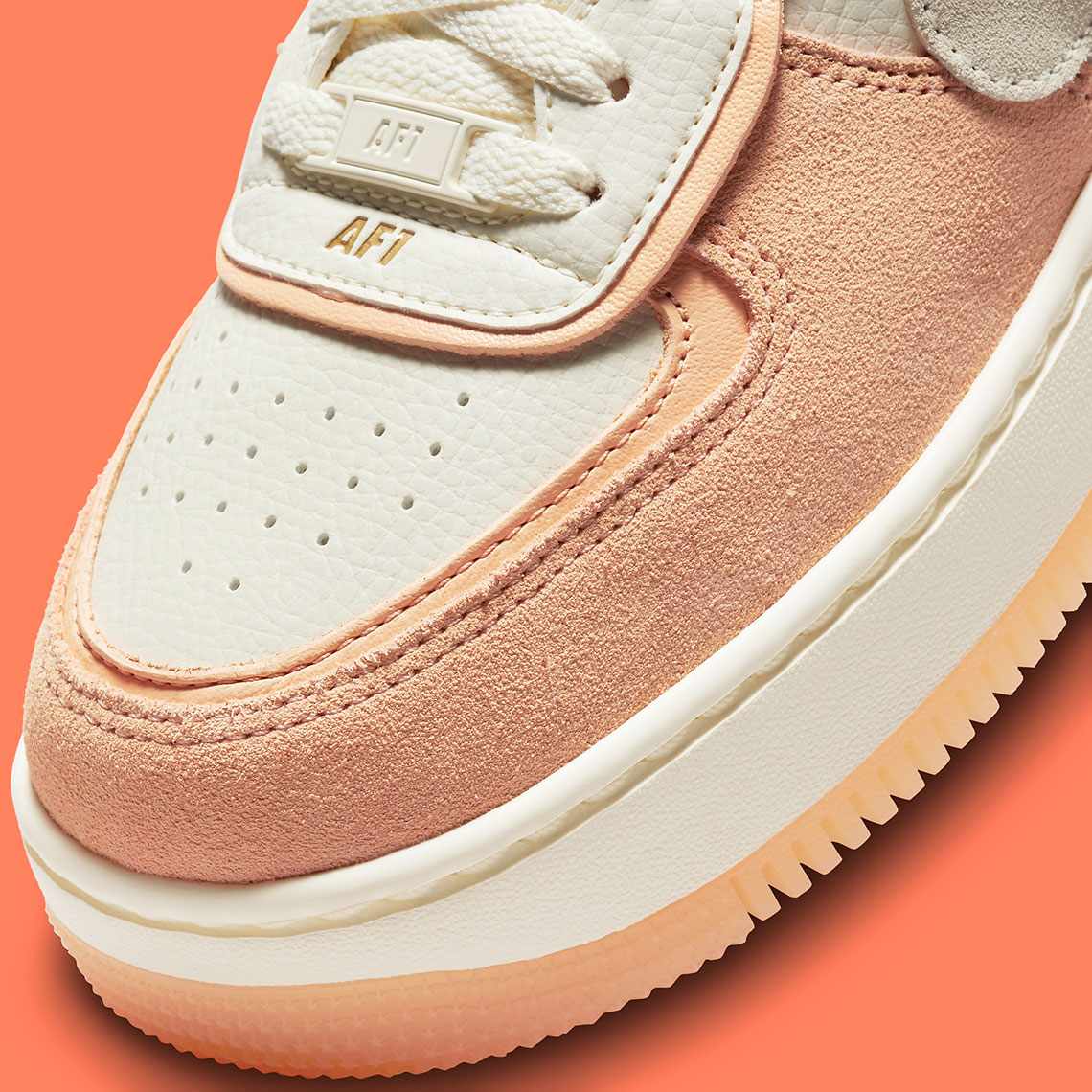 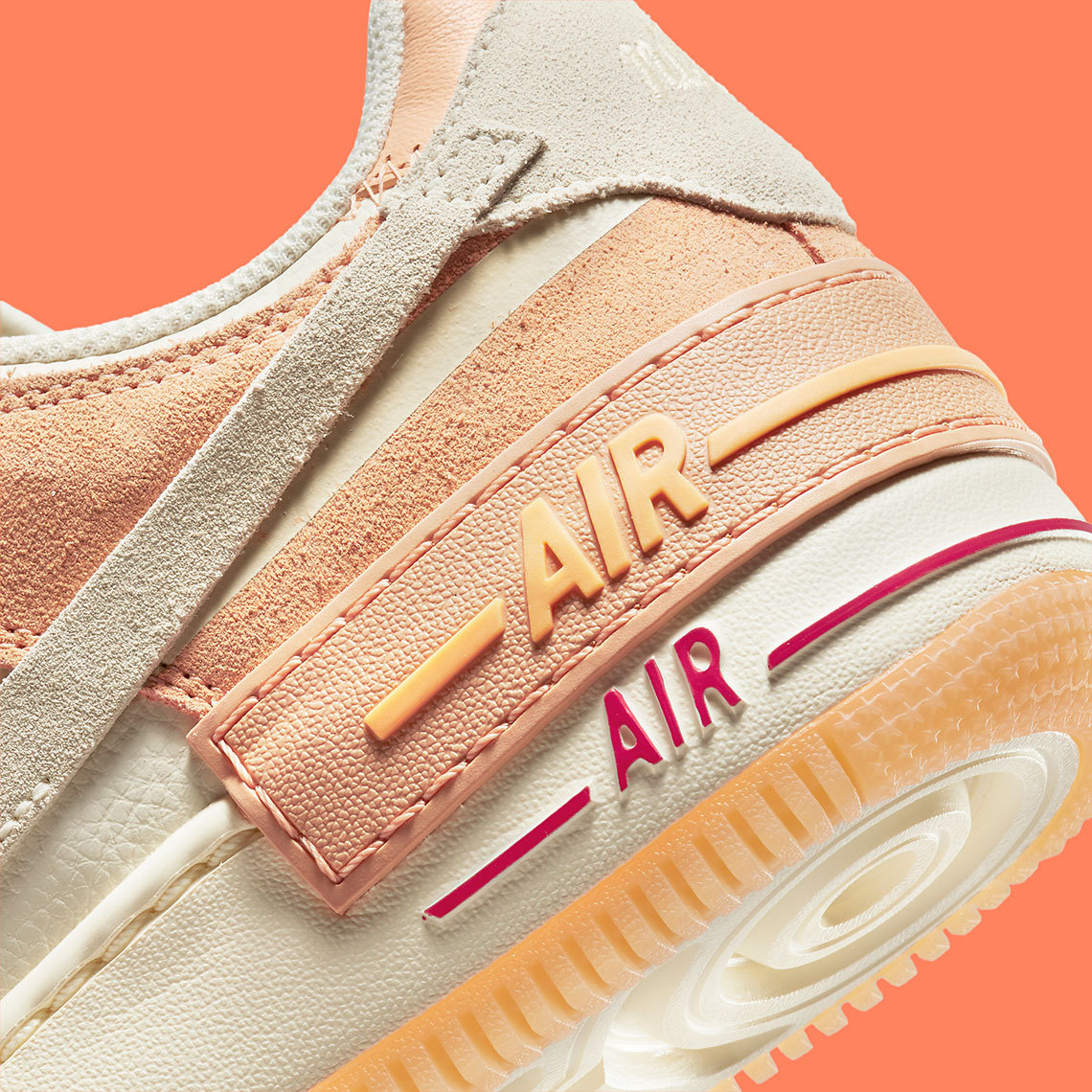 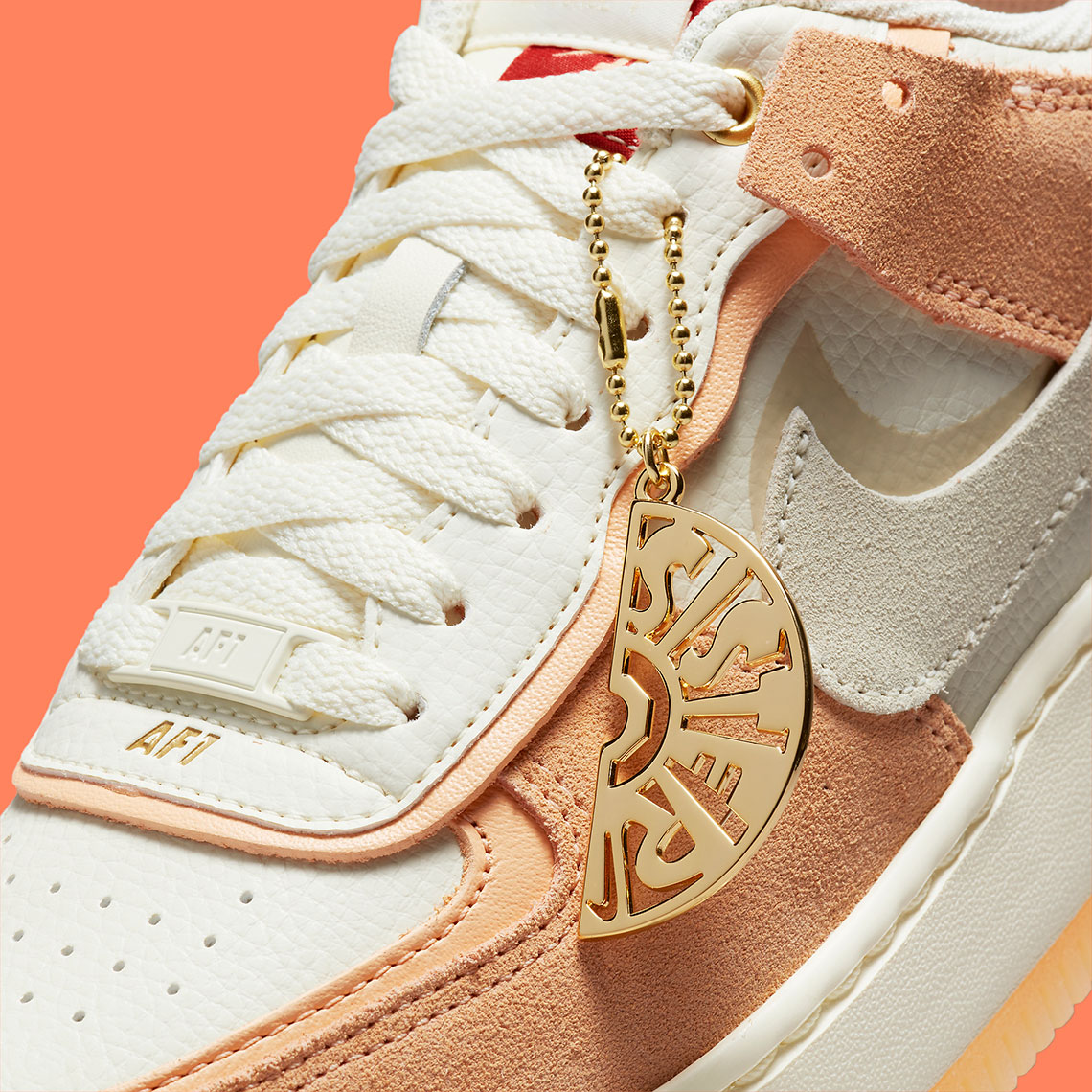