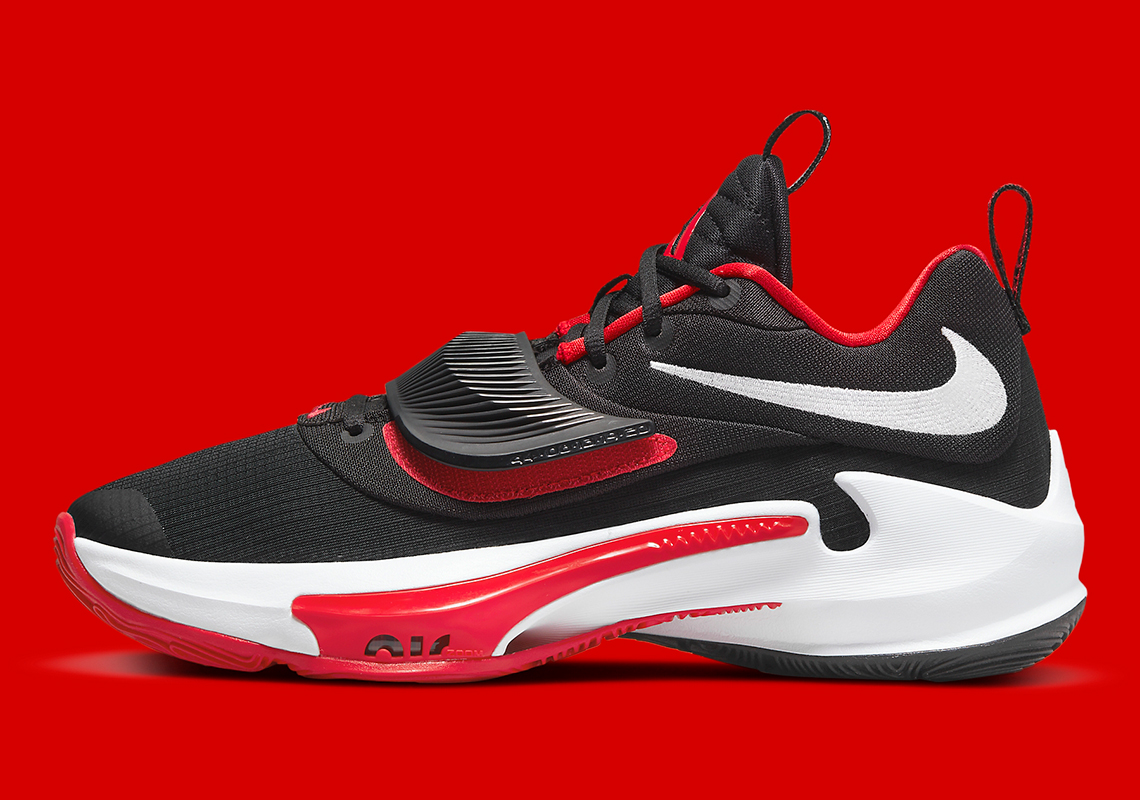 It doesn’t matter the shoe nor the sport – black and red will always be a timeless colorway. But that bodes especially true for basketball footwear due to the heroics of Michael Jordan, whose footwear is best remembered in the sultry pairing of Chicago colors. Even if the athlete doesn’t play for the Bulls, you can see the excellence of MJ shine through onto the footwear like it does here on Giannis Antetokoumpo’s Nike Zoom Freak 3.

Expected to release in early 2022, this Nike Zoom Freak 3 makes use of impeccable color-blocking, accenting the black upper with red on the strap adhesive, logos, interior lining, and outsole. The embroidered white Swoosh harkens back to the 90s era of Nike Basketball footwear, while the white midsole only reminds us of the Air Jordan 11. Is there a firm connection between this Zoom Freak 3 and the Air Jordan legacy? Likely not, but the latter’s influence on basketball footwear can’t be contested.

Expect this Zoom Freak 3 at Nike Basketball retailers soon for $120. 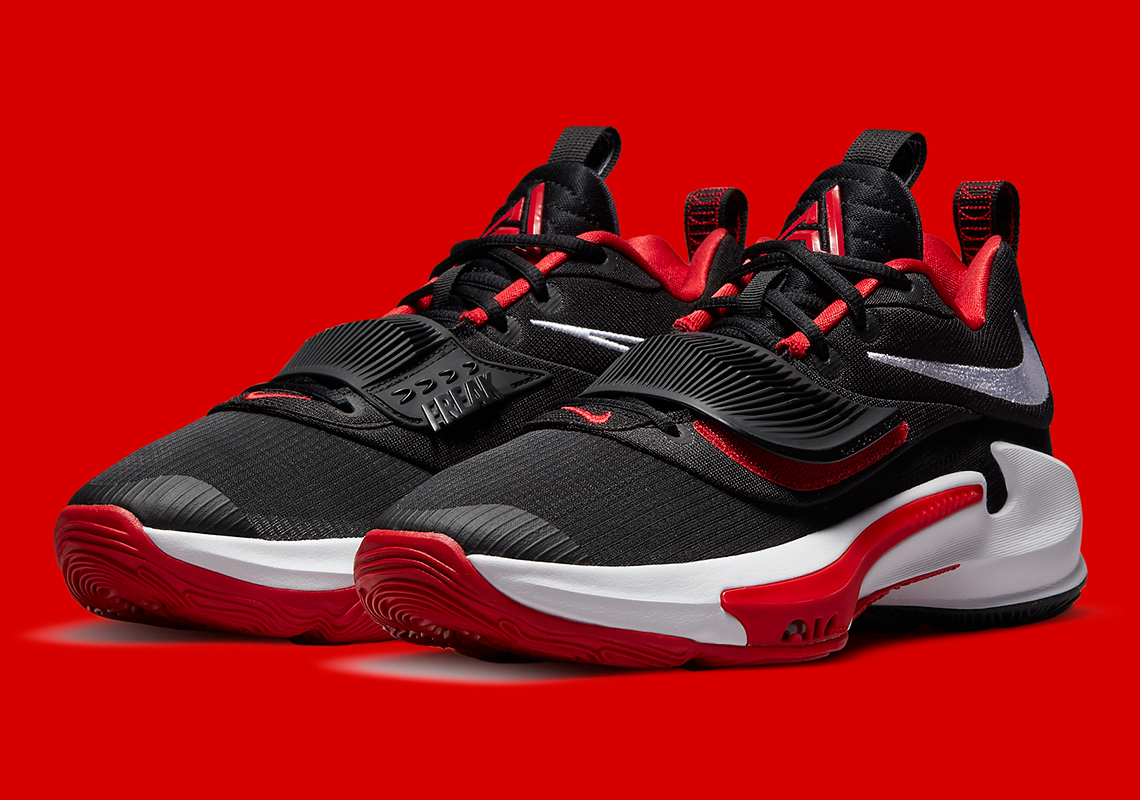 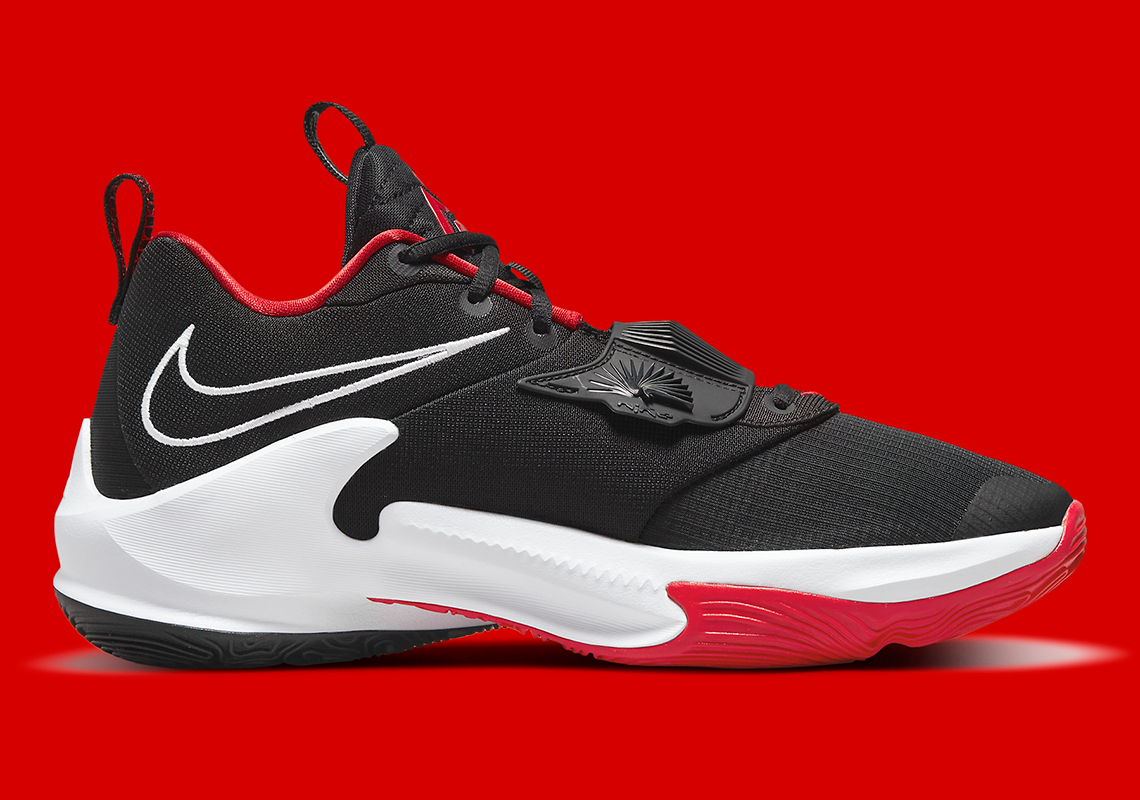 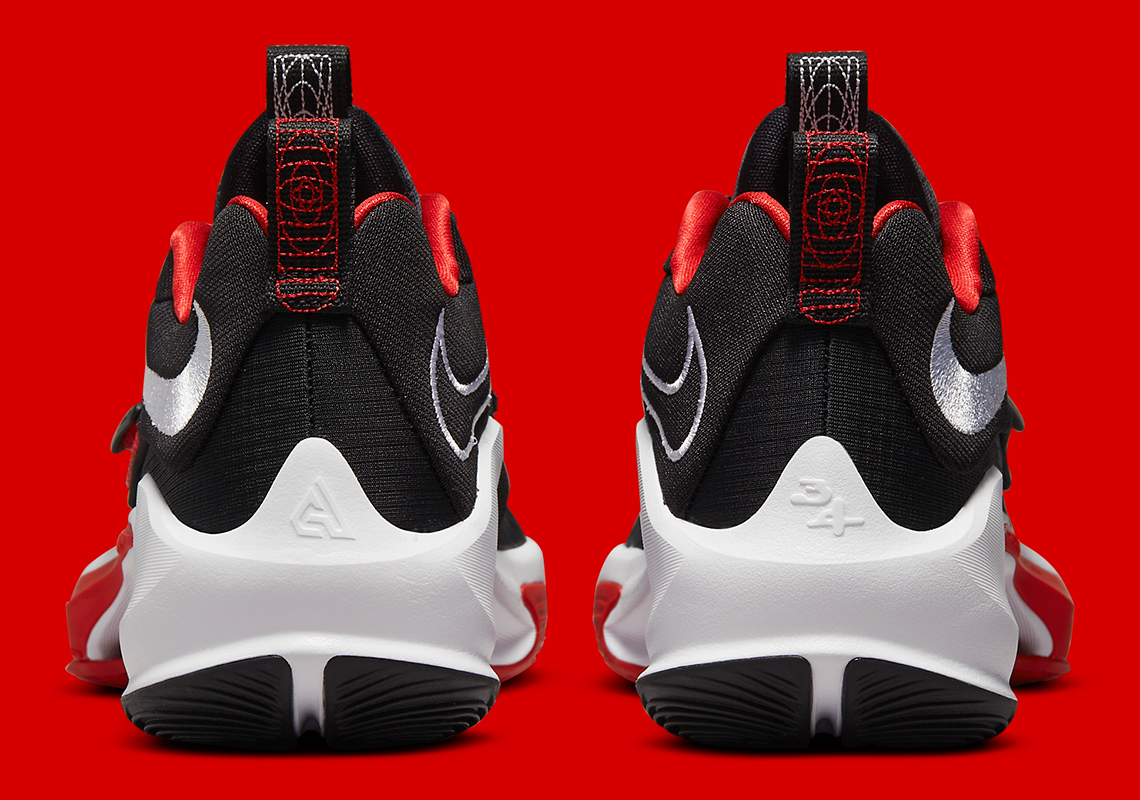 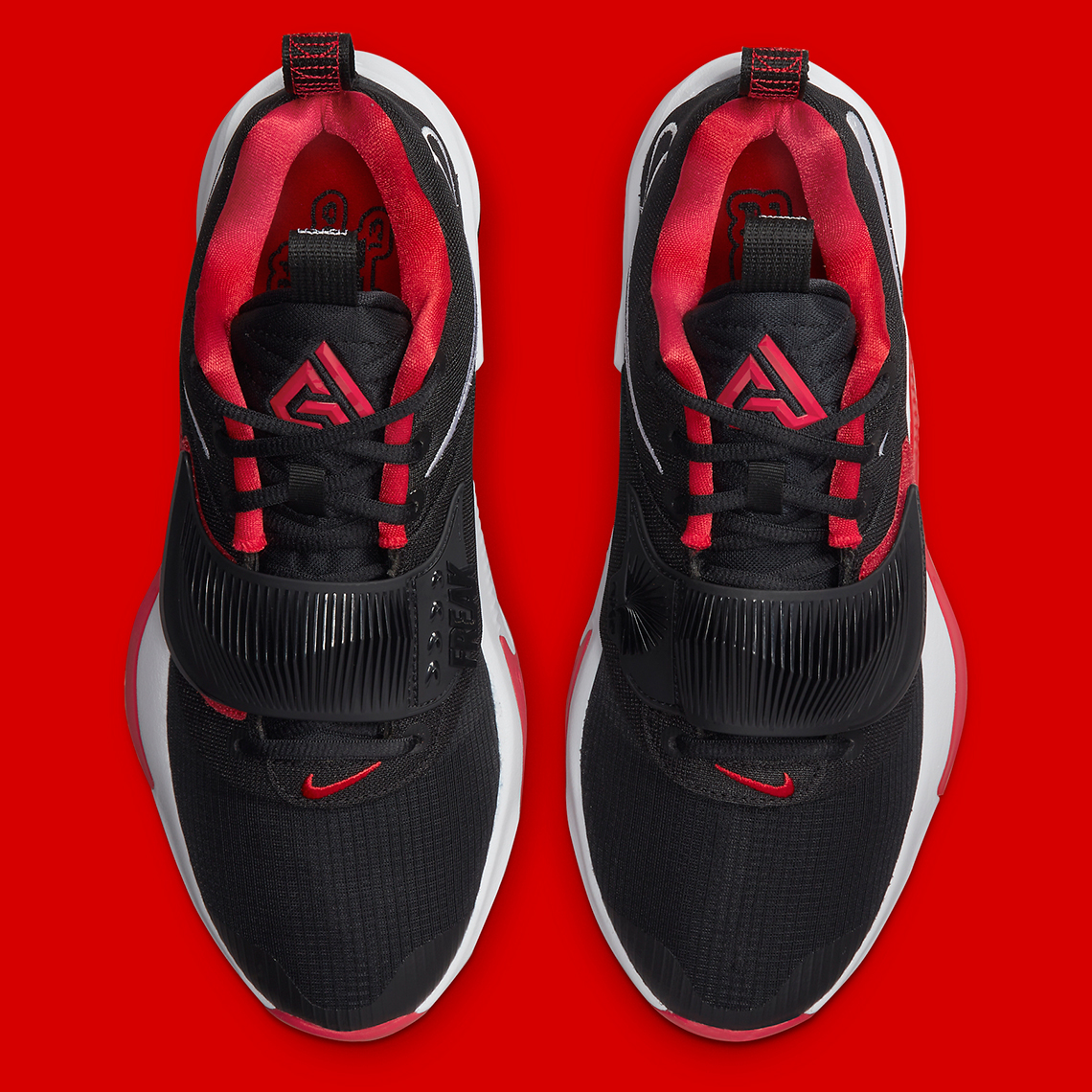 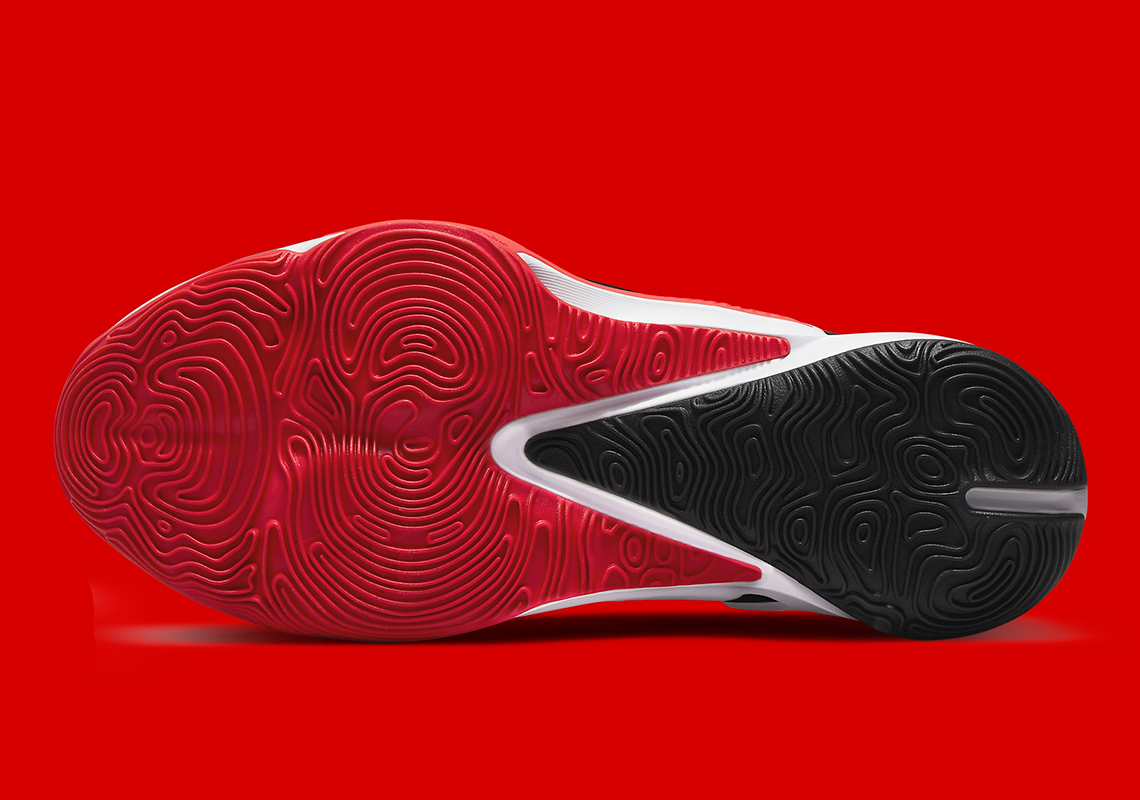 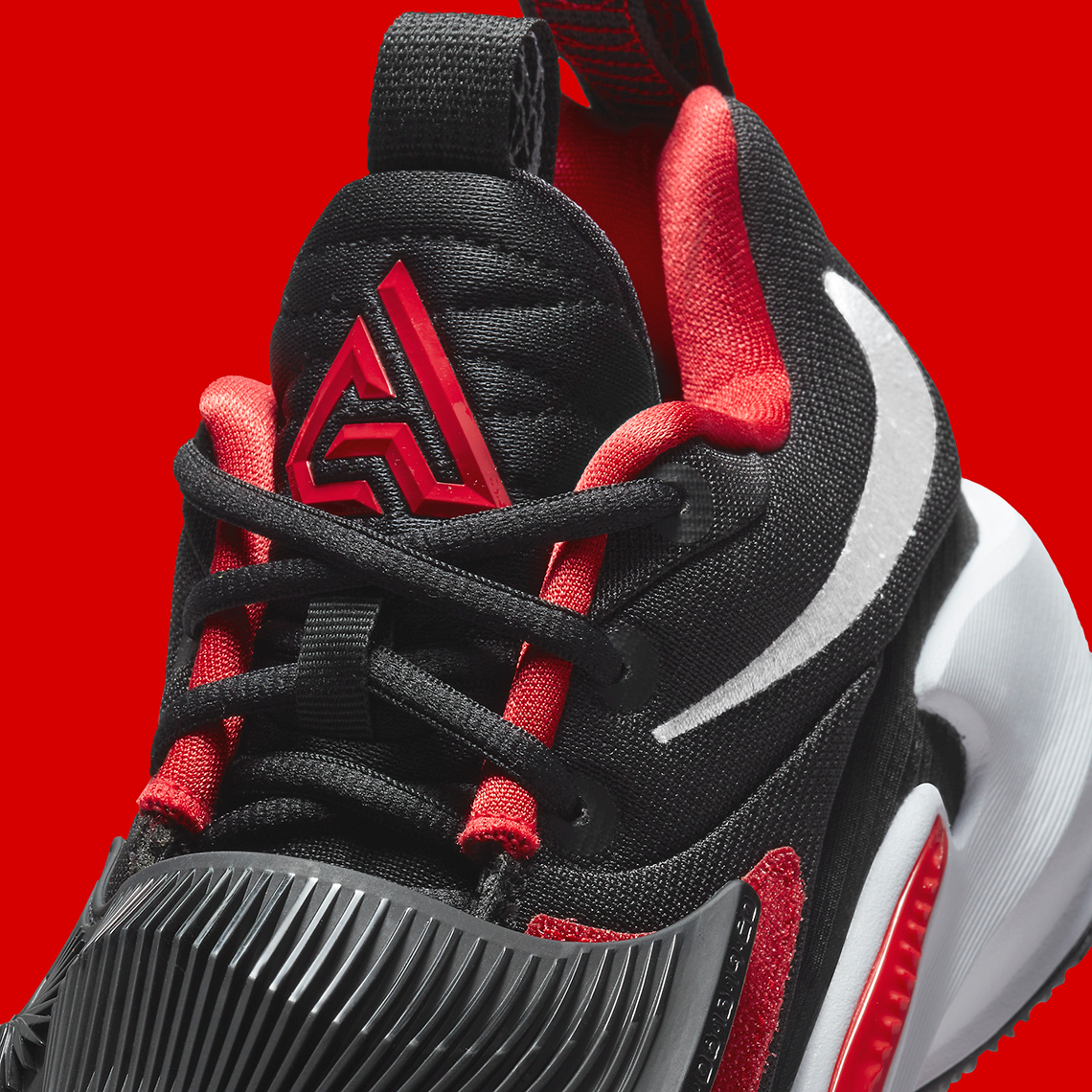 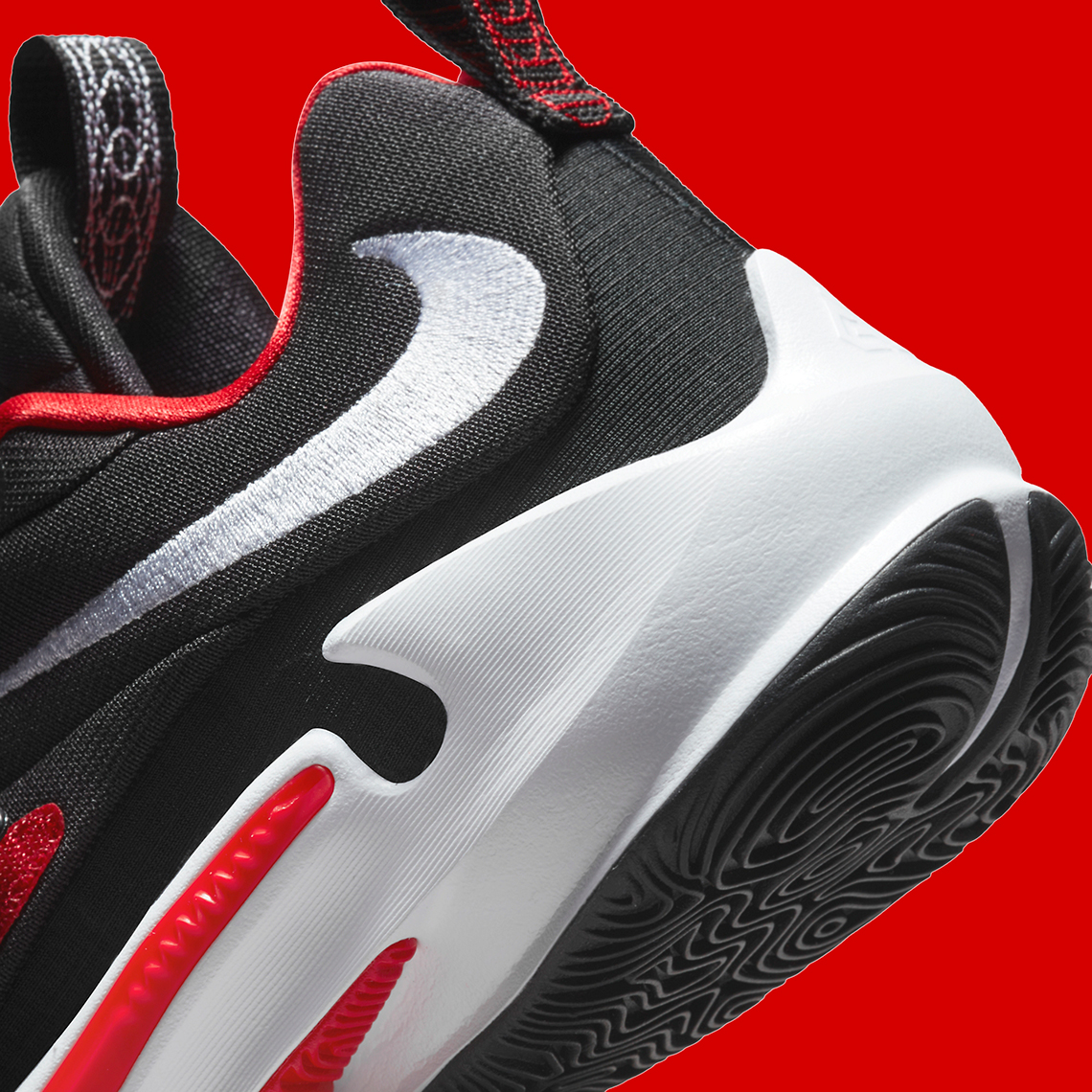 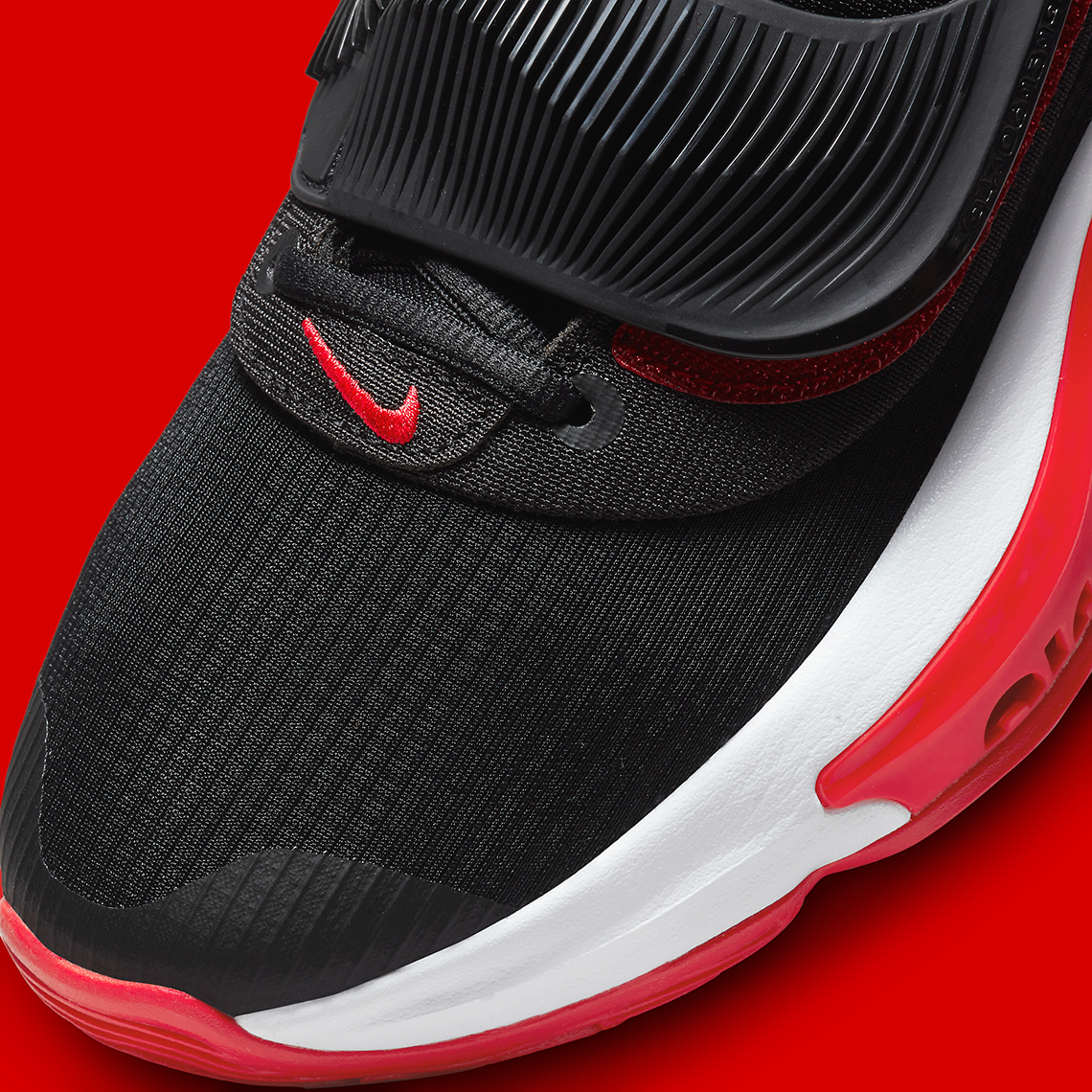 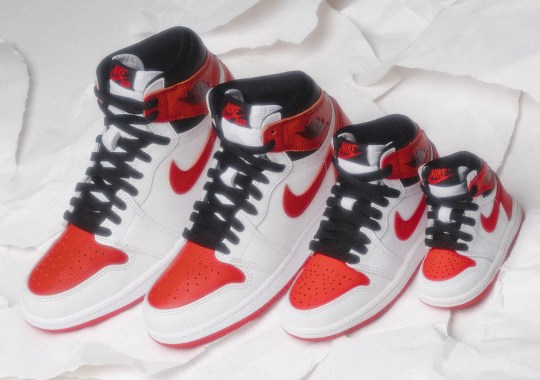