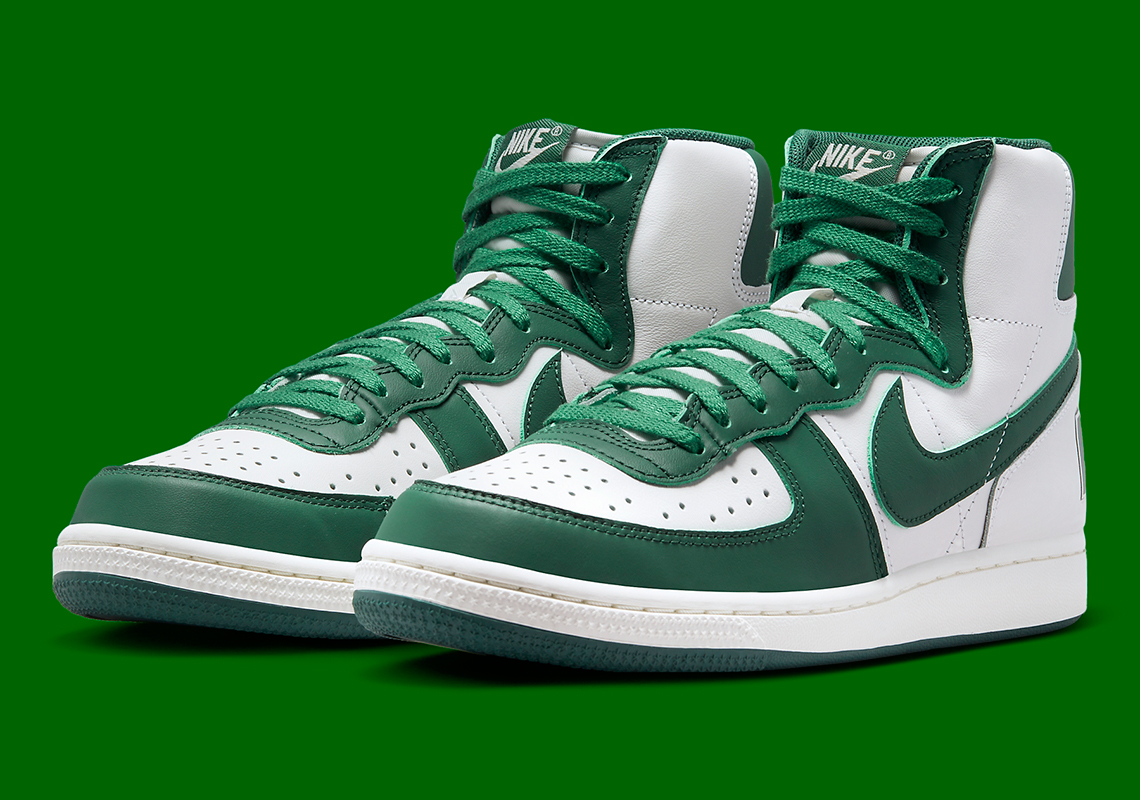 Earlier this year, it was revealed that Nike would be bringing back the Terminator High alongside longtime collaborative partner COMME des GARÇONS. Images of inline colorways, from the “Georgetown” to the “Cocoa Snake,” followed soon after. And now, over two months since the appearance of these pairs, the silhouette has surfaced in yet another upcoming make-up: the “Noble Green.”

Though brighter than its above-mentioned counterparts, the Terminator High “Noble Green” still retains the shoe’s signature, collegiate-inspired look. Following the same, OG-styled color blocking, the colorway applies its titular green across the overlays, Swoosh, heel tab, laces, and the like. The rest of the construction is rendered entirely neutral, opting for a bright white far removed from the current vintage trend.

For a closer look at the Nike Terminator High “Noble Green,” check out the official images below. No release date has been disclosed just yet, but it’s likely we’ll learn more very soon.

In other news, official images of the Air Jordan 1 Black/White just surfaced.

A release date has been scheduled for January 26th, 2023. 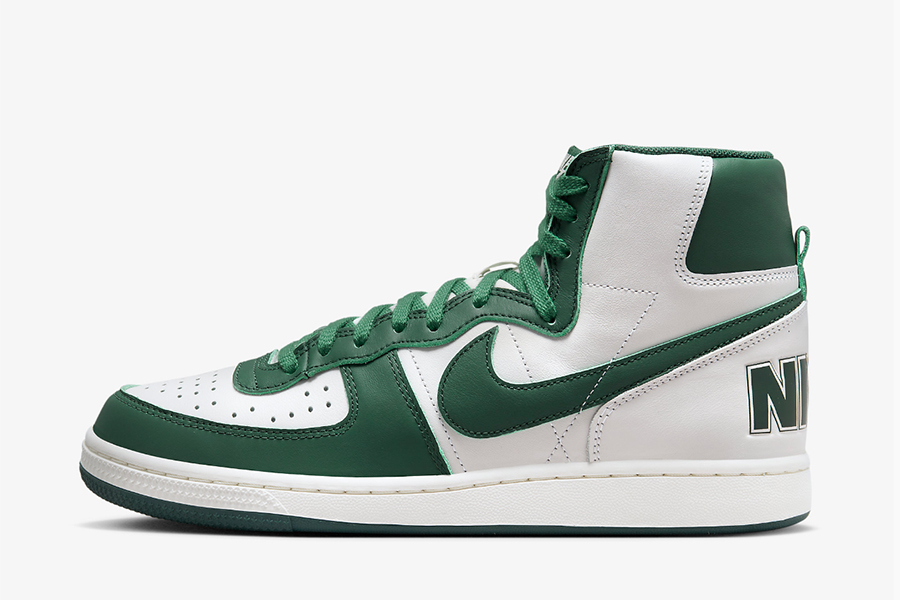 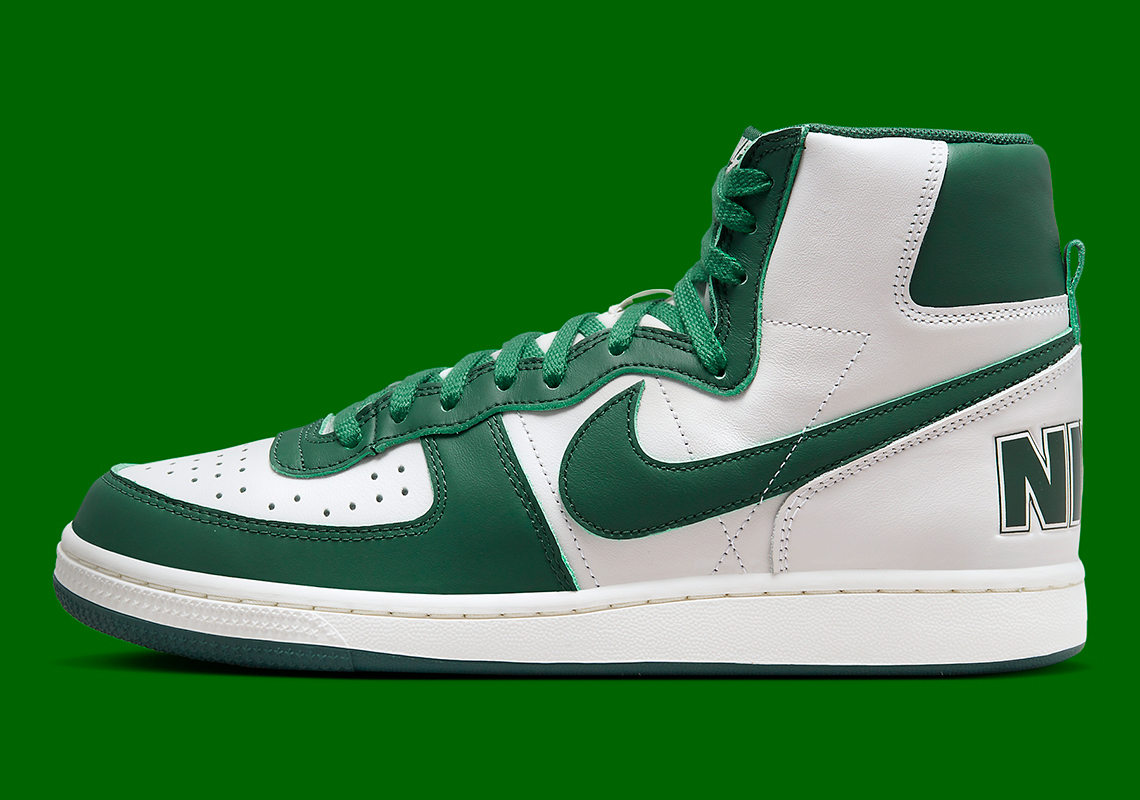 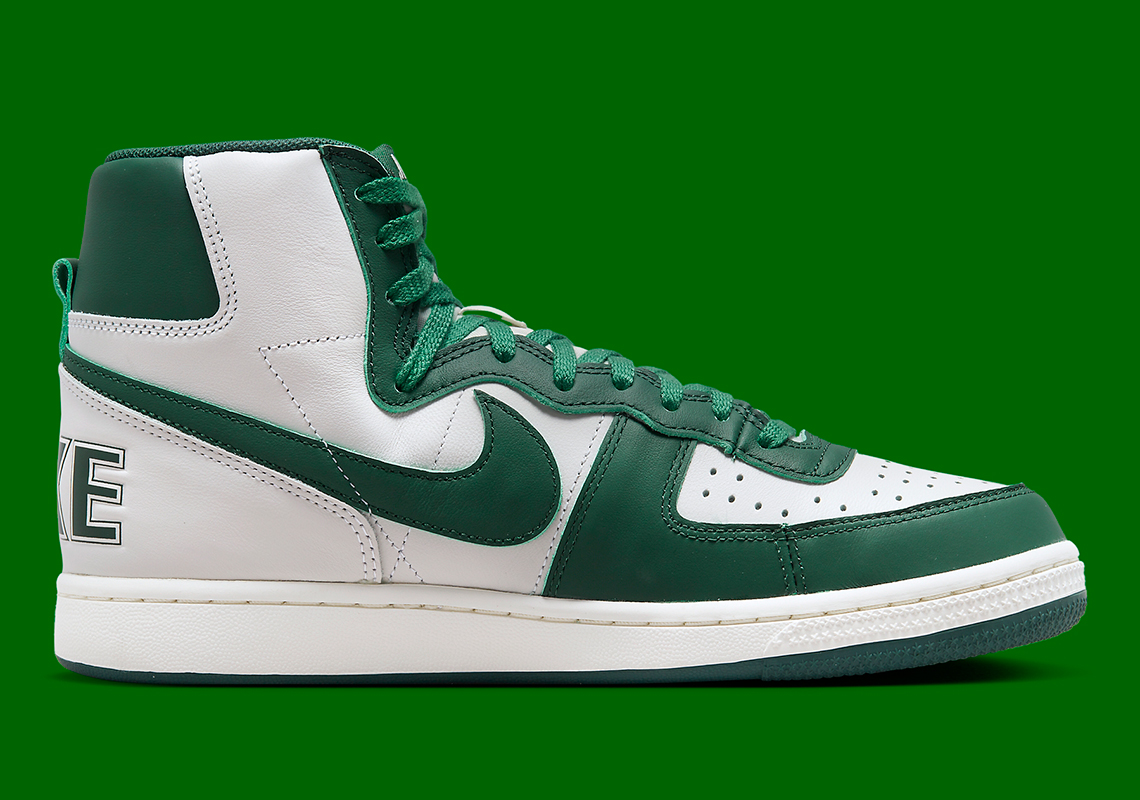 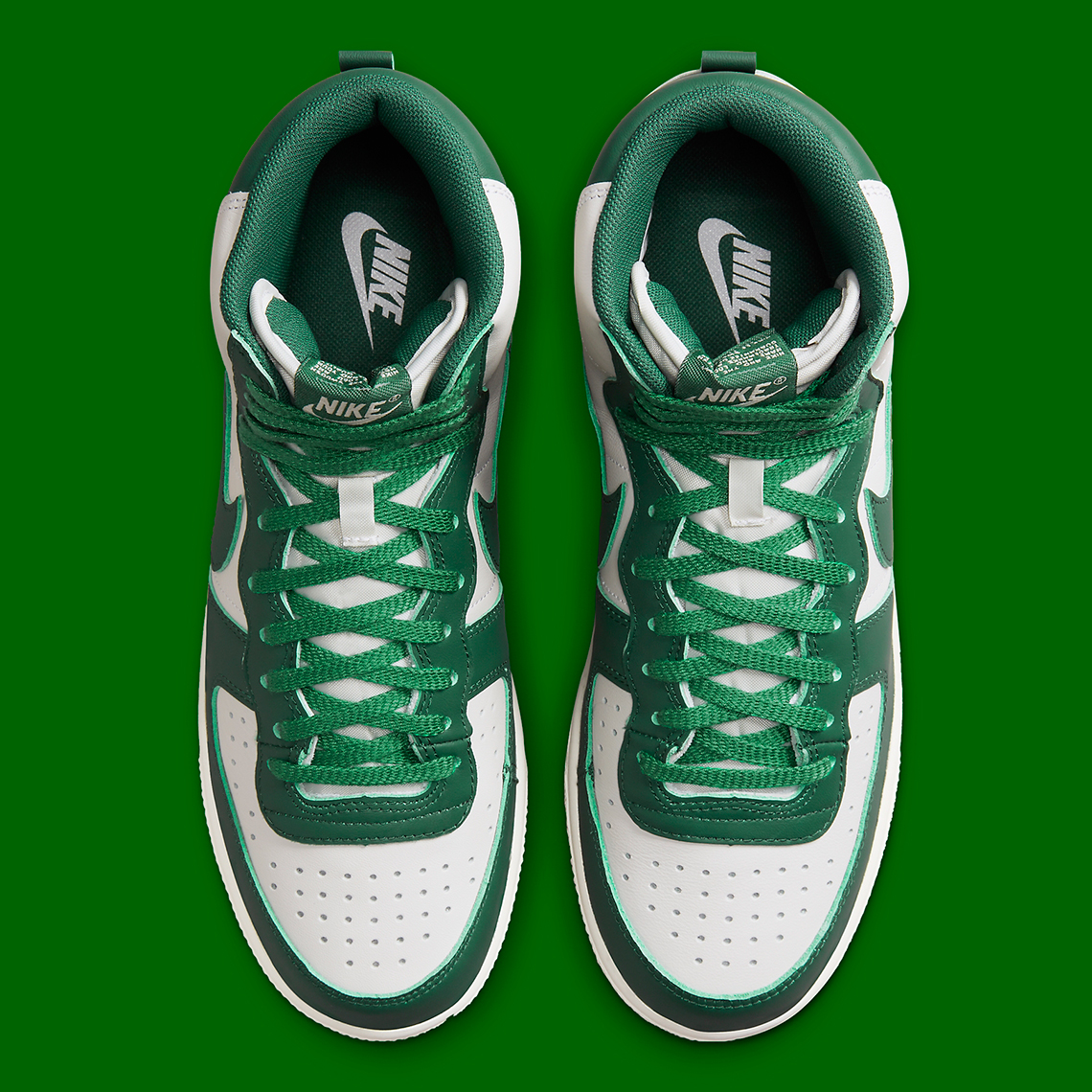 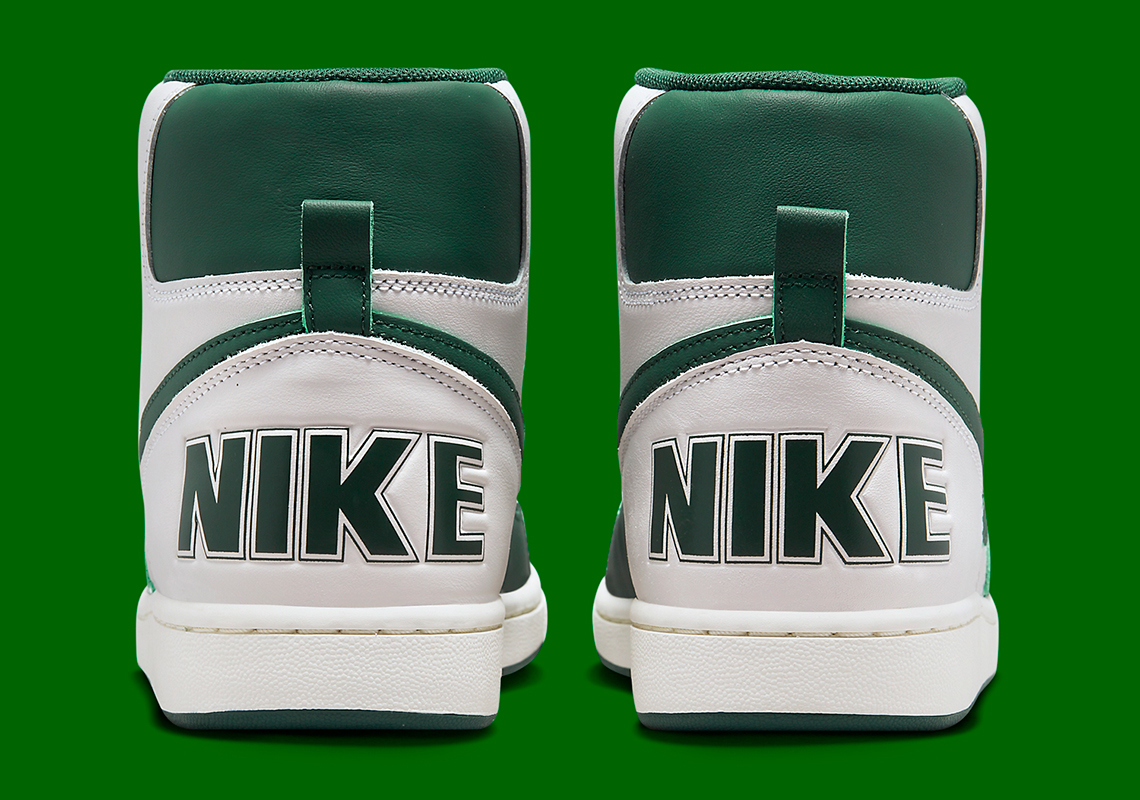 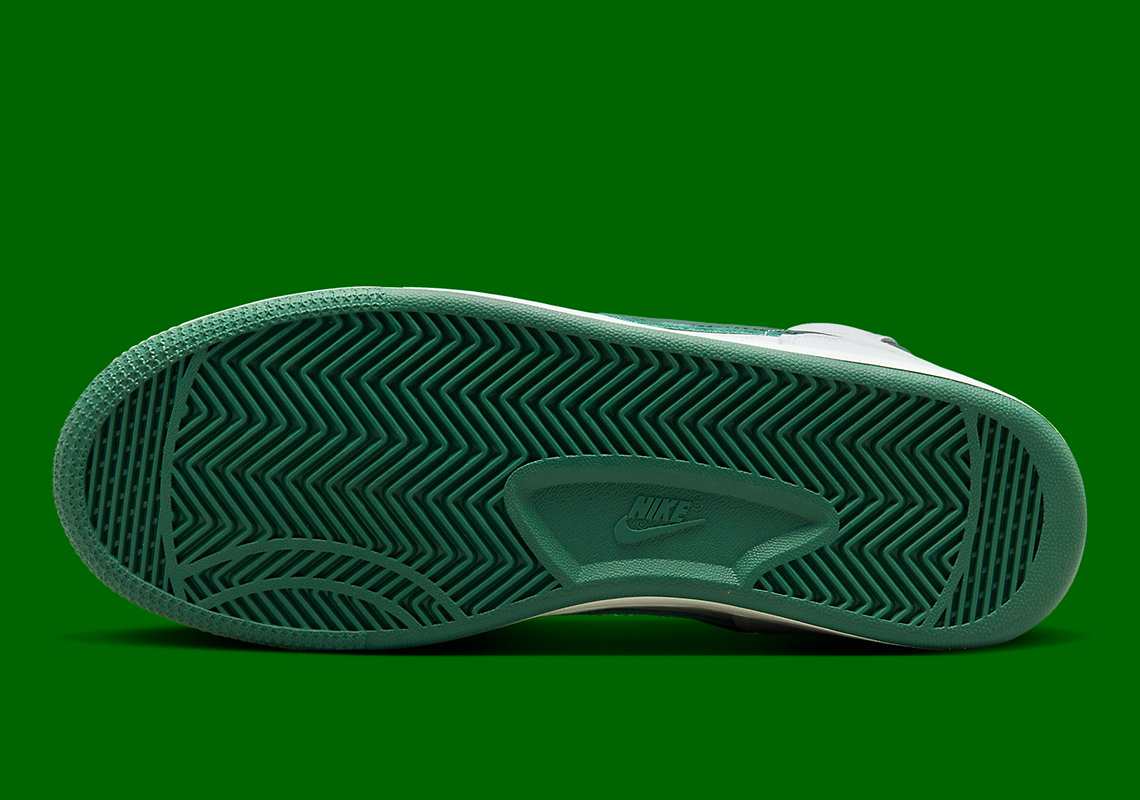 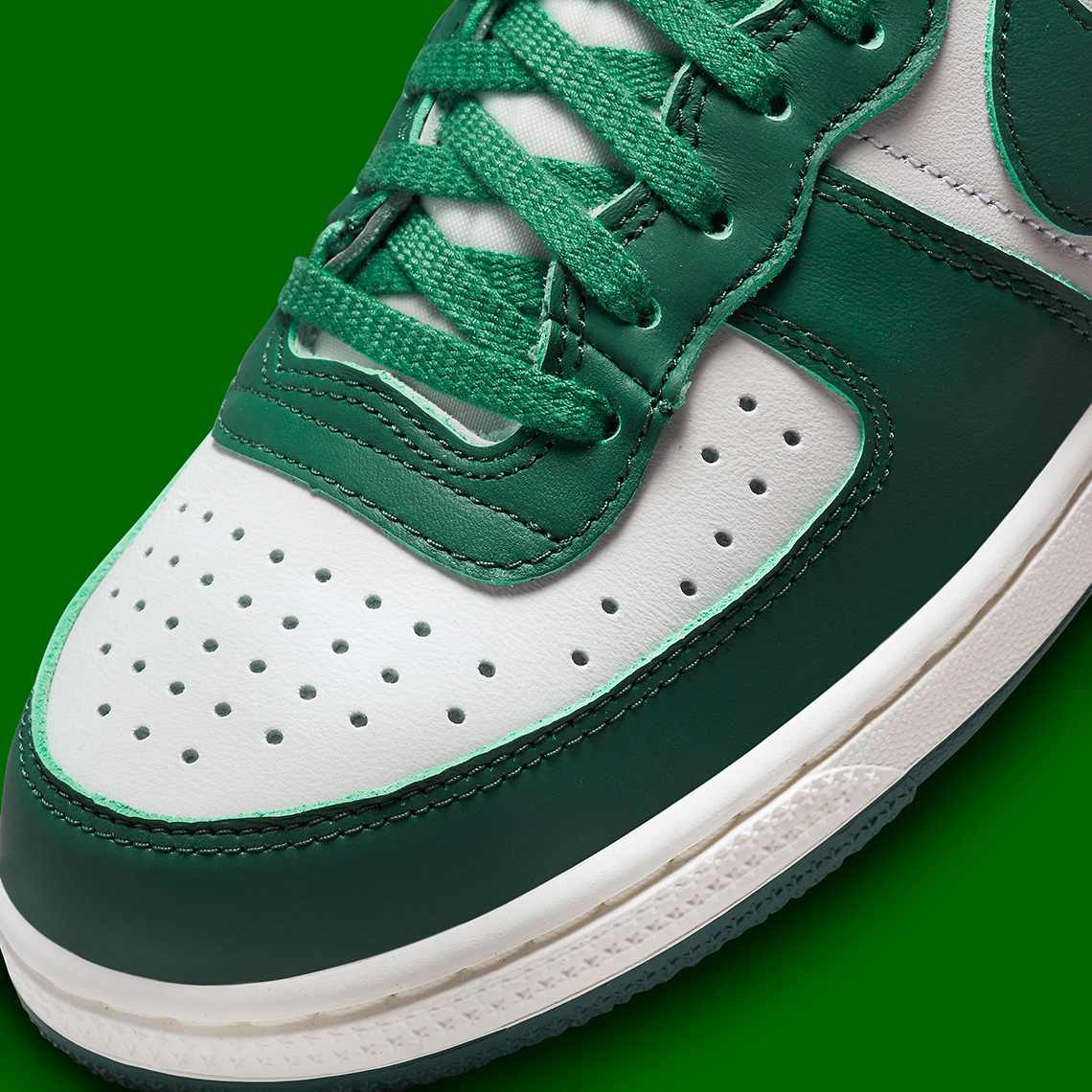 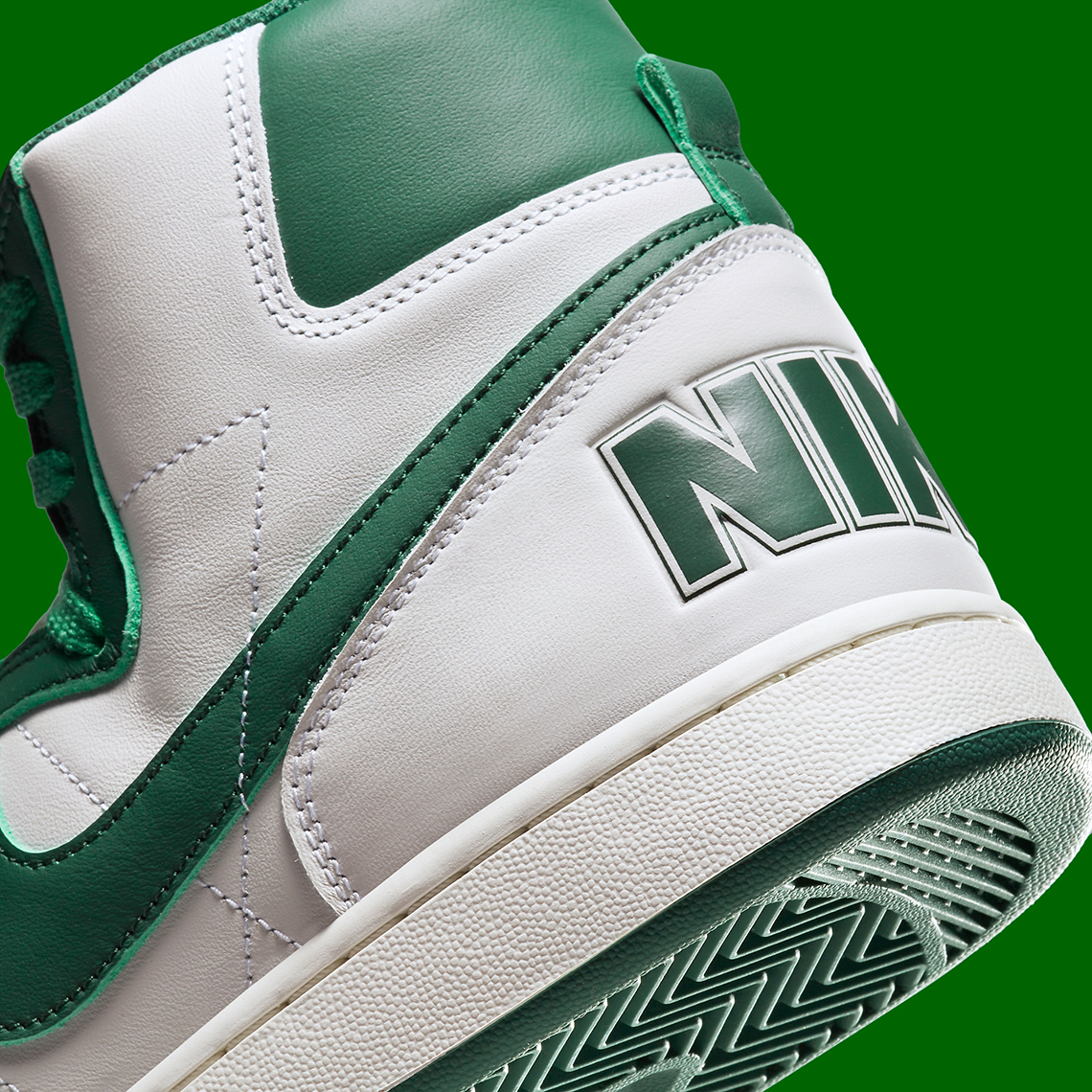