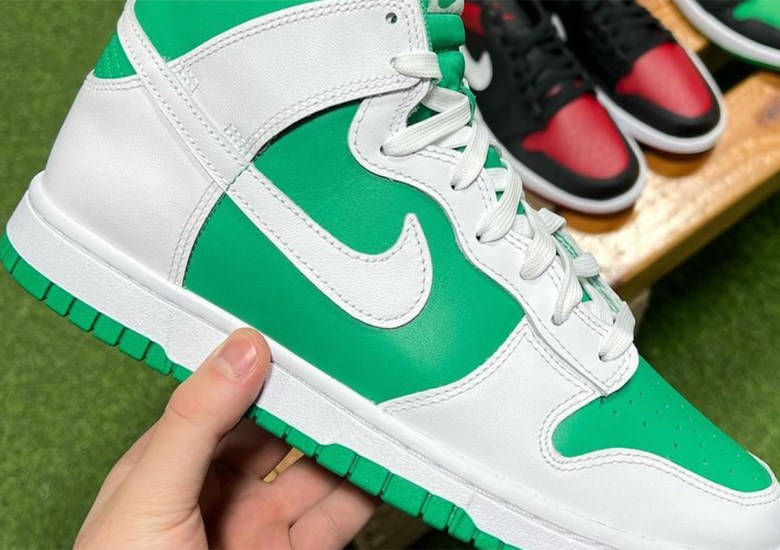 Since its “Be True To Your School” campaign of the 80’s, the Nike Dunk has routinely returned to the latter’s two-toned color-blocking throughout the silhouettes recent resurgence. With first-looks and previews of the Beaverton-based brand’s slate of offerings for next year slowly making their rounds, the pictured Nike Dunk High looks to reverse the tonal placement of the 1980’s style.

Exploring a “White/Sea Foam Green” ensemble, the typically dyed smooth leather overlays instead render a crisp white outfit, highlighting the Swooshes, the midfoot’s quarter and laces. Underneath, the once colorless base layer now comes treated in a dominant sampling of vibrant green, accenting the overall proposition along its nylon sock liner, tongue construction and branded tongue tabs. Underfoot, the simplified placement of its sole unit is flipped as well, anchoring its tread in the single titular hue.

Expected to release in 2023, in the meantime enjoy official images of the Nike Dunk High “White/Green” below.

For more underneath the NIKE Inc. umbrella, official imagery of the iconic Air Jordan 2 “Chicago” has just landed. 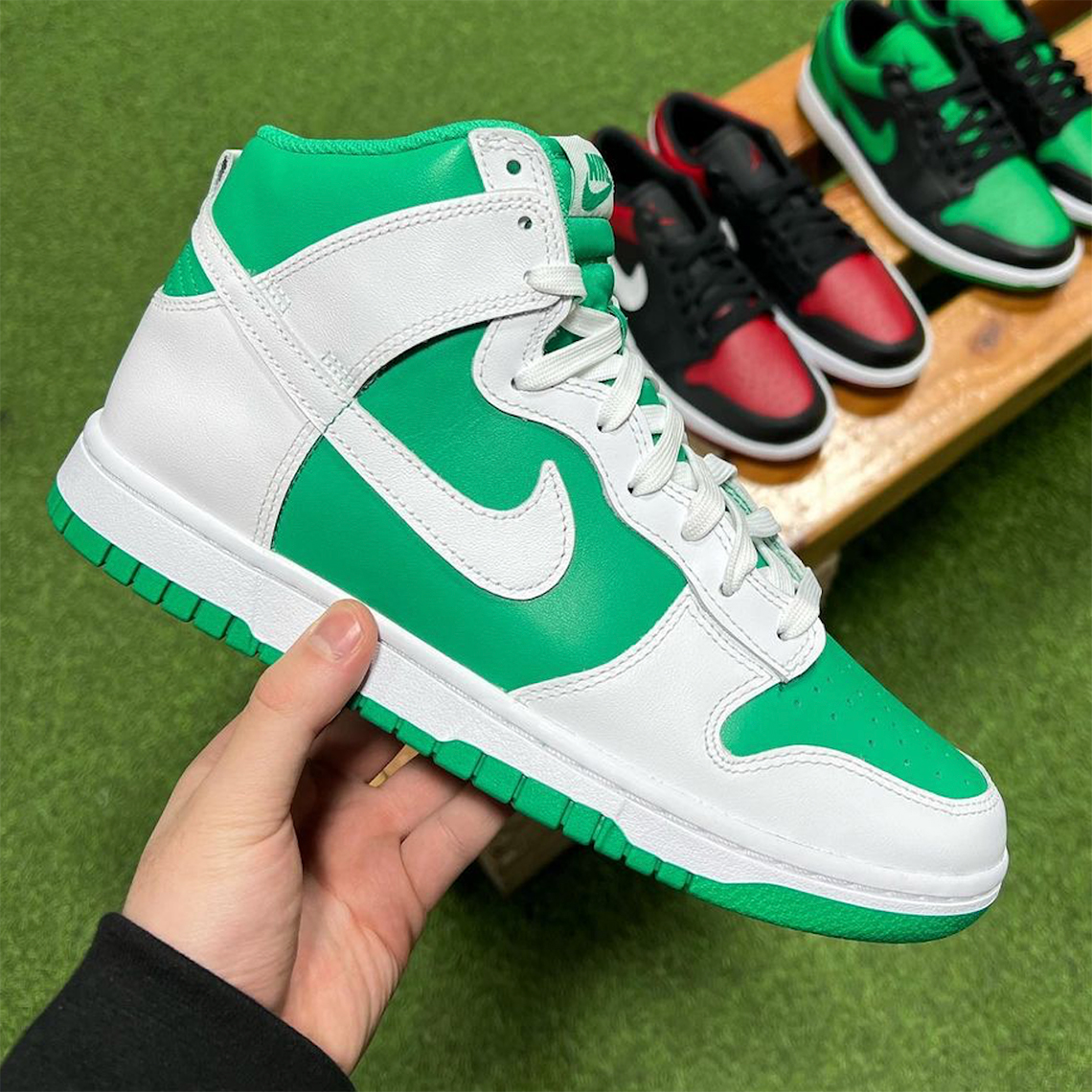 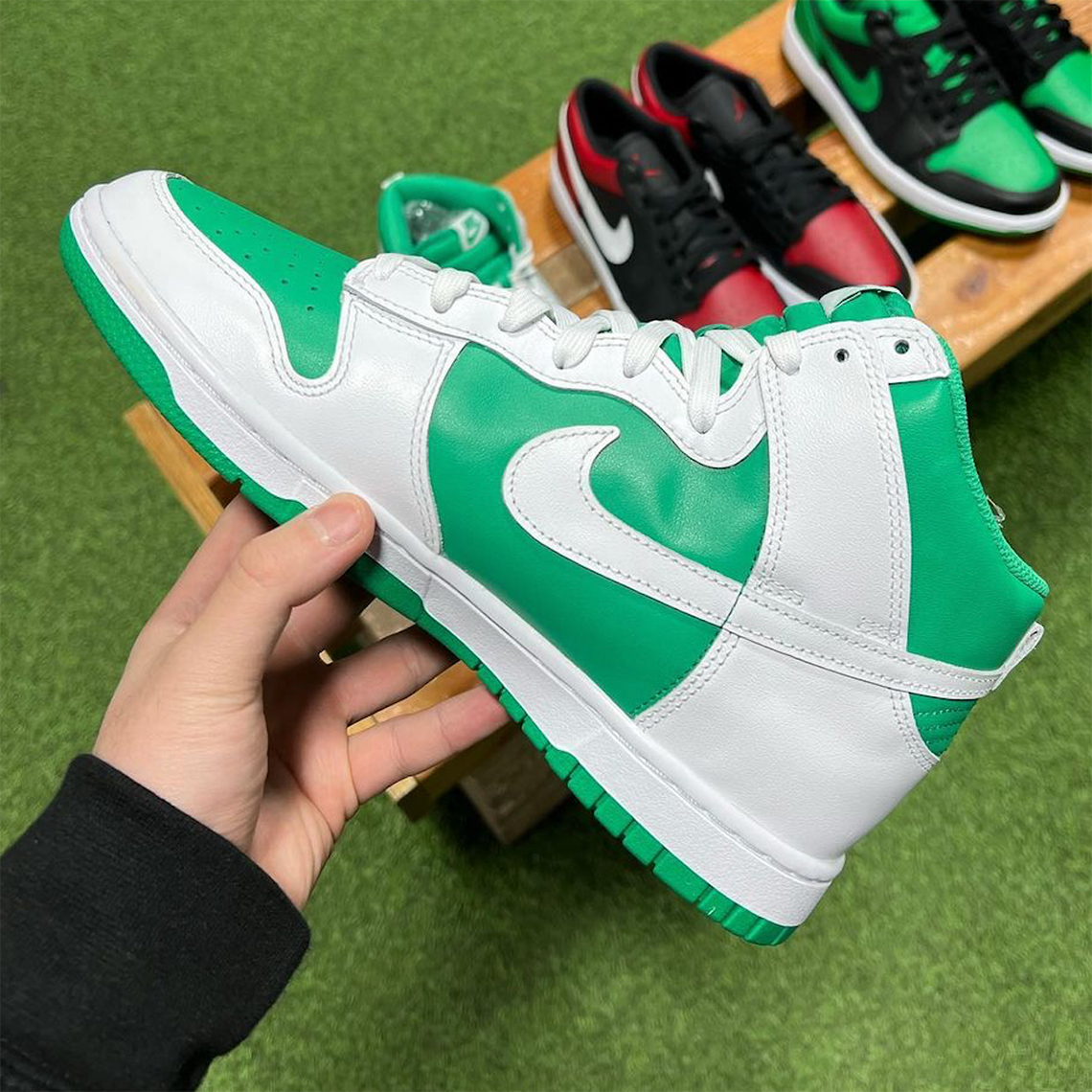