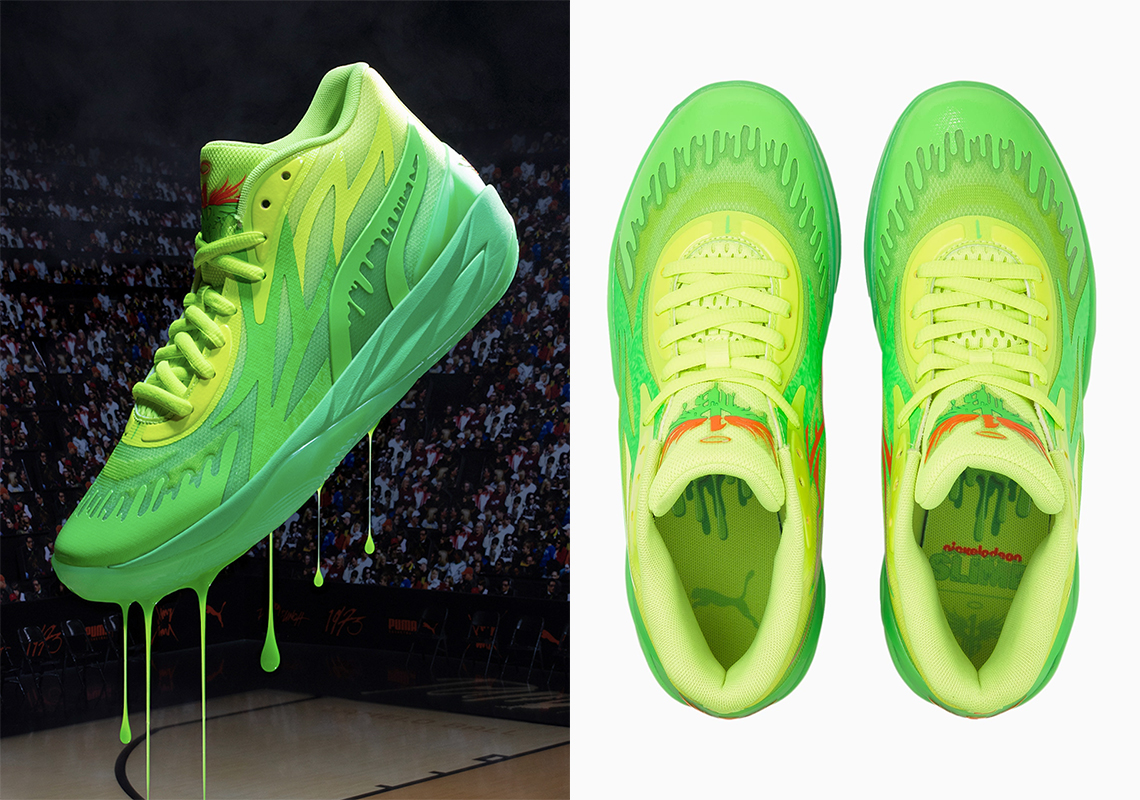 PUMA And Nickelodeon Pour “Slime” Onto The MB.02

Dwight Howard, Brook Lopez and Kobe Bryant know all too well the slimy consistency of a neon green substance coating them from head to toe while standing on stage at the Nickelodeon Kids Choice Awards. Proffering one of the most genuine connections to the youth and next generation of hoopers, LaMelo Ball has instead harkened his PUMA MB.02 to receive the oozing treatment.

LaMelo’s love and admiration for cartoons and pop culture icons has been on full display since his first signature sneaker’s “Rick and Morty” collab. Now, the Chino Hills native has teamed up with Nickelodeon to cover the entirety of his second signature proposition in a transitioning shade of neon green slime. Dripping from the mudguard and midfoot’s Formstrip, the quarter, laces and heel’s extension of the silhouettes synonymous wings proffer a titular yellow undertone. Completing the boisterous gradient through a clad vibrant green sole unit, the television channel’s iconic orange hue outfits the tongue and heels branded embellishments in tandem with accenting the medial sides wings. The reigning All-Star’s second collaboration is finished by official logos and trickling slime clothing the insoles alongside further “SLIME” denotations coming affixed to the semi-translucent tread underfoot.

Set to release on December 23rd via the store list below for a retail price of $140, enjoy official images of the Nickelodeon x PUMA MB.02 “Slime” in the meantime.

In other news, check out the tear-away uppers featured on the Jarritos x Nike SB Dunk Low. 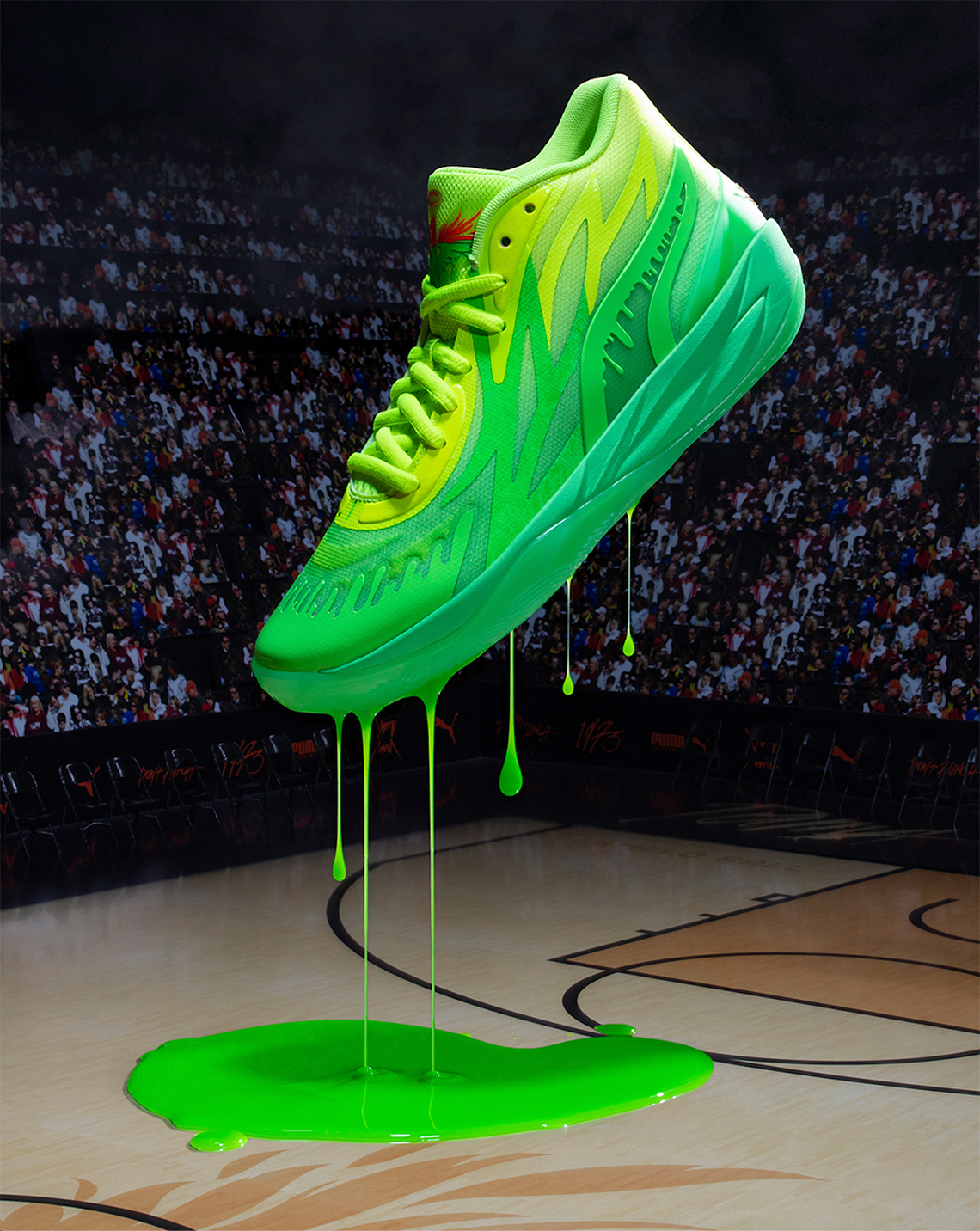 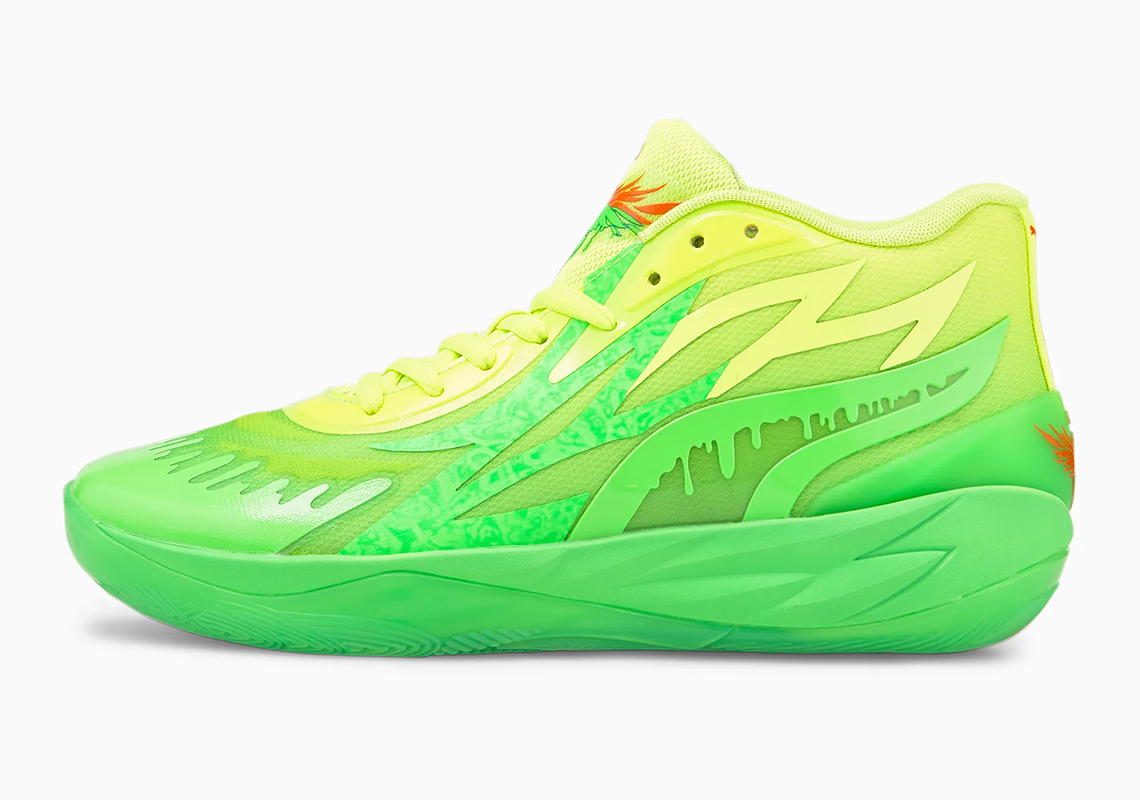 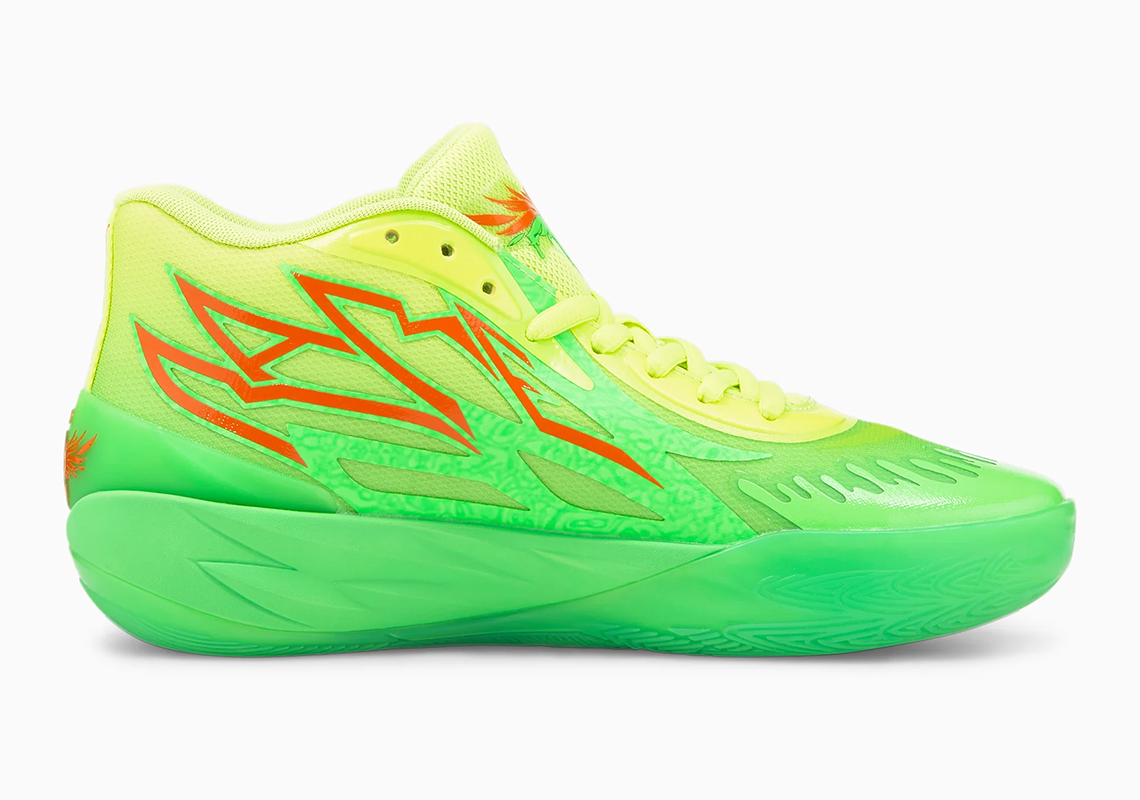 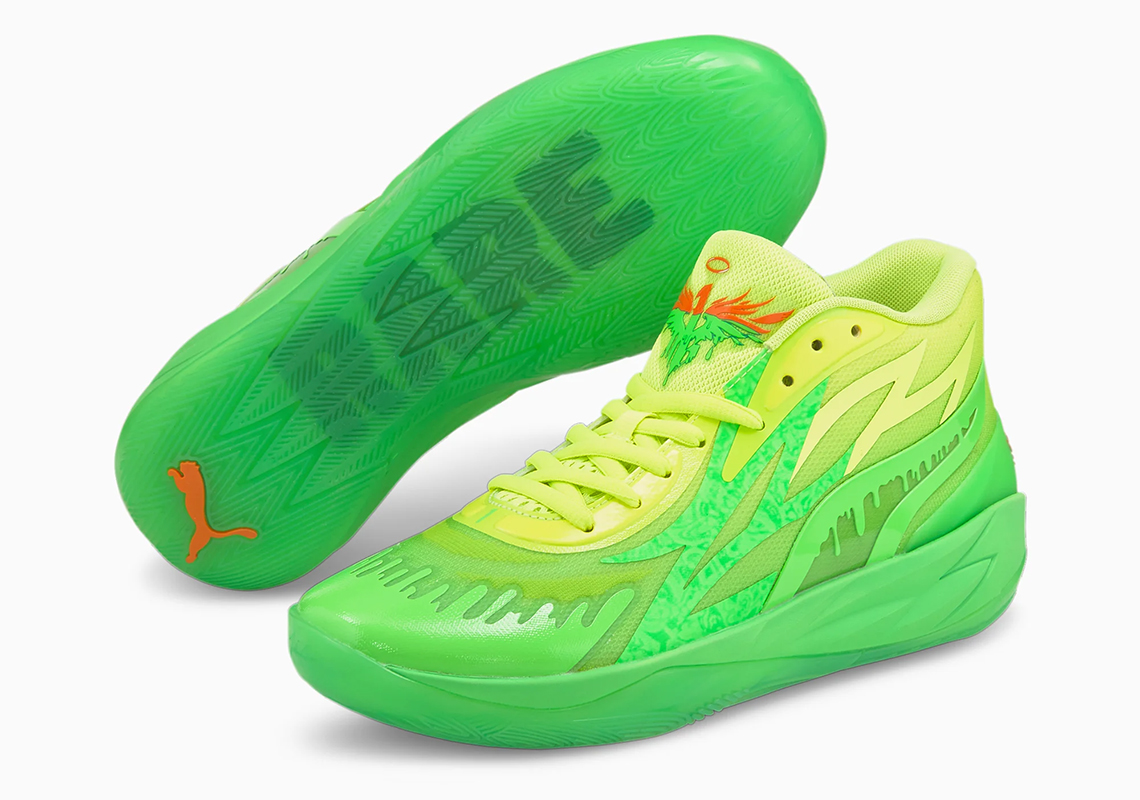 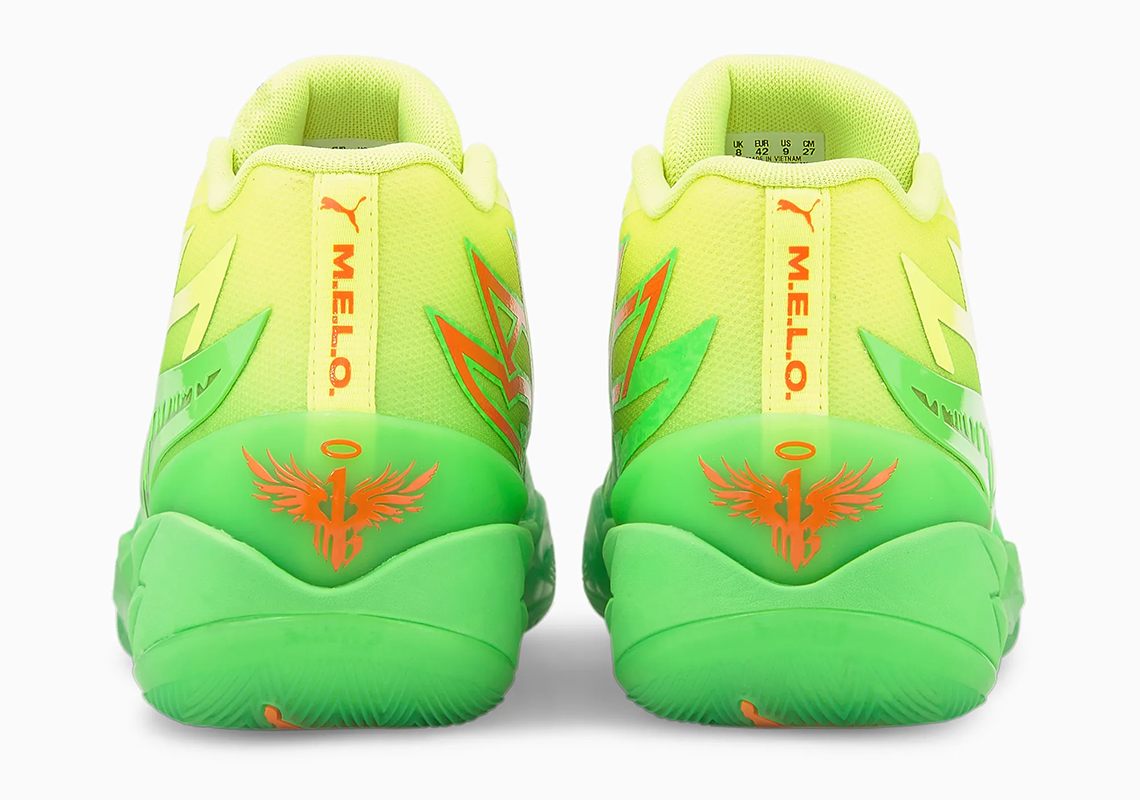 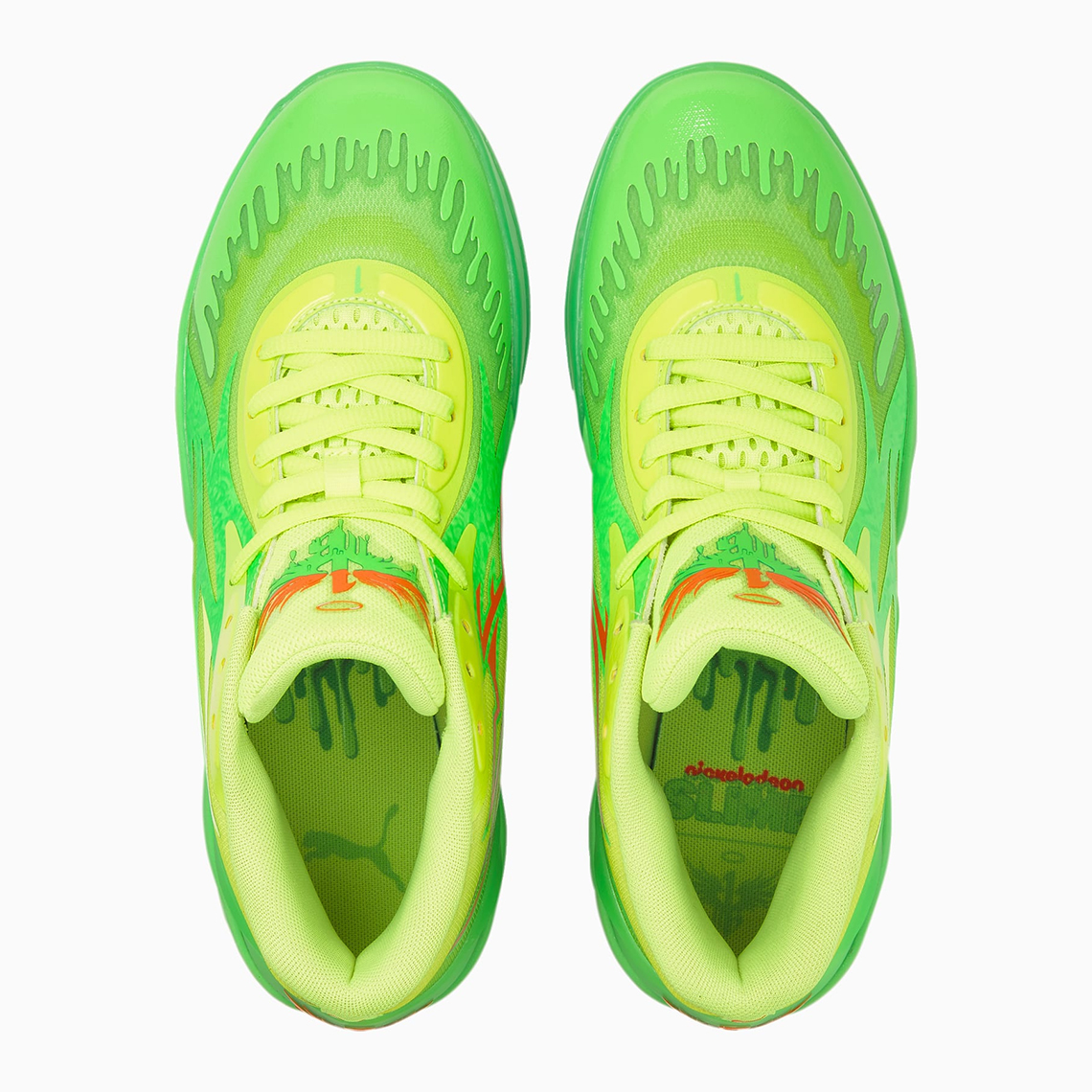 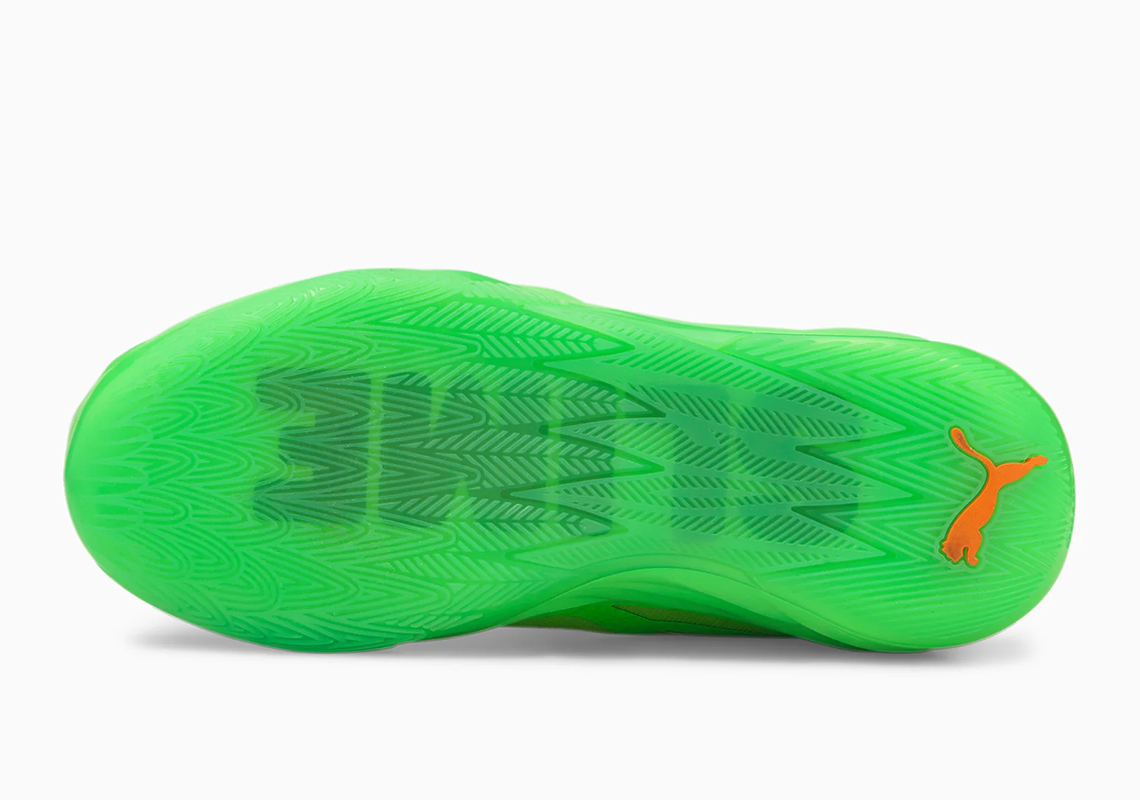 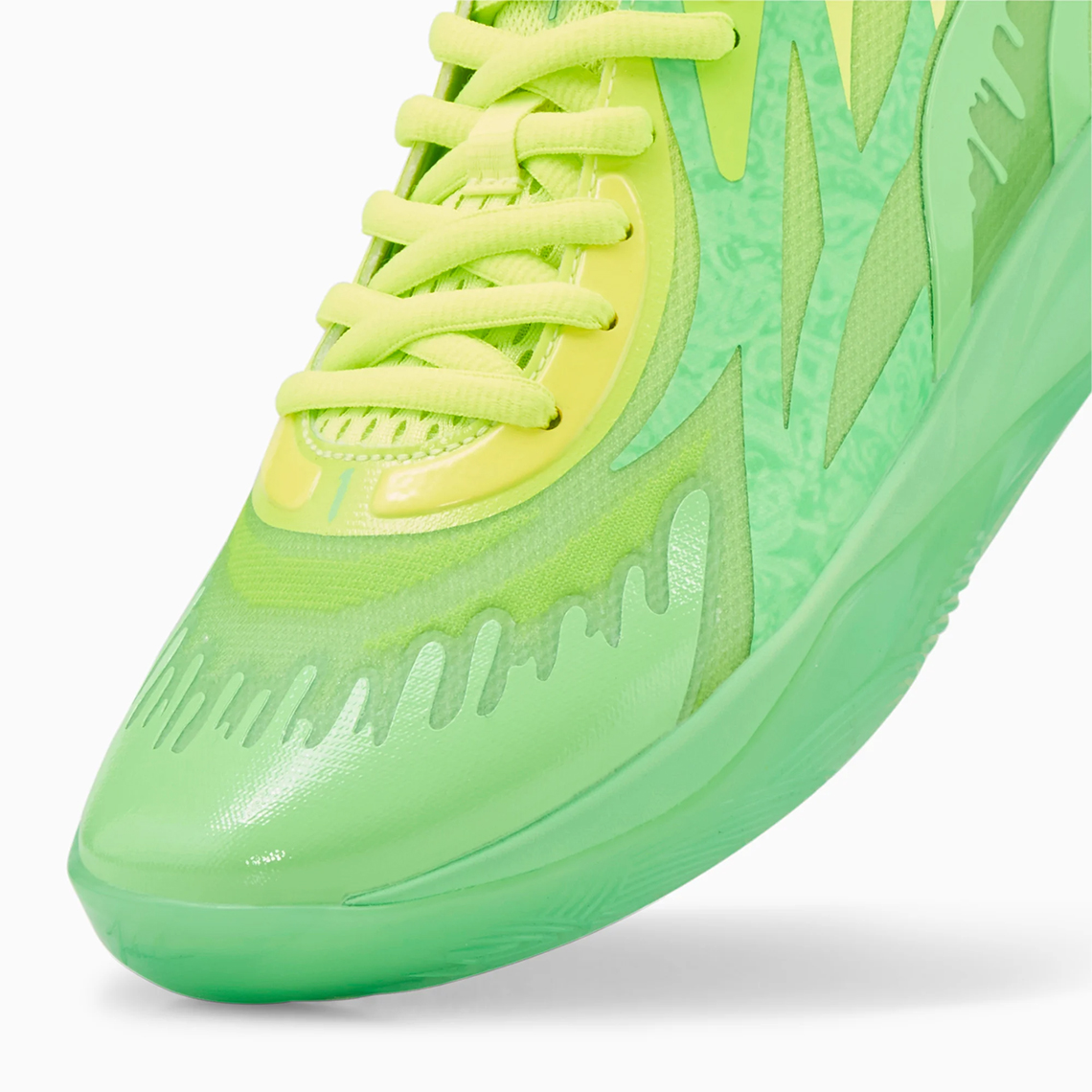 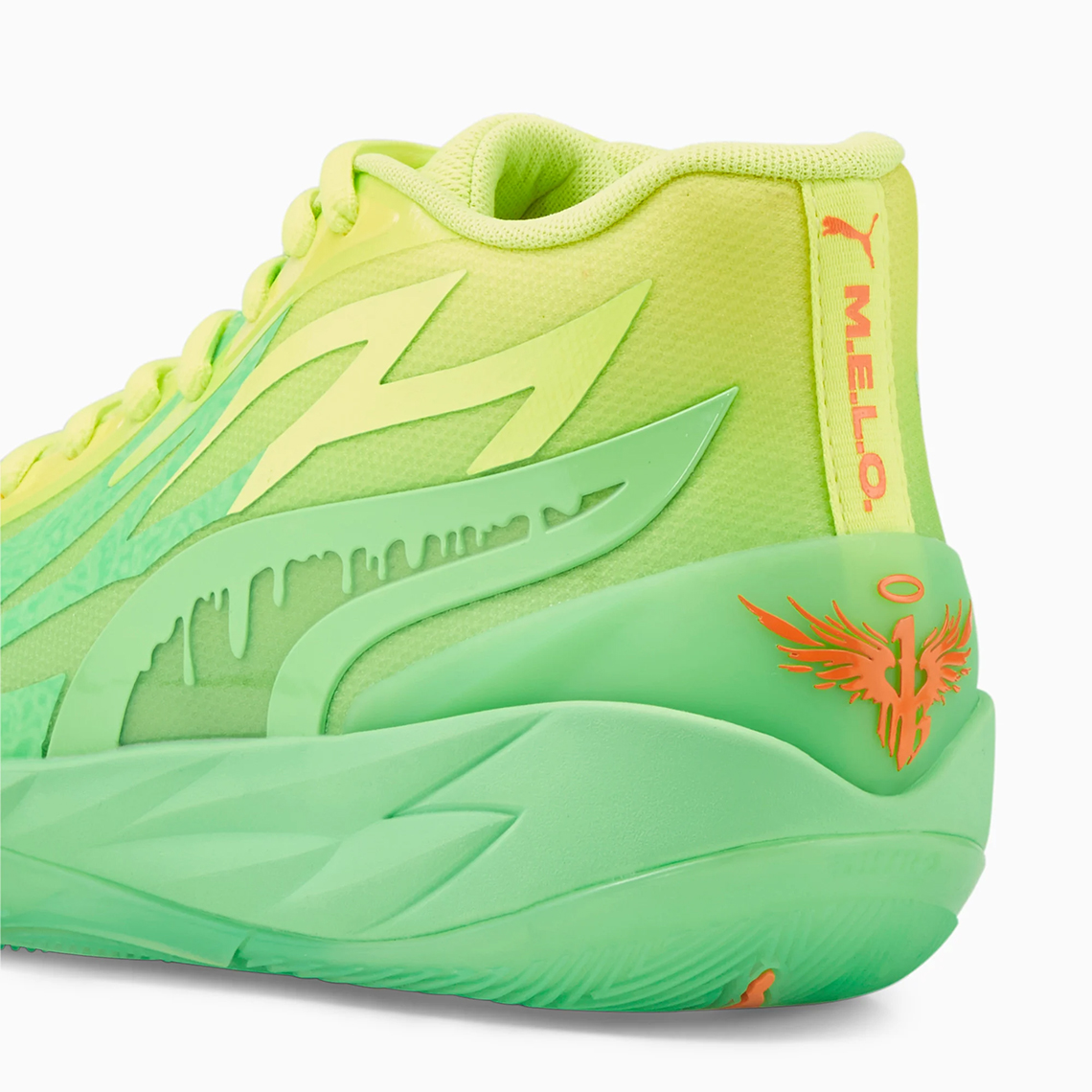