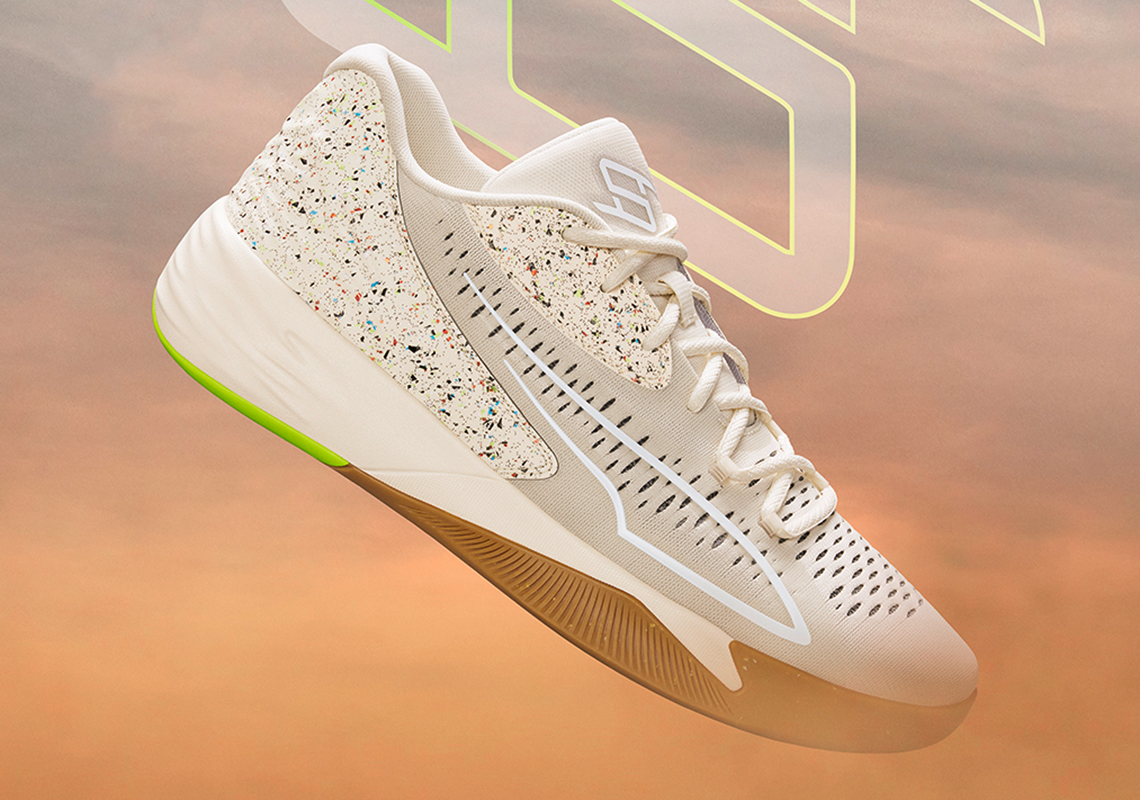 Joining Dallas Wings forward Satou Sabally, Breanna Stewart touched down in Turkey on the first day of the new year to suit up with her overseas squad, Fenerbahçe Alagöz Holding. While the two-time WNBA Champions is dropping buckets and snagging boards thousands of miles away, PUMA is continuing to delve out their first women’s signature basketball line with the debut of Stewart’s latest PUMA Stewie 1 colorway.

Titled “Reintroduce”, the tonal composition marks Stewart’s third on-court proposition from the German-based conglomerate with an inspirational cast centered around Washington State’s geographical markers. Evoking the glacier rock-inspired aesthetic of Washington’s active volcano – Mount Rainier – a be-speckled arrangement of multi-color coats the back half of the light cream heel and midfoot construct. Darkened along its perforated forefoot and tongue construction with a slight brown undertone, a crisp white side stripe works in tandem with Stewart’s logo affixed to the tongue. Contrasting the dominant neutral palette, a pop of neon yellow pairs in disparate fashion with a gum sole unit underfoot for a seldom boastful embellishment in conclusion.

Set to release monday, January 16th for a retail price of $120, in the meantime enjoy official imagery of the PUMA Stewie 1 “Reintroduce” below and stag a pair on PUMA.com on the release date.

In other news, take a first look at the upcoming women’s-exclusive Air Jordan 5 Low “Indigo Haze”. 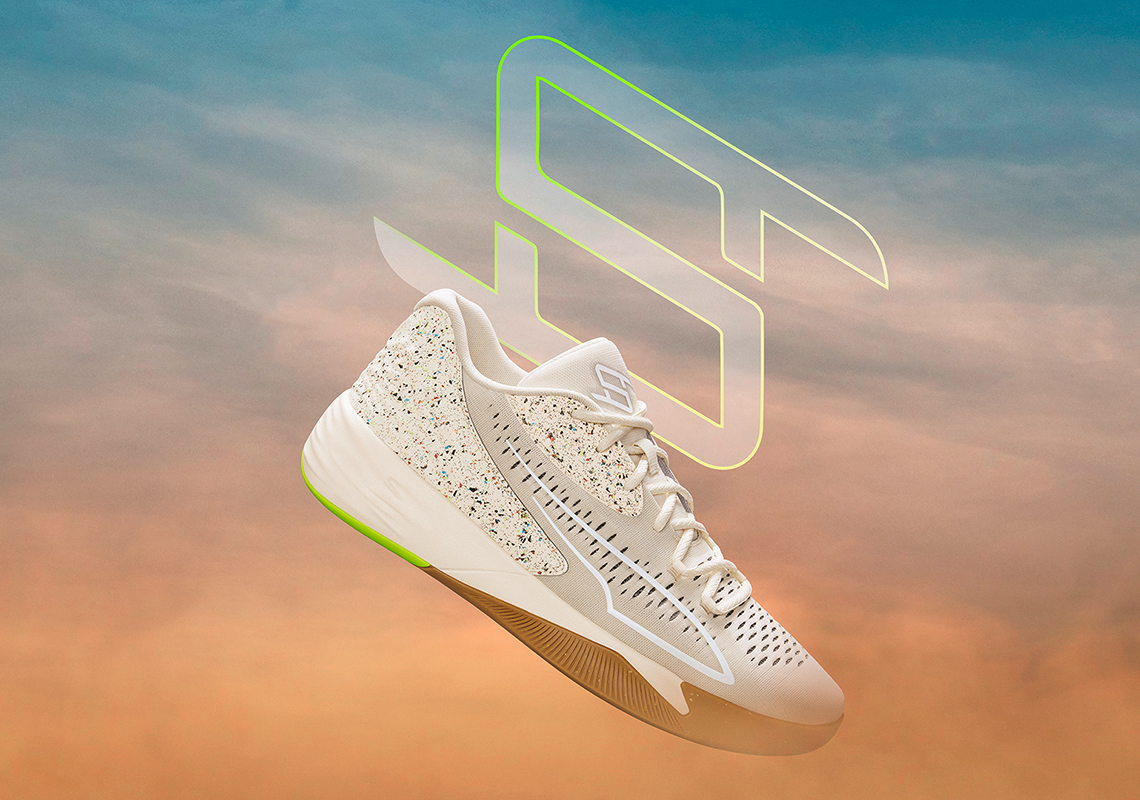 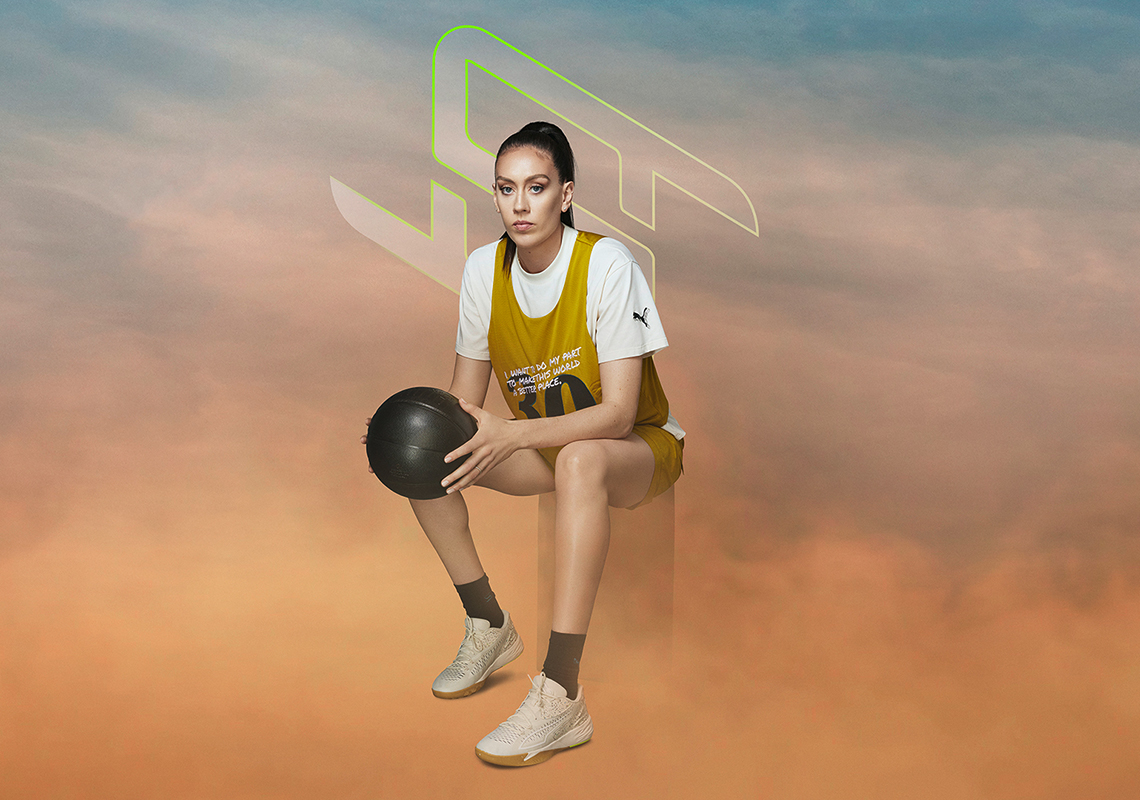 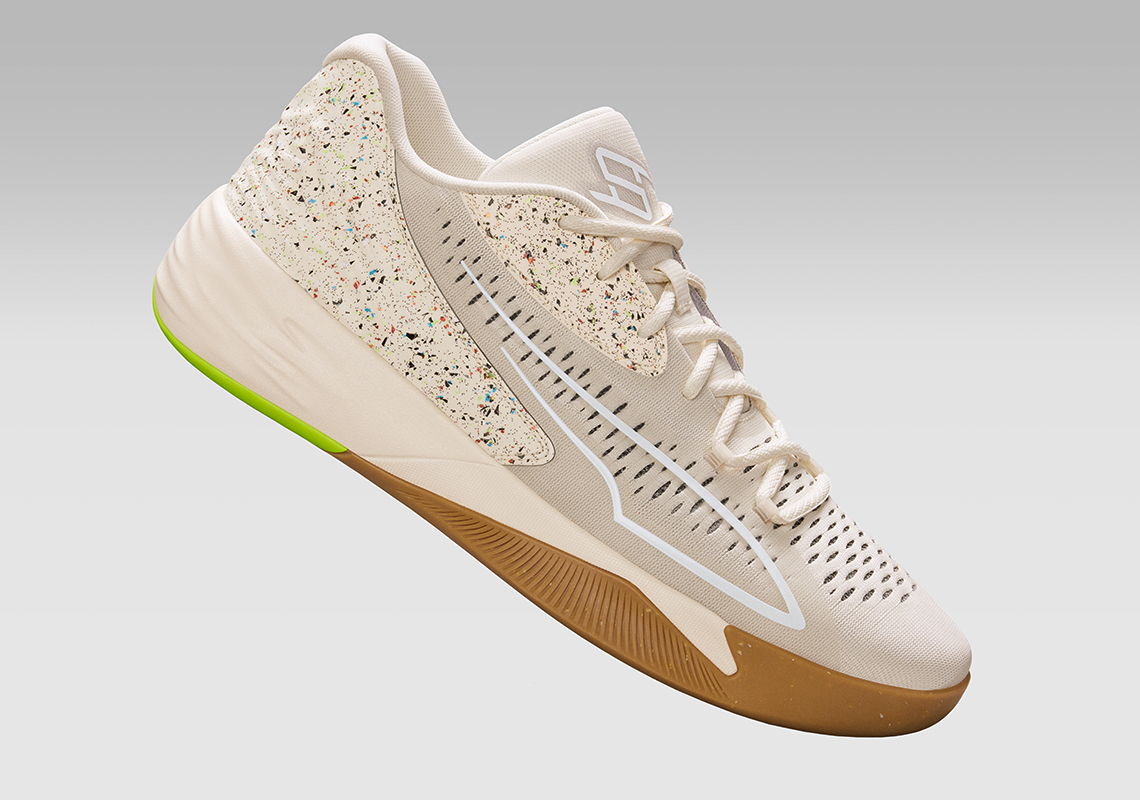 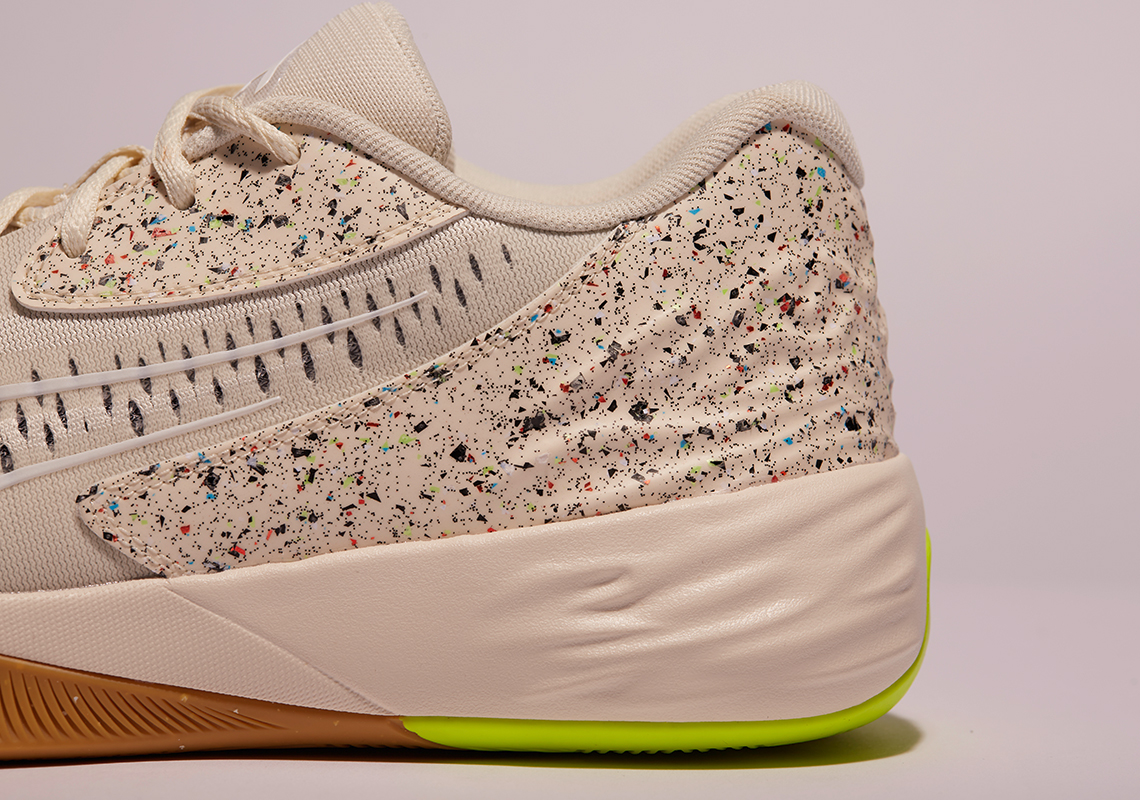 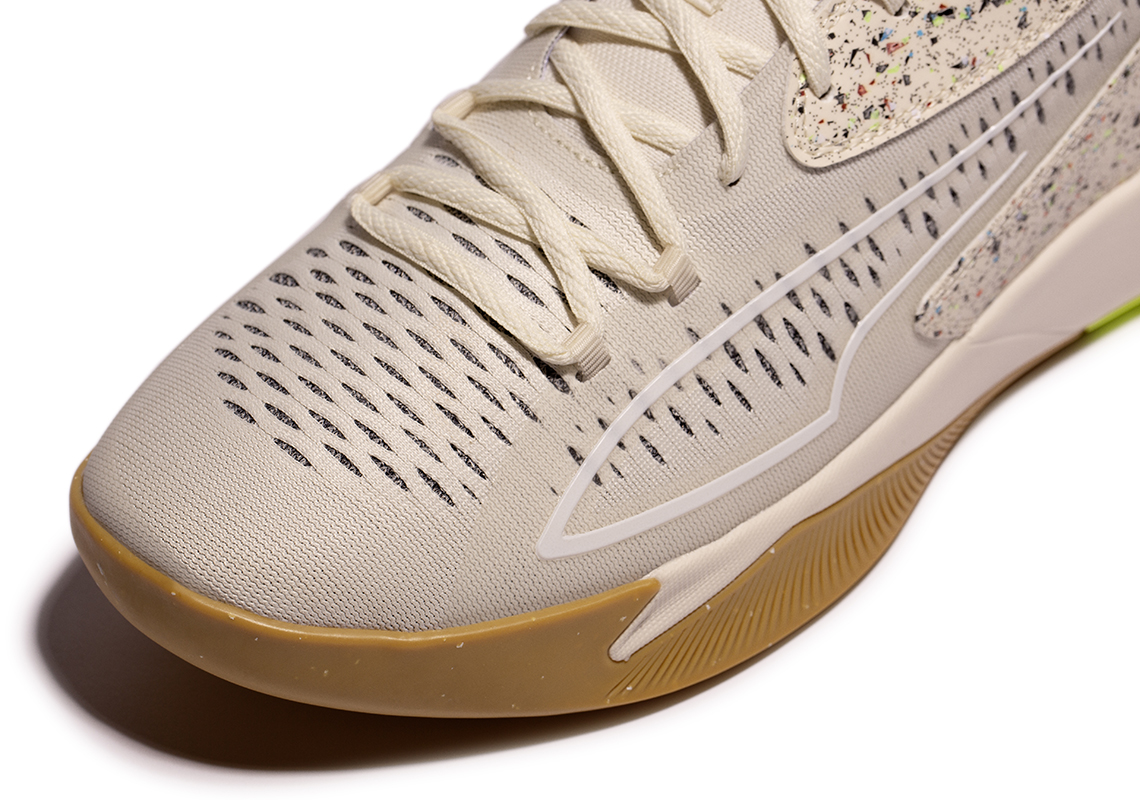 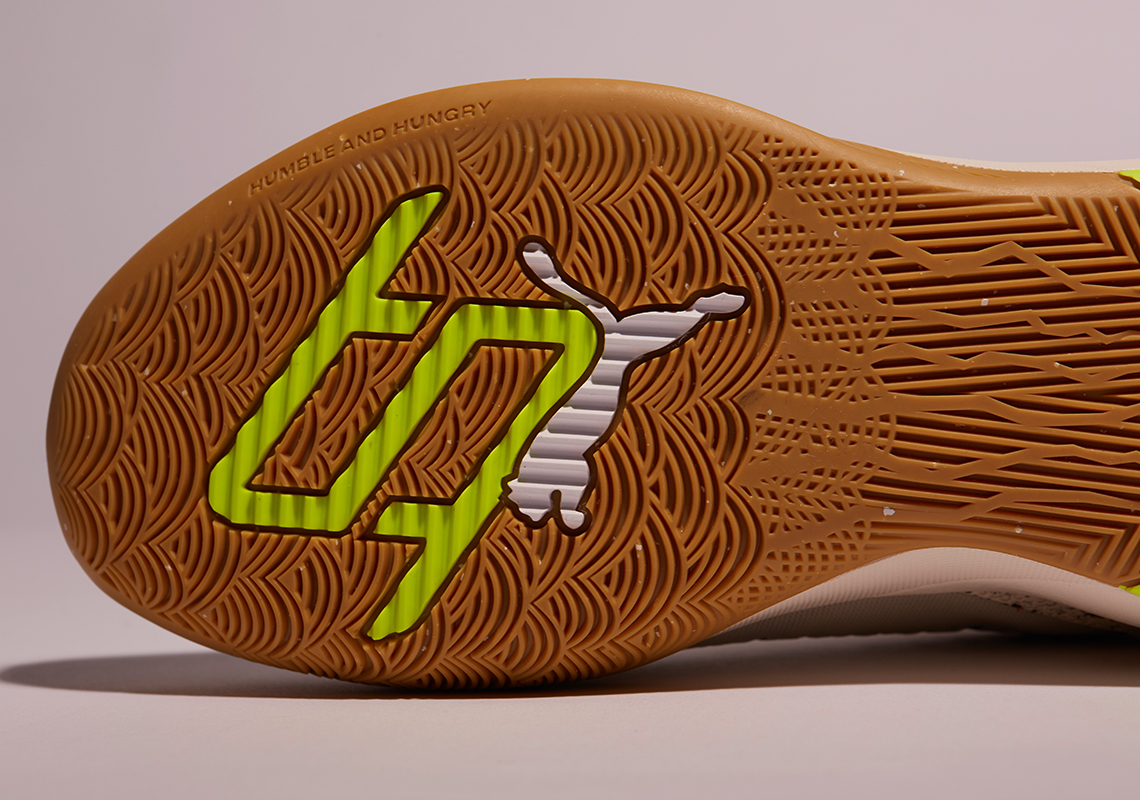