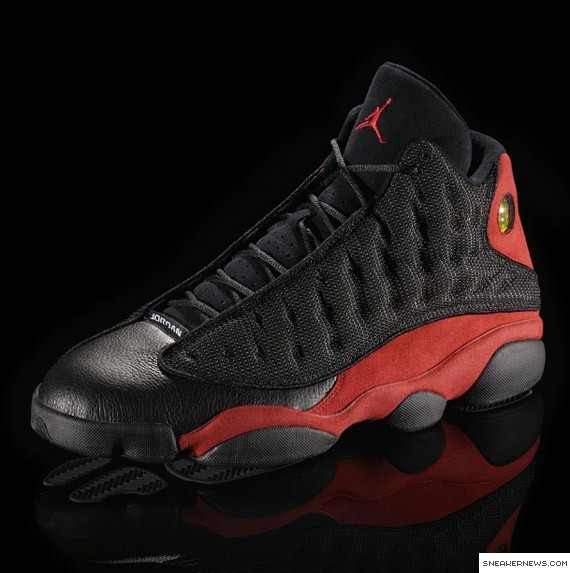 Extremely lightweight and responsive, the XIII takes its design inspiration from the black panther, and, of course, from Michael’s predatory nature and catlike quickness on the court. The shoe features sleek Zoom Air, a unique Jumpman hologram that mimics the panther’s eye, and a carbon-fiber spring plate for more pounce in the paint. This season’s finale sees perhaps MJ’s most famous shot, in Game 6 of the Finals against Utah. (He actually wore an early release of the AIR JORDAN XIV in that game.) It proves to be the game winner, handing the Bulls their third consecutive Championship. Chicago becomes the first team in NBA history to repeat the three-peat.

Back to: Air Jordan – History of the Franchise
—