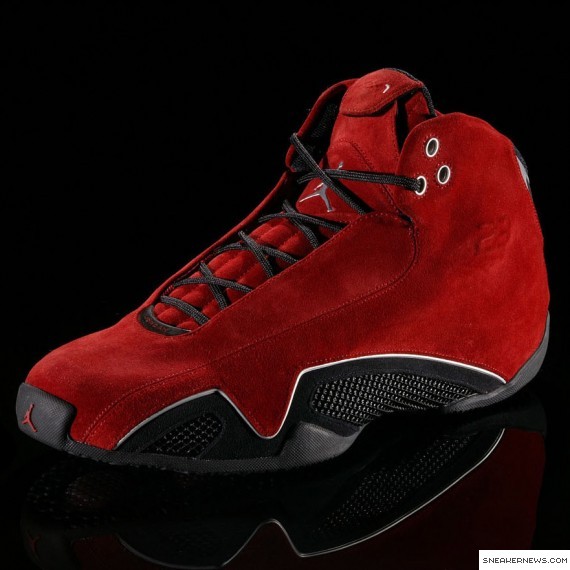 Available for retail on February 18 for $175, the Air Jordan XXI begins a new generation of sophisticated style and cutting edge technology. The Bentley-inspired shoe now comes with an even more advanced Independent Podular Suspension (IPS) technology that allows you to customize the cushioning support. Aesthetically, the Air Jordan XXI includes personal design elements from Michael Jordan himself, echoing his “DNA” – or characteristics – that make up his outstanding on-court performance and off-court persona. The shoe remains the most performance-enhancing on the market and is poised to lead the widely popular Air Jordan franchise well into the future.

“With last year’s Air Jordan XX, we looked back and celebrated the past twenty years,” says Michael Jordan, “The Air Jordan XXI is a look toward the future. We’re making the shoe more luxurious and more advanced in terms of technology, which sets the stage for the brand going into the next twenty years.”
“It is always an honor to work with Michael Jordan and design in true collaboration with him,” states Footwear Design Director D’Wayne Edwards, “We kept both his style and the true Jordan consumer in mind when we designed the shoe, continuing our tradition of creating technologically-superior basketball footwear.”