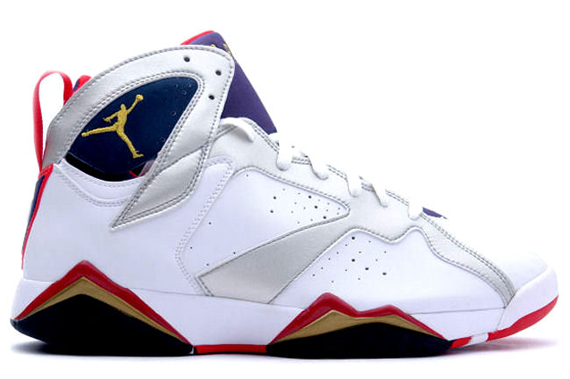 One of the few commercially released Air Jordans to feature a number other than the iconic #23, these Olympic VII’s featured the number 9 on the back heel.  These kicks are the retroed versions of the exact sneakers MJ wore during the 1992 Olympics in Barcelona.  During these Olympics, Mike played on the legendary “Dream Team” which consisted of some of the greatest NBA players at the time and of all-time because this was the first time NBA players were allowed to play in the Olympics.  MJ took on the number 9 because of Olympic numbering rules.  The sneakers showcase silver and white leather uppers, while mostly the rest of the sneaker is accented in red and gold.  The tongue, ankle, and outsole are a navy blue color showing the sneaker’s American flag inspiration.  Pics via Kixclusive 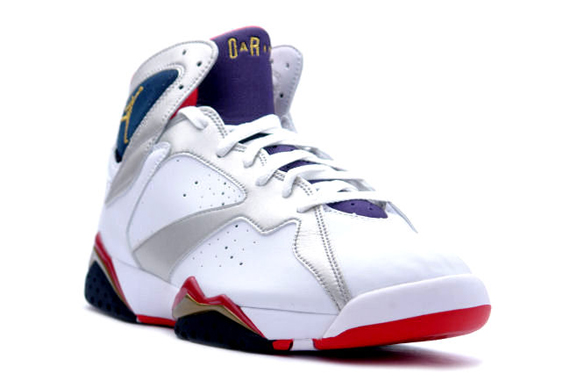 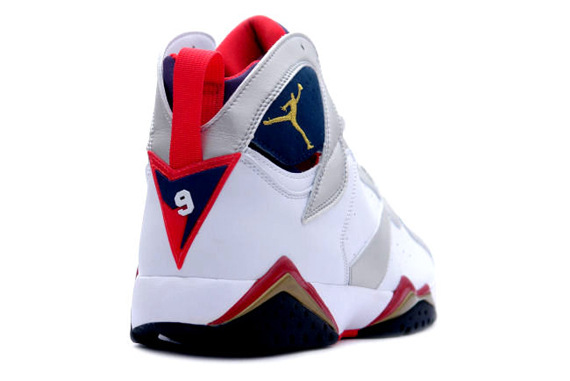 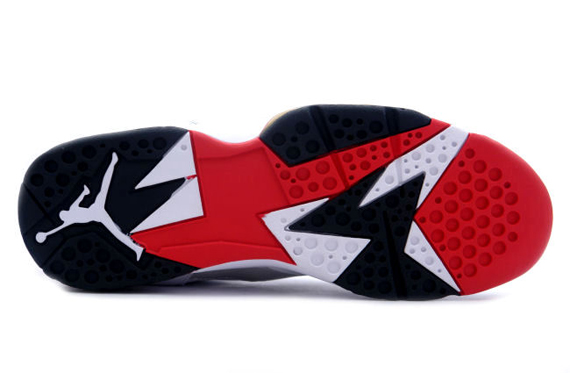 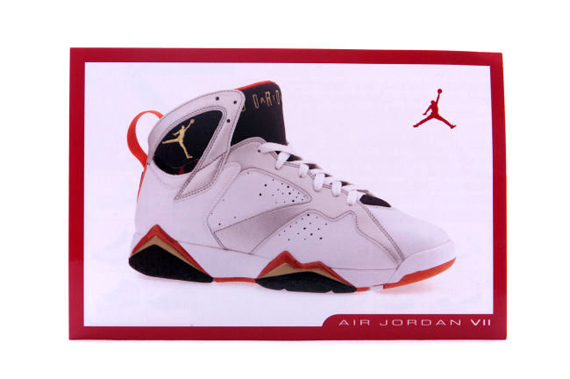