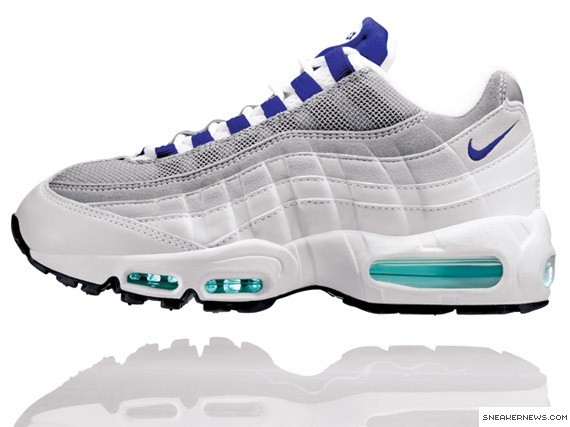 Legendary designer Sergio Lozano had his share of negative feedback during development of what, for some, has come to be called “the Air Max.”  The shoe was a breakthrough for Nike on all fronts, from the functional layered construction technique on the upper to the black midsole.  The 95′ also presented the inaugural debut of Forefoot Air in a brilliant neon green made ever more attractive by contrast with the unheard of black midsole.  Compartmentalized air with varying PSI units in the heel made the shoe an exceptional ride as the super confident Nike Air Max designers placed a quiet Swoosh near the ankle, letting the shoe’s beauty speak for itself.