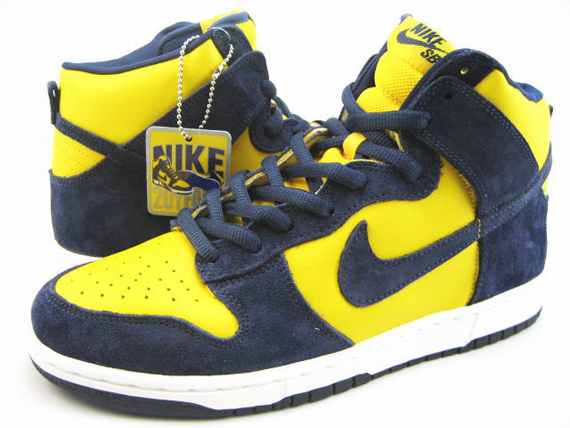 In late 2005, Nike SB released the Be True To Your School collection to recognize the 20th anniversary of the Dunk High’s debut as a team sneaker for many top college basketball squads. Seven of the nation’s elite college basketball programs were chosen to be part of the Be True To Your School collection. This pair was inspired by the Michigan Wolverines and feature a Varsity Maize and Midnight Navy color scheme. 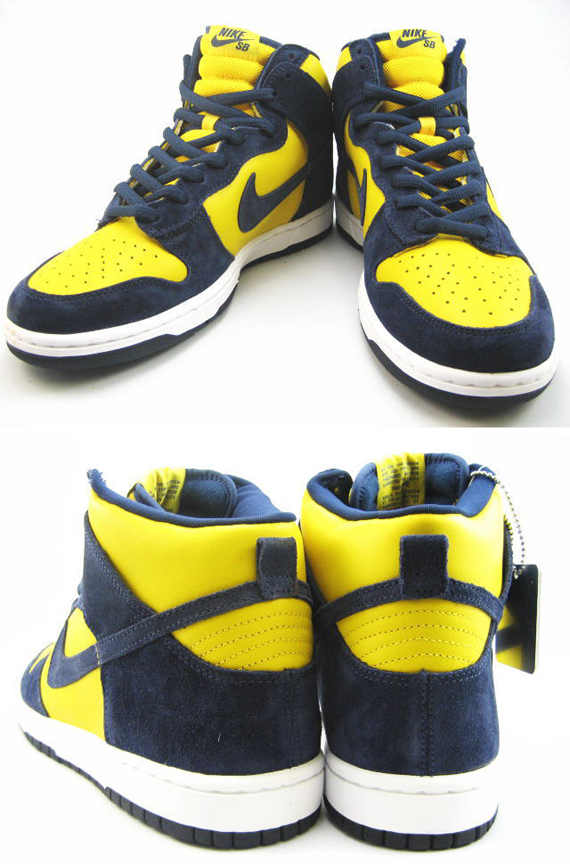 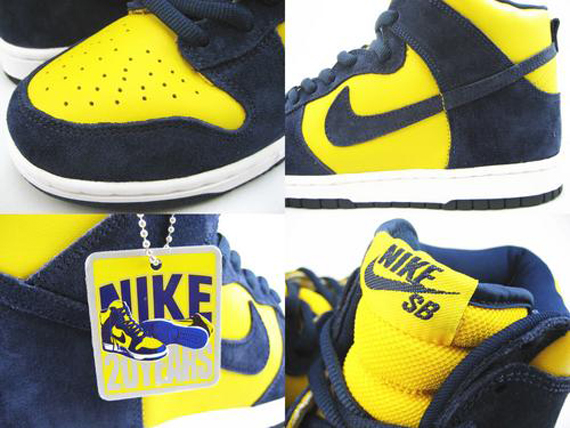