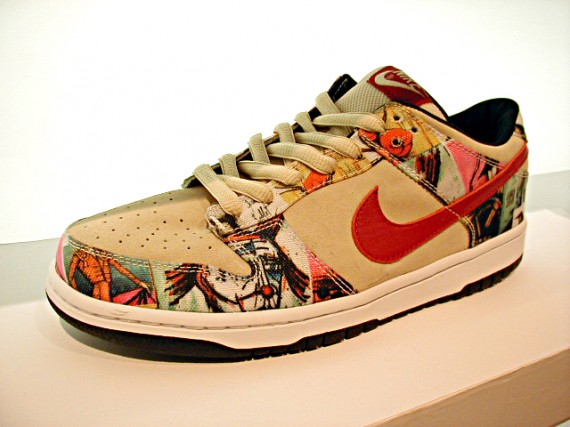 Probably the most expensive Nike SB on the market now, the Paris Dunks were extremely limited with rumors of only 150 to 200 pairs produced.  They were specially made for the “White Dunk” traveling art exhibition when they reached Paris, and are truly works of art themselves.  They feature the workings of French painter Bernard Buffet who passed away in 1999 on the suede and canvas uppers.  There was supposed to be a raffle at the exhibition, but it was later cancelled due to the blowout of people trying to get their hands on a pair.  Instead, the shoes were sold at a few select stores in Paris including Opium and Colette, where people had to wait for days in the cold to get a pair.  If you happen to find a pair, expect to pay well over a $1,000 for them.