The Nike LeBron 18 is LeBron James' 18th mainline signature sneaker with NIKE, Inc. Unofficially unveiled by James during the continuation of the 2019-2020 NBA season in Orlando, Florida, the silhouette is scheduled to debut at retail on September 21st, 2020 in a Greater China-exclusive “Empire Jade” colorway.

First-looks at and sketches of the latest Nike Basketball model reveals a two-part design ethos. Uppers are divided between a Flyknit construction reminiscent of the Nike LeBron 16 from midfoot to forefoot and molded structure from midfoot to heel. As with other recent footwear options from The Swoosh, James' 18th Nike LeBron features Zoom Air cushioning at the forefoot and a Max Air unit specifically engineered for basketball at the heel, which debuted on the Nike LeBron 7 in 2009. Three visible Air units also appear on the tongue, a first for James' footwear roster. Led by Jason Petrie, the sneaker's design was specifically engineered to blend speed and power for the kid from Akron's 16th season in the League.

Currently, the Nike LeBron 18 is set to launch in four different colorways inspired by James' accolade, family, and current Los Angeles Lakers squad. Standard pricing is listed at $200 USD, while special editions of the sneaker come in at $225 USD. 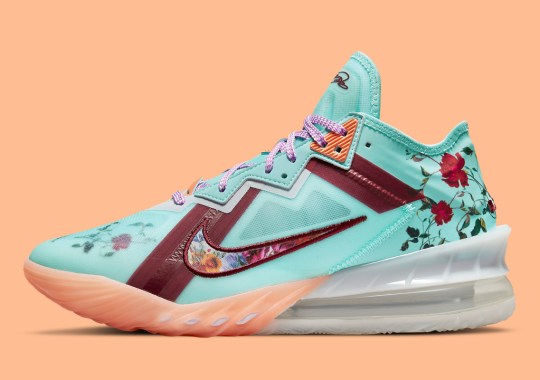 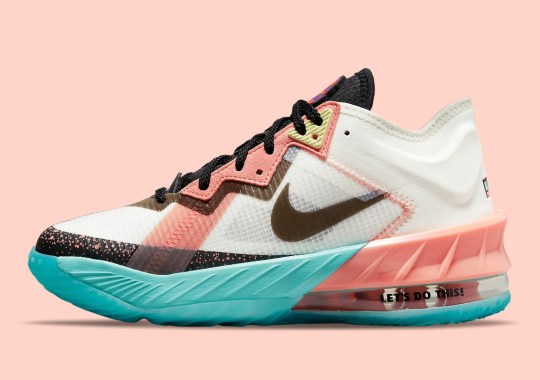 Lola Bunny Gets Her Own Nike LeBron 18 Low 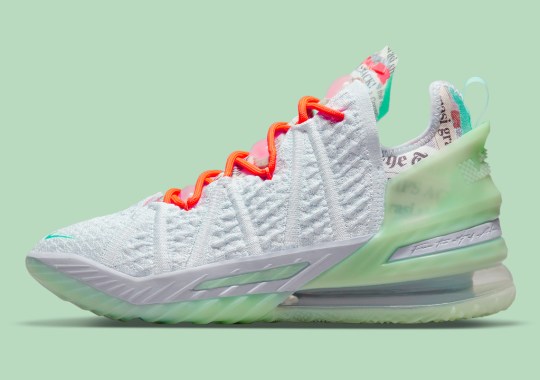 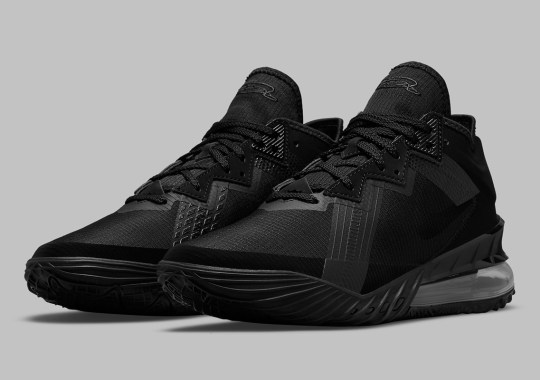 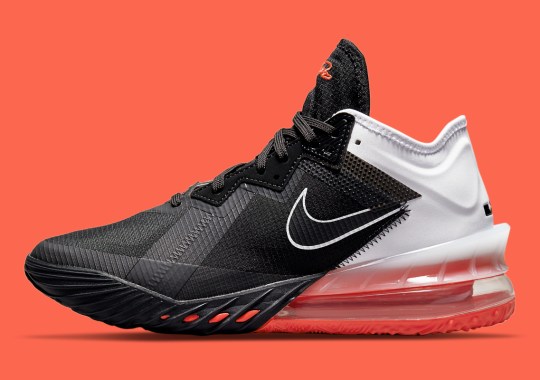 Official Images Of The Nike LeBron 18 Low “Heart Of Lion” 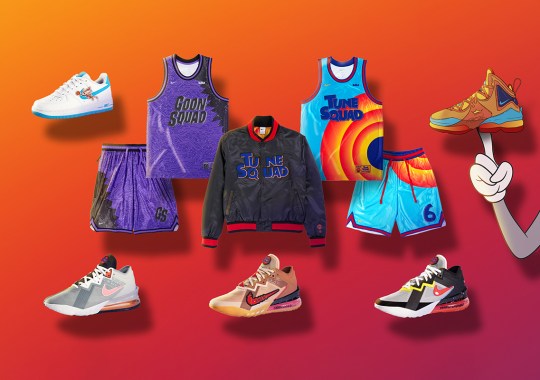 Nike, Converse, And LeBron Come Together To Celebrate Space Jam: A New Legacy 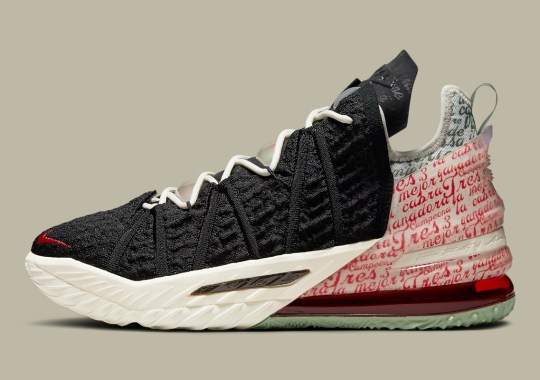 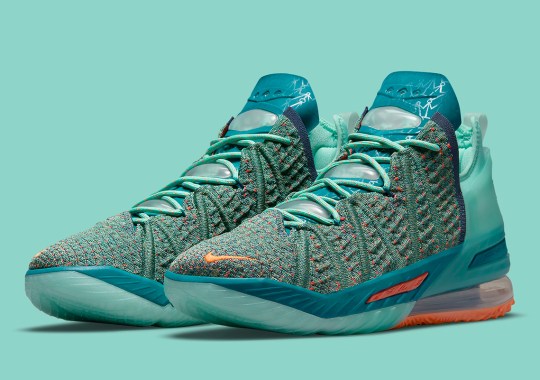 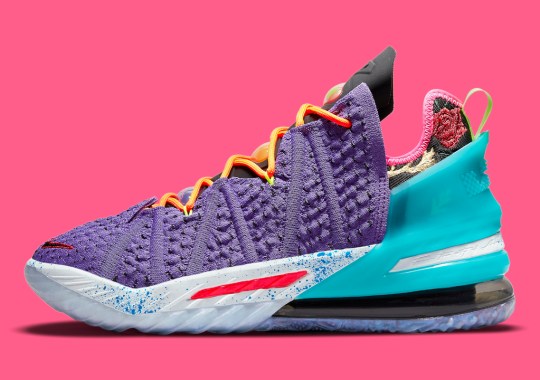