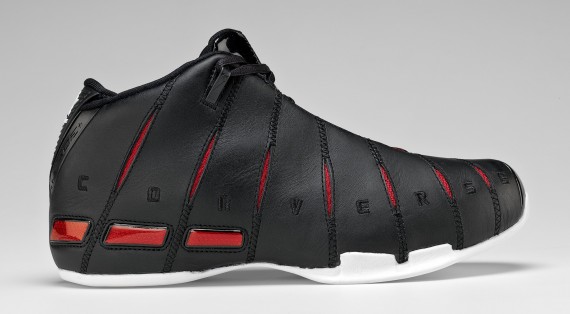 Dwyane Wade, a five-time NBA All-Star, 2006 NBA Finals MVP, and also a member of the latest Gold Medal USA Basketball Team from the 2008 Beijing Summer Olympics, is having arguably his best NBA Season yet and is in the hunt for the MVP trophy. Converse along with Wade have decided to reissue Wade’s first signature shoe, the Converse WADE 1, the same shoe that DWade wore when he led the Miami Heat to their first NBA Championship in 2006. A few updates have been made to the shoe to commemorate Wade’s accomplishments over the years including a “.08” on the inner heel of the shoe which is symbollic of the two game winning shots Wade hit during that 2006 season. Additionally Wade’s number 3 is featured on the shoelaces’ eyelet and his name is featured on both the heel and tongue of the shoe. The shoe will be available starting on Friday, April 10th, exclusively at Champs Sports.